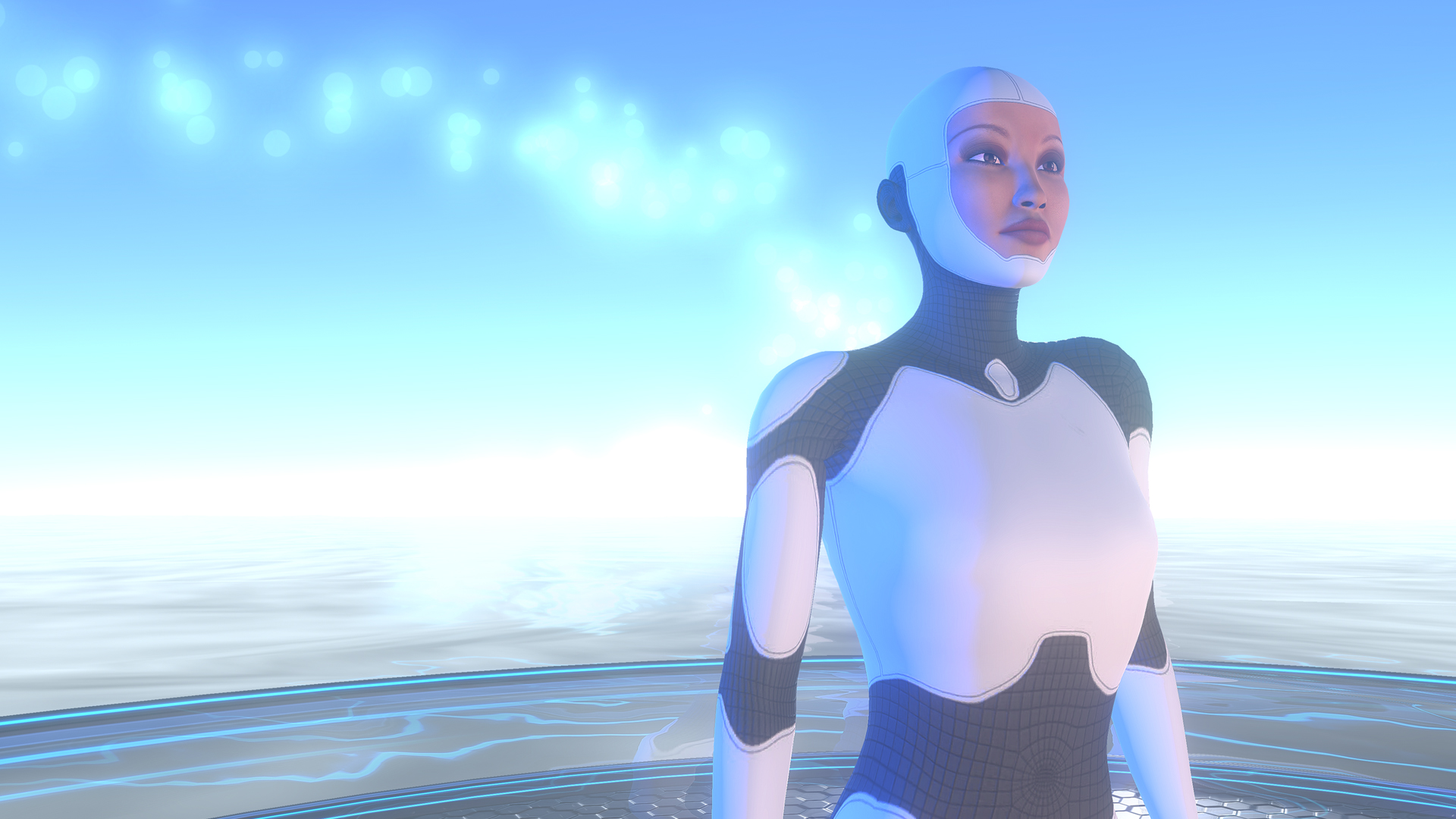 Kal Simpson recently had the chance to sit down and have an extensive interview with SILVIA's Chief Product Officer – Cognitive Code, Alex Mayberry.  SILVIA is a company that specializes on conversational AI that can be adapted to a variety of platforms and applications.  Kal's comments are in bold while Alex's are in italics. 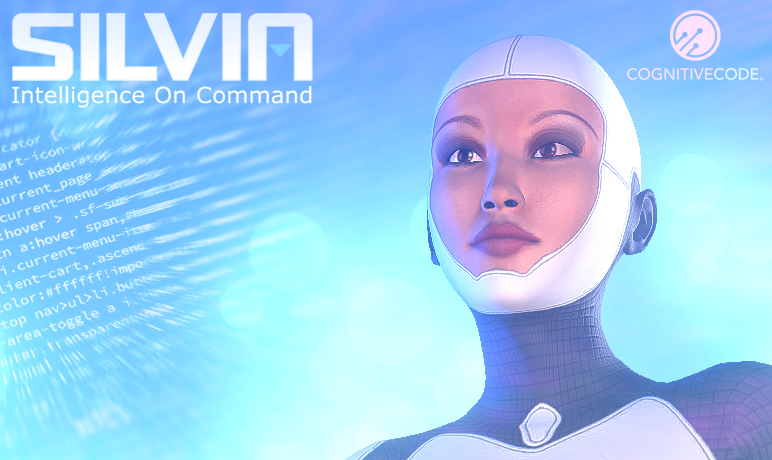 Always good to speak with you Alex. Whether it's the latest Triple-A video game release or the progress being made in changing the way we play, virtual reality for instance – your views and developments within the gaming space as a whole remains impressive. Before we begin, I’d like to give the audience a brief flashback of your career history. Prominent within the video game industry you’ve been involved with many, many titles – primarily within the PC gaming space. Quake 2: The Reckoning, America’s Army, a plethora of World of Warcraft titles.

Those more familiar with your work know you as the lead game producer for Diablo 3 / Reaper of Souls, as well as the executive producer for Star Citizen. The former of which we spoke on during the release of the game for PC, PlayStation 4 and the Xbox One, back in 2014.

So I ask, given your huge involvement with some of the most popular titles, what sparked your interest within the development of intelligent computing platforms? No-doubt the technology can be adapted to applications within gaming, but what’s the initial factor that drove you to Cognitive Code – the SILVIA technology?

AM: Conversational intelligence was something that I had never even thought about in terms of game development. My experience arguing with my Xbox and trying to get it to change my television channel left me pretty sceptical about the technology. But after leaving Star Citizen, my paths crossed with Leslie Spring, the CEO and Founder of Cognitive Code, and the creator of the SILVIA platform. Initially, Leslie was helping me out with some engineering work on VR projects I was spinning up. After collaborating for a bit, he introduced me to his AI, and I became intrigued by it. Although I was still very focused on VR at the time, my mind kept drifting to SILVIA.

I kept pestering Leslie with questions about the technology, and he continued to share some of the things that it could do. It was when I saw one of his game engine demos showing off a sci-fi world with freely conversant robots that the light went on in my head, and I suddenly got way more interested in artificial intelligence. At the same time, I was discovering challenges in VR that needed solutions. Not having a keyboard in VR creates an obstacle for capturing user input, and floating text in your field of view is really detrimental to the immersion of the experience. Also, when you have life-size characters in VR, you naturally want to speak to them. This is when I got interested in using SILVIA to introduce an entirely new mechanic to gaming and interactive entertainment. No more do we have to rely on conversation trees and scripted responses. 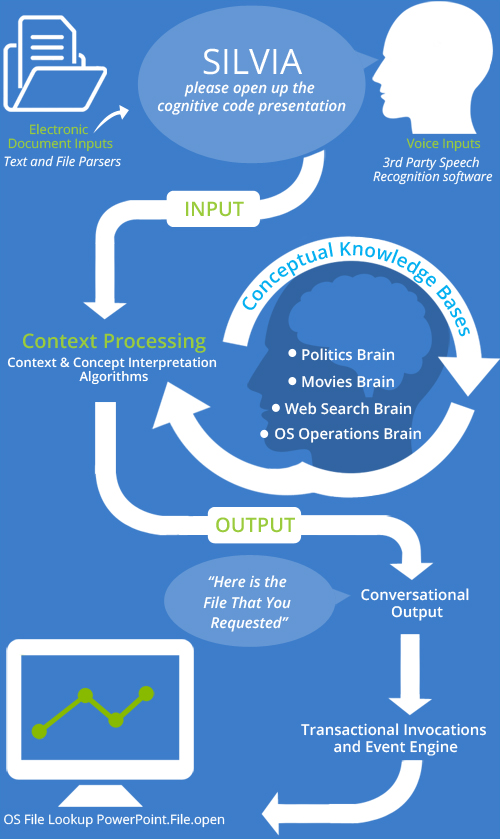 No more do we have to read a wall of text from a quest giver. With this technology, we can have a realistic and free-form conversation with our game characters, and speak to them as if they are alive. This is such a powerful tool for interactive storytelling, and it will allow us to breathe life into virtual characters in a way that’s never before been possible. Seeing the opportunity in front of me, I joined up with Cognitive Code and have spent the last 18 months exploring how to design conversationally intelligent avatars. And I’ve been having a blast doing it.

Screaming at my Xbox telling myself it works “just fine” – knowing deep down inside at the core of my gut “This is sad” – stop wasting time and pick up the gamepad…the torture.

Could you provide a brief explanation as to what SILVIA is a platform, as well as the meaning behind the name?

AM: SILVIA stands for “Symbolically Isolated Linguistically Variable Intelligence Algorithms”. Put simply, SILVIA is an artificial intelligence platform that can be used to develop any kind of natural language application. The software allows a computing device to accept verbal or textual input, infer the associated context and intent, and then respond in a meaningful and relevant way. The software can also learn about the user, and carry out commands and tasks on their behalf, acting as a digital intermediary for other applications and services. 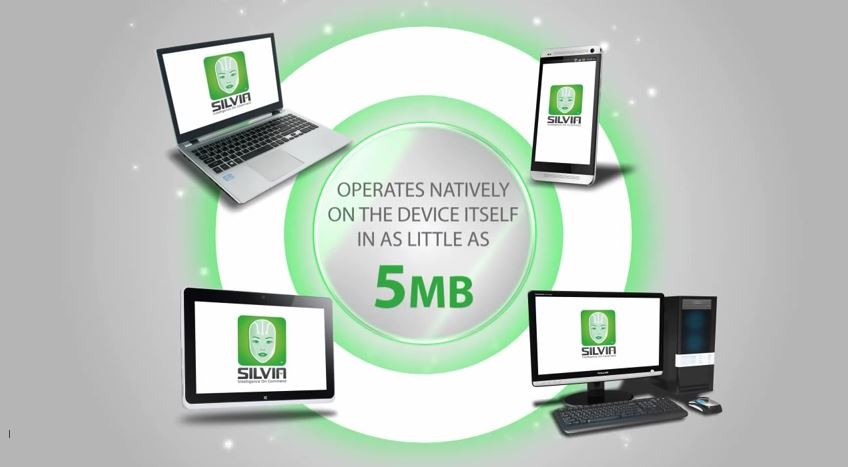 The most interesting thing I’ve come to notice about the SILVIA technology is the fact that it’s not burdened by being platform specific. It’s not developed for one specific platform, software or hardware. It’s platform-agnostic for the purposes of being deployed both locally as well as for cloud functionality, within any development space regardless of the intention of the software.

AM: This is an aspect that is very unique to SILVIA. One reason behind this is that the platform is very mature when compared to other intelligence platforms. It has been in development for more than 10 years now, and was built from the ground up to be lightweight, portable, and modular. Because SILVIA is not tied to a single platform, it gives her the ability to be mobile, and to go where the user goes. And because SILVIA can operate without an internet connection, it means she can be utilized in spaces where other natural language systems cannot operate.

Could SILVIA benefit from an always-online environment? While this would depend on the application in question or a specific use-case, as an artificial intelligence platform being utilized for the purposes of natural language, I imagine the potential would be there.

AM: SILVIA can certainly work in an always-on mode. She can also be set to only respond when she’s addressed by name. It really depends on how the platform is being utilized. In a game setting for example, we can detect when the player is looking at a character and automatically open the microphone for voice input. This allows for a fluid back-and-forth conversation without having to continuously prompt the AI. 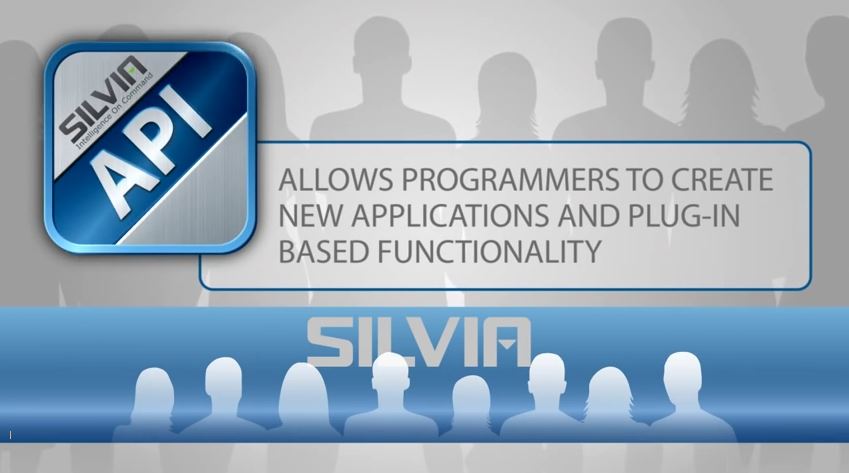 Before touching on the aspects of gaming with A.I. and so forth, which other areas could SILVIA be deployed within? What benefits could it bring to the healthcare industry for example – or financial departments? SILVIA has been described as learning on the job and digesting natural interactions, context, and responses from human language – an intelligence engine. Any form of technology which can replicate human intelligence – or attempt to at the least, is just as threatening as it is exciting.

AM: We currently have SILVIA integrated with Tableau, and we have clients who are utilizing her in their Business Intelligence departments so that they can access their data visualizations by voice. There is a hospital that is using SILVIA to develop training programs in VR for their medical staff. And we’ve seen SILVIA utilized in a variety of government scenarios, including vehicle diagnostic systems. SILVIA has also been introduced to the USC GamePipe Lab, and is being used in student projects. We also have ongoing development happening in other spaces as well, like toys, travel, and customer resource management.

This technology is immensely exciting, but after working with it and understanding exactly how it functions, it has lost any frightening mystique that it may have held. The thing I’ve found with intelligent technology like this is that human beings have a strong inclination to anthropomorphize it. People are very willing to attribute human qualities to a conversational machine. But it’s really just a form of mimicry that is implemented by design, and not through some sort of conscious will on the part of the software. Any human-like qualities are put there on purpose, and while the interactions may be illusory, when done correctly they can feel very real. And that’s part of what makes the platform so compelling to me as a designer.

Bored? Perhaps The Key Is To Switch Away From A Mechanical Life