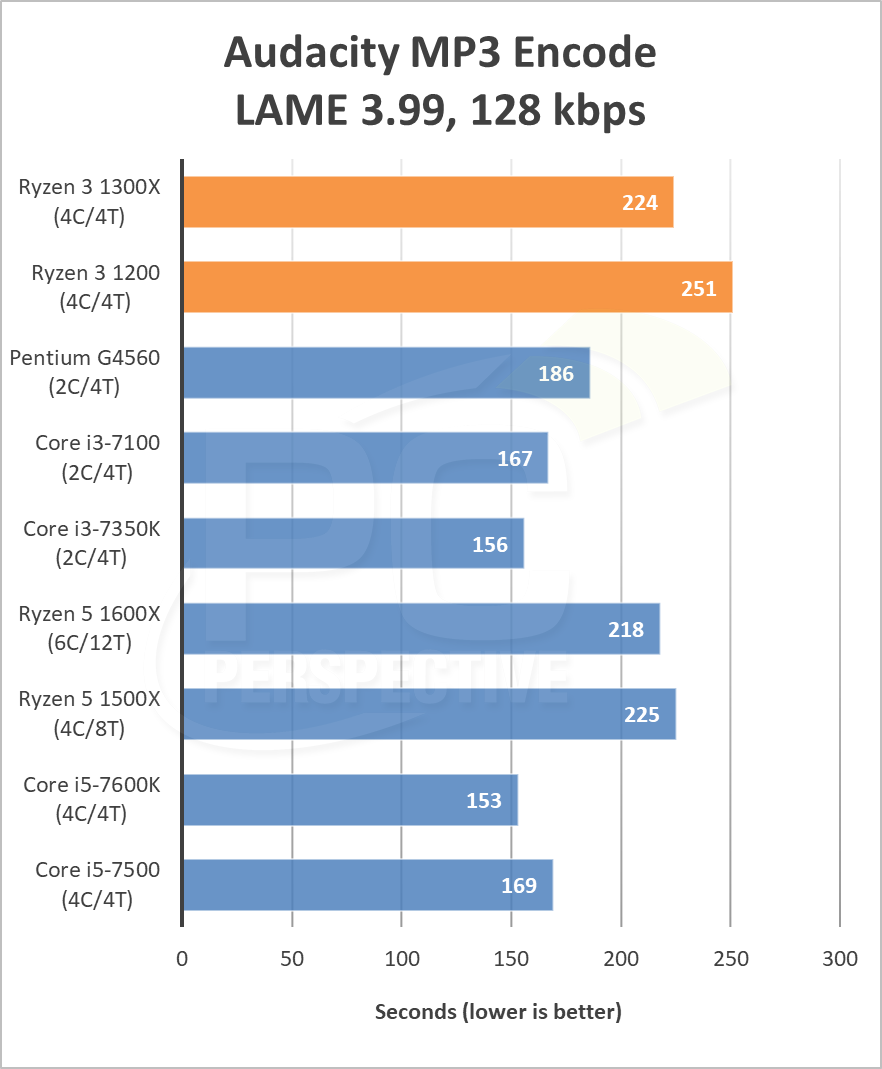 This is a very single threaded application workload (that we honestly added for Ryzen launch to help look at this angle) and the results for the Ryzen 3 are about where we expected based on previous experience. All four Ryzen processor bring up the back of the pack. 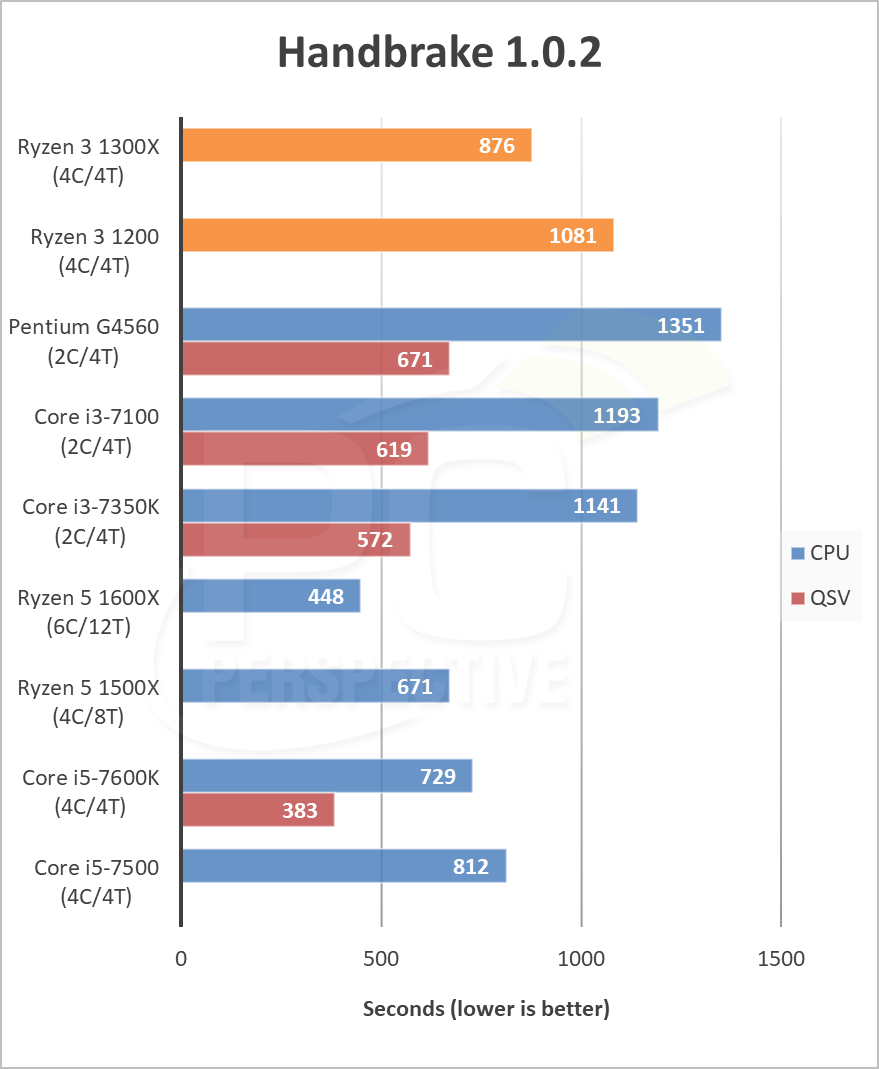 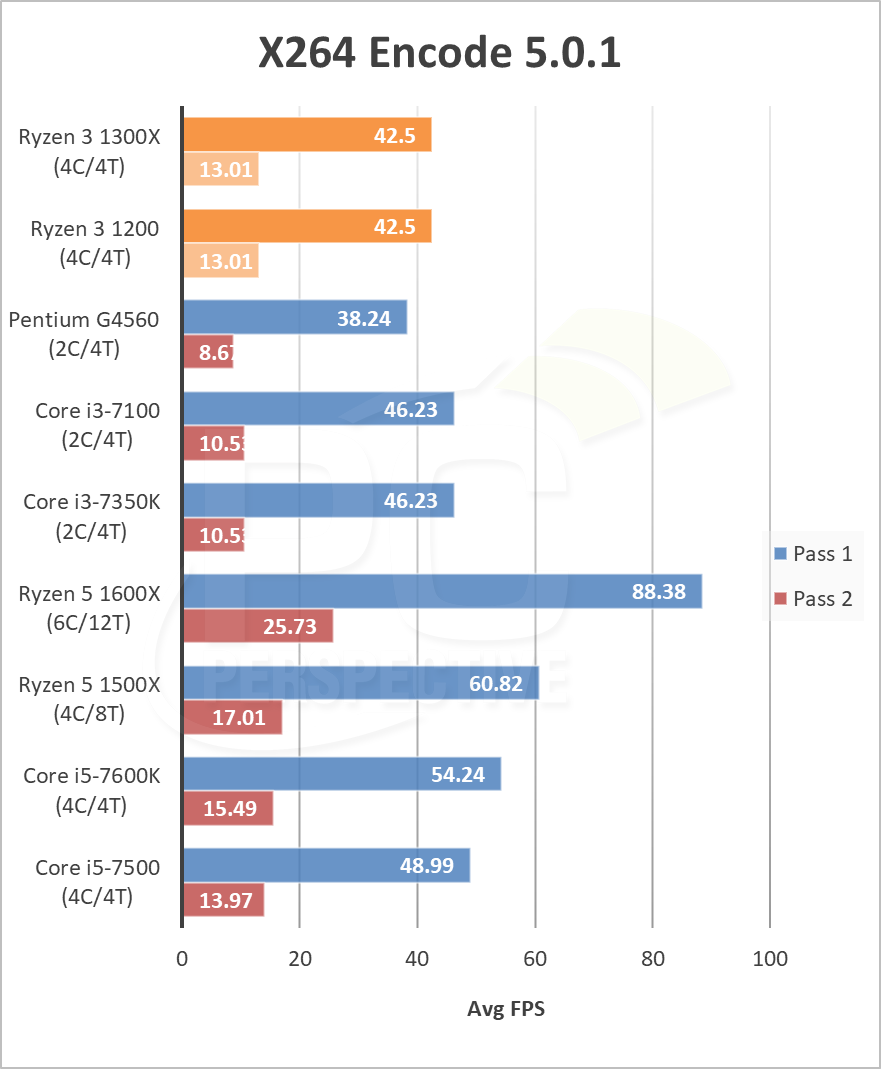 Though the first pass results show equal footing for the Ryzen 3 and the Core i3 hardware, the second pass runs 30% faster on the 1300X and 1200 AMD CPUs compared to the equivalent Core i3 parts. 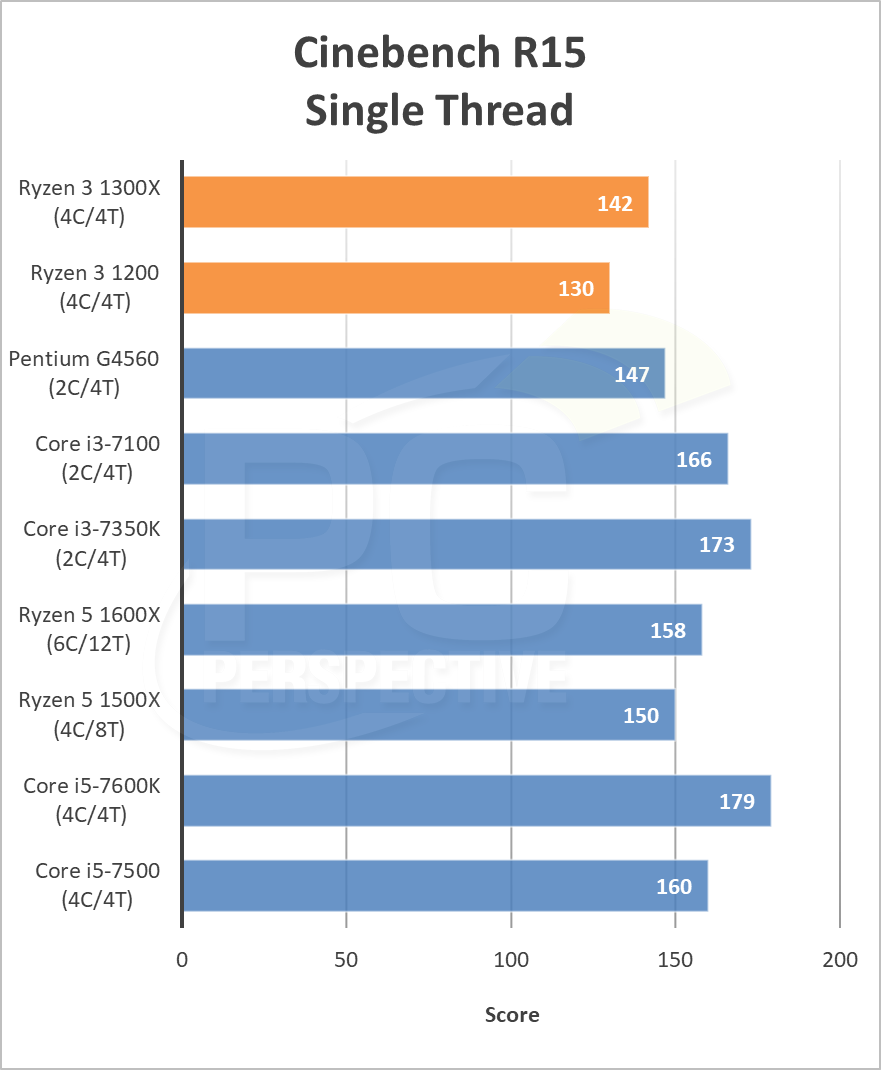 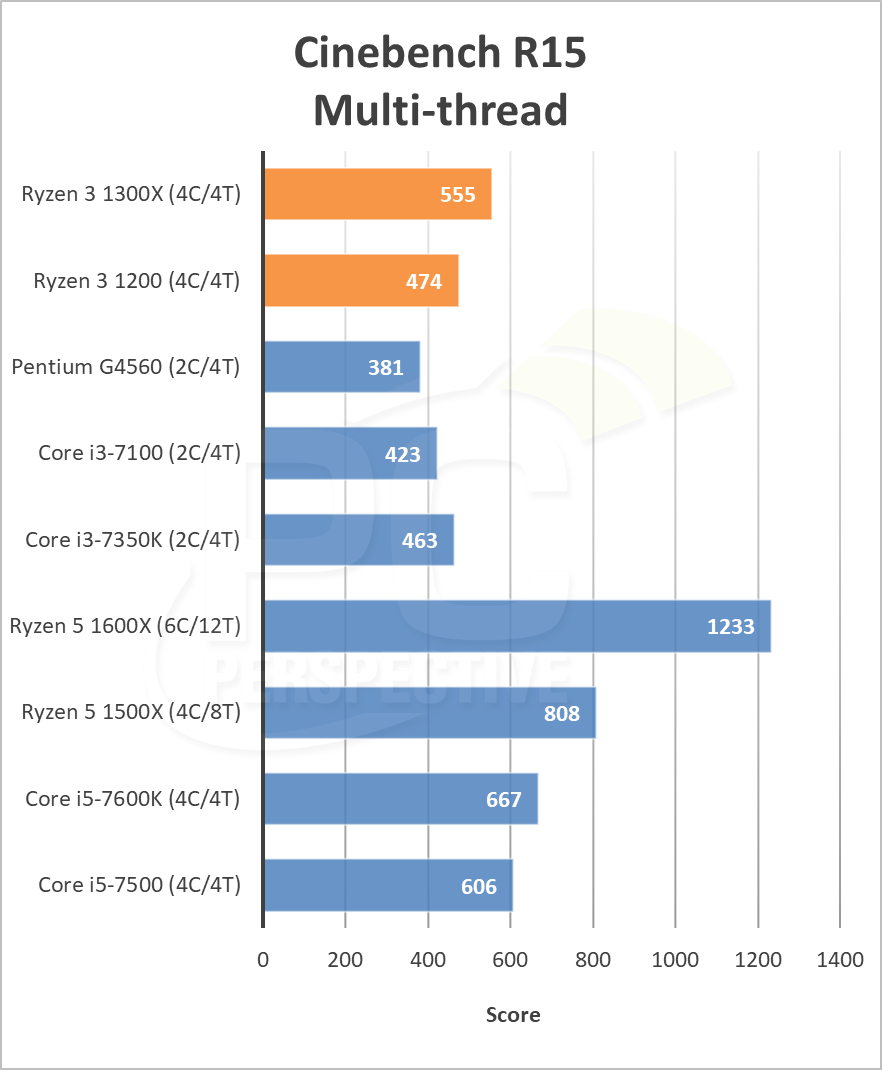 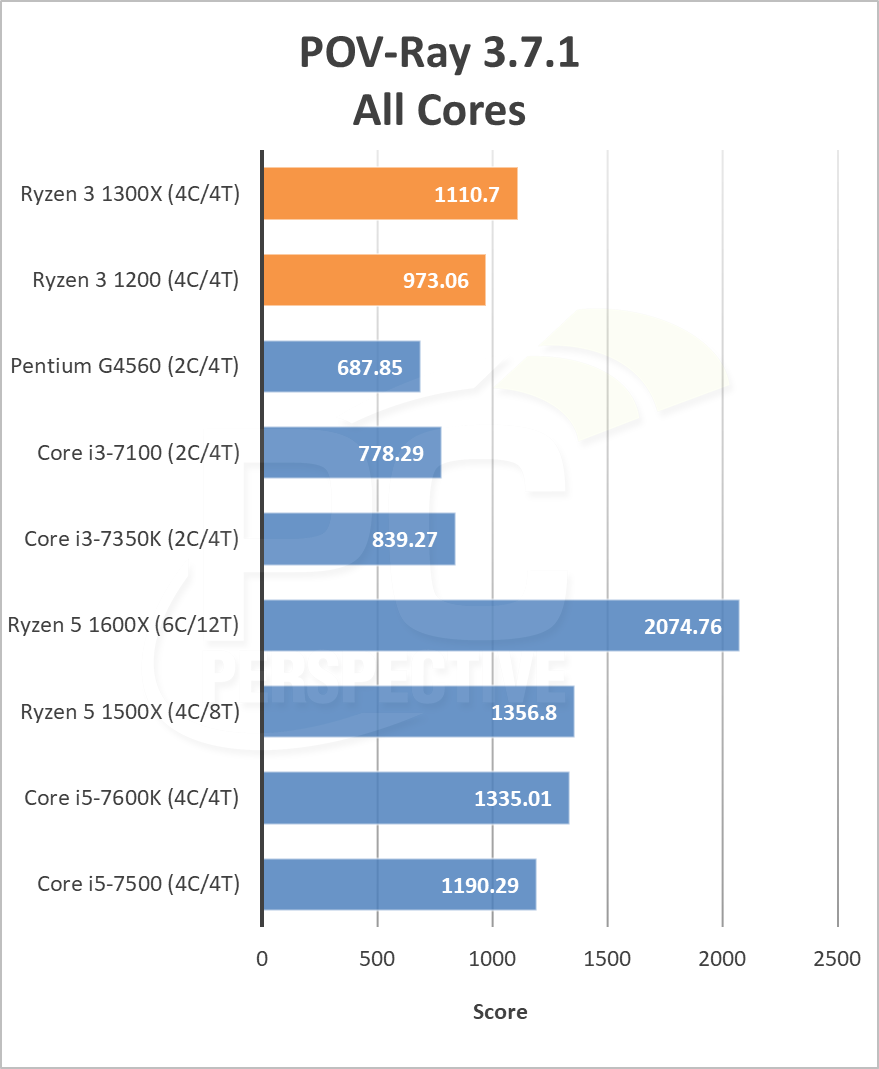 POV-Ray multi-threaded results look a lot like the Cinebench scores, giving the Ryzen 3 hardware a sizeable advantage over the Core i3 family and creeping over so near to the bottom of the Core i5 stack. 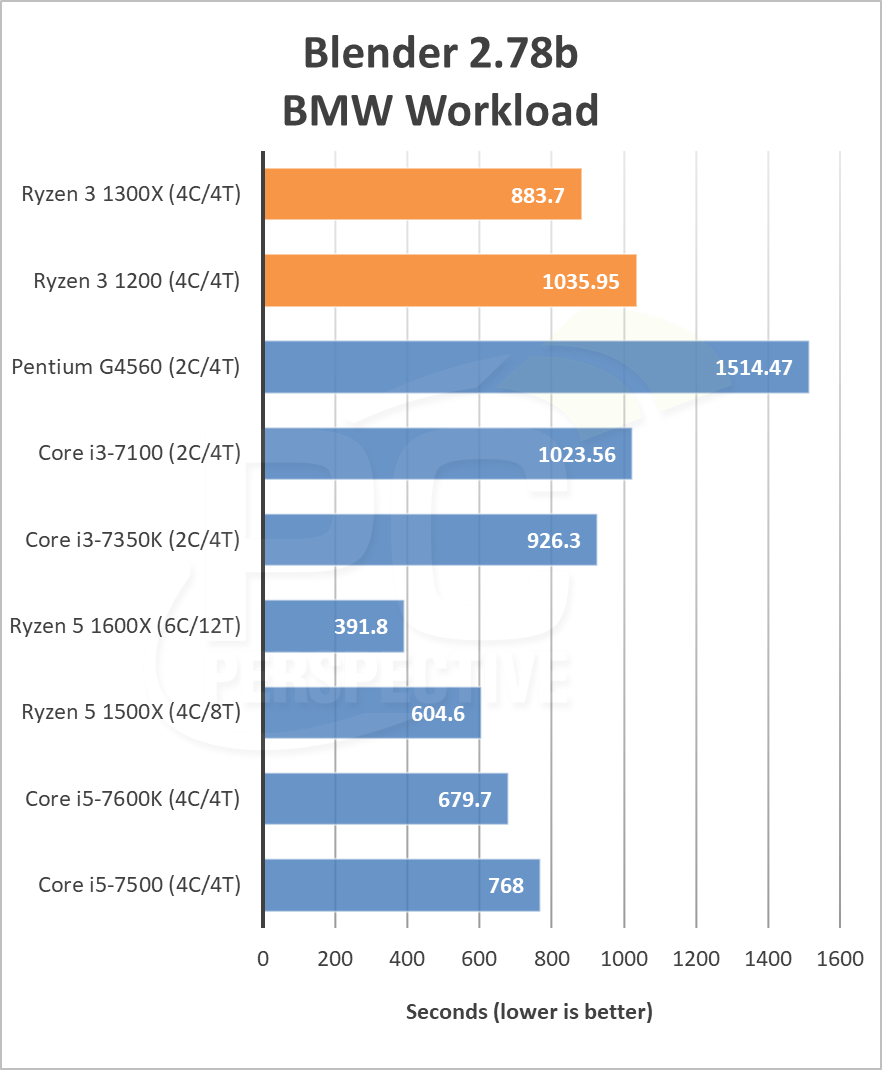 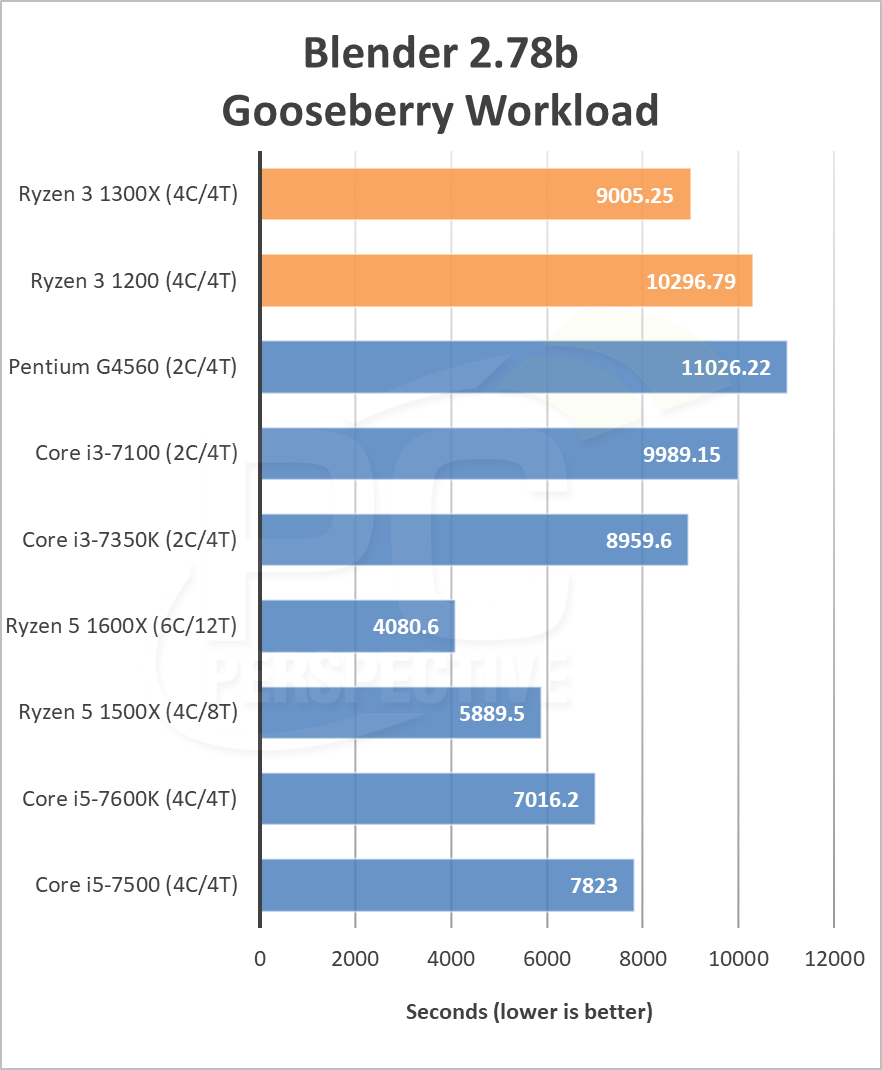