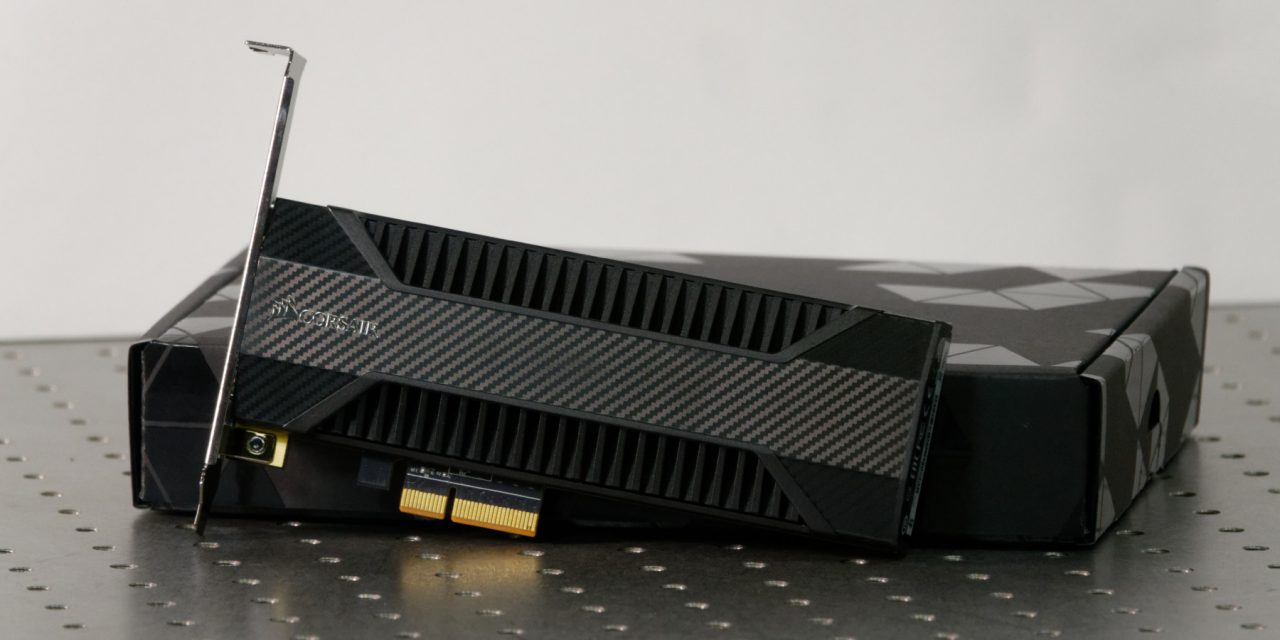 Before we dive in, a quick note: I’ve been analyzing the effects of how full an SSD is on its performance. I’ve found that most SSDs perform greater when empty (FOB) as they do when half or nearly filled to capacity. Most people actually put stuff on their SSD. To properly capture performance at various levels of fill, the entire suite is run multiple times and at varying levels of drive fill. This is done in a way to emulate the actual use of the SSD over time. Random and sequential performance is rechecked on the same areas as additional data is added. Those checks are made on the same files and areas checked throughout the test. Once all of this data is obtained, we again apply the weighting method mentioned in the intro in order to balance the results towards the more realistic levels of fill. The below results all use this method. 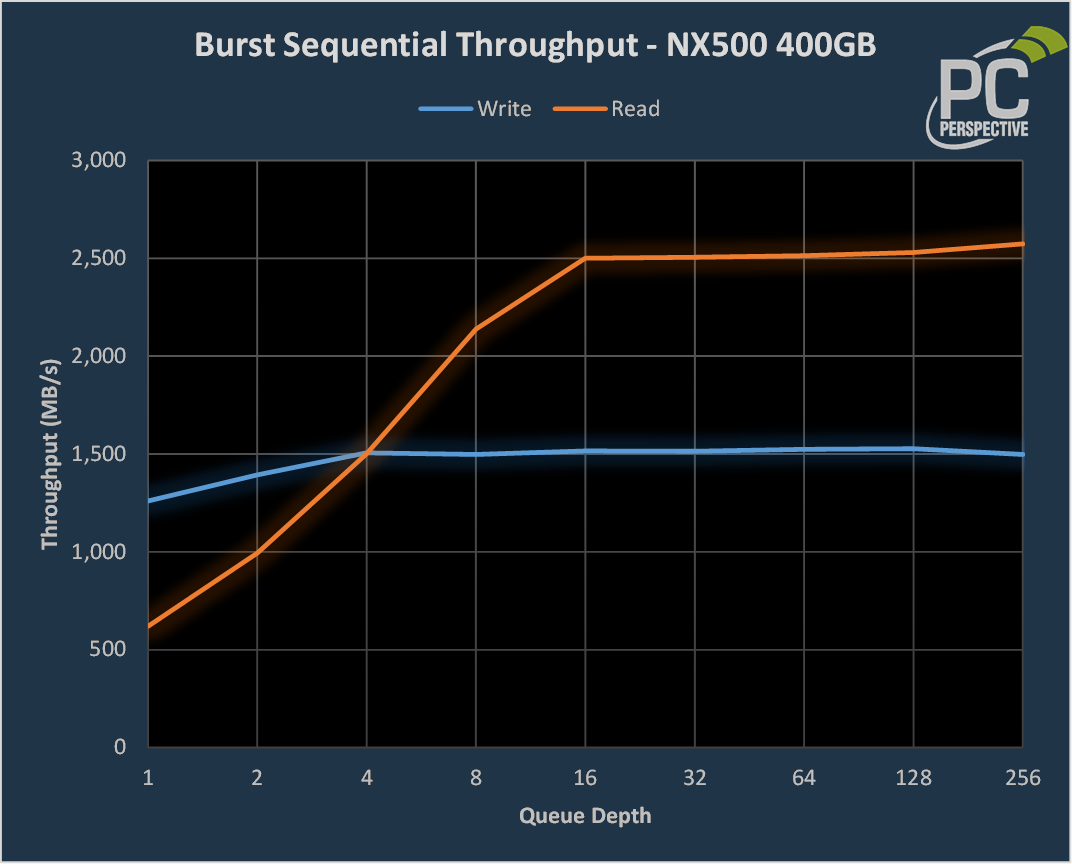 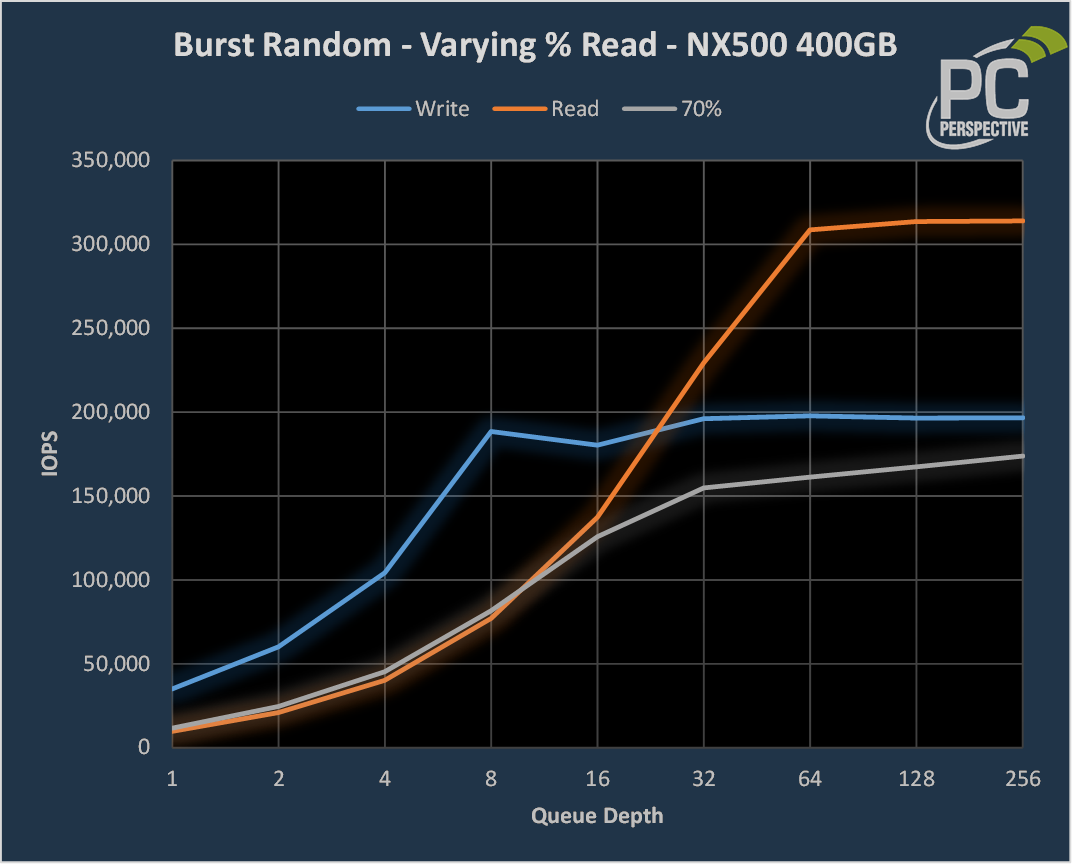 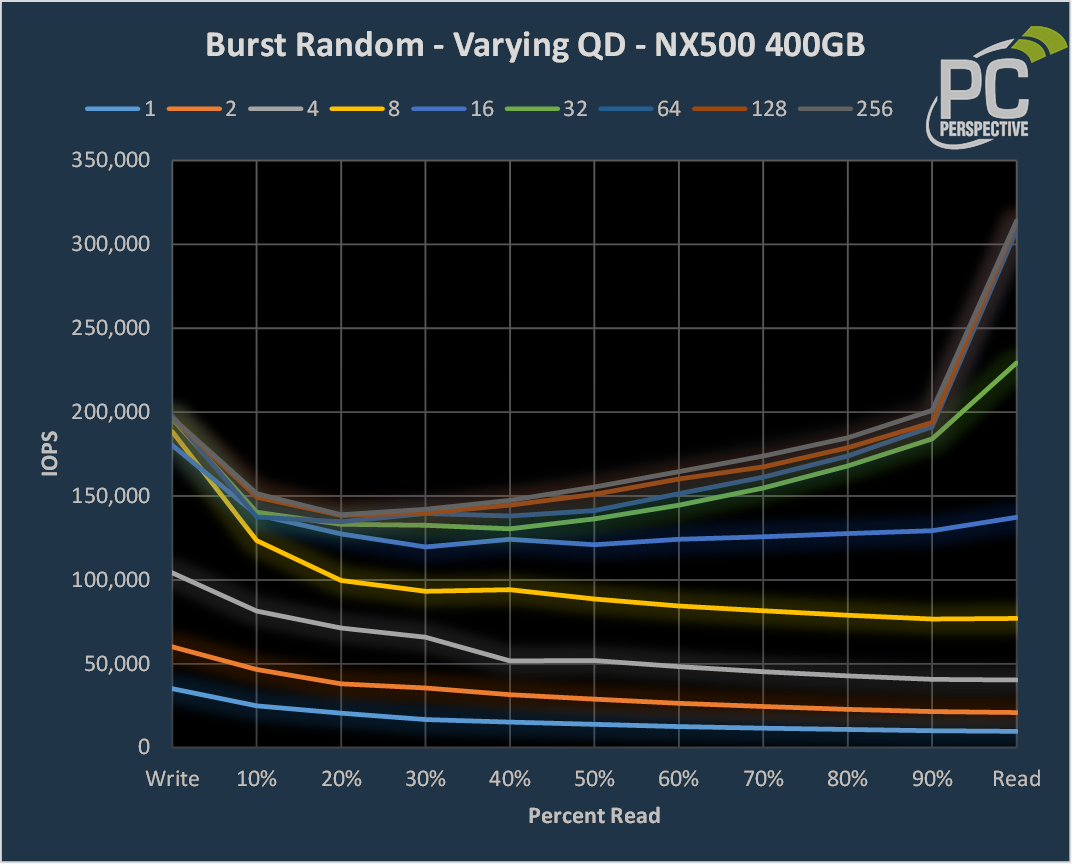 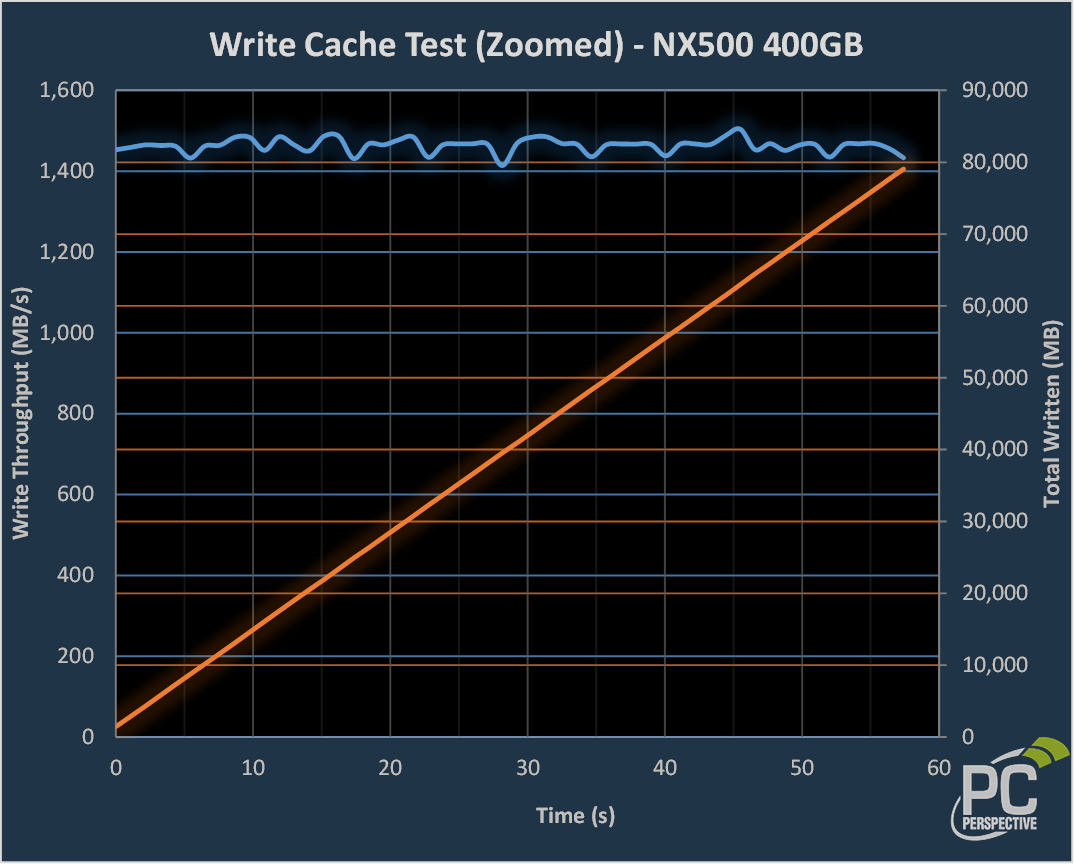 A quick cache test ends our Performance Focus page, and the NX500 shows no evidence of caching at play. 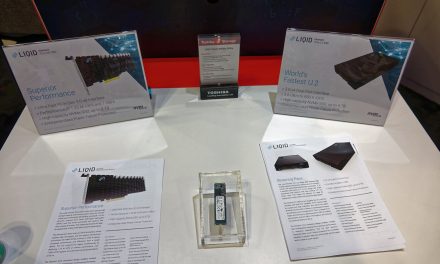 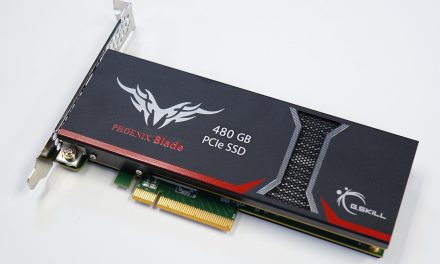