You may have heard that Intel's upcoming 8th-generation processors, code named Coffee Lake, won't be compatible with the current Z270 chipset motherboards. Last week we had another round of rumors and reports about these upcoming – and totally incompatible – new CPUs, with wccftech reporting some details on what to expect with the new processors. Spoiler: MORE CORES.

We begin with the Intel Core i7-8700K, which will reportedly be the company's first mainstream 6-core processor, with previous hex-core offerings limited to HEDT and server. The i7-8700K will run slightly below the current 4-core i7-7700K, with a base frequency of 3.7 GHz (vs. 4.2 GHz with the i7-7700K) and single-core Turbo speeds topping out at 4.3 GHz according to the report. Another point of interest with the 6-core i7 part is TDP, with 95W needed where even the current HEDT parts are into the 130W territory. What of the Core i5? This is where things get a little more interesting, as there appear to be 6-core parts in the i5 family as well, without Hyper-Threading of course. Even the Core i3 parts jump to 4-core configurations with Coffee Lake, which would obviously be another first. 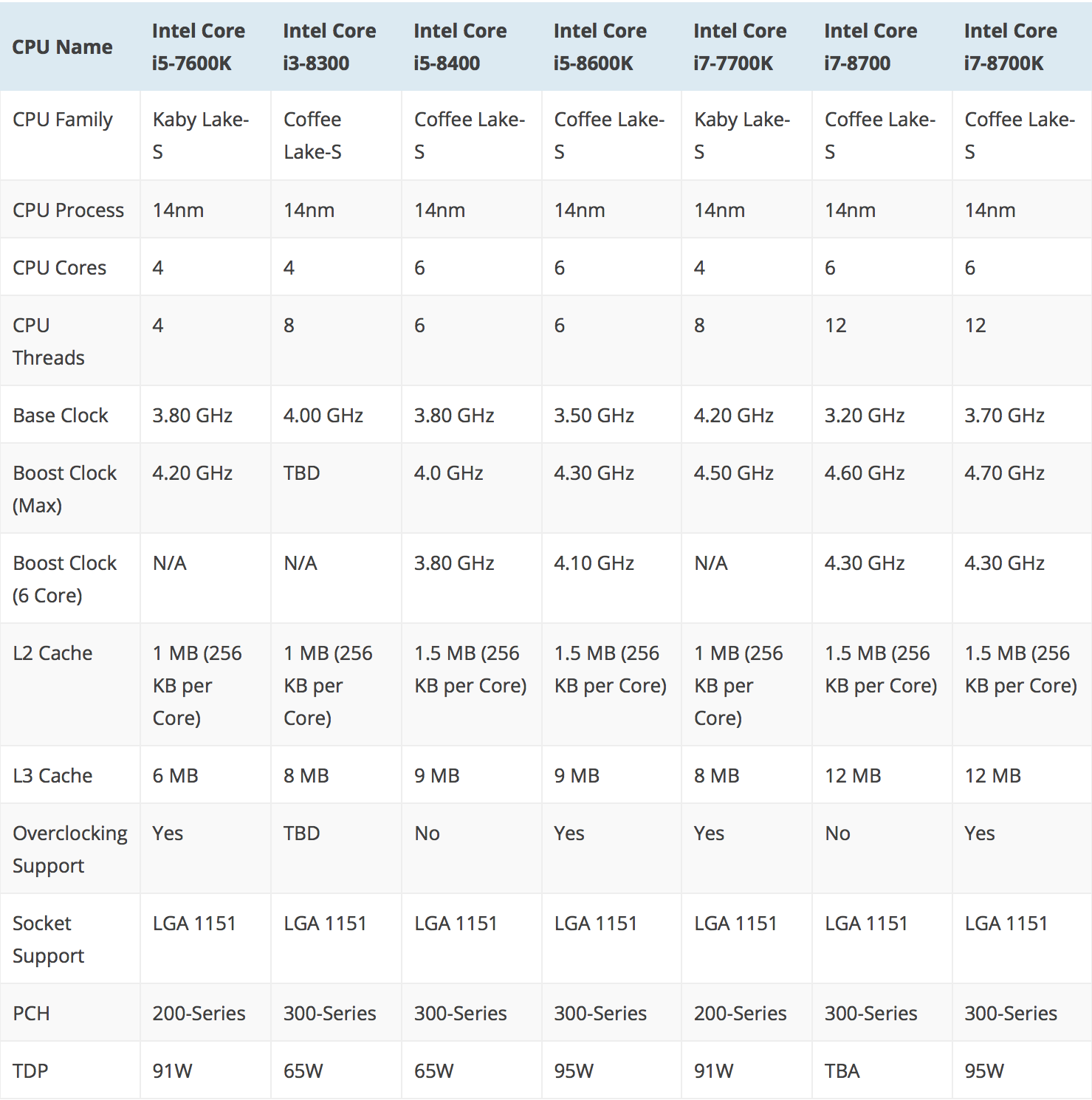 To editoralize a bit, AMD seems to be in a highly influential position in the wake of Ryzen and Threadripper, as Intel is (reportedly, of course) upping the core counts for Core series processors. Sure, Intel could have done this anyway, but looking at their pre-Ryzen products they were quite happy selling 2 – 4 core parts for premium prices before. This is great news for anyone in an era of increasingly multi-thread optimized computing (as long as pricing remains at or below current offerings), and with this healthy competition the second half of the year might be the best time in a very long time to upgrade – be it Intel or AMD. Now, if only graphics cards would fall back down to earth… 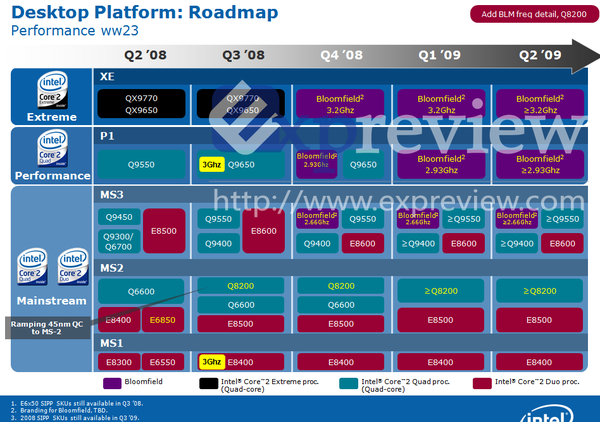 The return of the battle of the servers