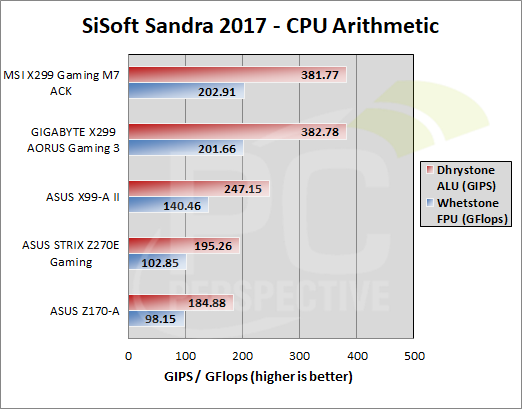 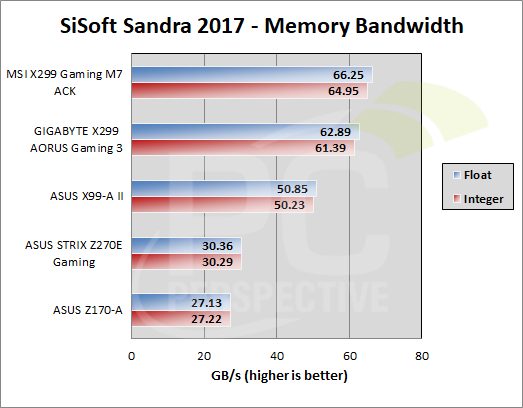 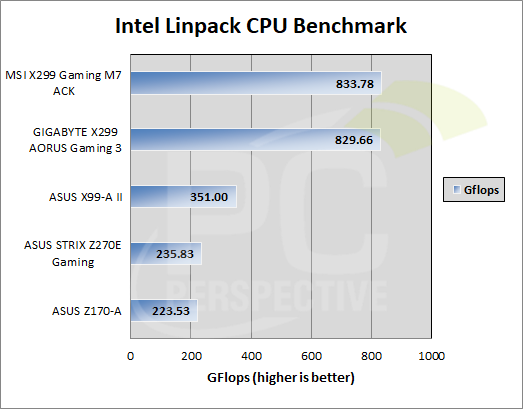 This CPU torture test is a proven method for identifying possible issues with the CPU to motherboard interface layer. The X299 Gaming M7 ACK again performs well with respect to the other Intel X299 system, further indicating its optimal design and operation. 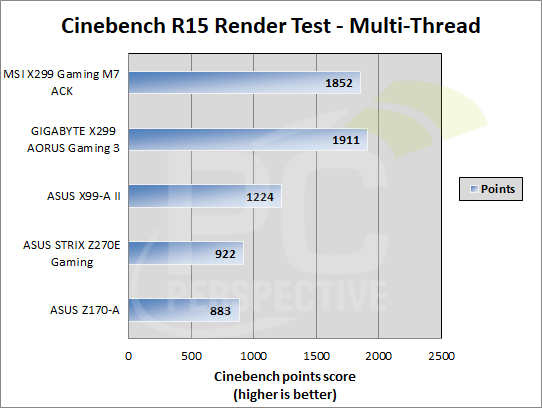 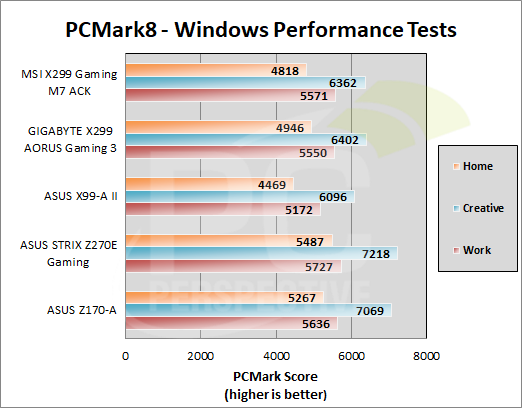 The X299 Gaming M7 ACK again performs on par with the other X299 system, a critical performance measure given this benchmark's wide-ranging application types.

ASUS is making a splash