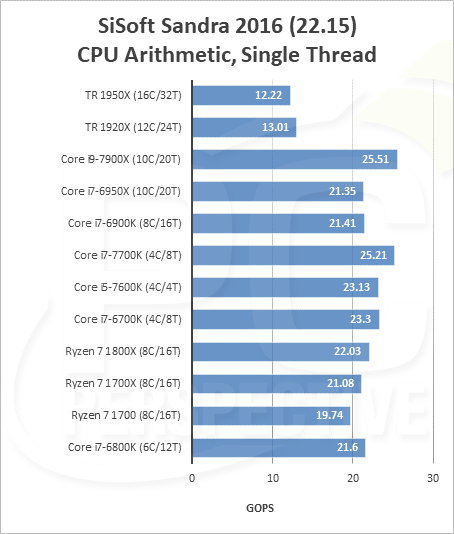 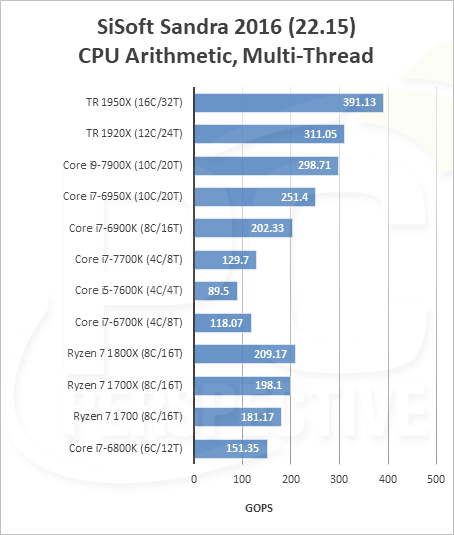 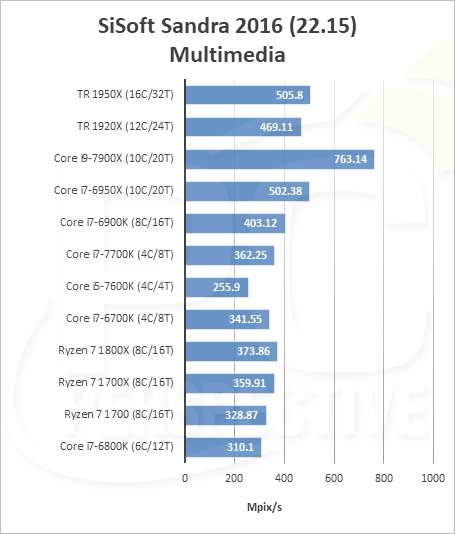 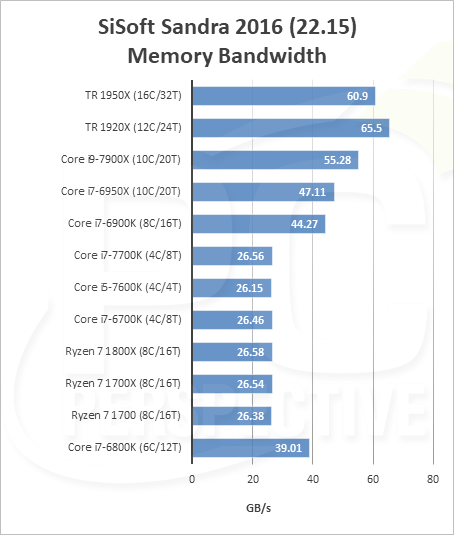 The single threaded performance results on this graph are interesting, but likely point to some issues around how Sandra interacts with the architecture on Threadripper. There is very little reason to suspect that the 1950X is half the speed of the Core i9-7900X in any single threaded workload. On the contrary, the multi-threaded results are in-line with other testing we have conducted. The 1950X is 31% faster than the 7900X while the 12-core 1920X is 4.3% faster, but at a $200 cost advantage. Without wider length AVX support, the multimedia test in Sandra still gives the edge to the Core i9-7900X by a large margin. The memory bandwidth of the quad-channel 1950X and 1920X running at 3200 MHz is impressively high, crossing 60 GB/s. The fact that we see the 1920X at a higher throughput than the 1950X might be a result of having 33% fewer cores, and thus 33% fewer instances of memory accesses across physical die. 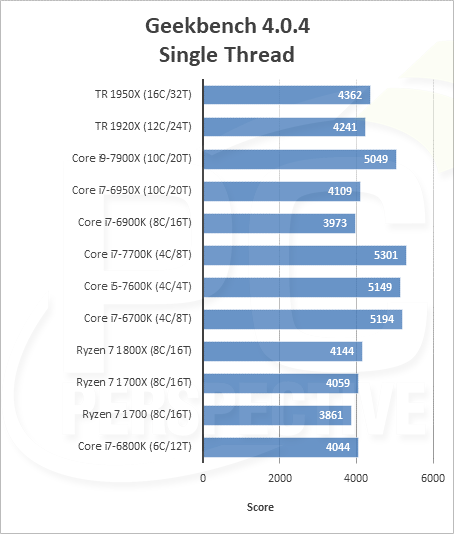 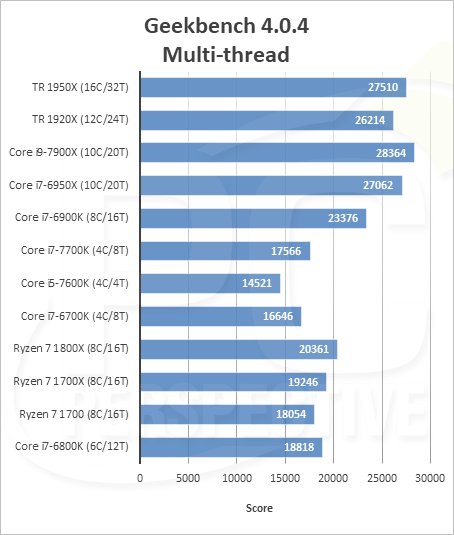 Euler3D is an interesting set of results for AMD Ryzen Threadripper. Having the ability to scale to any number of concurrent threads gives a window into some of the unique performance characteristics. Single threaded results put the 1950X just ahead of the Ryzen 7 1800X, as you would expect, but the Core i9-7900X maintains a 30% advantage. The performance gap remains through 8-threads of compute. When we cross to 12-threads, the added core count of the 1950X helps AMD’s performance, dropping the 7900X’s advantage to 9%. But look at the 1920X, even with 12-threads on a 12-core processor, performance only barely improves from the 8-thread score. In UMA mode, Windows will preference only one logical core per physical core until it has no choice but to move into using SMT. Using all 12 threads on the 1920X appears to bottleneck the processor by saturating the cores and stressing the SMT integration to the point of performance throttling.