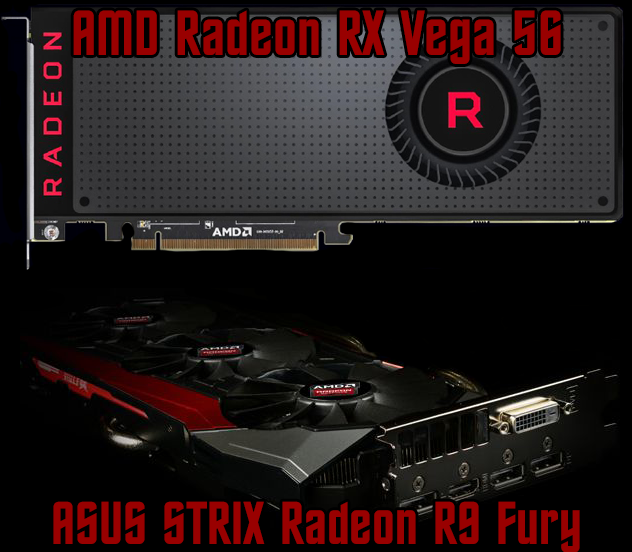 Having wrapped up their initial review of AMD's new RX Vega 56, [H]ard|OCP was curious how it stacks up in a direct competition with last generations R9 Fury.  The comparison is interesting, ROPs and Texture Units are the same in both cards, while the Fury uses HBM1 at a 4096bit interface while the Vega 56 uses HBM2 at 2048; clocks are 500MHz versus 800MHz respectively.  The prices are quite different, the Fury clocked in at $550 while the Vega 56 should be available at $400; not that there is any stock at any price.

Check out the full article for specifics; the short answer is that you can expect the new Vega card to boast an average 25% performance advantage over the Fury.