Apple today announced the successors to the iPhone 7 (and another, more impressive device), and this time the company has decided to forgo the “S” branding of an incremental update as the new phones are simply the iPhone 8 and 8 Plus. Though receiving the expected annual updates (SoC, camera, etc.) the phones still have largely similar designs and are offered with the same screen sizes (4.7 and 5.5 inches) and resolutions of the iPhone 7 and 7 Plus. So what exactly is new?

The new iPhone 8 design, which sports a glass back for the first time since the iPhone 4/4S, allowing Apple to add Qi wireless charging to the iPhone 8/8 Plus, has a new SoC under the hood. Both sizes feature the new 6-core Apple A11 Bionic processor, which combines two high-performance and four "efficiency" CPU cores along with Apple's Neural Engine and M11 motion coprocessor.

The iPhone 8 Plus (image credit: Apple)

During the announcement much was made of camera advancements with the iPhone 8 Plus specifically, with its dual camera system now sporting optical image stabilization for both wide-angle and telephoto cameras – although Samsung was able to beat Apple to the punch with the Note8 announcement last month, with dual-OIS a major feature of the Note8’s rear camera system.

The biggest announcement was saved for last, with an homage to the Steve Jobs Columbo-inspired "one more thing" from CEO Tim Cook at the end of the keynote presentation. The iPhone X (pronounced ten, as this is the Roman numeral – though I imagine just as many people will say “ex” as they did when Apple used this for their OS) will occupy a new premium iPhone space for Apple, segmenting the iPhone in a way they never did in the first ten years. 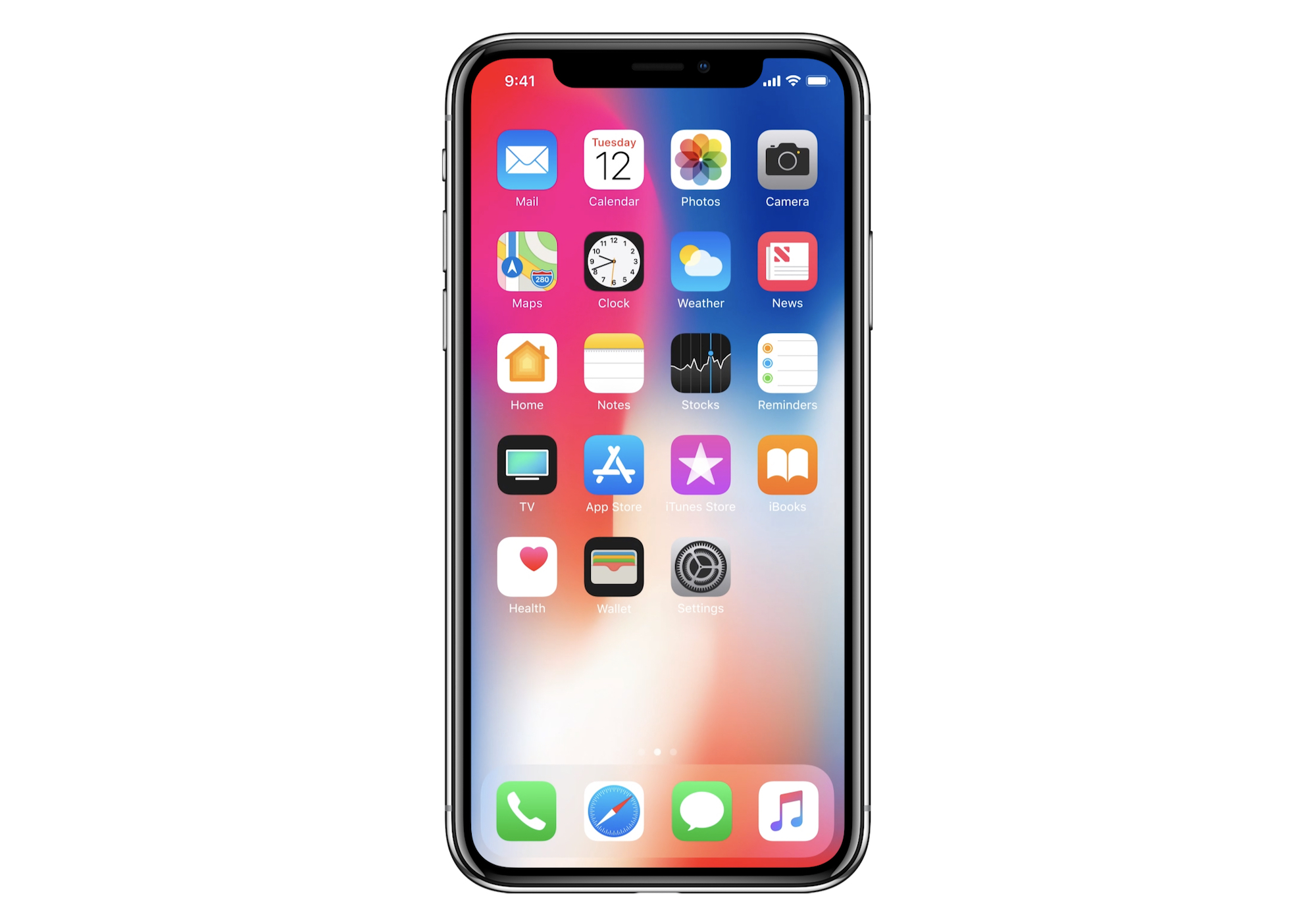 The 5.8-inch display is OLED, and from Apple's remarks on this it could be inferred that we are going to see the first RGB-stripe OLED display on a phone, rather than the PenTile matrix subpixel layout common to existing AMOLED displays (here's hoping).

“The beautiful 5.8-inch Super Retina display is the first OLED panel that rises to the standards of iPhone, with stunning colors, true blacks, a million-to-one contrast ratio and wide color support with the best system-wide color management in a smartphone. The HDR display supports Dolby Vision and HDR10, which together make photo and video content look even more amazing. The addition of True Tone dynamically adjusts the white balance of the display to match the surrounding light for a more natural, paper-like viewing experience.”

The top of the display houses the TrueDepth camera system (image credit: Apple)

iPhone X is a striking design, though far less impressive than it might have been if Samsung had not released the Galaxy S8 – with its beautiful edge-to-edge display – beforehand. A (nearly) full-body OLED front display (featuring what Apple is calling "Super Retina HD" resolution) on the iPhone X is interrupted by an upper area occupied by a cluster of cameras and other devices required to make the new FaceID system function, which creates an odd protrusion into the screen that is especially cumbersome when the device is in its horizontal position (as a result full-screen videos do not use the full width of the display, either).

In what this editor considers a concession masquerading as progress, FaceID likely replaces an in-display fingerprint sensor which neither Apple nor Samsung have been able to successfully implement. For their part Samsung slapped a clunky sensor on the rear of their GS8/GS8+, next to the camera sensor (which for some users will be eternally smeared as a result). Apple decided against implementing a rear fingerprint sensor, leaving only a facial recognition tech for biometrically securing the device. This is fine as long as iPhone X users are fine with appearing to take a selfie every time they want to unlock their phone, and the technology (which does work in the dark thanks to IR) seems impressive.

Specs for this new iPhone X include (view the rest from Apple here):

The battery "lasts up to 2 hours longer than iPhone 7", but actual capacity was not announced for the iPhone X. 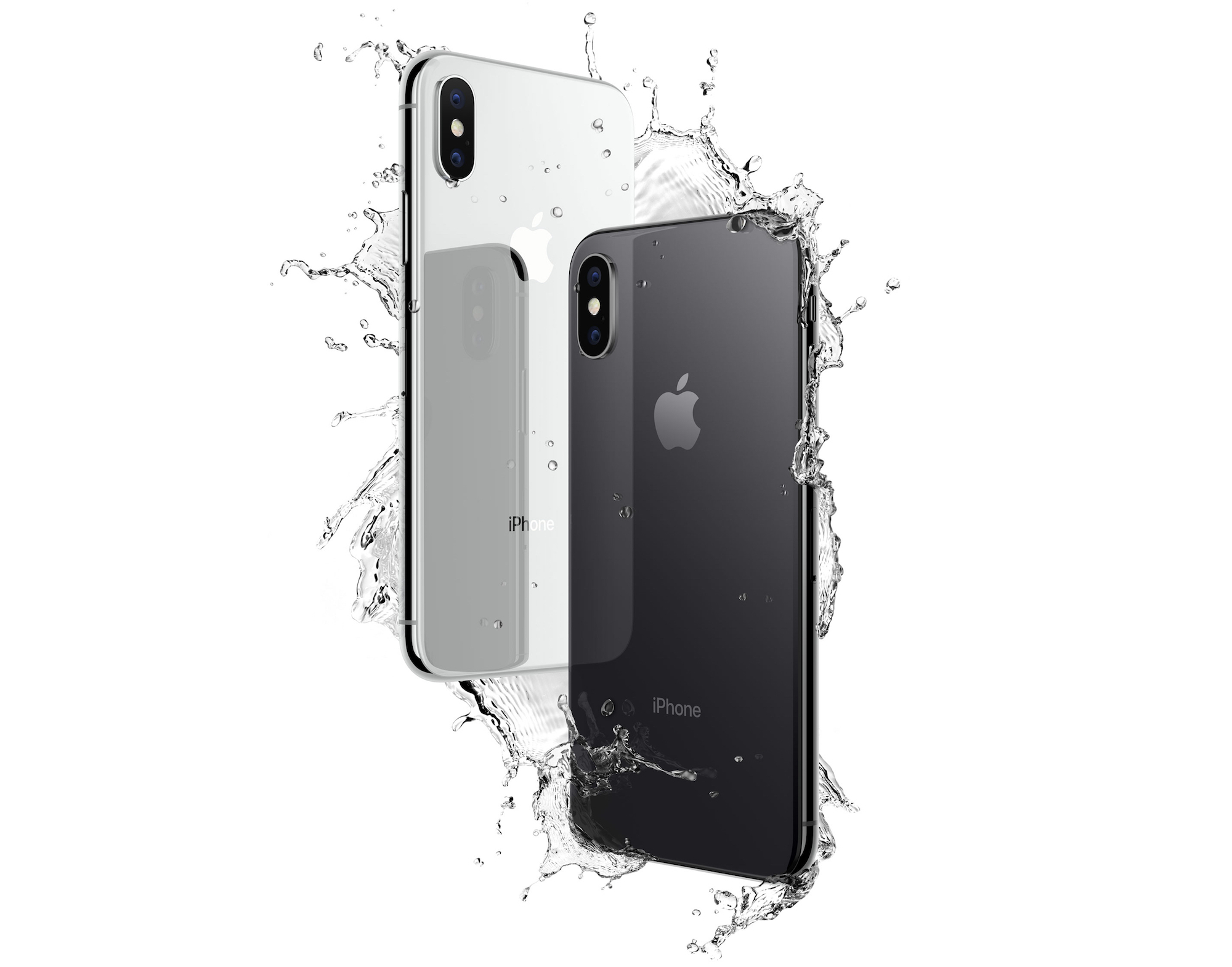 The dual rear cameras on the iPhone X are in a vertical orientation (image credit: Apple)

The iPhone 8 and 8 Plus are priced starting at $699 and $799 for a 64GB model. The iPhone X starts at $999 for 64GB. Pricing for the iPhone 8, which rose $50 from last year's iPhone 7 launch, provides double the base storage capacity to justify the increase. As to the iPhone X, its $999 price tag seems rather shocking at first glance, though Samsung's Note8 is over $900 as well. Needless to say, installment plans will be very popular with this new flagship iPhone.