Renowned overclocker der8auer got his hands on the new 18-core Intel Core i9-7980XE and managed to break a few records with more than a bit of LN2 and thermal paste. Following a delid, der8auer slathered the bare die and surrounding PCB with a polymer-based (Kryonaut) TIM and reattached the HIS to prepare for the extreme overclock. He even attempted to mill out the middle of the IHS to achieve a balance between direct die cooling and using the IHS to prevent bending the PCB and spread out the pressure from the LN2 cooler block, but ran into inconsistent results between runs and opted not to proceed with that method.

Using an Asus Rampage VI Apex X299 motherboard and the Core i9-7980XE at an Asus ROG event in Taiwan der8auer used liquid nitrogen to push all eighteen cores (plus Hyper-Threading) to 6.1 GHz for a CPU-Z validation. To get those clockspeeds he needed to crank up the voltage to 1.55V (1.8V VCCIN) which is a lot for the 14nm Skylake X processor. Der8auer noted that overclocking was temperature limited beyond this point as at 6.1 GHz he was seeing positive temperatures on the CPU cores despite the surface of the LN2 block being as low as -100 °C! Perhaps even more incredible is the power draw of the processor as it runs at these clockspeeds with the system drawing as much as 1,000 watts (~83 amps) on the +12V rail with the CPU being responsible for almost all of that number! That is a lot of power running through the motherboard VRMs and the on-processor FIVR! 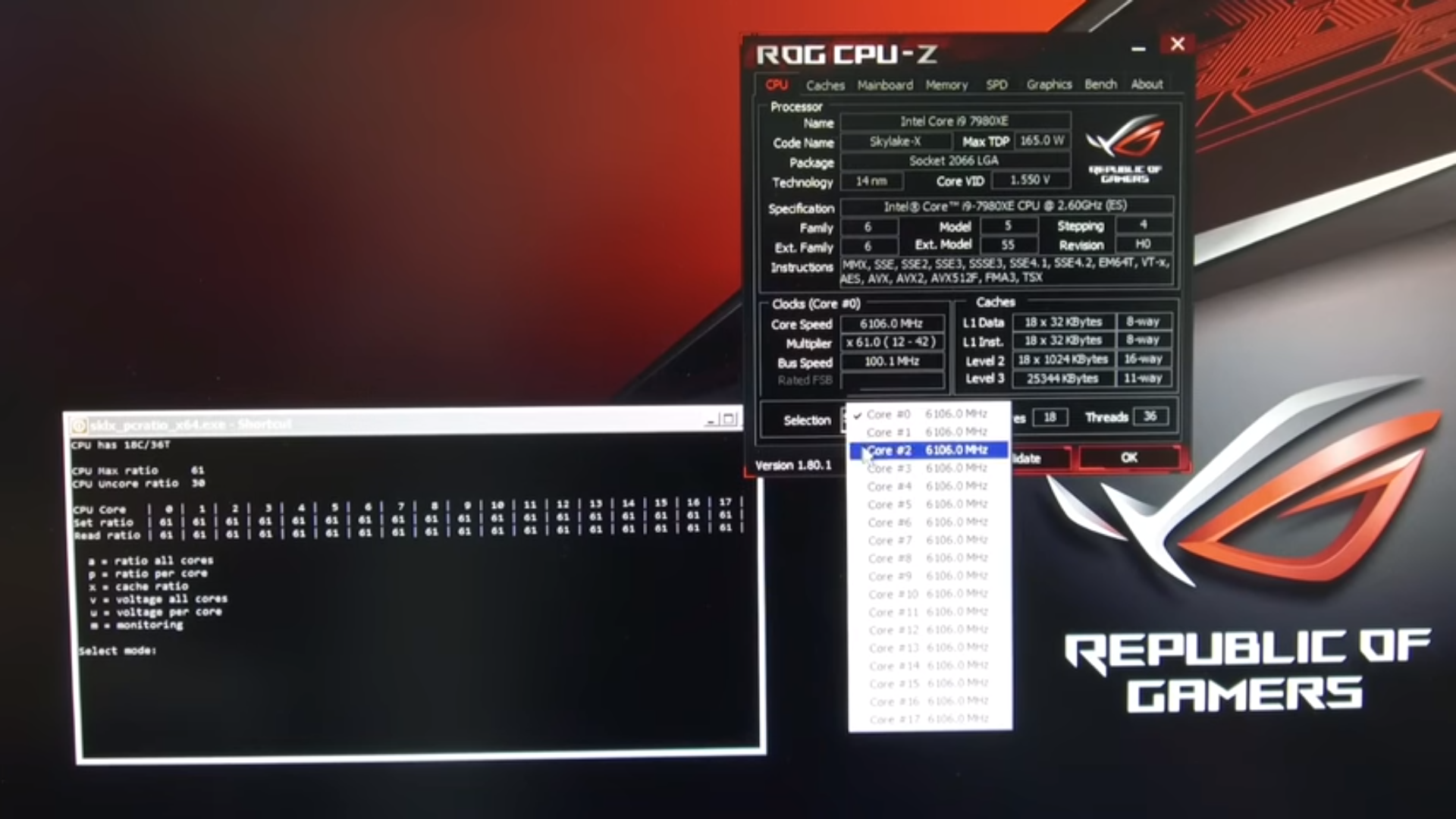 For Cinebench R15, the extreme overclocker opted for a tamer 5.7 GHz where the i9-7980XE achieved a multithreaded score of 5,635 points. He compared that to his AMD Threadripper overclock of 5.4 GHz where he achieved a Cinebench score of 4,514 (granted the Intel part was using four more threads and clocked higher).

Der8auer also made a couple interesting statements regarding overclocking at these levels including the issues of cold bugs not allowing the CPU and/or GPU to boot up if the cooler plate is too cold. On the other side of things, once the chip is running the power consumption can jump drastically with more voltage and higher clocks such that even LN2 can’t maintain sub-zero core temperatures! The massive temperature delta can also create condensation issues that need to be dealt with. He mentions that while for 24/7 overclocking liquid metal TIMs are popular choices, when extreme overclocking the alloy actually works against them because the sub-zero temperatures reduce the effectiveness and thermal conductivity of the interface material which is why polymer-based TIMs are used when cooling with liquid nitrogen, liquid helium, or TECs. Also, while most people apply a thin layer of thermal paste to the direct die or HIS, when extreme overclocking he “drowns” the processor die and PCB in the TIM to get as much contact as possible with the cooler as every bit of heat transfer helps even the small amount he can transfer through the PCB. Further, FIVR has advantages such as per-core voltage fine tuning, but it also can hold back further overclocking from cold bugs that will see the processor shut down past -100 to -110 °C temperature limiting overclocks whereas with an external VRM setup they could possibly push the processor further.

For the full scoop, check out his overclocking video. Interesting stuff! 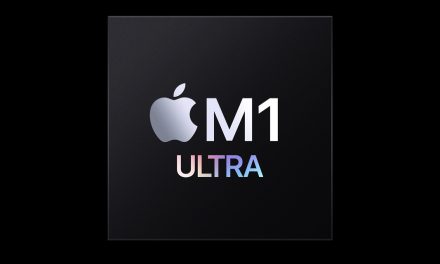