ASUS has released information on the Z370 motherboards which will be available for Intel's Coffee Lake launch.

You can see the specifications below and ASUS has even more information over at their site.  All boards feature automatic overclocking software, depending on the model either through 5-Way Optimization or OC Tuner.  All the Z370 motherboards will have a header for an all-in-one liquid cooler or stand-alone pump, ROG models will have both as well as additional headers for monitoring your coolant flow and temperatures and the Maximus X Apex is built with LN2 cooling in mind. 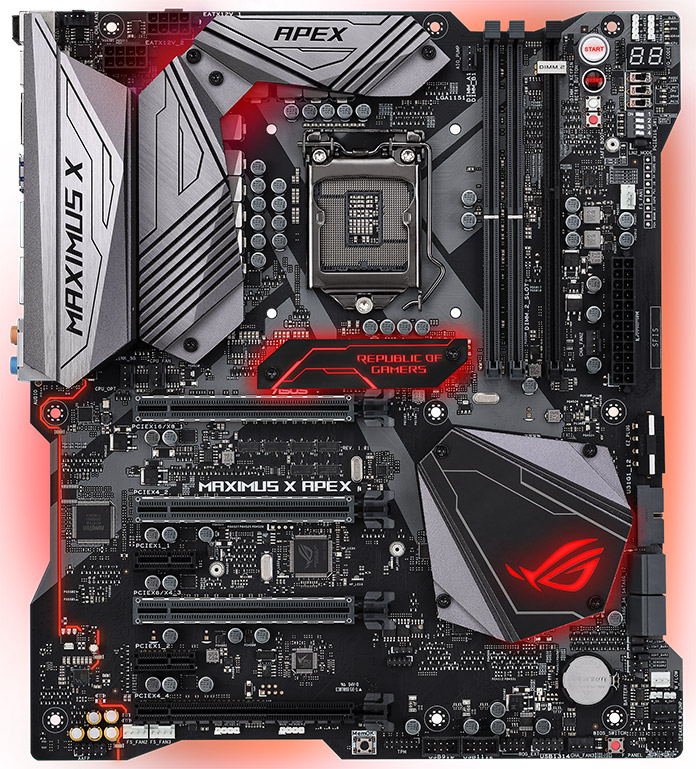 For storage you can expect two NVMe SSD slots linked directly to the PCIe bus with integrated heat management features and are Optane compliant as well as supporting a variety of RAID configurations.  If you pick up the ASUS Hyper M.2 X16 card you can have up to three SSDs sitting a single step from the CPU.  Aura Sync lighting provides enhanced software and hardware support for your RGB habit and the vast majority of the boards feature S1220-series codecs with dedicated headphone amps and premium Nichicon capacitors so you can have sound along with your lighting. 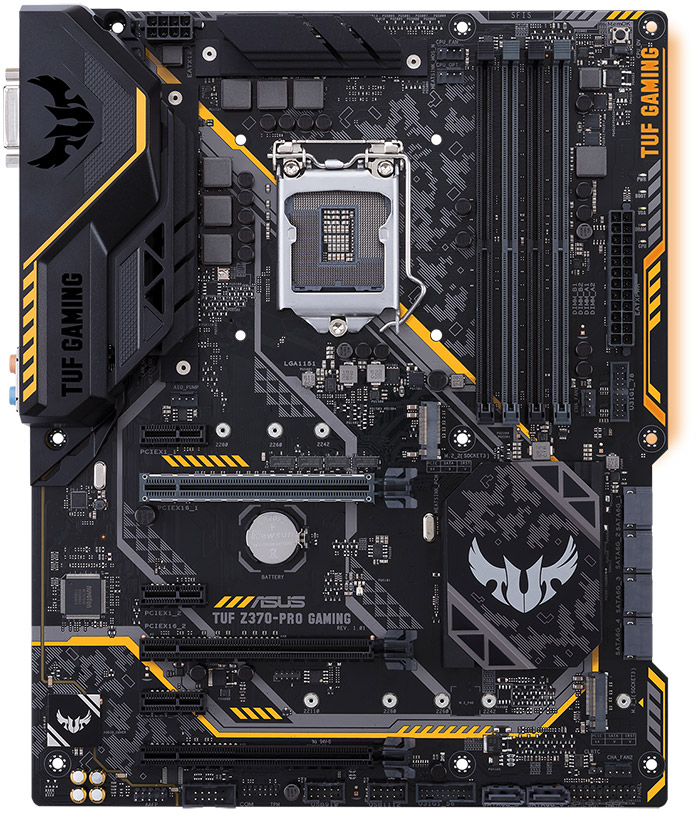 The physical construction of the boards has also been upgraded, with new enhanced overvoltage and ESD protection.  SafeSlot structural reinforcements on your slots will ensure that today's heavy weight GPUs don't pull the slots off of the motherboard as well as offering aesthetic accents.

The four families below are split into the top of the line ROG Maximus for gamers and enthusiasts, while Strix keeps many of the features of ROG series but at a lower price point while TUF Gaming are meant for those gamers who are on a strict budget.  The final Prime series are for those who focus more on content creation than consumption.

Each model has its own page at Edge Up.