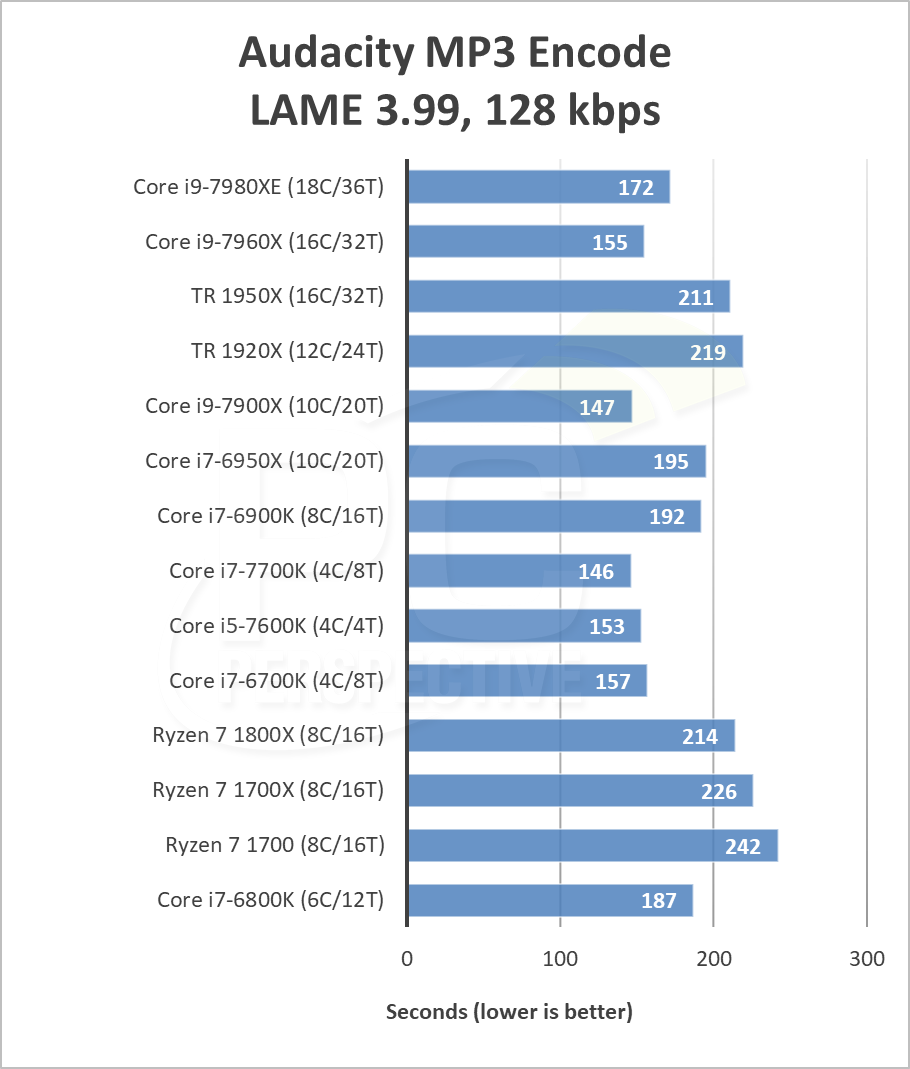 Keeping mind that lower is better on this test, the Core i9-7980XE and Core i9-7960X are able to offer better single threaded performance than the 16-core Threadripper 1950X that is beneficial to this legacy, but still common, audio encoding workload. 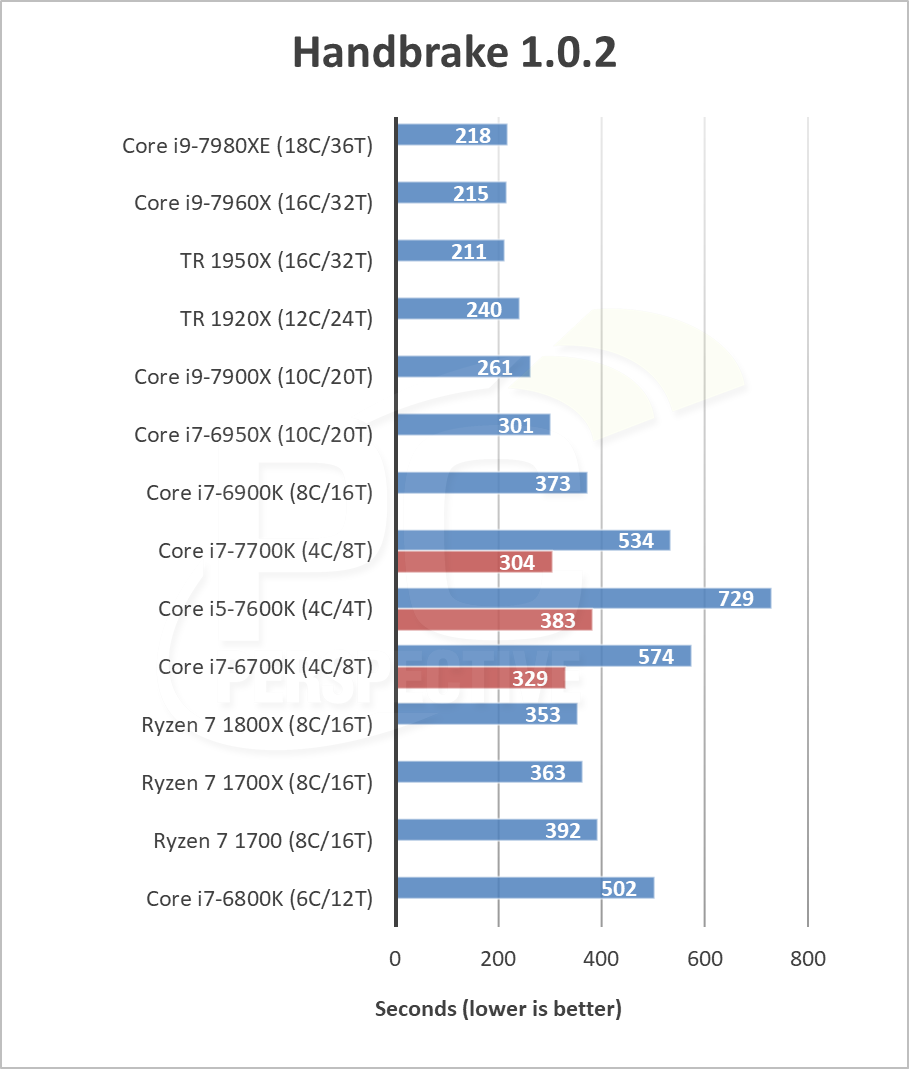 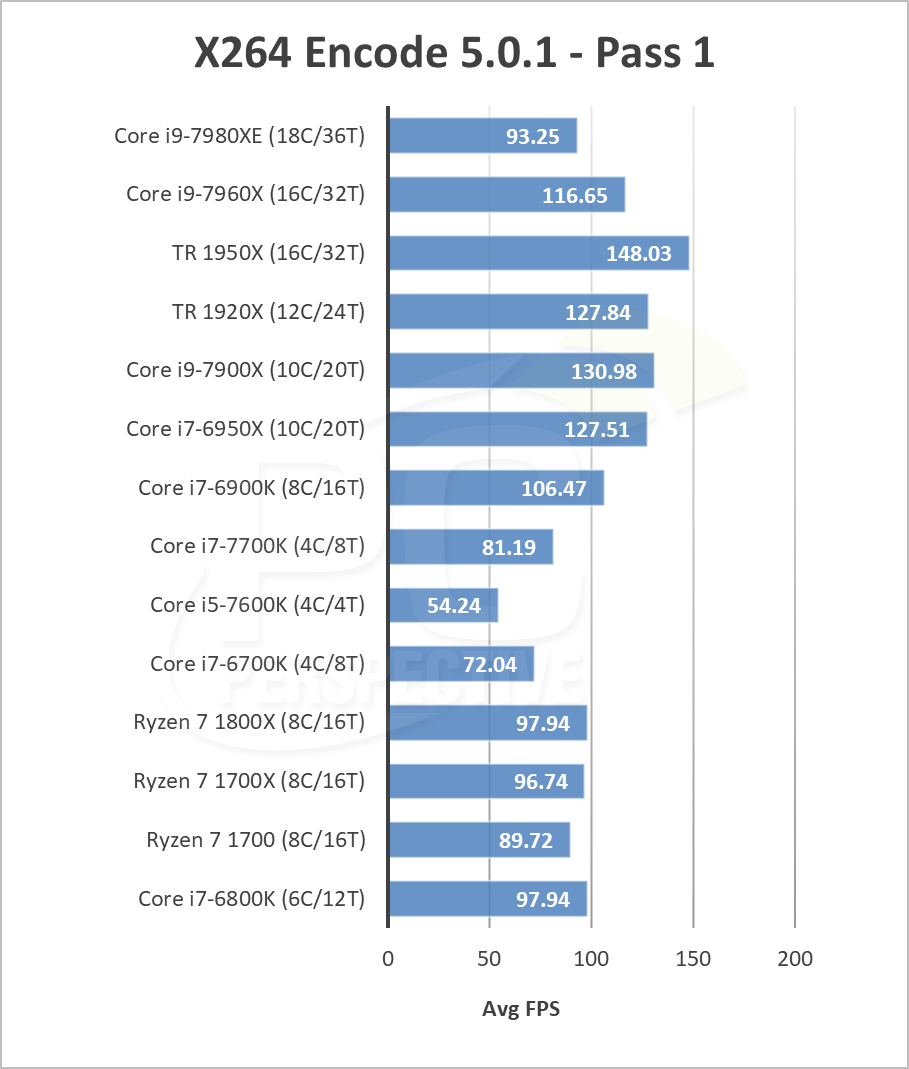 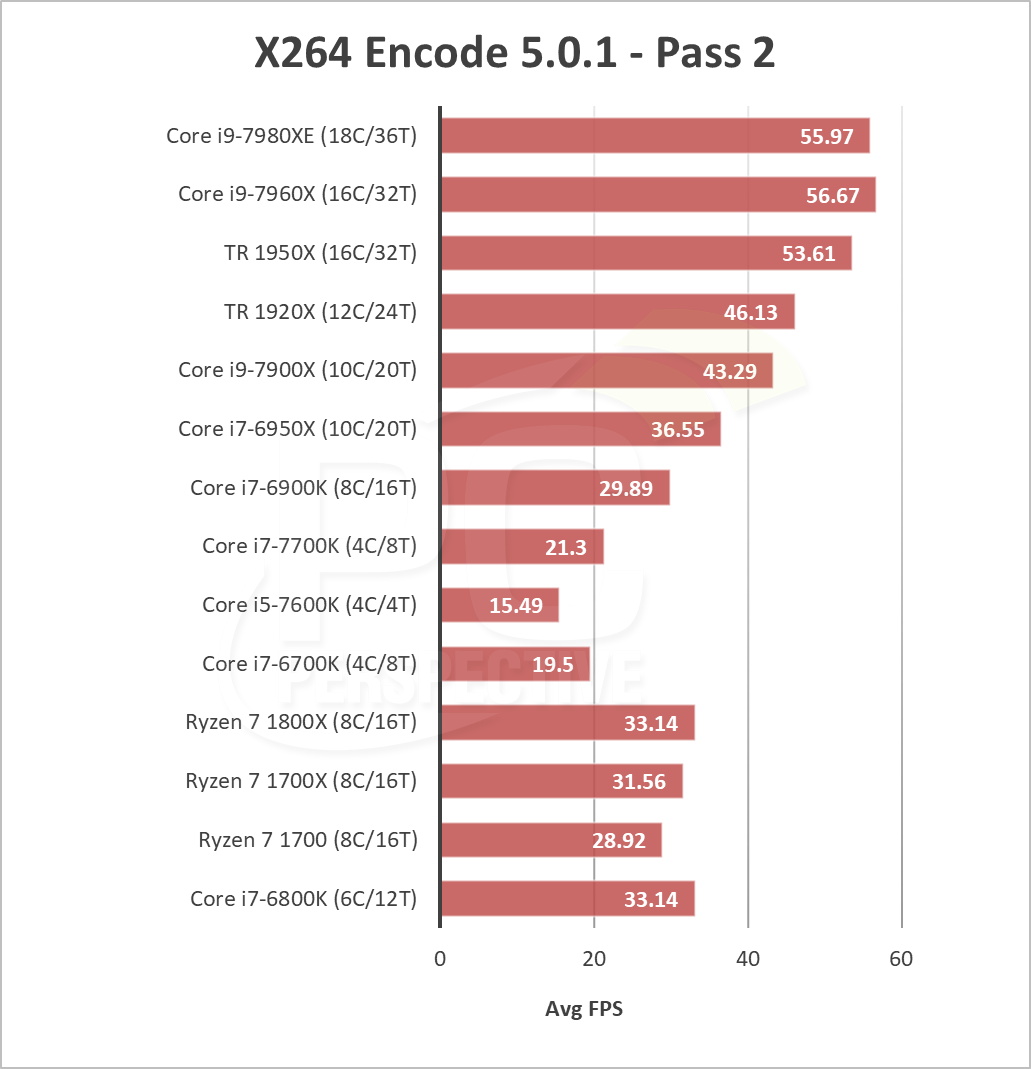 Another interesting set of results. As it turns out, we run all of our testing and benchmarks with Windows 10 in the "Balanced" power mode. For some reason, the first pass of the X264 Encode benchmark behaves very differently in that mode than in "High Performance" based on conversations with Intel. While that warrants further discussion for future testing, our results remain in Balanced mode today. As a result, 7960X performs better than the 7980XE and both of the new Intel parts are slower than the Threadripper options. Pass 1 is only lightly threaded. 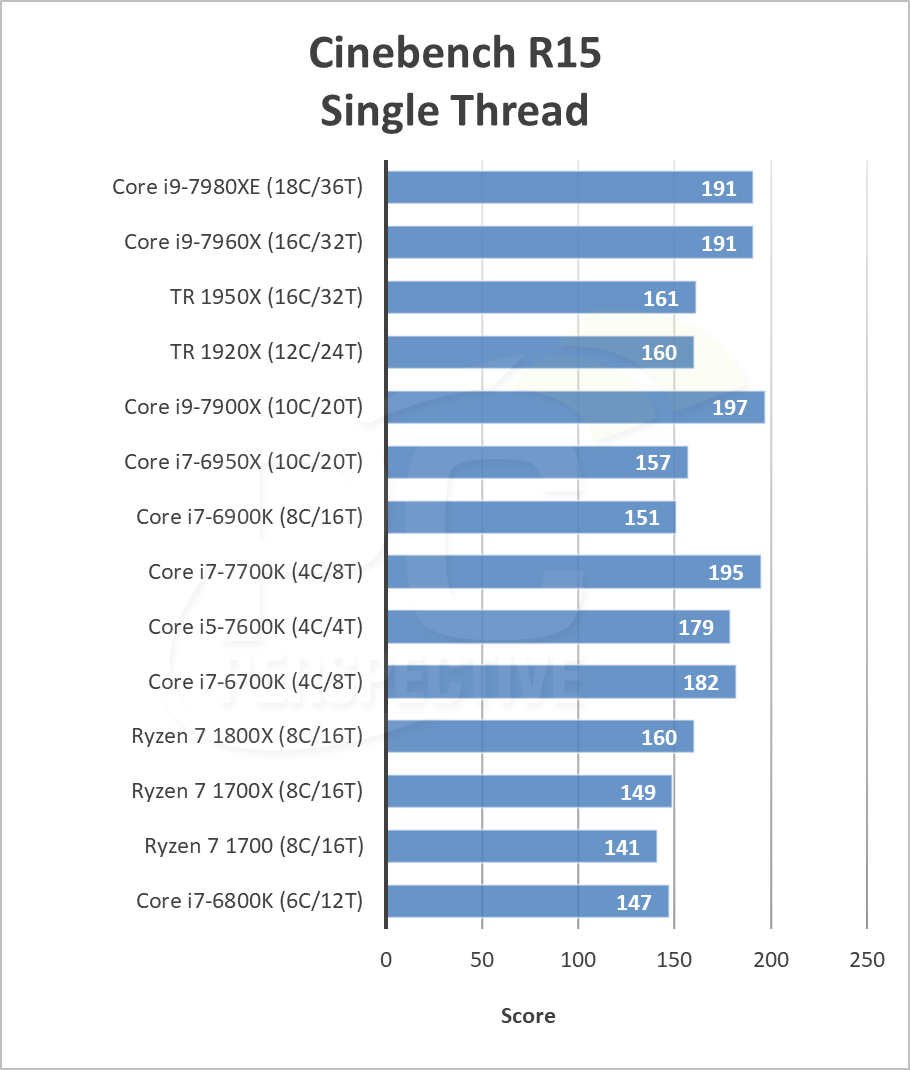 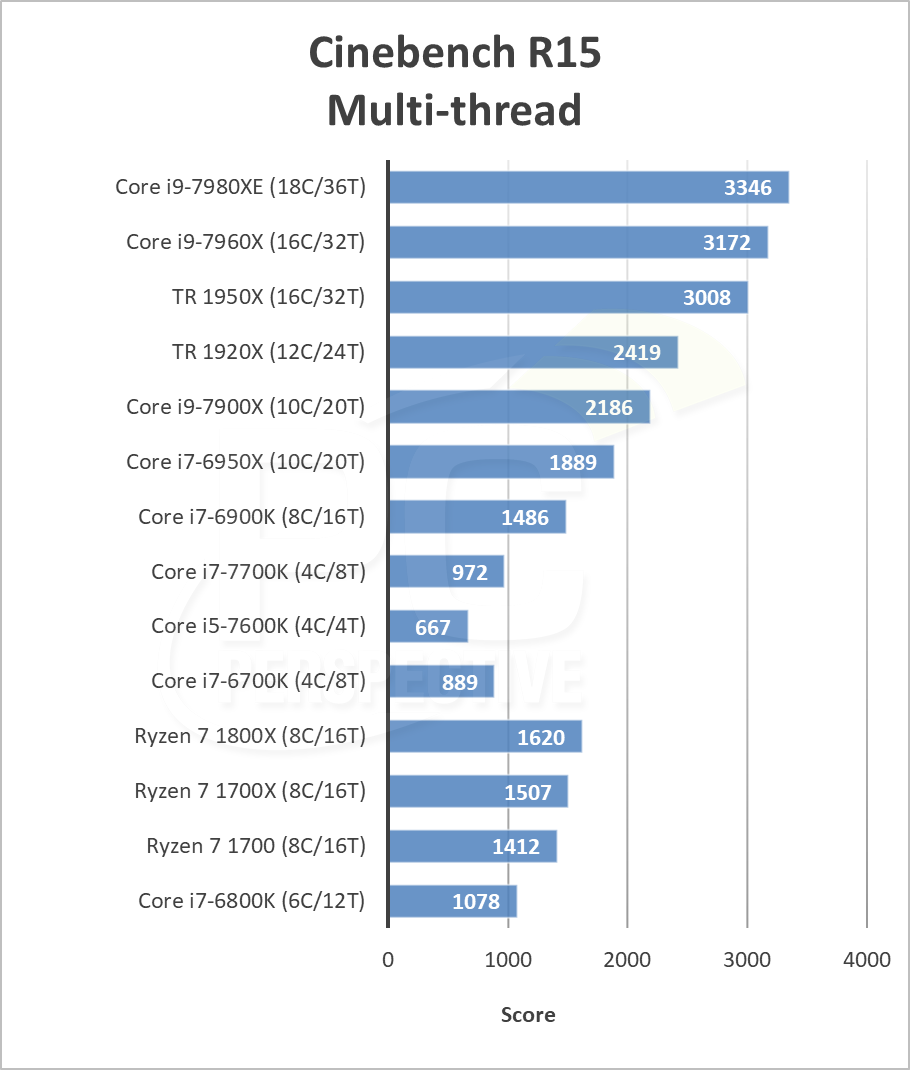 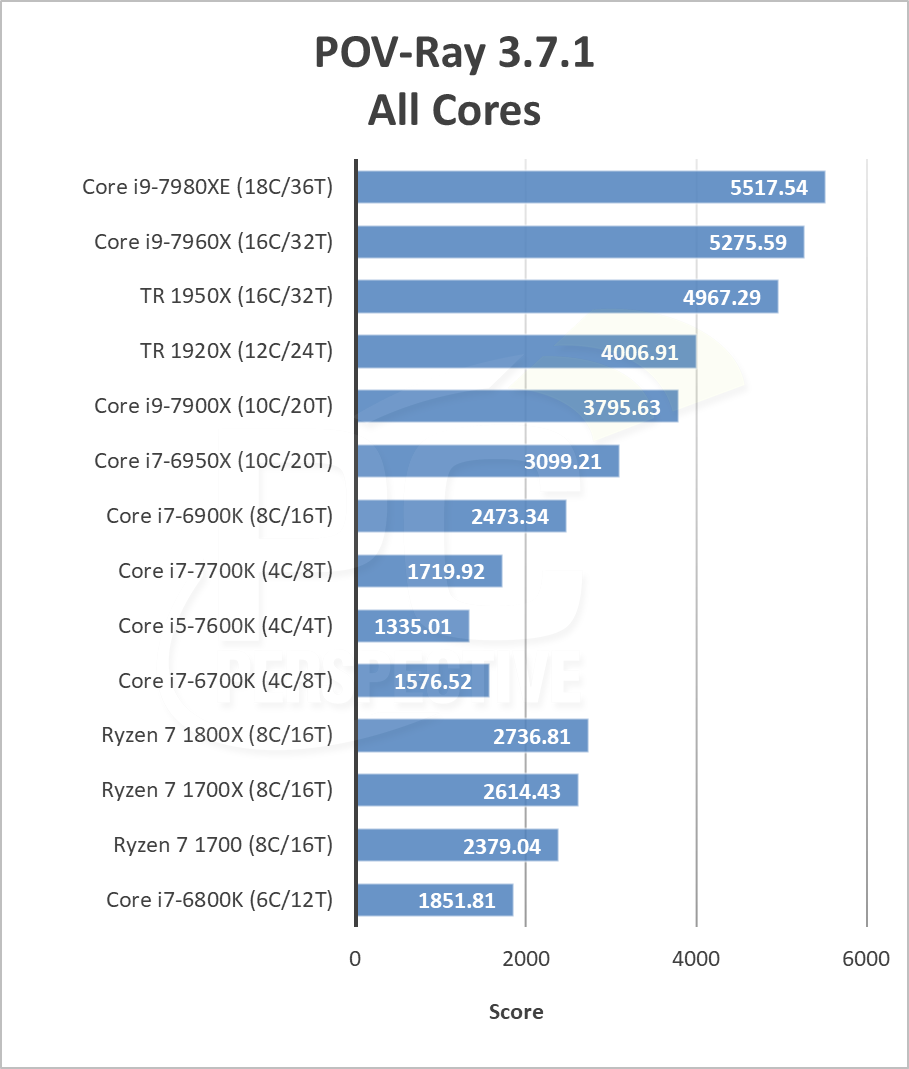 POV-Ray is another example of a highly threaded workload that can fully utilize more cores and more clock speed. The Core i9-7980XE is 11% faster than the AMD Threadripper 1950X. Even if we match core to core, the Core i9-7960X is about 6% faster than the 1950X, both with 16-cores. 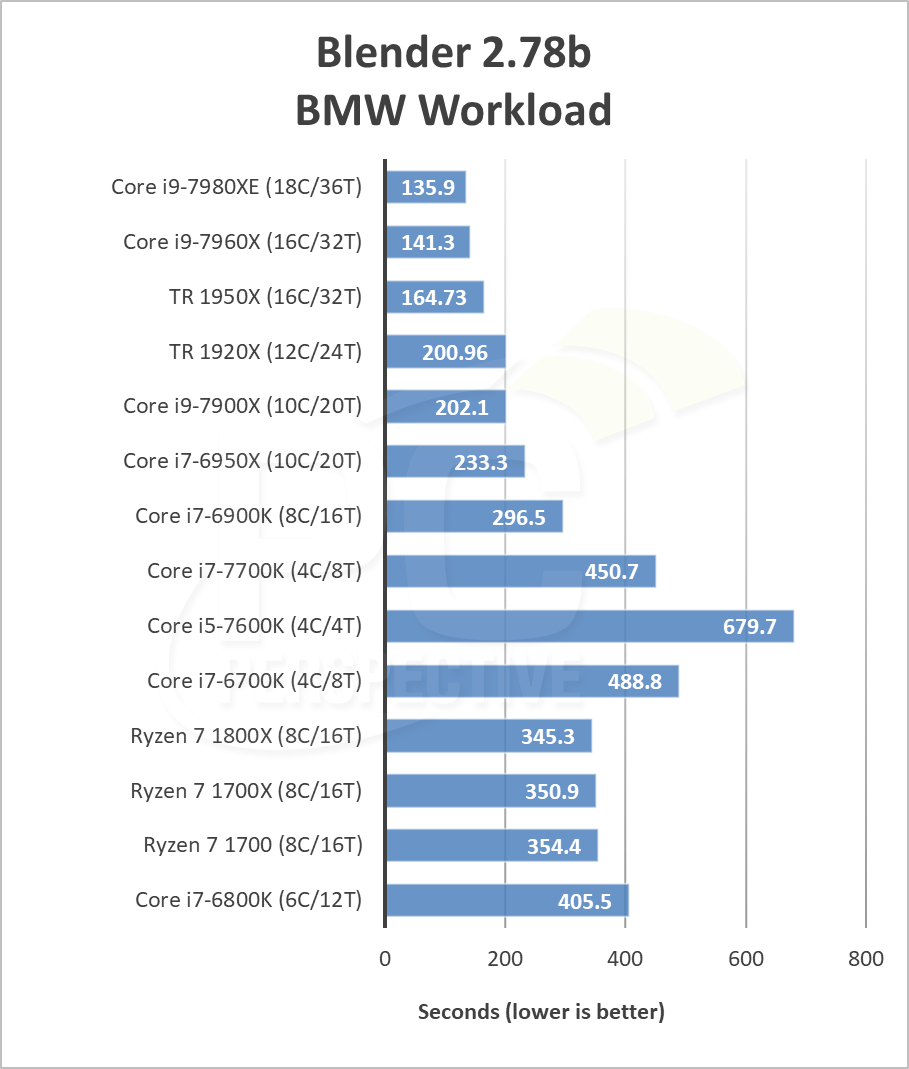 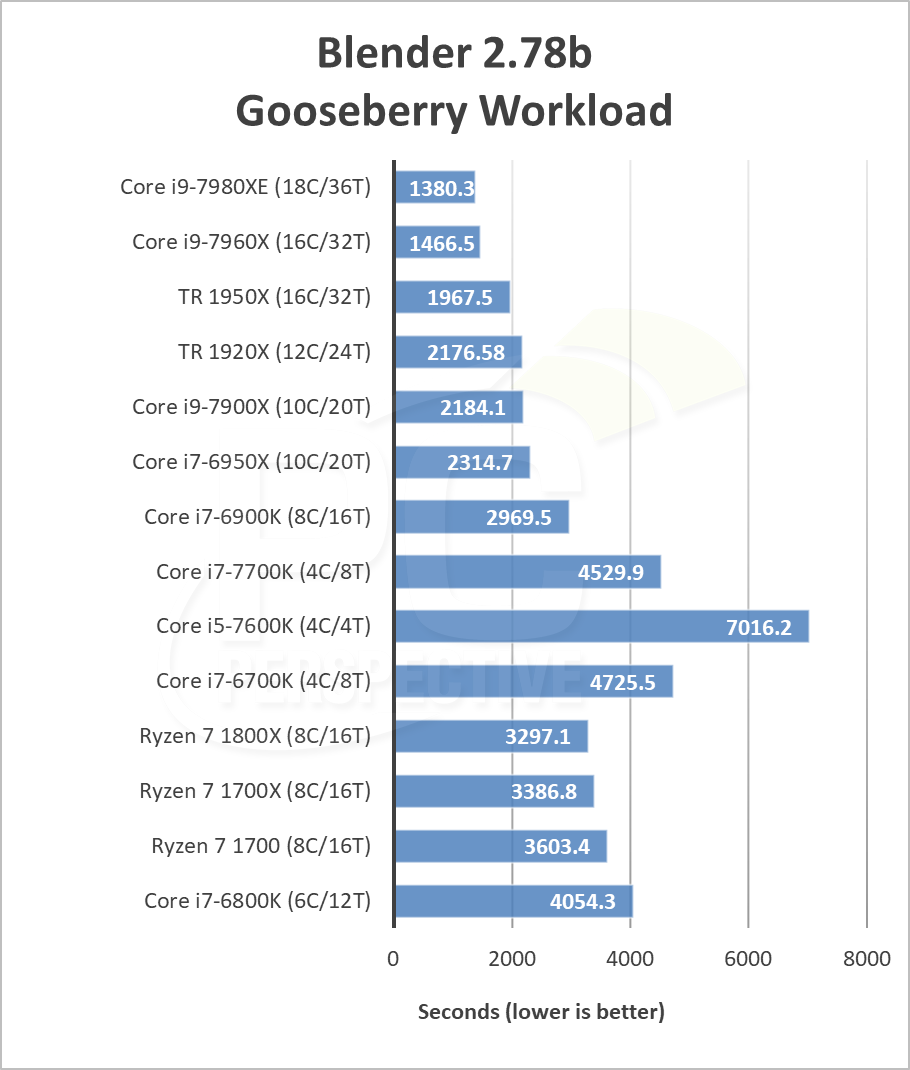 In both of our tested Blender workloads, the Core i9-7980XE and 7960X are faster than both Threadripper options. In the BMW test that gap is over 20% and on the Gooseberry file it is 42%!