In consumer processors, performance per dollar is considered the king of all KPIs (key performance indicators). For the workstation and prosumer market, it has slightly reduced value as consumers in this space are often willing to pay more for the additional performance relative to the lower priced product stack. We knew going into this review that Intel's 16-core and 18-core processors were going to be significantly more expensive than Threadripper. But does the added performance make up for it? 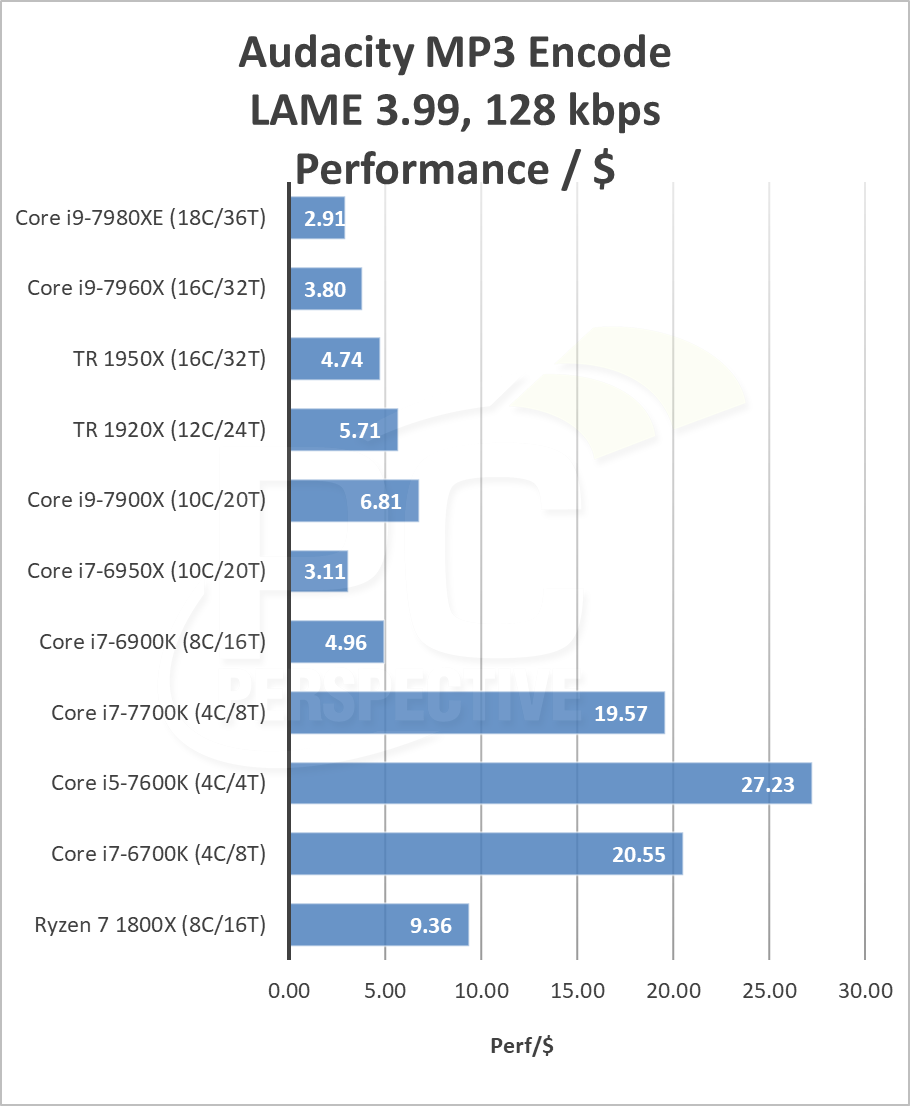 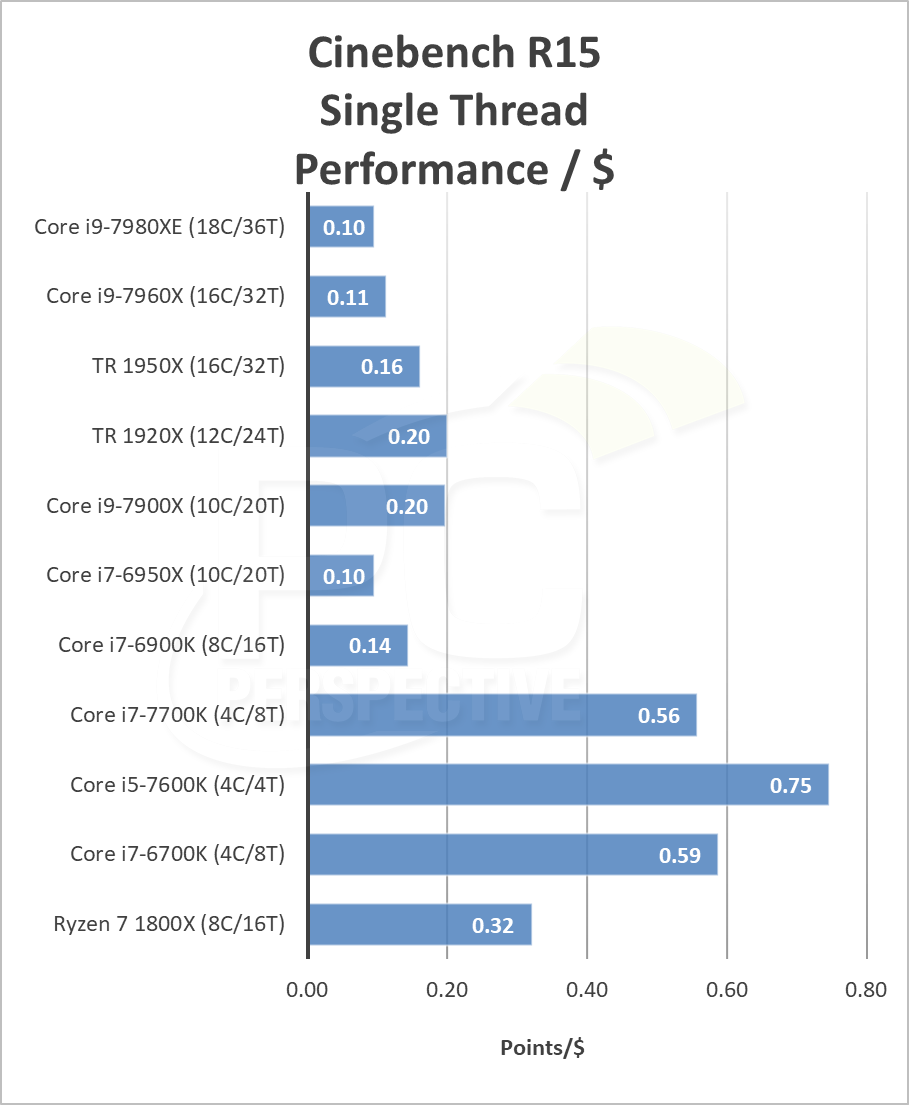 For single-threaded workloads, the value of any of these high-core-count processors is greatly reduced. Lower core count parts like the Core i7-7700K and even the Ryzen 7 1800X can hit the same or higher clock speeds than the many-core parts and will cost significantly less. 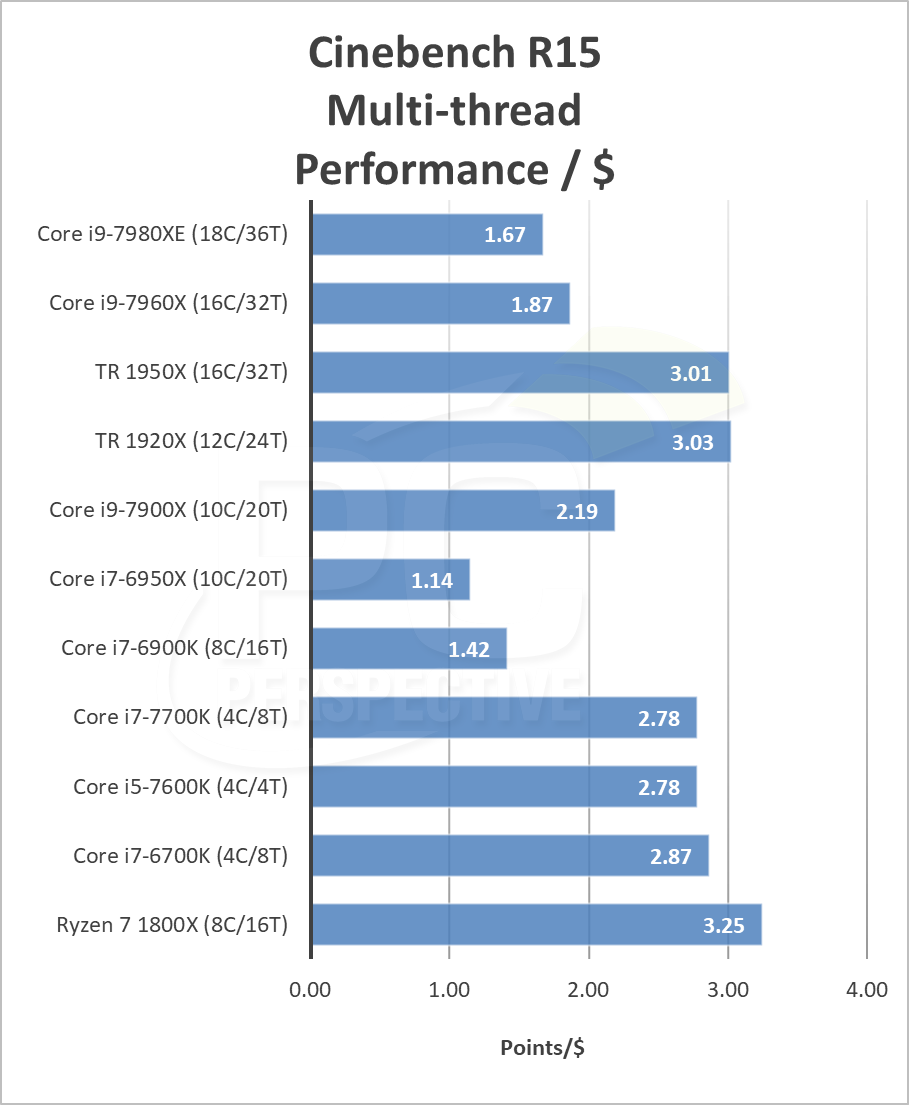 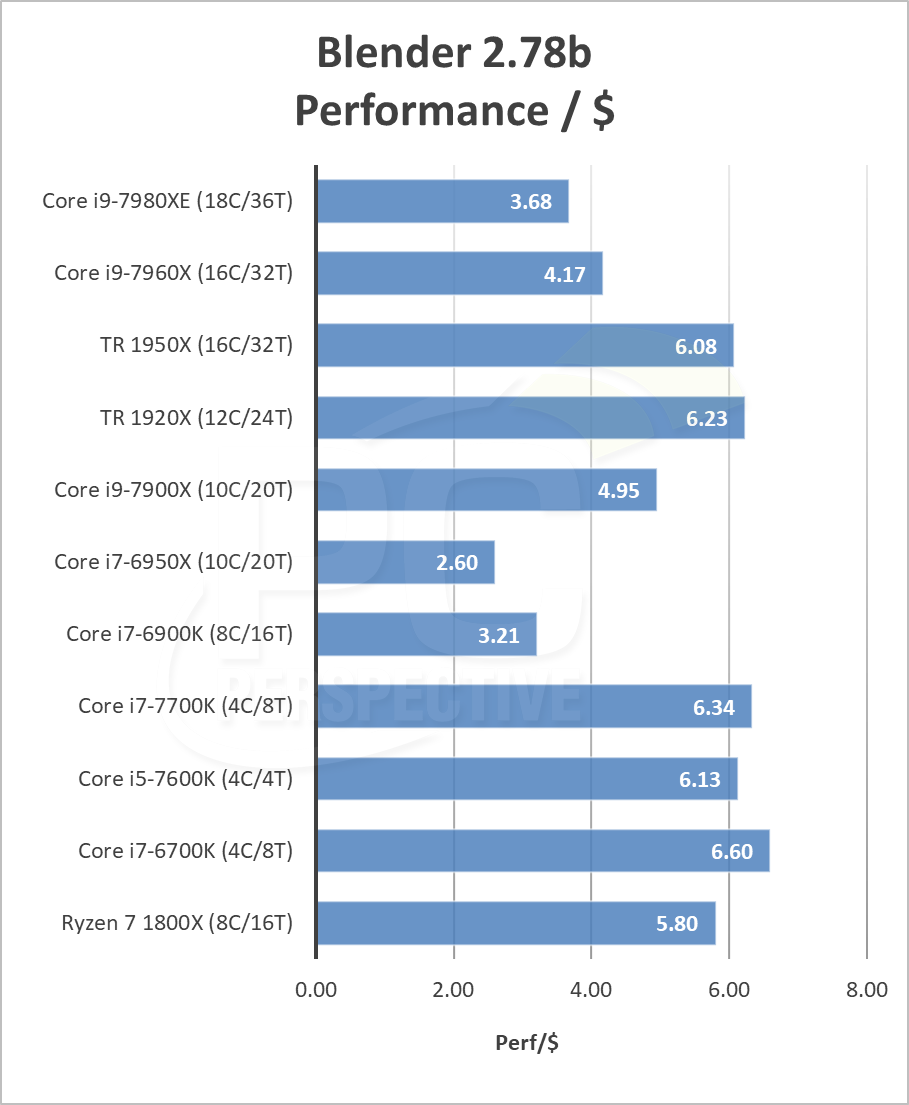 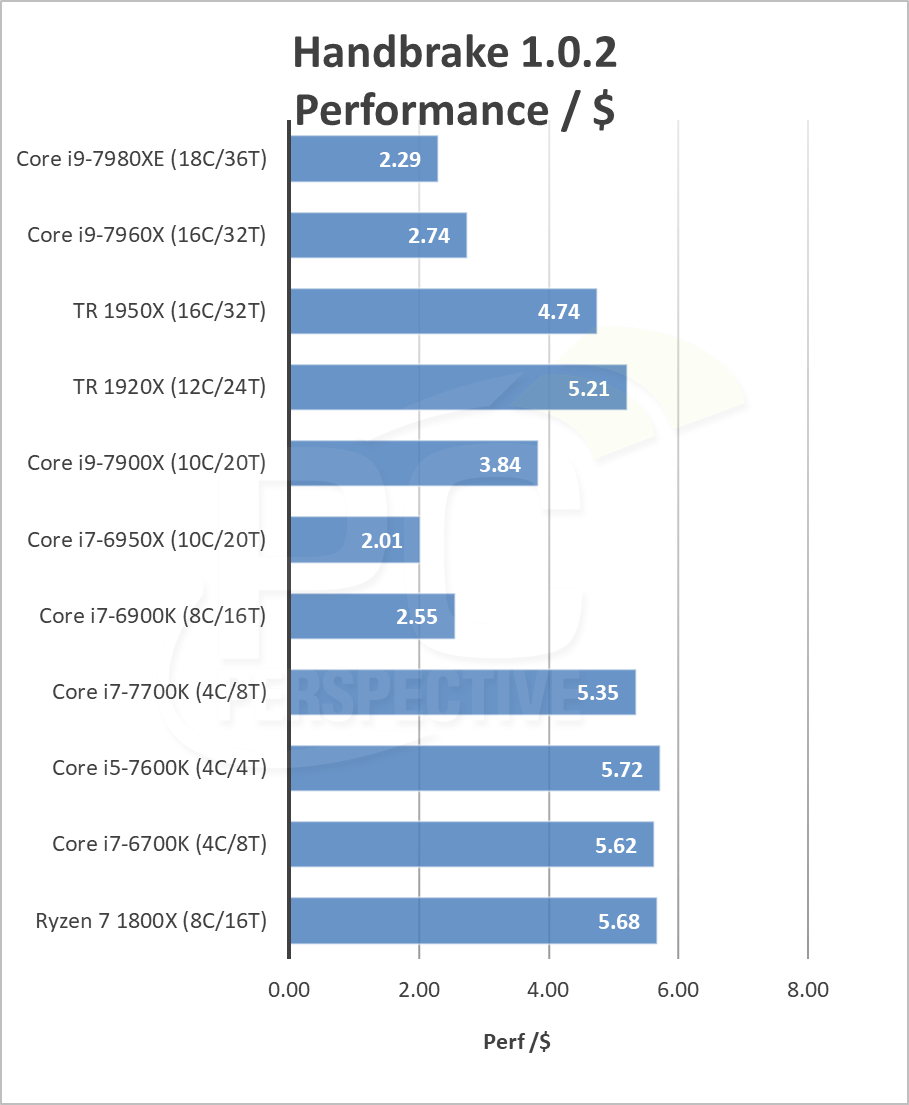 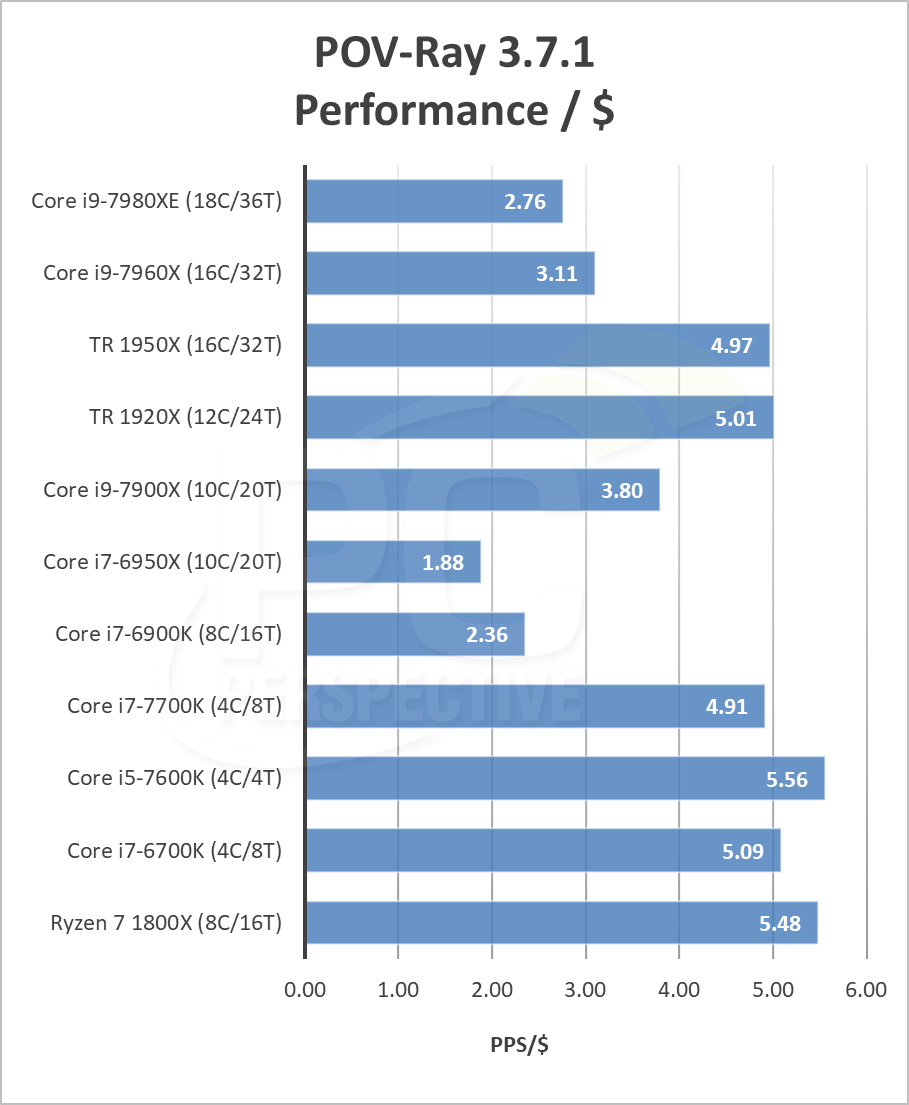 Things get dicey for the 16-core and 18-core processors from Intel. Even though the performance of the new flagship CPUs are excellent, the cost is extraordinarily high for them. As a result, Threadripper still strongly maintains the advantage in performance per dollar in these multi-threaded workloads.

I think the cost of the new Core i9-7980XE and 7960X have permeated this entire review, but here is a summary. Processors should start shipping in the next couple of days.

It's also worth pointing out that there are two additional processors between the 7900X and the 7960X, the 12-core 7920X and the 14-core 7940X, priced at $1299 and $1599 respectively. Though we haven't tested them yet, I don't think they will have a drastic change in the value or performance per dollar against the AMD Threadripper CPUs.

Conclusions here are going to be short and sweet. The Core i9-7960X and the Core i9-7980XE have reclaimed the performance crown for Intel in the world of high-performance desktop computing. But they do so at a cost – the 18-core 7980XE has an MSRP of $1999. Compare that to the $999 MSRP of the 16-core AMD Ryzen Threadripper 1950X and you can see why the performance per dollar metrics above still paint the AMD parts in a positive light. 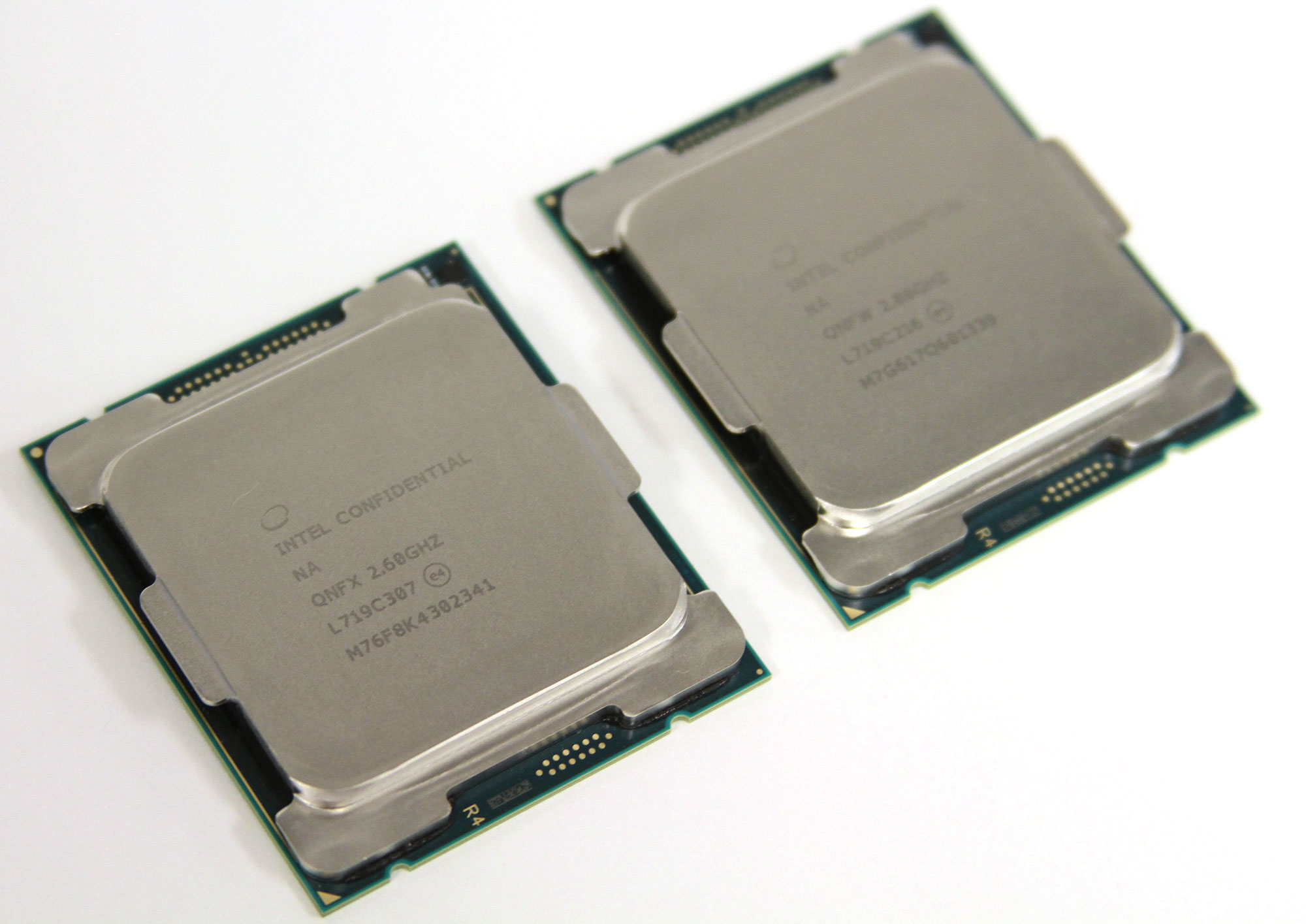 But as I stated at the outset of this review, while performance per dollar is the king of metrics for consumers in the mainstream space, for HEDT and workstation users, sometimes expense is no object, within reason. For those types of buyers, the 18-core solution from Intel brings with it better multi-threaded and better single-threaded performance than anything AMD can offer. Single threaded results are as much as 35% faster on the Core i9-7980XE compared to the 1950X and multi-threaded benchmarks range from being a virtual tie to giving Intel the advantage of 11%. 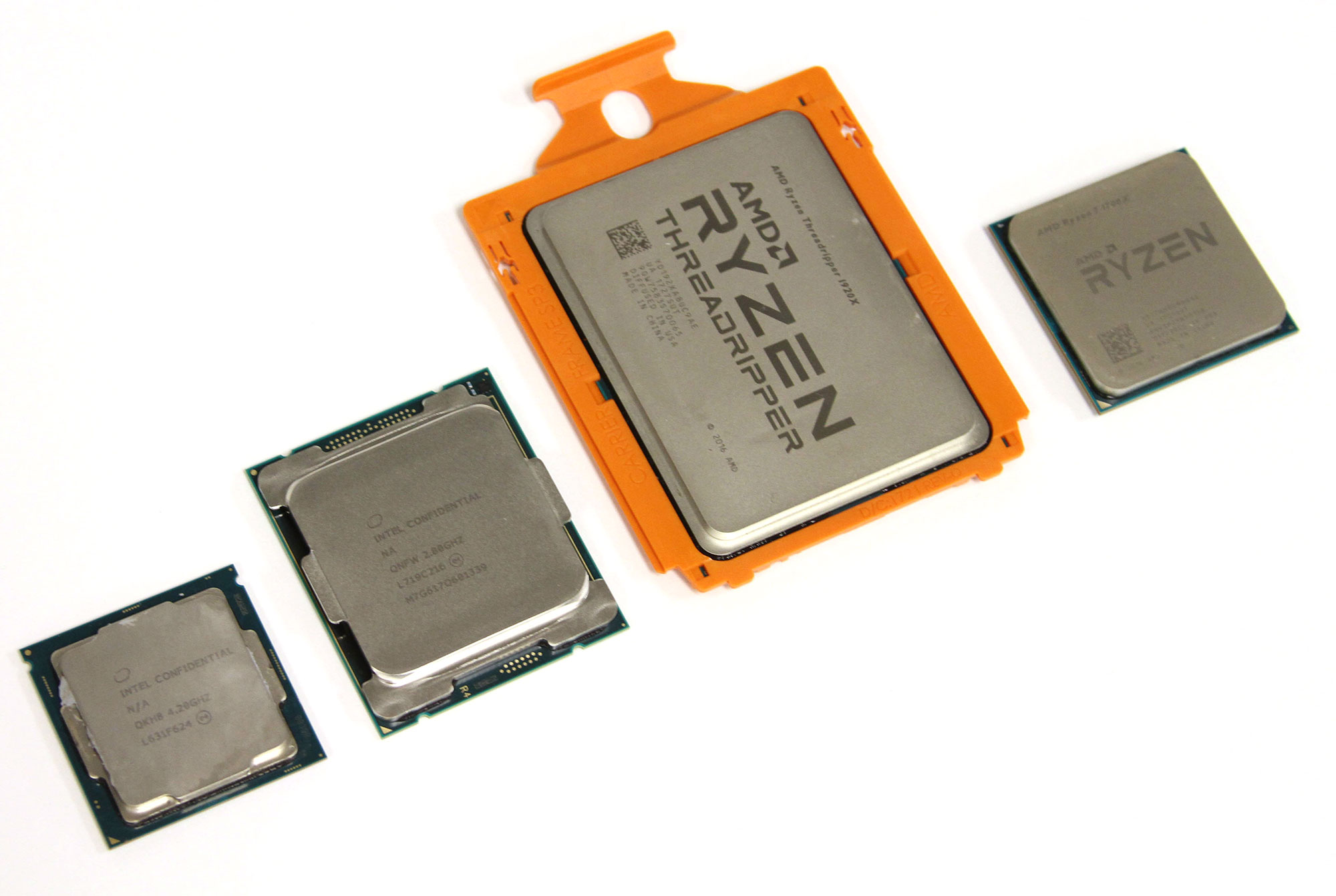 Intel has recaptured performance leadership at the extreme high end of the market, and that was clearly the goal of this Skylake-X launch. But for many users that want top-level performance, Threadripper will still be the more appealing option, keeping as much as $1000 in their pocket.