Expectations for AMD’s Q3 earnings were not exactly sky high, but they were trending towards the positive.  It seems that AMD exceeded those expectations.  The company announced revenue of $1.64 billion, up significantly from the expected $1.52 billion that was the consensus on The Street.

The company also showed a $71 million (GAAP), $110 million (non-GAAP) net for the quarter, which is a 300% increase from a year ago.  The reasons for this strong quarter are pretty obvious.  Ryzen has been performing well on the desktop since its introduction last Spring and sales have been steady with a marked increase in ASPs.  The latest Vega GPUs are competitive in the marketplace, but it does not seem as though AMD has been able to provide as many of these products as they would like.  Add into that the coin mining effect on prices and stocks of these latest AMD graphics units.  Perhaps a bigger boost to the bottom line is the introduction of the Epyc and Threadripper CPUs to the mix.

Part of this good news is the bittersweet royalties from the console manufacturers.  Both Sony and Microsoft have refreshed their consoles in the past year, and Microsoft is about to release the new Xbox One X to consumers shortly.  This has provided a strong boost to AMD’s semi-custom business, but these boosts are also strongly seasonal.  The downside to this boost is of course when orders trail off and royalty checks take a severe beating.  Consoles have a longer ramp up due to system costs and integration as compared to standalone CPUs or video cards.  Microsoft and Sony ordered production of these new parts several quarters ago, so revenue from those royalties typically show up a quarter sooner than when actual product starts shipping.  So the lion’s share of royalties are paid up in Q3 so that there is adequate supply of consoles in the strong Q4/Holiday season.  Since Q1 of the next year is typically the softest quarter, the amount of parts ordered by Sony/Microsoft is slashed significantly to make sure that as much of the Holiday orders are sold and not left in inventory. 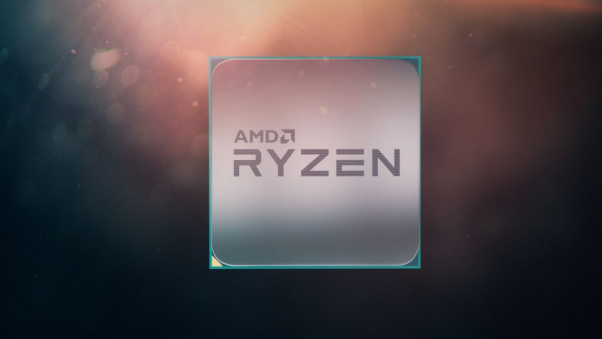 Ryzen continues to be strong due to multiple factors.  It has competitive single and multi-core performance in a large variety of applications as compared to Intel’s latest.  It has a much smaller die size than previous AMD parts such as Bulldozer/Piledriver/Phenom II, so they can fit more chips on a wafer and thereby lower overall costs while maximizing margins.  Their product mix is very good from the Ryzen 3 to the Ryzen 7 parts, but is of course still missing the integrated graphics Ryzen parts that are expected either late this year or early next.  Overall Ryzen has made AMD far more competitive and the marketplace has rewarded the company.

Vega is in an interesting spot.  There have been many rumors about how the manufacturing costs of the chip (GPU and HBM) along with board implementations are actually being sold for a small loss.  I find that hard to believe, but my gut here does not feel like AMD is making good margins on the product either.  This could account for what is generally seen as lower than expected units in the market as well as correspondingly higher prices than expected.  The Vega products are competitive with NVIDIA’s 1070 and 1080 products, but in those products we are finally seeing them start to settle down closer to MSRP with adequate supplies available for purchase.  HBM is an interesting technology with some very acute advantages over standard GDDR-5/X.  However, it seems that both the cost and implementation of HBM at this point in time is still not competitive with having gone the more traditional route with memory. 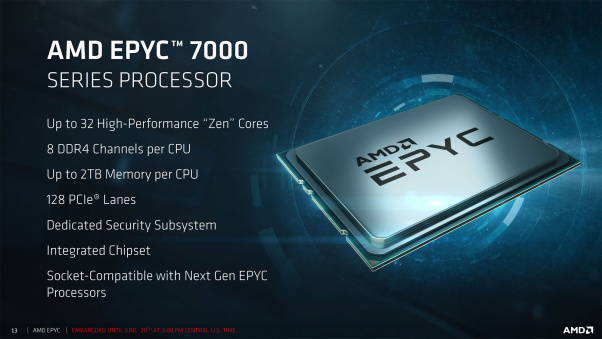 There is no doubt that AMD has done very well this quarter due to its wide variety of parts that are available to consumers.  The news is not all great though and AMD expects to see Q4 revenues down around 15%.  This is not exactly unexpected due to the seasonal nature of console sales and the resulting loss of royalties in what should be a strong quarter.  We can still expect AMD to ship plenty of Ryzen parts as well as Vega GPUs.  We can also surmise that we will see a limited impact of the integrated Ryzen/Vega APUs and any potential mobile parts based on those products as well.

Q3 was a surprise for many, and a pleasant one at that.  While the drop in Q4 is not unexpected, it does sour a bit of the news that AMD has done so well.  The share price of AMD has taken a hit due to this news, but we will start to see a clearer picture of how AMD is competing in their core spaces as well as what kind of uptick we can expect from richer Epyc sales throughout the quarter.  Vega is still a big question for many, but Holiday season demand will likely keep those products limited and higher in price.

AMD’s outlook overall is quite positive and we can expect a refresh of Zen desktop parts sometime in 1H 2018 due to the introduction of GLOBALFOUNDRIES 12nm process which should give a clock and power uplift to the Zen design.  There should be a little bit of cleanup in the Zen design much as Piledriver was optimized from Bulldozer.  Add in the advantages of the new process and we should see AMD more adequately compete with Coffee Lake products from Intel which should be very common by then.