While Intel users have long enjoyed the option of a premium ASUS ROG mini-ITX experience, AMD Ryzen owners are now on equal footing with the annoucement of a pair of mITX gaming boards with premium features. ASUS has apparently been working on these for a while now, and they think they will be worth the wait.

"Mini-ITX boards are among the most difficult to produce. Their diminutive 6.7” x 6.7” dimensions leave little real estate for slots and ports, let alone the extra features that make ROG unique. We’re not willing to compromise your experience for a compact footprint, so it takes some time and creativity to make everything fit. But it’s worth the effort, because our new Strix X370-I Gaming and Strix B350-I Gaming motherboards for Socket AM4 raise the bar for small-form-factor Ryzen builds. They match the cutting-edge features of their full-sized siblings, including liquid-ready cooling and addressable RGB lighting, and they combine an M.2 SSD heatsink and amped-up audio on an innovative riser card." 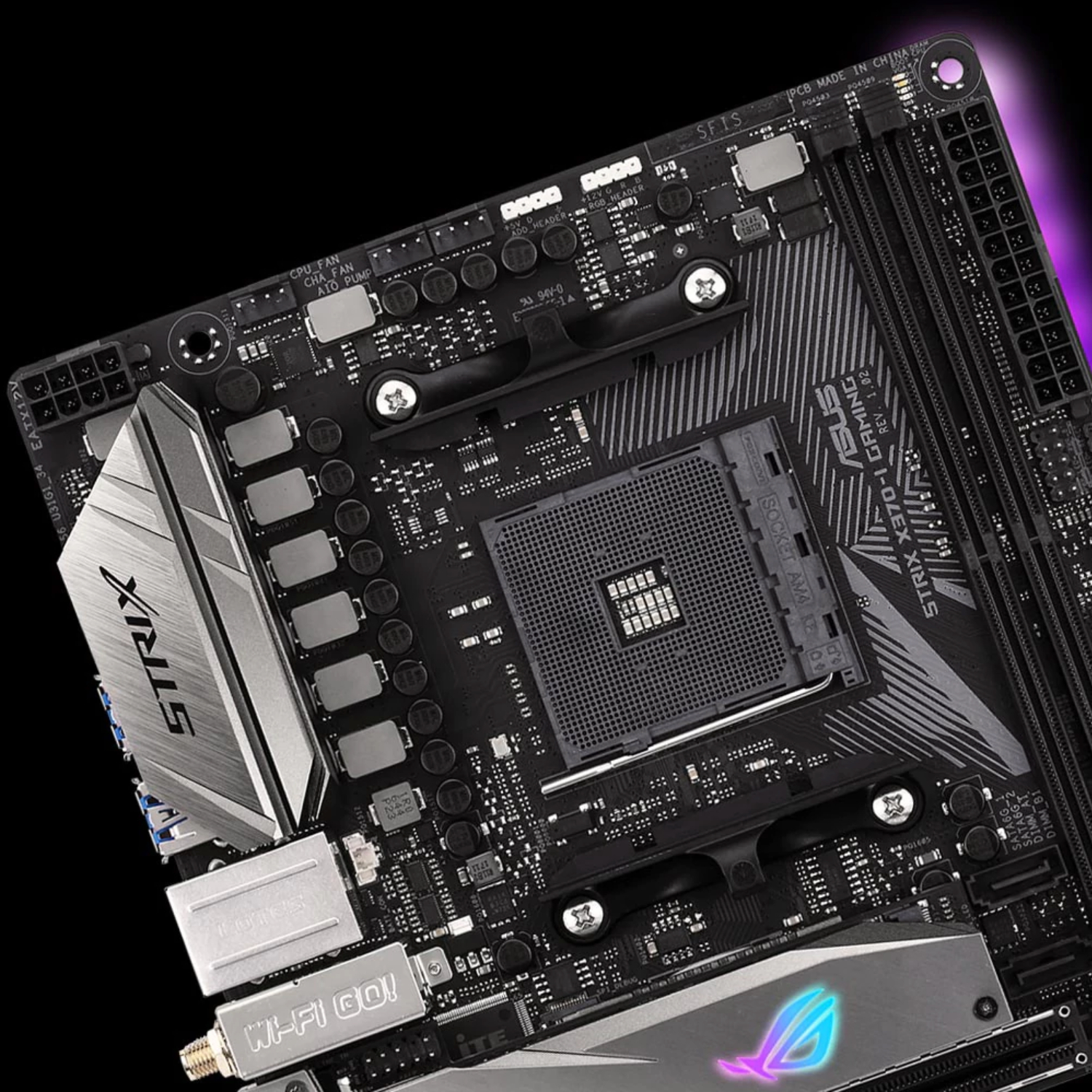 The motherboards both feature a 6-phase VRM design, which ASUS says is the same as their full-sized AM4 motherboards, with memory support of up to DDR4-3600. One-click overclocking is provided via the ASUS "5-Way Optimization technology", which can calibrate fan curves in addition to tuning CPU speeds. Speaking of fans, there are three PWM fan headers, one of which is configured by default for a liquid cooling pump.

An interesting design choice was made in the interest of space, as the sound card (S1220A codec) and an M.2 slot (PCIe Gen 3 x4) are part of a shared riser card: 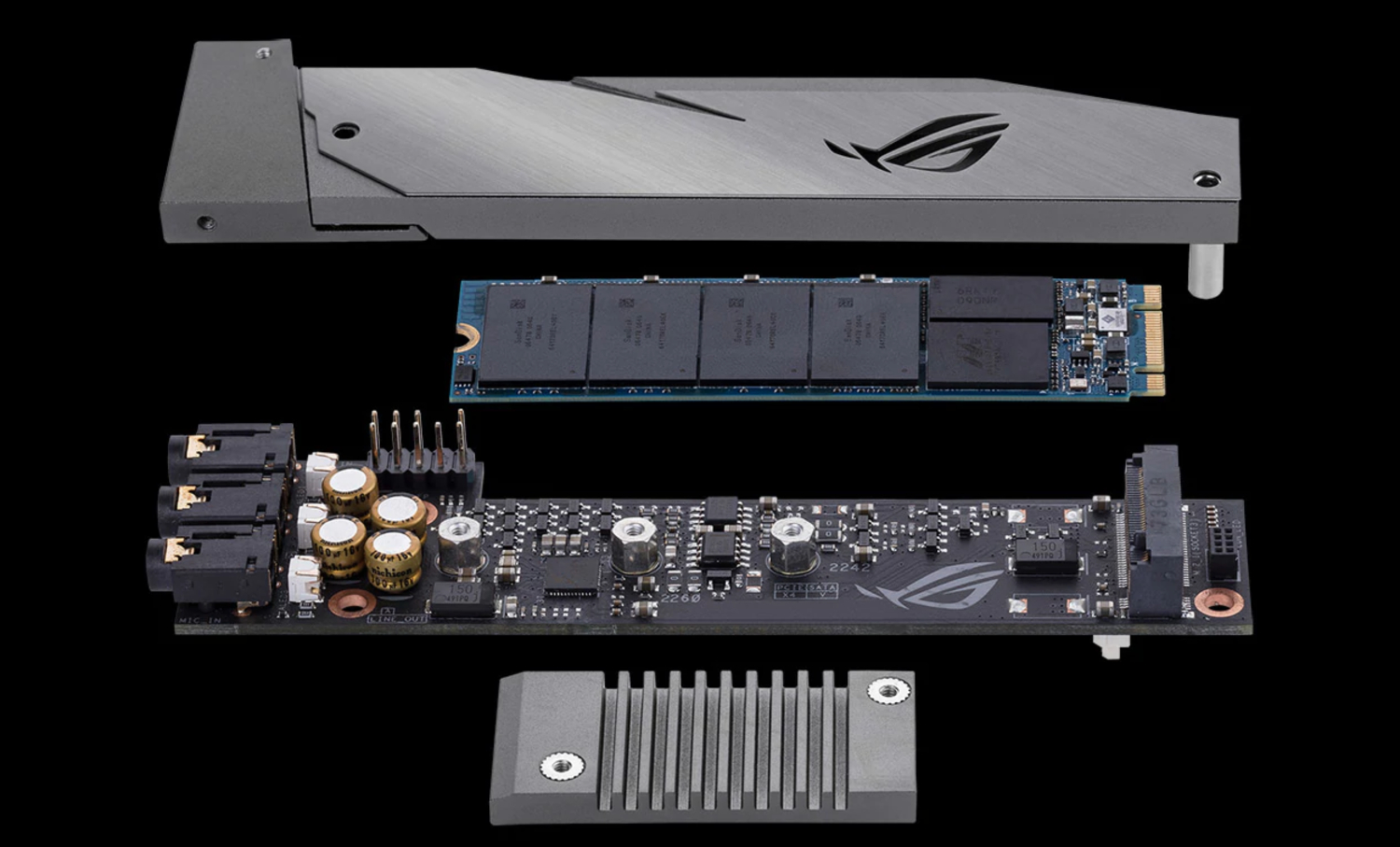 "The Republic of Gamers has a history of working around Mini-ITX limitations by building up with additional circuit boards. Our Maximus Impact series made room for upgraded audio with a dedicated riser, and the Strix X370-I and B350-I Gaming go one step further with an M.2 Audio Combo card that contains both SupremeFX sound and M.2 storage. This small PCB is sandwiched between isolated heatsinks for an M.2 drive and the platform chipset, ensuring effective cooling without taking up too much space."

ASUS Aura Sync RGB lighting effects are on board, as is an 802.11ac Wi-Fi solution with 2×2 antenna and integrated Bluetooth. Connectivity includes a pair of USB 3.1 Gen 2 ports and four USB 3.1 Gen 1 ports, Gigabit LAN, and multi-channel audio on the rear panel, with 4x SATA ports, dual M.2 slots (one on the rear as well as the riser card), and headers for both USB 3.0 and 2.0 onboard.

The ASUS ROG Strix X370-I and B350-I Gaming motherboards will "be available starting late-October in the United States with pricing to be released in the coming weeks" according to ASUS. 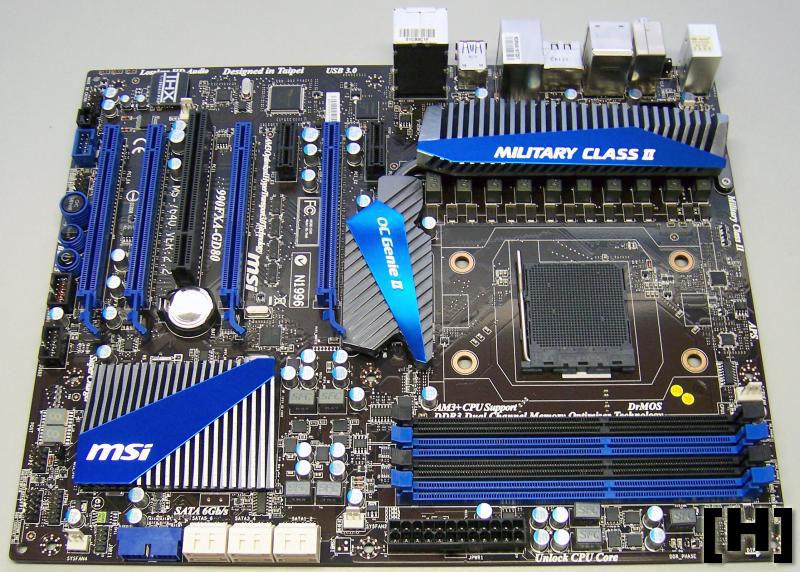