Huawei has announced the successor(s) to the Mate 9 smartphone with the new Mate 10 and Mate 10 Pro, which feature a new "3D Glass Body" industrial design along with the new Kirin 970 processor and other improvements.

The key features from Huawei include: 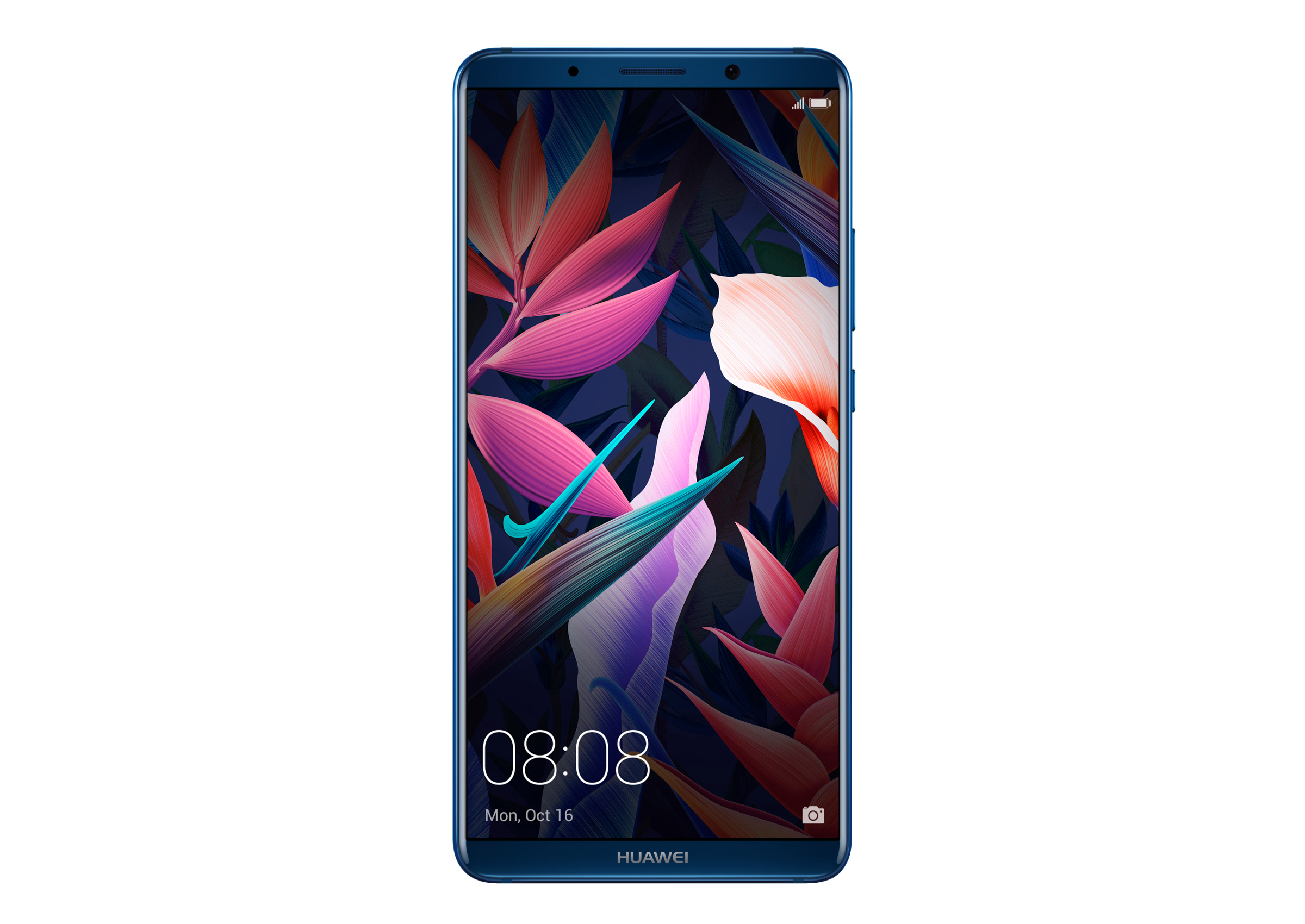 The new dual-camera system is again a joint effort with Leica, and combines a 12 MP color sensor with a 20 MP monochrome sensor, using lenses with a aperture of f/1.6 – and Huawei says this aperture is the "world's largest" for a smartphone. The digital zoom and bokeh effects are AI-powered, along with real-time scene and object recognition.

The new Kirin 970 combines an 8-core CPU with a 12-core Mali-G72 GPU, and includes an NPU (neural processing unit) for AI-related tasks as well as a new dual ISP for the AI-powered camera features mentioned above.

Both phones include a 4000 mAh battery which offers "smart battery management" which Huawei states "understands user behavior and intelligently allocates resources to maximize battery life". The new TÜV-certified fast charging feature supports low-voltage charging of 4.5V / 5A, and Huawei states this will charge the phones from 1% to 20% in 10 minutes, or 1% to 58% in 30 minutes. 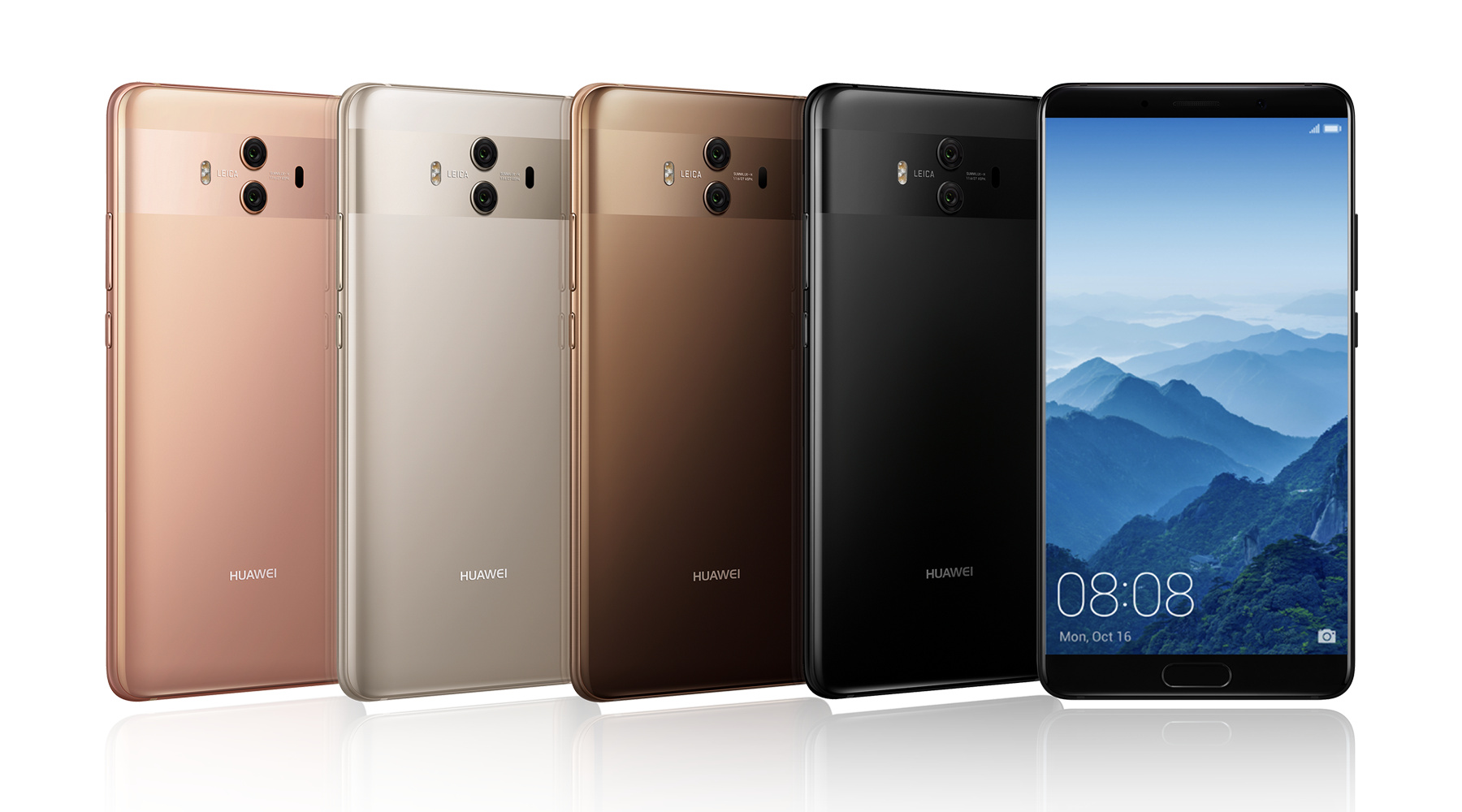 The Mate 10 and Mate 10 Pro ship with Android 8.0 and a new "simplified" version of Huawei's EMUI interface. Pricing and availablity for the U.S. was not revealed, but the phones will go on sale internationally starting this month for the Mate 10, and mid-November for the Mate 10 Pro. 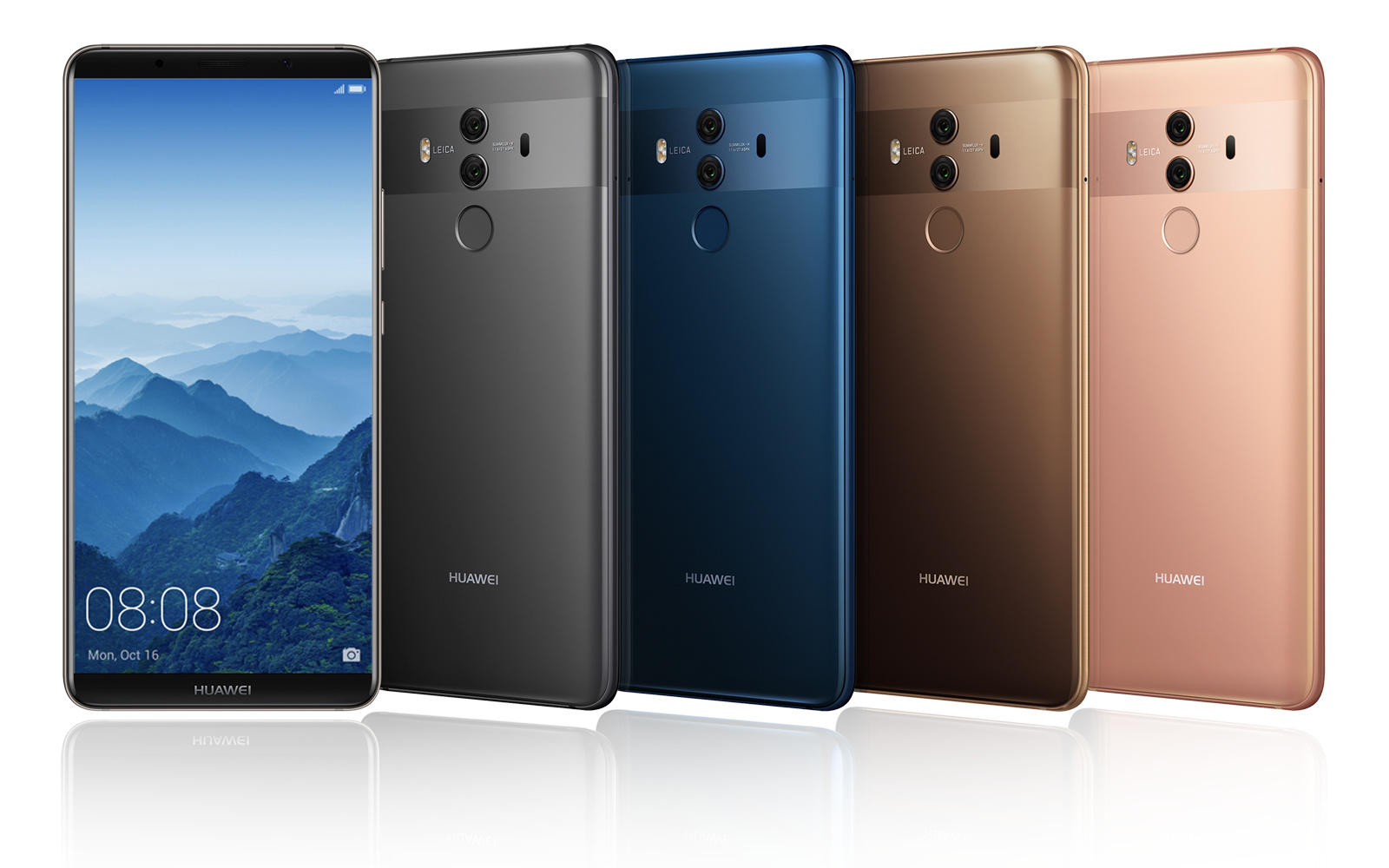