Got your attention, didn't I? While placing multiple 900P's into a RAID is currently a tricky proposition, we were recently toying around with 4 Optane Memory 32GB parts, and even successfully booted from a RAID-0 of them. Stands to reason some folks were considering doing the same before they read this review, well, unless maybe a RAID of smaller Optane Memory drives could somehow beat the 900P? Let's put that one to bed by comparing a single 480GB 900P against 1, 2, 3, and even 4 Optane Memory 32GB SSDs in a RAID-0 configuration: 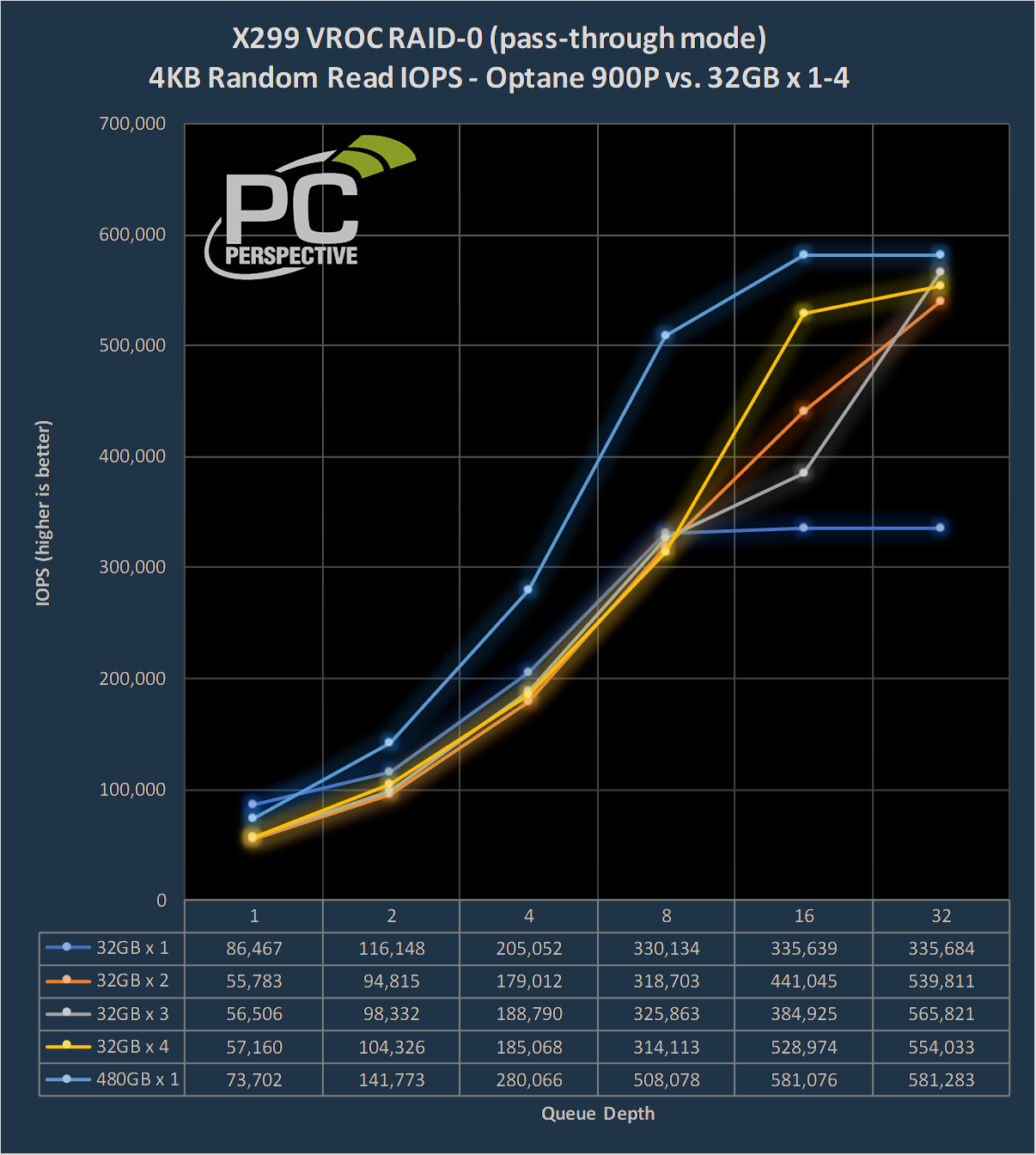 The 900P beats all possible configurations of the smaller modules, except for a slight edge going to the single 32GB part when responding to a single request. This is because the smaller and more nimble controller is rated at 7 microseconds, while the 900P is only rated at 'less than 10'. 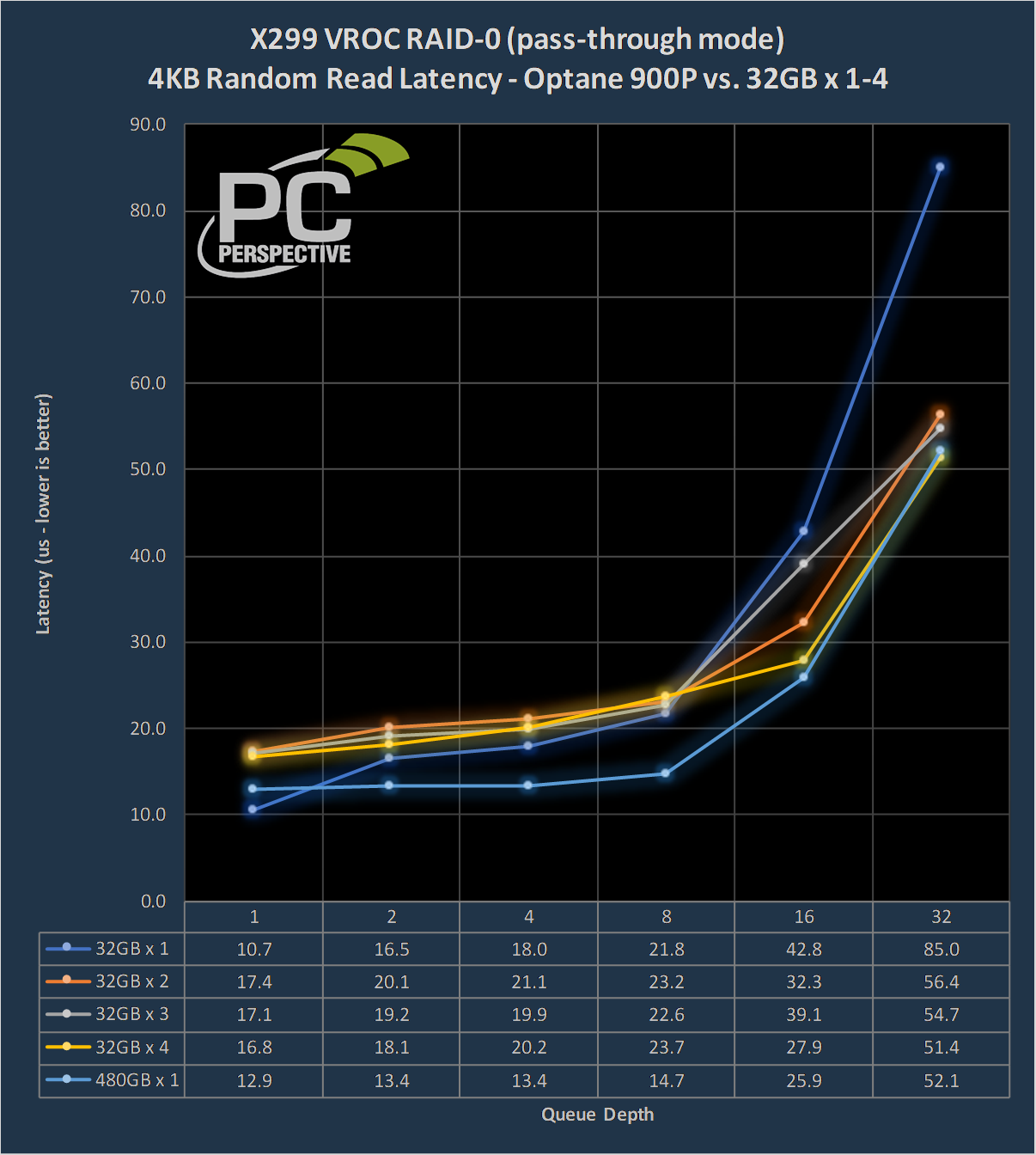 Here is a look at latencies. The QD=1 figures of 10.7 (vs. 7) for 32GB and 12.9 (vs. <10) for the 900P are primarily due to the additional time needed for service storage-related interrupt servicing under Windows. There are potential future driver and OS-level improvements that will help Optane perform even faster in the future, but for now, it is what it is. 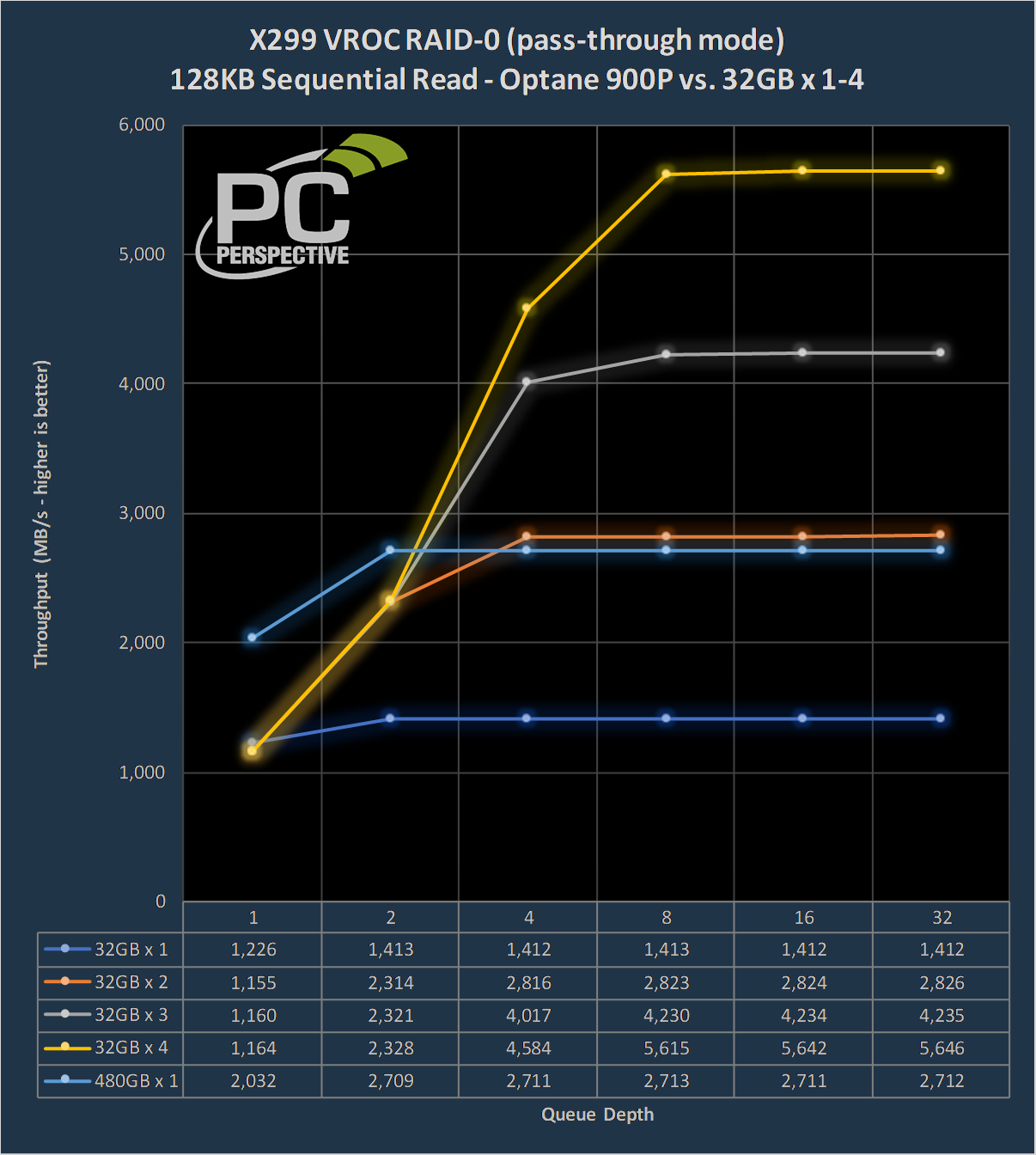 Looking at sequentials, while a pair of 32GB parts can match the 900P, they must climb to QD=4 to do so, and adding additional Optane Memory modules to the array only means even higher queue depths must be attained before reaching full throughput. This means that in practice, a single 900P's superior lower queue depth performance will likely match or outpace the arrays of smaller Optane Memory parts.

All SSDs *should* thermally throttle, but the key is for them to never get hot enough to warrant it. I intentionally tried to trigger a thermal throttling event on the 900P. It took 30 minutes of solid writing in stale, non-moving air, on an open testbed with no fans blowing across the SSD. By the time I got the thermally massive heat sink hot enough for the controller to back off…: 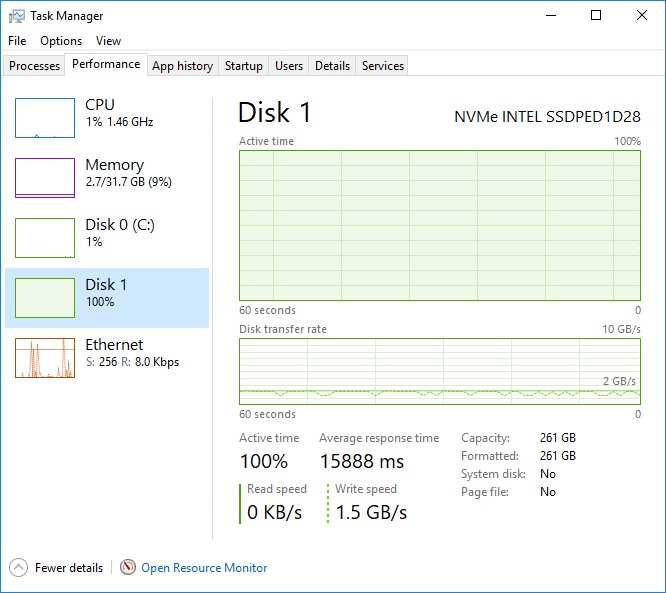 Expected speed here was 2.3 GB/s. I caught it at a dip for this screen shot.

…it barely did so often enough to notice, momentarily dipping to 1.5 GB/s every few seconds. Keep in mind I had written 4 terabytes to a 280 gigabyte SSD with zero airflow to cause these throttle events, and even then they were very minor. This was 28 drive writes straight. Here's what the smart data looked like during throttling: 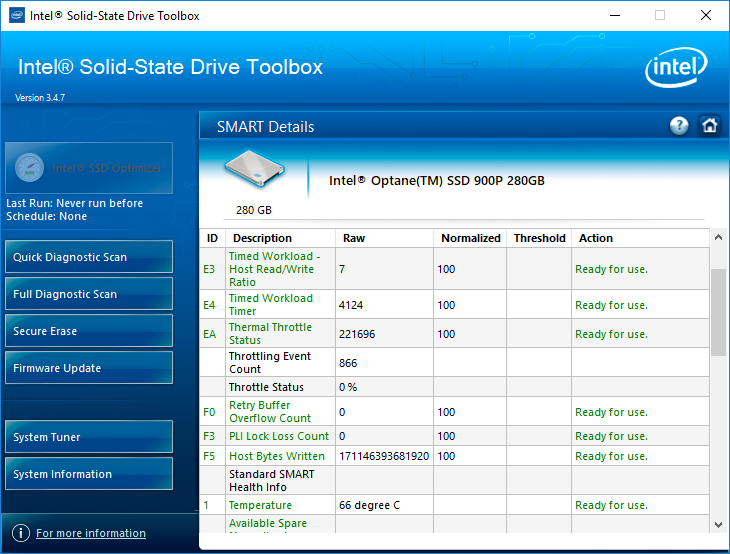 The 900P's controller began throttling at 66C (150F). 3D XPoint can operate at higher temperatures, so this appears to be a mostly controller-saving measure. 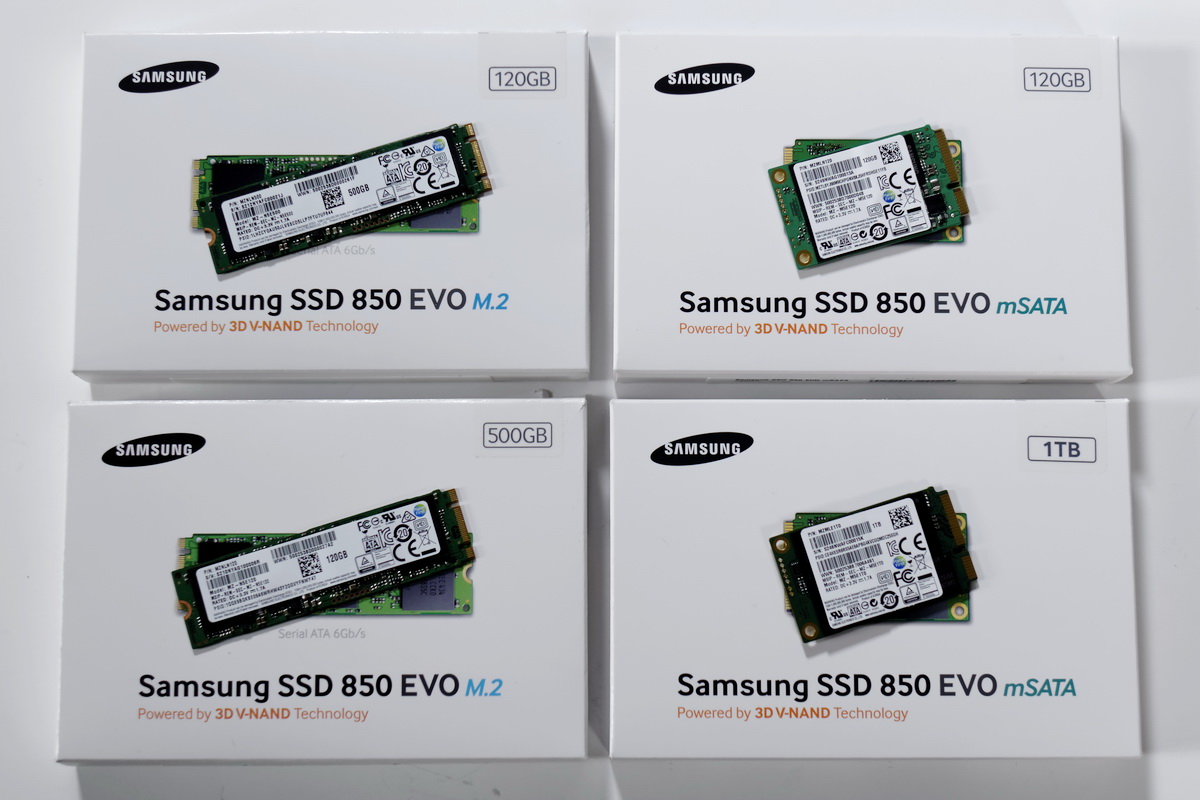