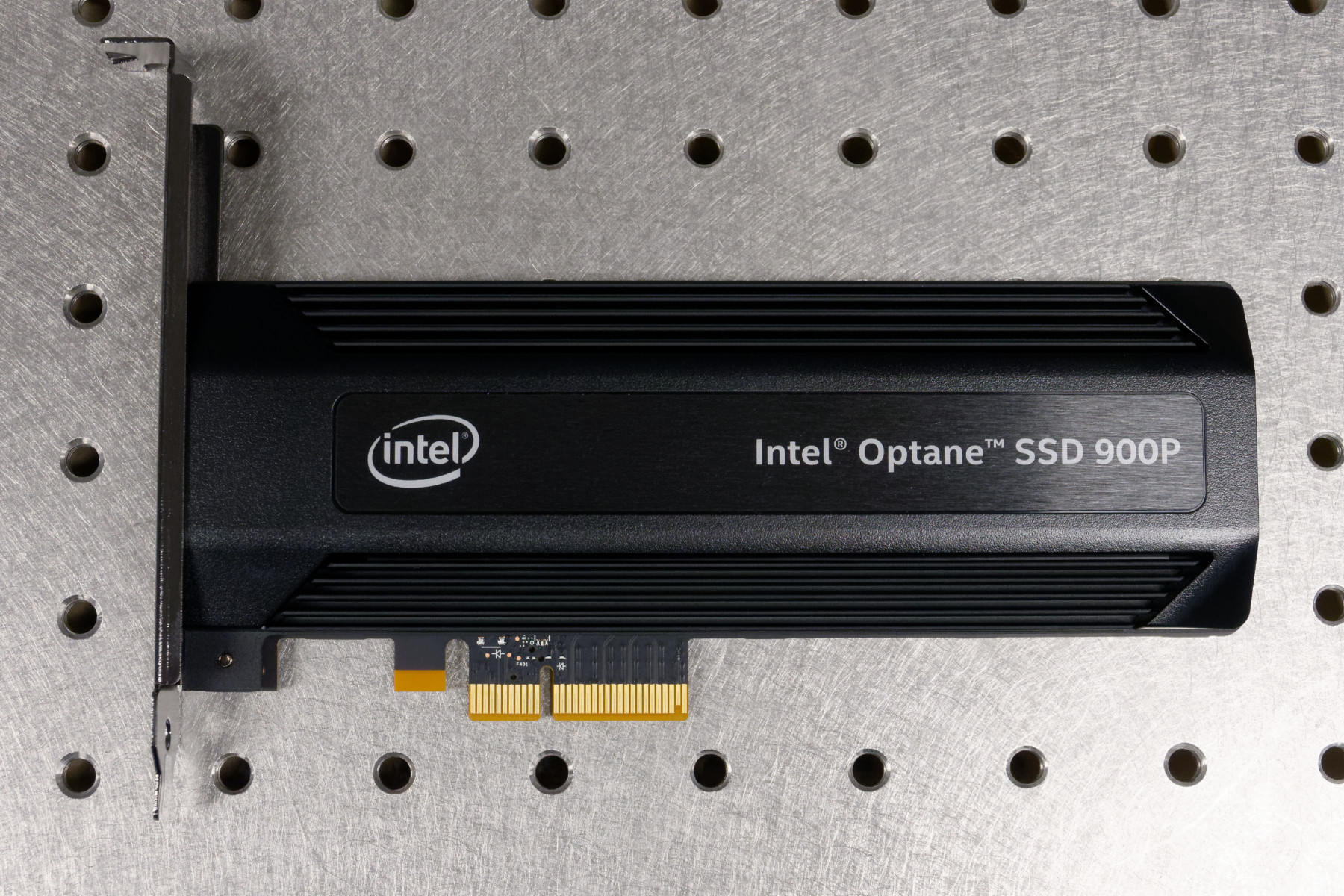 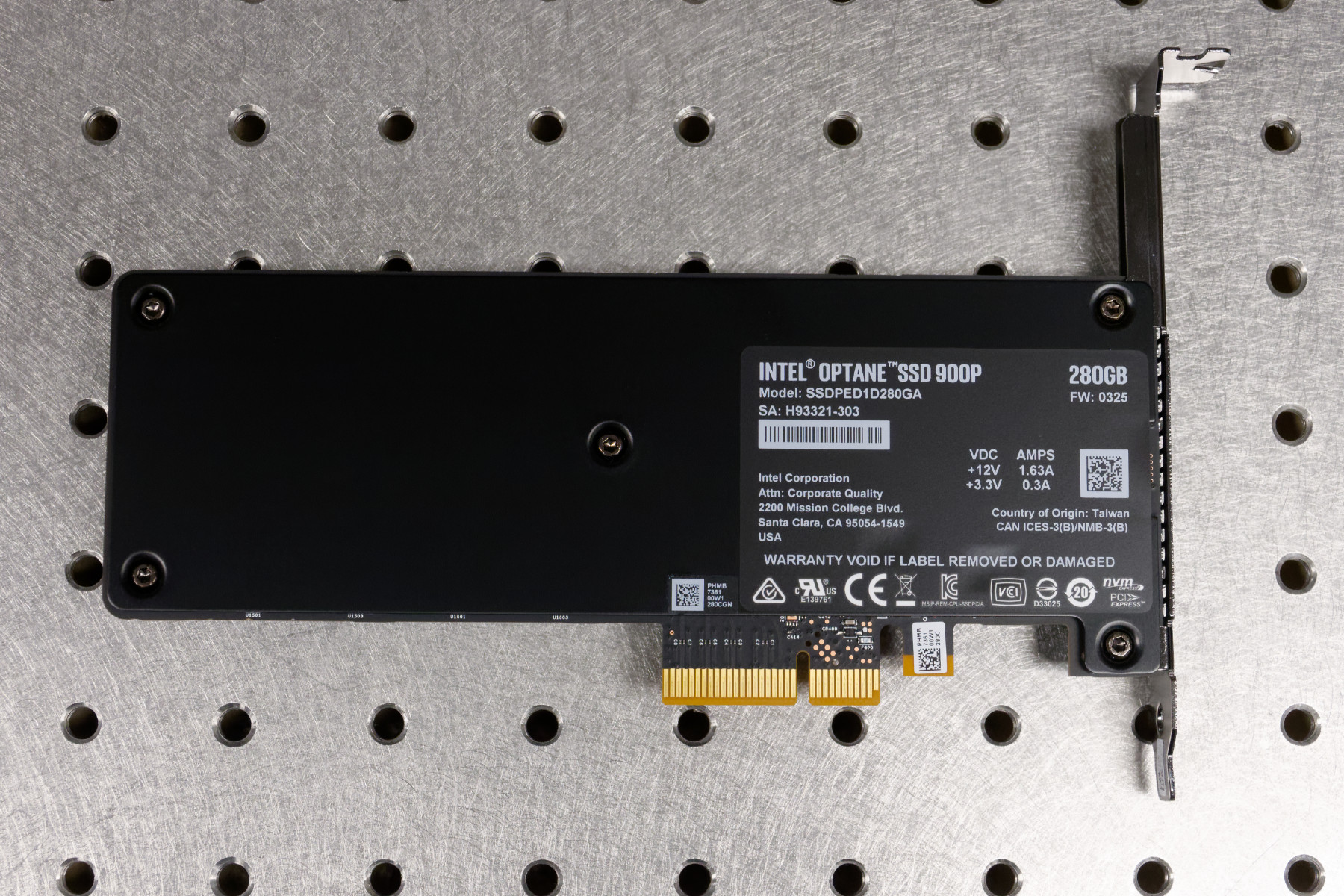 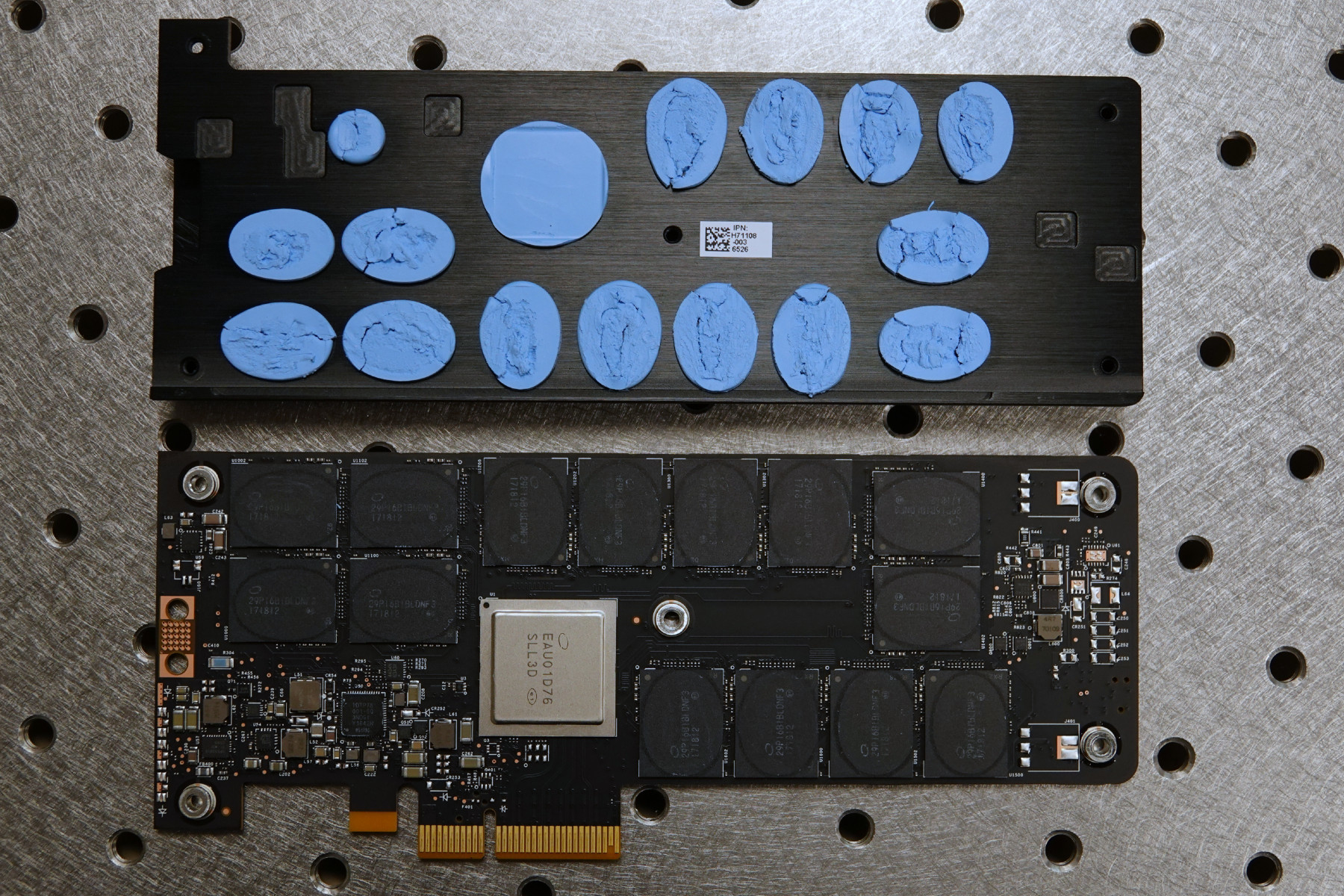 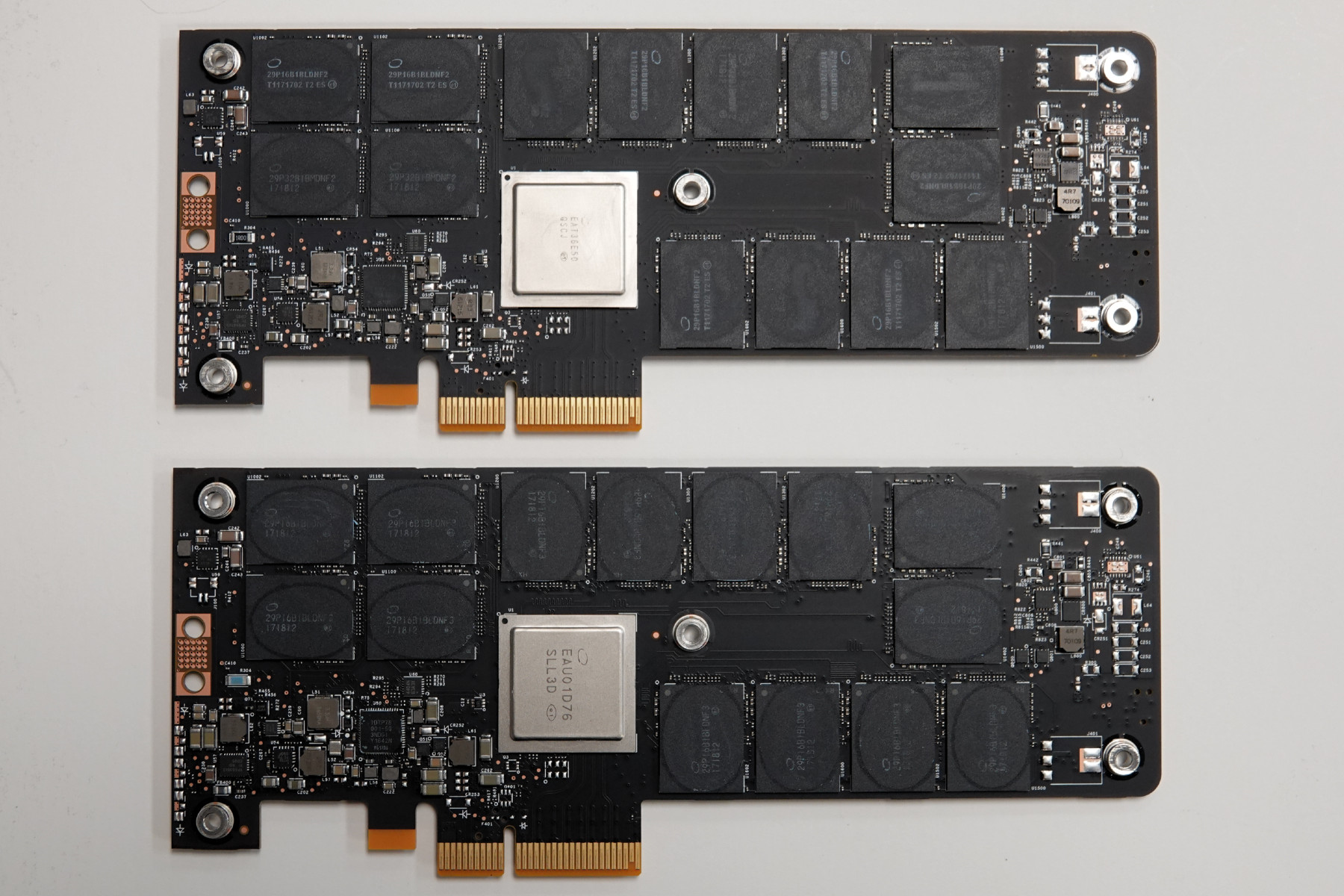 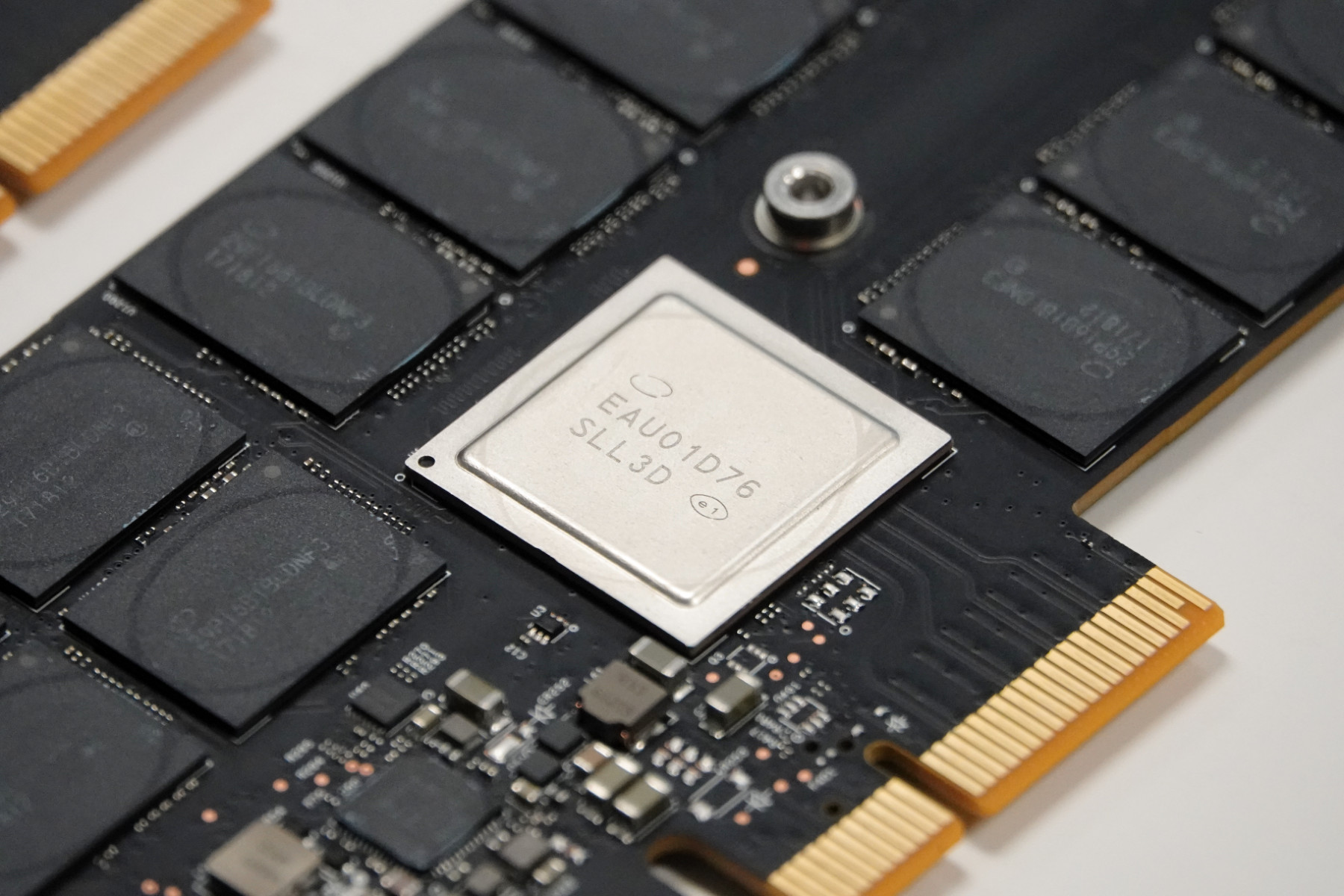 This is Intel's 7-channel controller design that has been around since the SSD DC P3700/SSD 750 (though it's 14-channels in those parts – same PCB layout though). We suspect significant changes had to be made to bring latencies down so significantly. Also note: no DRAM. Who needs DRAM with a few hundred GB of stuff that is almost as fast! 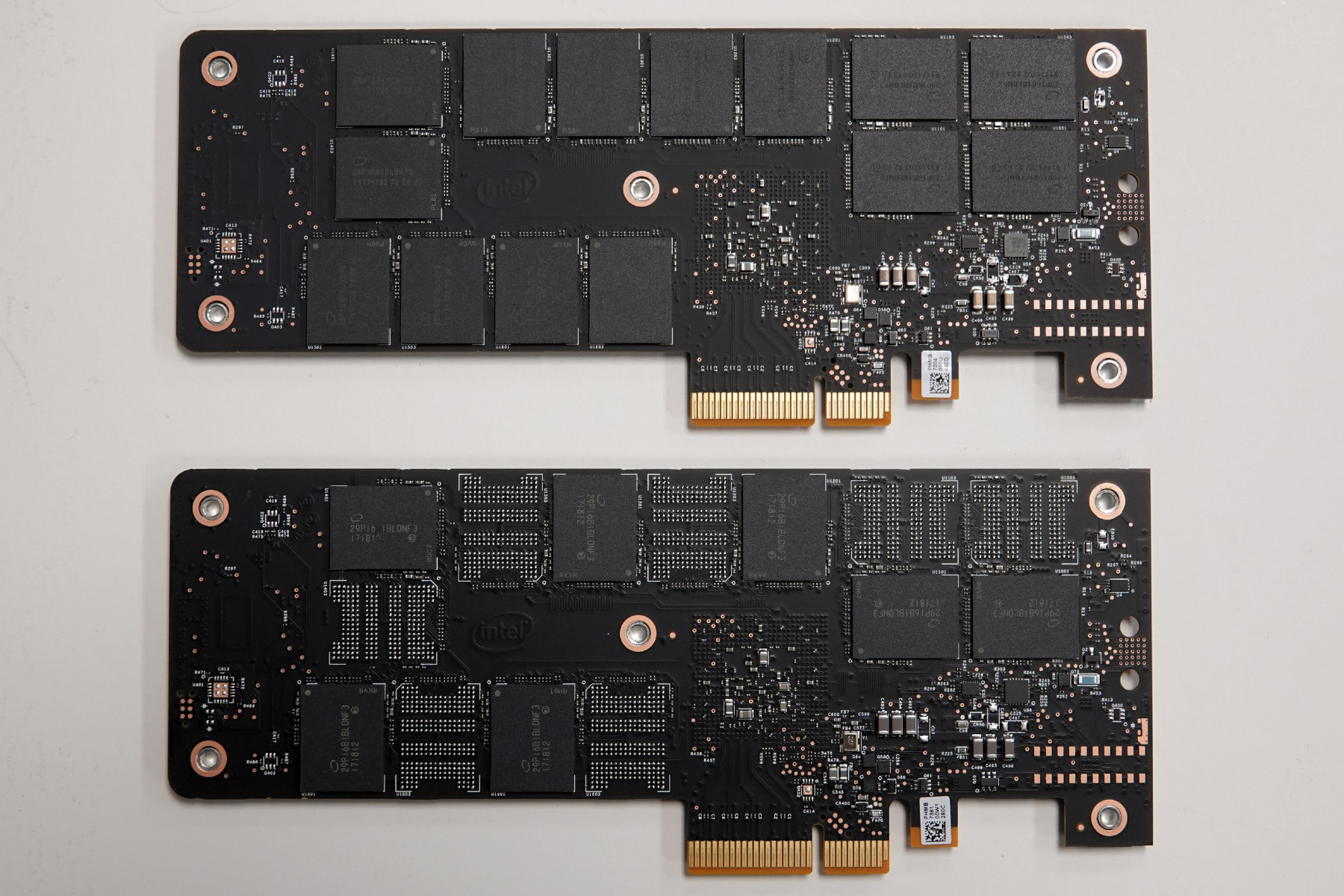 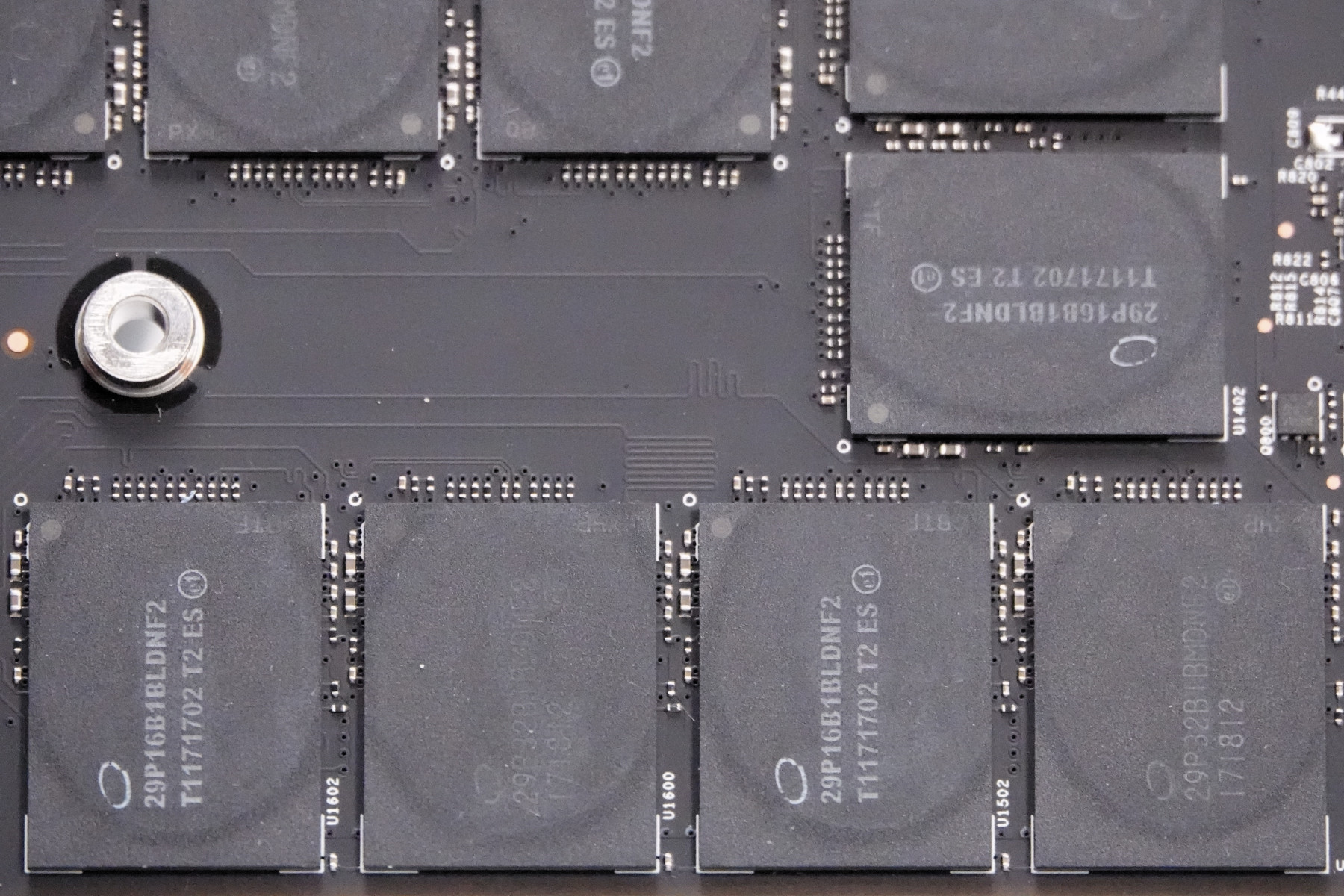 Now I know what you're thinking. If Optane doesn't need overprovisioning or a large spare area in the same sense as NAND flash SSDs, then why on earth do these parts have on the order of 20% extra 3D XPoint installed? Intel's official response to that question is “3D XPoint™ memory media does not require over-provisioning.  We aren’t disclosing the use of the additional media at this time.”, which is fair enough, but I can hypothesize a bit based on my knowledge of the history of this controller in particular and of storage media technologies in general:

Kudos for Intel for (theoretically) going way over the top on error correction and redundancy here. It makes sense to do this for the first iterations of any storage product, regardless of the companies confidence in the technology. 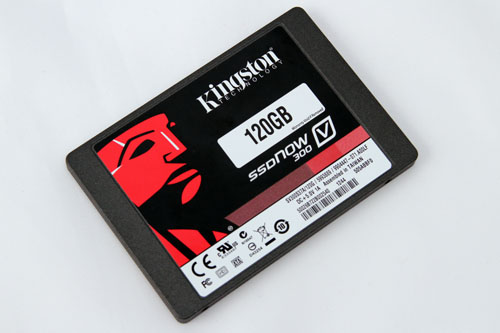 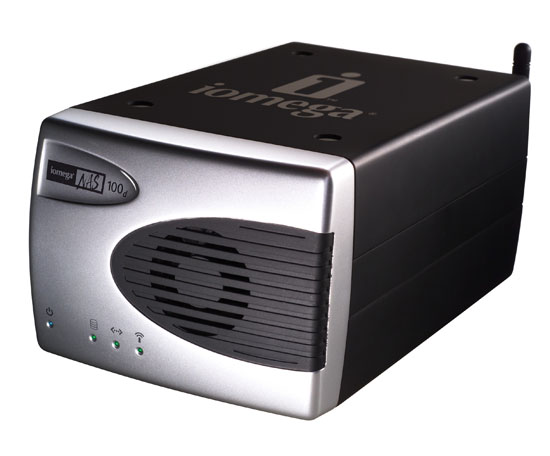