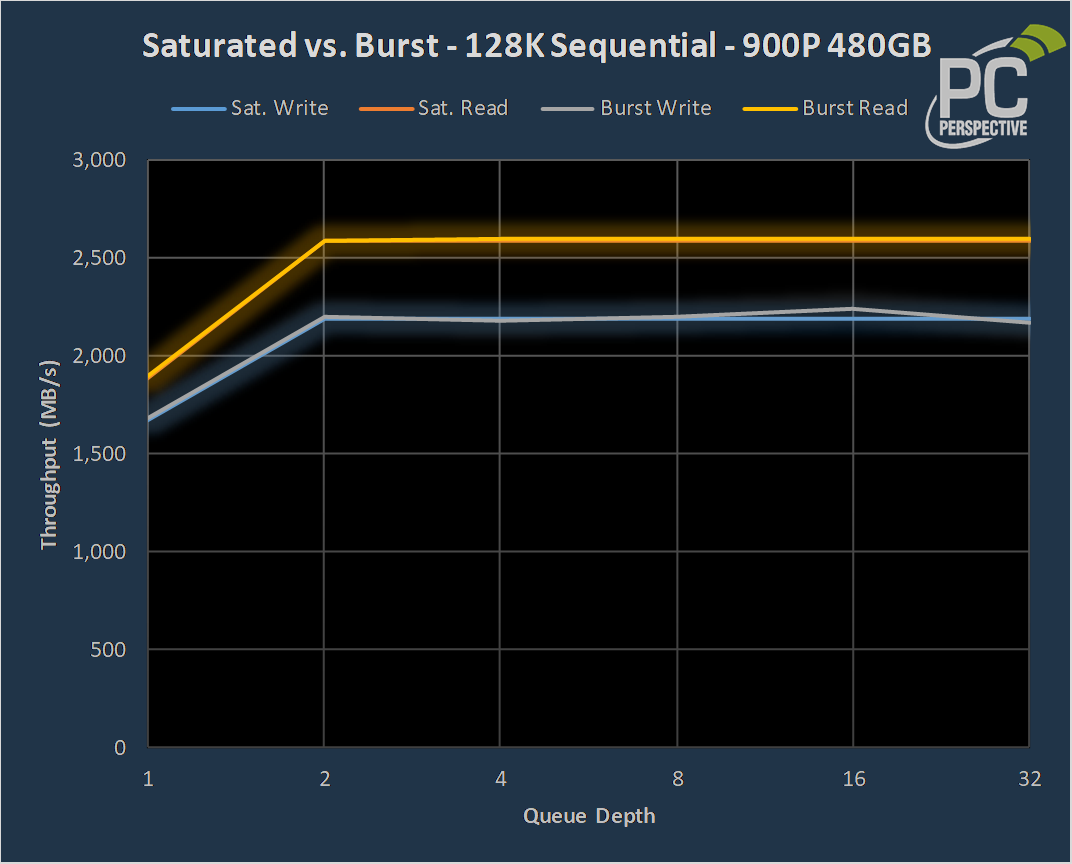 Normally I only show Burst performance here, but I'm including both bursty and saturated workload performance to demonstrate that the 900P could care less what type of workload you throw at it. It will do its job as consistently as possible regardless. We also note here that sequential throughput exceeds its rated figures (2.5 / 2.0 GB/s) by a comfortable margin. 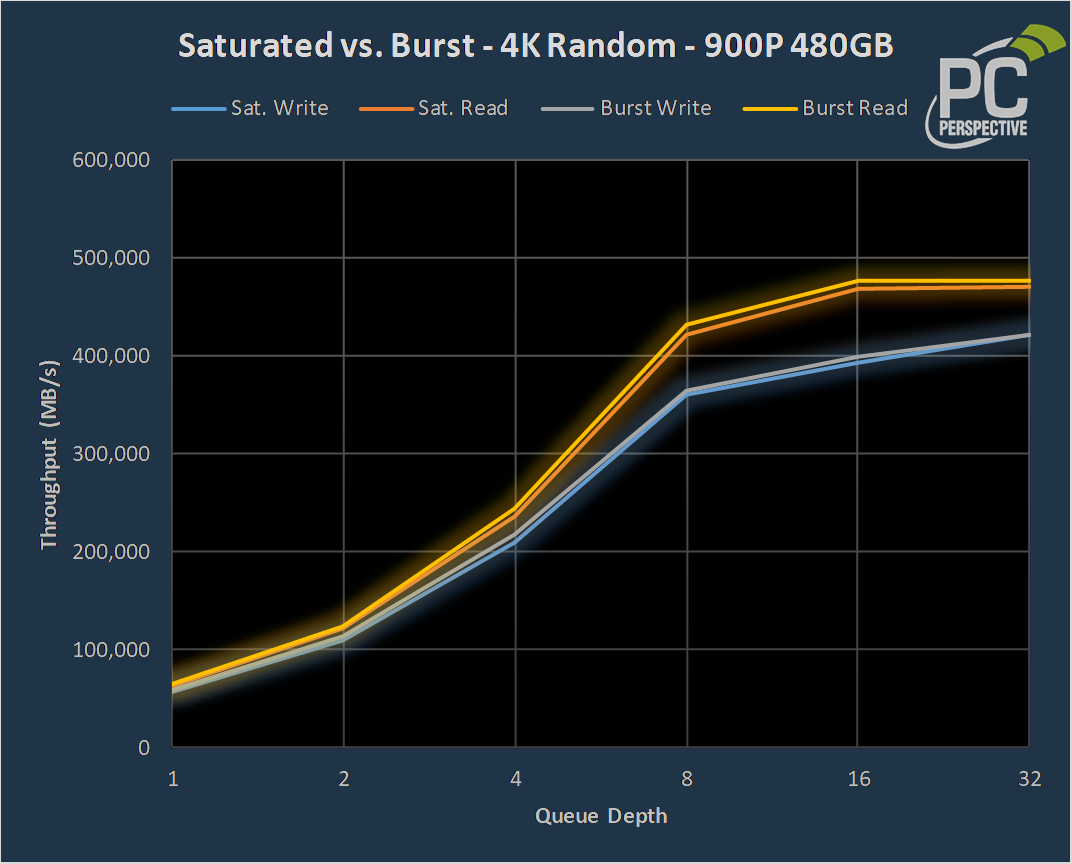 I'm continuing with the burst vs. saturated plots here, and again the 900P performs identically regardless of the method of workload application. No need to dance around the idiosyncrasies of SLC cached TLC flash here. This also means it does not matter how hard or how long you apply a given workload. Want to write 4K random to the whole drive? Go for it. Want to write sequentially over the same spot you just wrote randomly (this would perform poorly on most NAND SSDs)? Go right ahead. The performance will be exactly as seen above regardless of prior work applied, conditioning, anything really. 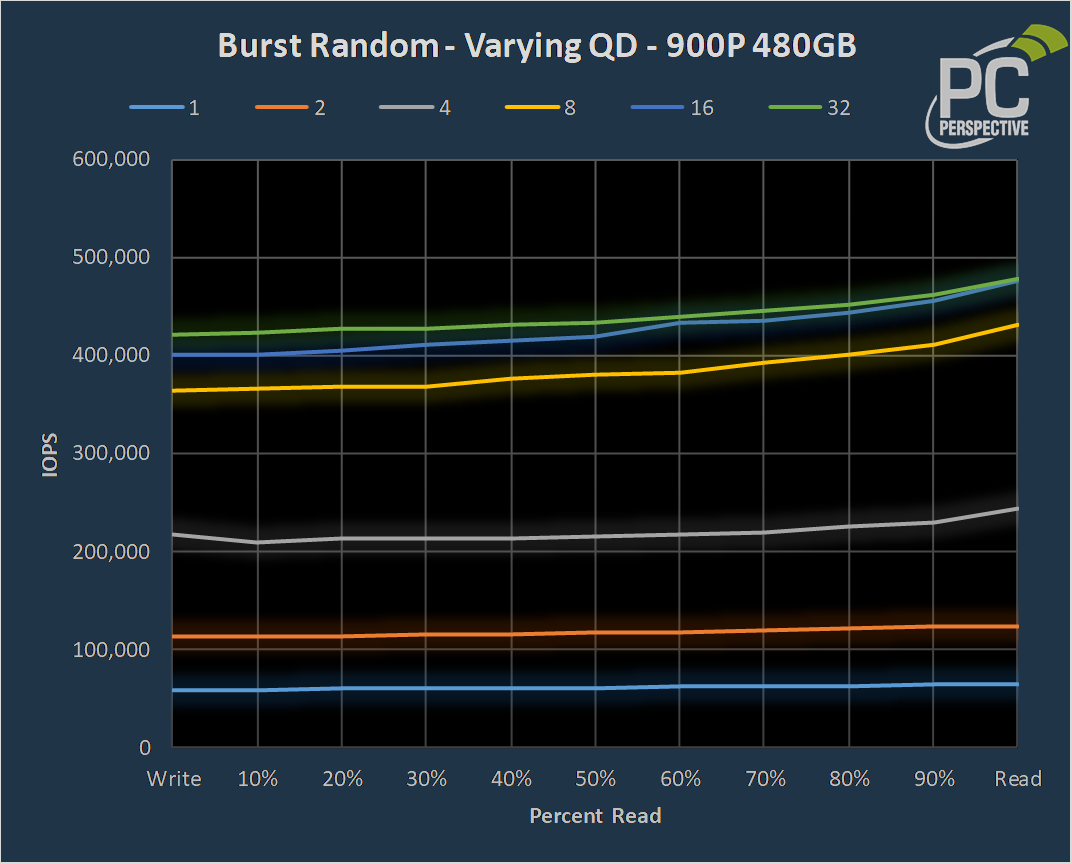 The above plot should look familiar, as this type of flat slope is what we expected to see before the P4800X launched. One thing though. Look at the bottom two charts here. Maximum IOPS appears to be falling a bit short of the 550k/500k rating. We've previously seen the P4800X exceed those same specs without issue, but Intel has told us the 900P is tuned differently. We confirmed this with multiple drives and across multiple systems. Odd to see an Intel SSD falling short on pretty much any of its specs, but we'll dig into that further and report back. I don't see it as a major deal anyway as the only workloads hitting QD=32 are synthetically applied (benchmarks). Client SSDs rarely exceed QD=4, so the bottom end is where the real action is when it comes to system responsiveness.

I could go on here, but time is better spent going straight into explaining the comparative results…