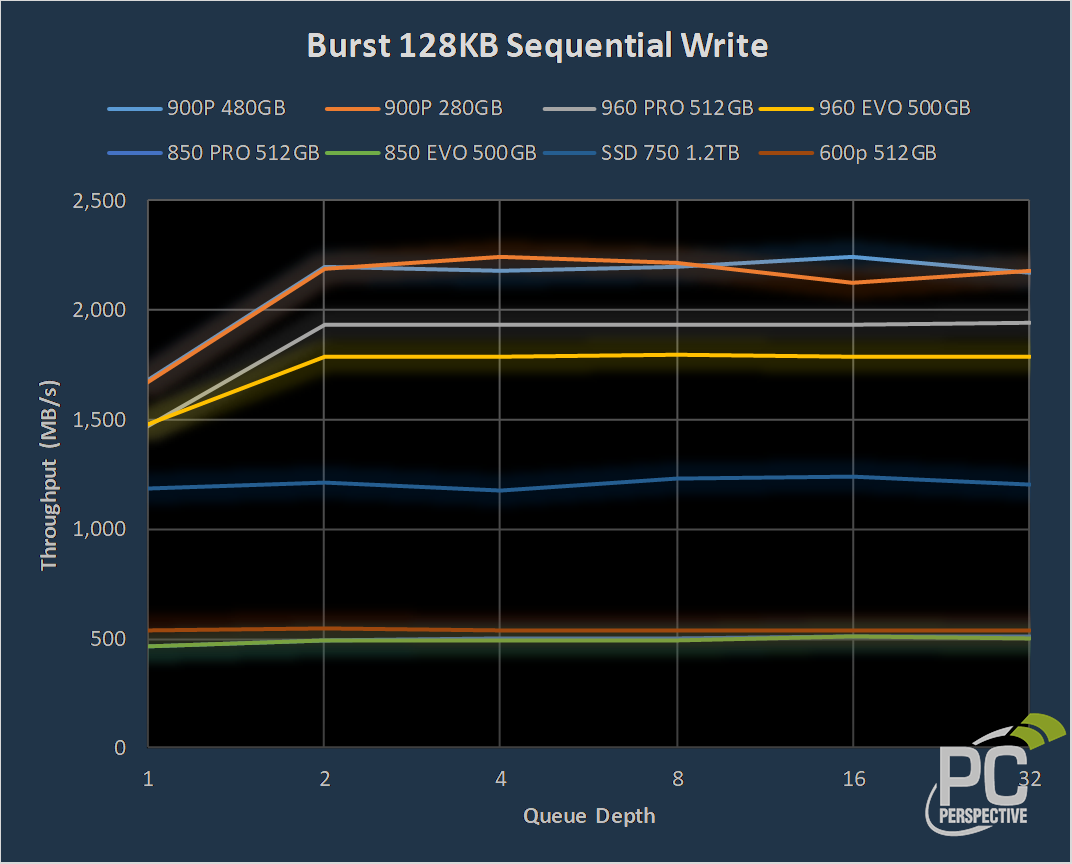 Starting again with sequential writes, to put it simply, 900P eats all for breakfast. Even the 960 PRO. Note the SSD 750 at half the throughput, and the poor SSD 600p (an NVMe part) sitting down there in SATA territory – and that's with our bursty workload only ever writing to SLC cache on that drive! 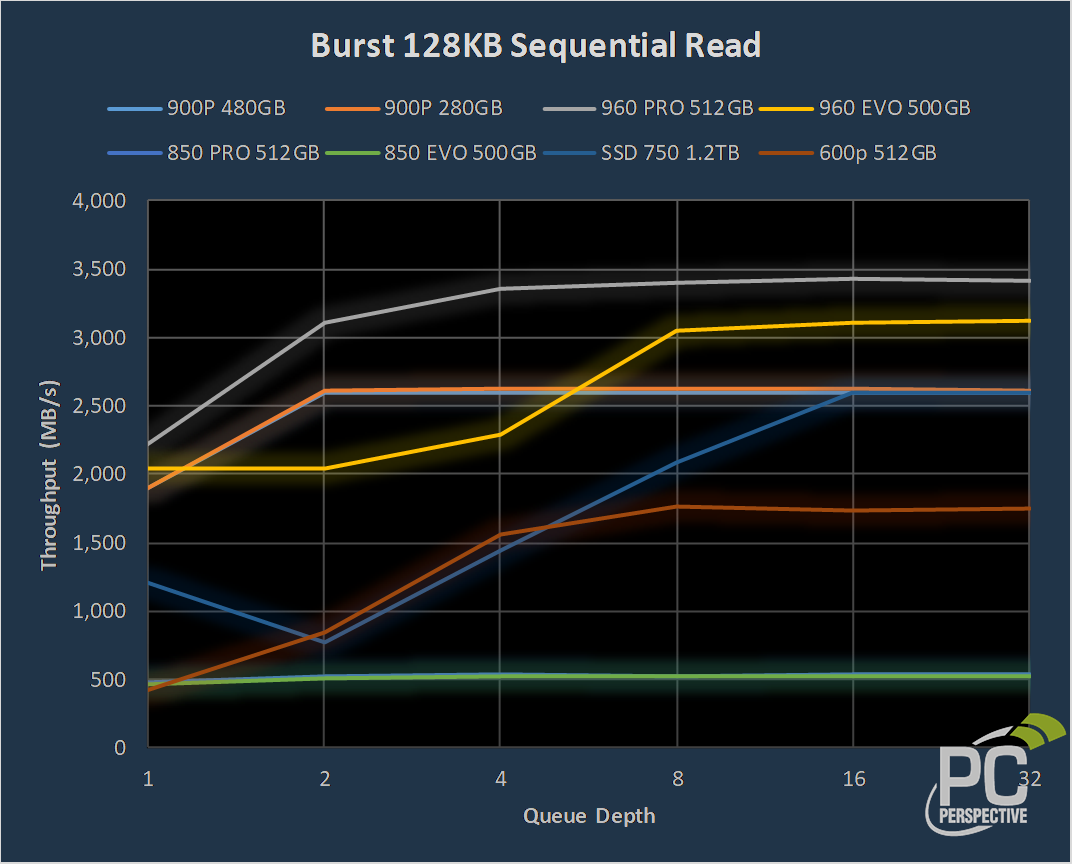 Sequential reads mixed things up a bit. The 900P falls prey to the 960 PRO across the board. The 960 EVO does well to compete but falls short at the lower queue depths where it really matters. So does the SSD 750, which was known for having lesser read performance as compared to writes. While we're on the SSD 750, note how that dark blue line matches right up to the 900P's once it managed to catch up? Same controller same max throughput. Go figure. 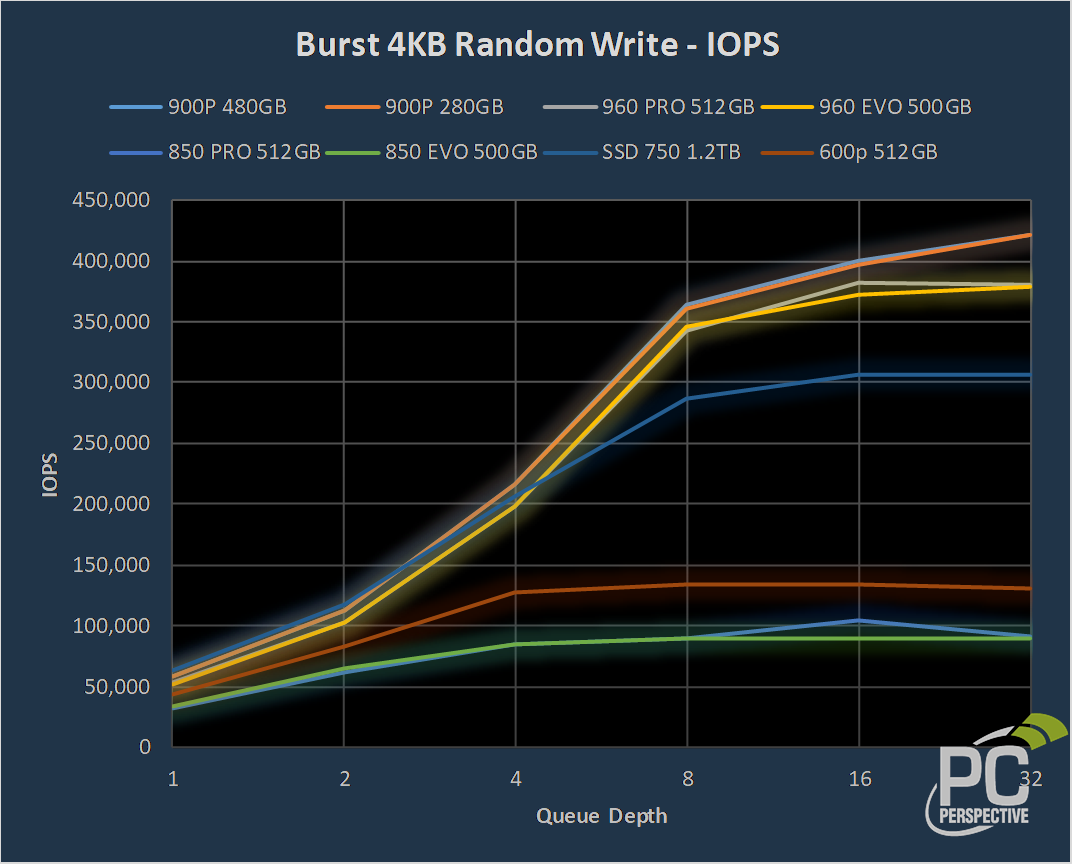 You might not think so, but NAND SSDs are actually pretty competitive at low QD random writes. This is for a few reasons. TO explain better, let's review what happens when a typical NAND-flash SSD writes or reads:

Since writes can be acknowledged and committed to flash in the background, we see the 960 models nipping at the heels of the 900P's, and look at that SSD 750! It's actually beating Optane at the lower queue depths! How is this so? Well, it's the same controller, but the incoming writes are going straight to the (RAM) buffers of the flash memory dies. Like it or not, RAM is still quicker than XPoint, but write response is important in enterprises. Consumers need to *read* stuff quickly as well: 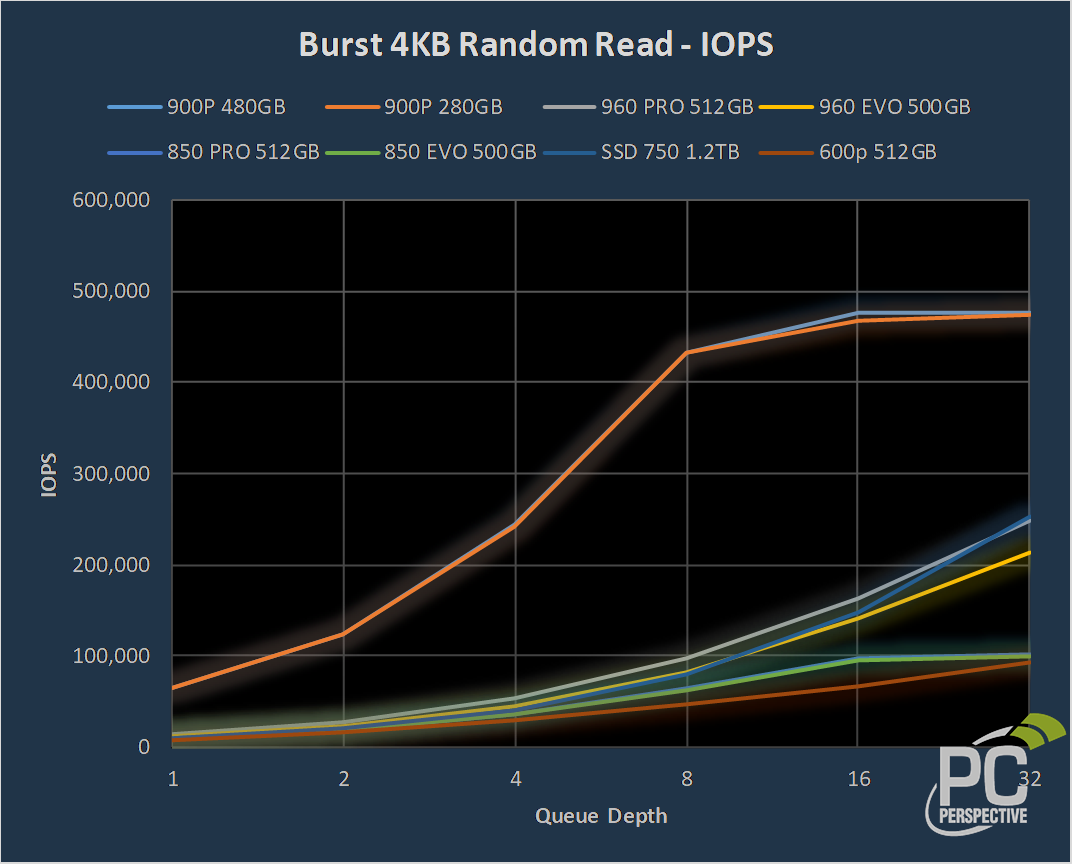 Ok, NOW we separate the men from the boys! The two SSD 900P capacities are just dominating the field here, especially at the lower queue depths: 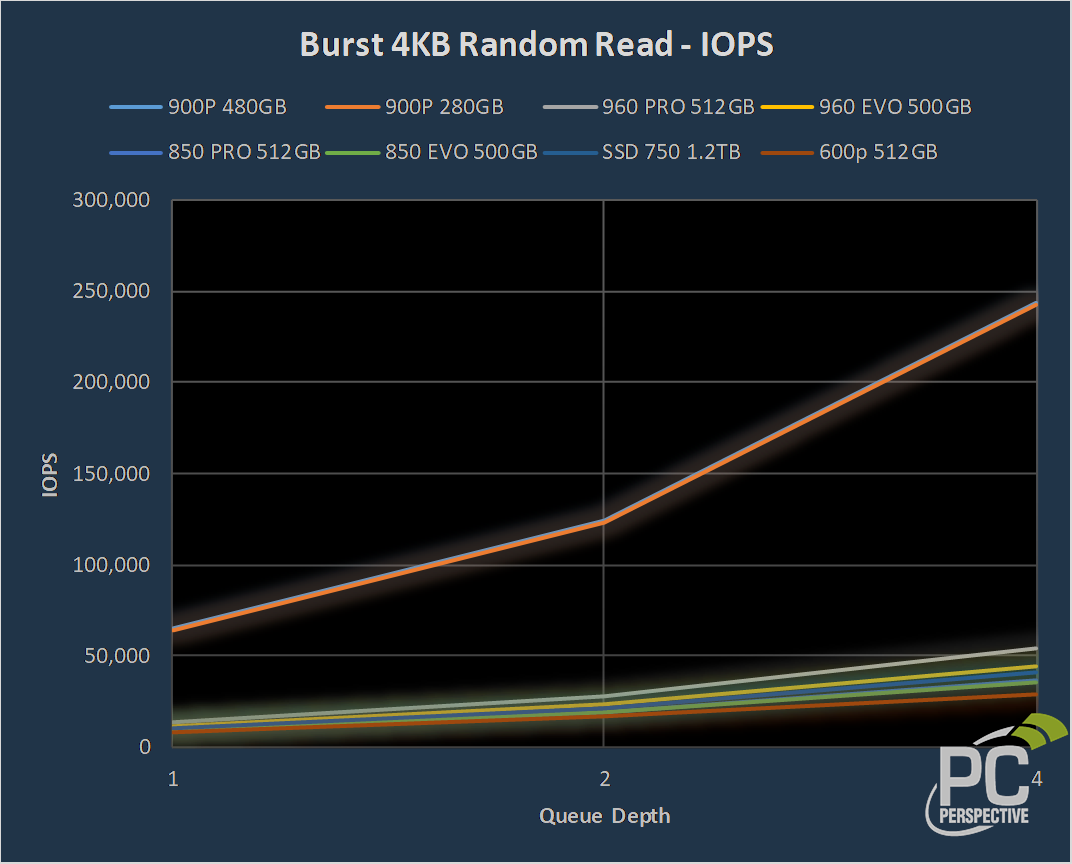 250,000 IOPS at QD=4, and the far steeper ramp-up seen with Optane here means the SSD 900P can shallow the queue far faster than any of the competing products here. What that means is if we had an application requesting at a rate of 50,000 IOPS, the fastest NAND product would have to climb to QD=4 (with a corresponding increase in IO latency as requests would have to wait 4-deep in line), while the 900P would be serving that data faster than the requests could come in, and would even be sitting idle some of the time. Now that's impressive!