We take a look at the new 6-core 8700K and 8400 processors, taking Intel’s mainstream processor segment up a notch!

As seems to be the trend for processor reviews as of late, today marks the second in a two-part reveal of Intel’s Coffee Lake consumer platform. We essentially know all there is to know about the new mainstream and DIY PC processors from Intel, including specifications, platform requirements, and even pricing; all that is missing is performance. That is the story we get to tell you today in our review of the Core i7-8700K and Core i5-8400.

Coffee Lake is the second spoke of Intel's “8th generation” wheel that began with the Kaby Lake-R release featuring quad-core 15-watt notebook processors for the thin and light market. Though today’s release of the Coffee Lake-S series (the S is the designation for consumer desktop) doesn’t share the same code name, it does share the same microarchitecture, same ring bus design (no mesh here), and same underlying technology. They are both built on the Intel 14nm process technology.

And much like Kaby Lake-R in the notebook front, Coffee Lake is here to raise the core count and performance profile of the mainstream Intel CPU playbook. When AMD first launched the Ryzen 7 series of processors that brought 8-cores and 16-threads of compute, it fundamentally shook the mainstream consumer markets. Intel was still on top in terms of IPC and core clock speeds, giving it the edge in single and lightly threaded workloads, but AMD had released a part with double the core and thread count and was able to dominate in most multi-threaded workloads compared to similar Intel offerings.

Much like Skylake-X before it, Coffee Lake had been on Intel’s roadmap from the beginning, but new pressure from a revived AMD meant bringing that technology to the forefront sooner rather than later in an effort stem any potential shifts in market share and maybe more importantly, mind share among investors, gamers, and builders. Coffee Lake, and the Core i7, Core i5, and Core i3 processors that will be a part of this 8000-series release, increase the core count across the board, and generally raise clock speeds too. Intel is hoping that by bumping its top mainstream CPU to 6-cores, and coupling that with better IPC and higher clocks, it can alleviate the advantages that AMD has with Ryzen.

That’s what we are here to find out today. If you need a refresher on the build up to this release, we have the specifications and slight changes in the platform and design summarized for you below. Otherwise, feel free to jump on over to the benchmarks!

Though specs and pricing were all revealed last month, let’s take a quick look at what Intel is releasing today and how it stacks up to previous and competing parts.

Though we only have the Core i7-8700K and the Core i5-8400 to evaluate today, this entire lineup is quite interesting. The Core i7 family jumps from 4-cores to 6-cores while maintaining support for HyperThreading, enabling 12 total threads. The Core i7-8700K has some impressively high clocks – hitting 4.7 GHz at stock settings with a single thread and 4.4 GHz with all threads running. The Core i7-7700K does have a higher base clock (4.2 GHz versus 3.7 GHz) though I never saw the new 8700K dip down that low. The Core i5 family of processors now exist without HyperThreading but still have 6-cores enabled, starting at just $182. And the Core i3 line is now true quad-core enabled without HyperThreading.

What this should mean for performance is that all of the new Intel CPUs will be faster than their Kaby Lake counterparts. Having six true cores on the Core i5 family should be compelling options against the quad-core + HyperThreaded Core i7 processors from previous generations. And now I expect the Core i3 parts to compete very well with where the Core i5 landed previously. This is a pretty significant shake up for Intel’s mainstream product line and represents a strong response to AMD as it leans into its Ryzen 7/5/3 product family this fall. 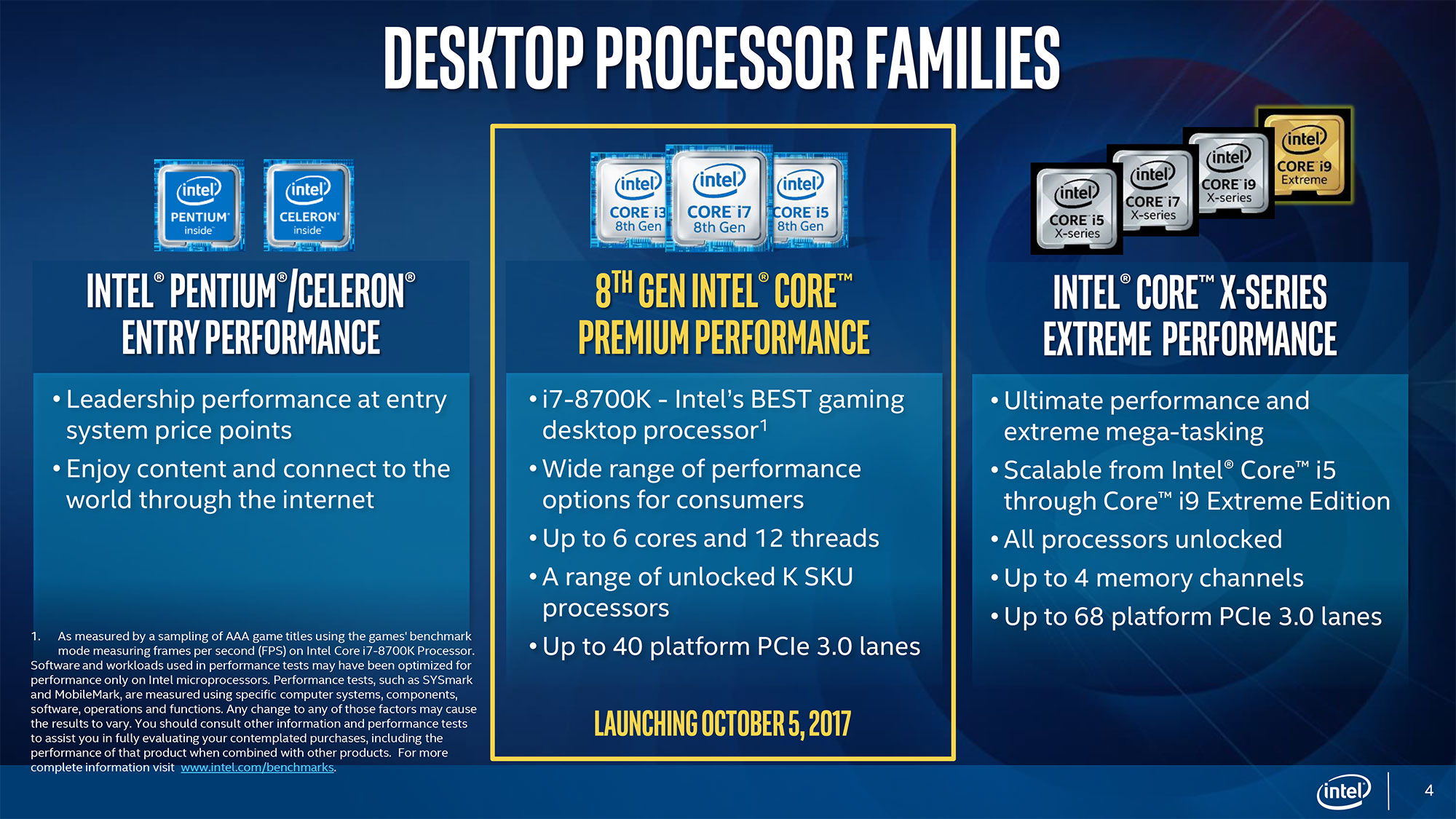 Along with the new processor family comes a new chipset, the Intel Z370, and a host of new motherboards including the ASUS STRIX Z370-E Gaming we used in our testing. There has been much lamenting about Intel requiring a change in motherboard to upgrade from Kaby Lake to Coffee Lake, when the Z270 chipset is not even a year old. And while I can definitely sympathize with consumers in this regard, Intel tells us (and others have confirmed) that the power delivery on the socket has changed in order to support higher power and overclocking with the 6-core designs. This also means that Z370 motherboards are not backwards compatible with Kaby Lake processors either. We are on a 1:1 switch here, which sucks all-around, to be blunt.

For those that are recently upgraders, this is bad news. If you are looking to build a whole new system around a mainstream platform, this could be your opportunity. (Though there are rumors swirling that this chipset will be a one-off solution, so keep that in mind.) 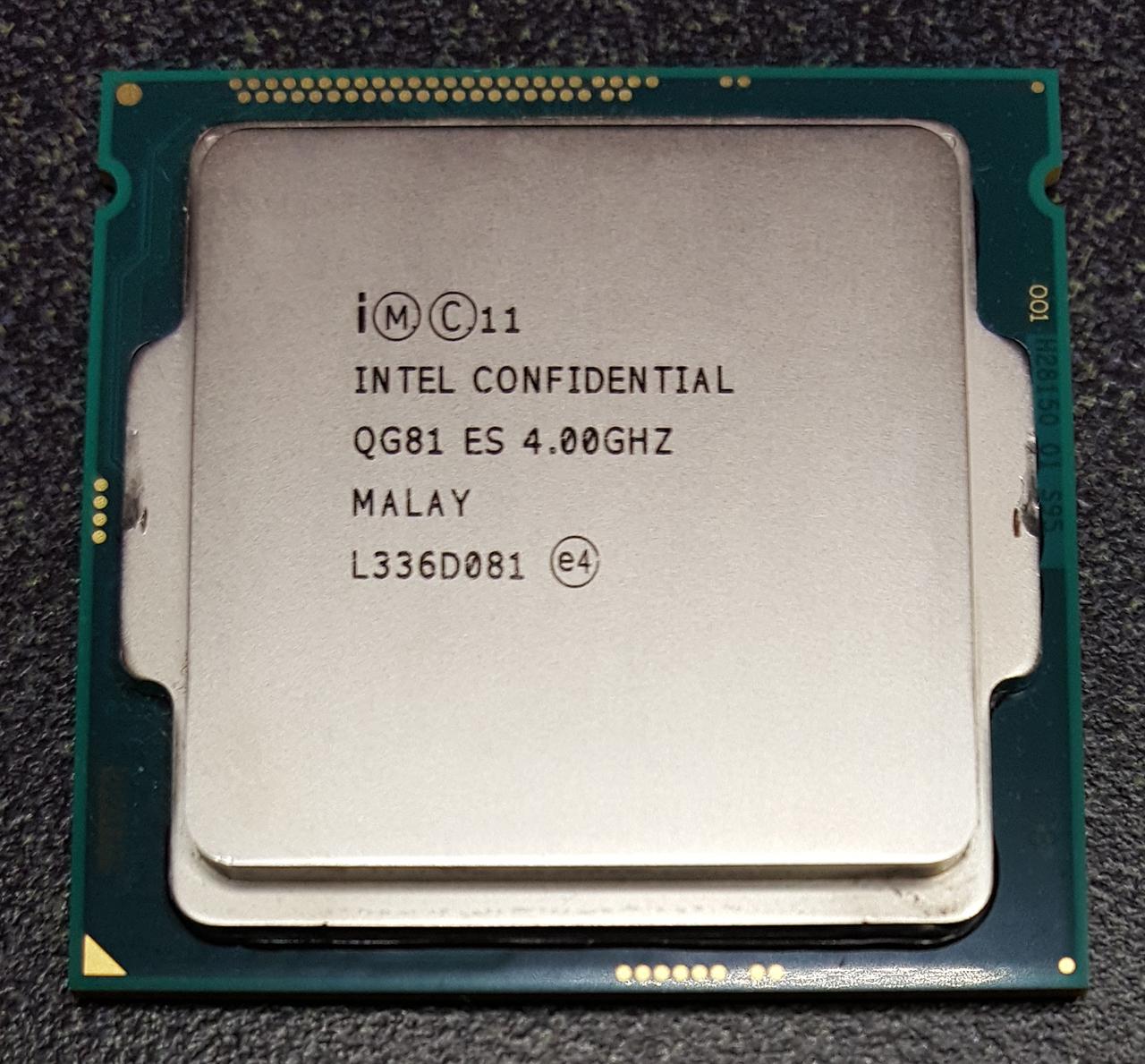