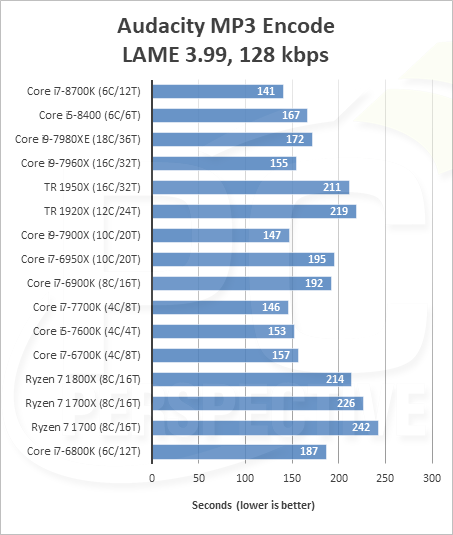 The Audacity audio encoding test focuses on single threaded performance, so it's no surprise to again see the new Core i7-8700K come out on top, albeit by only about 3.5% over the 7700K. 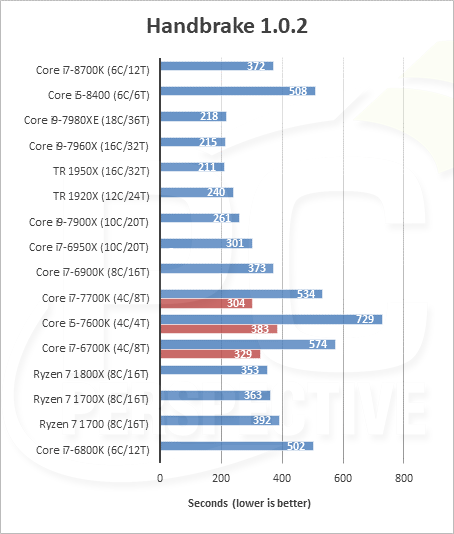 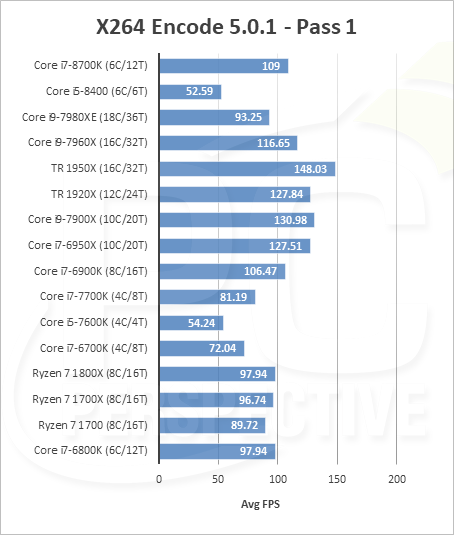 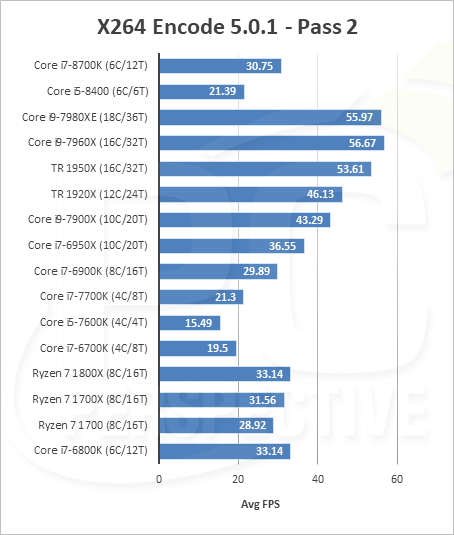 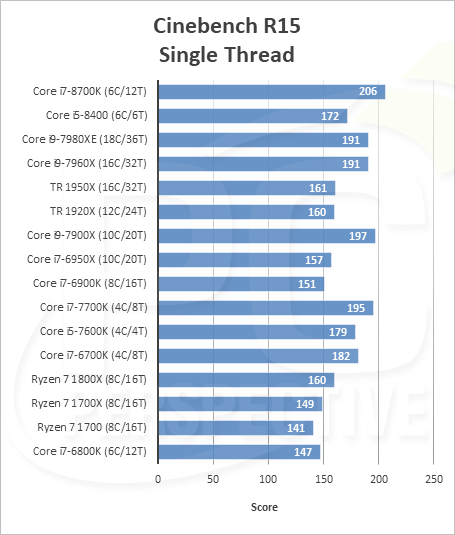 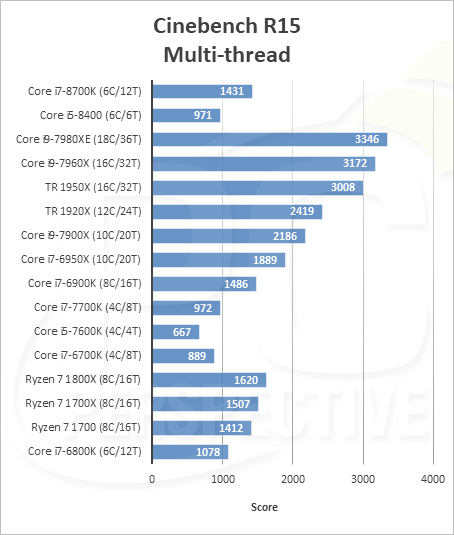 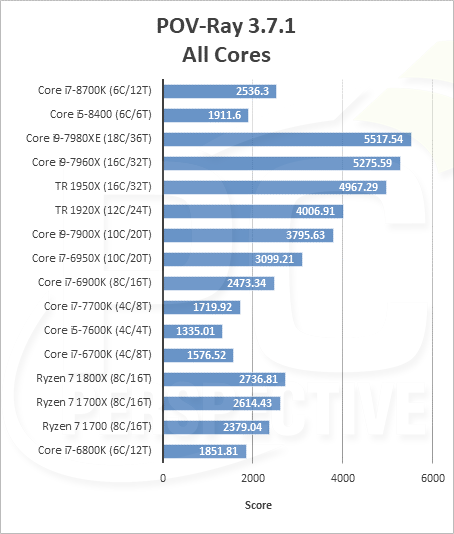 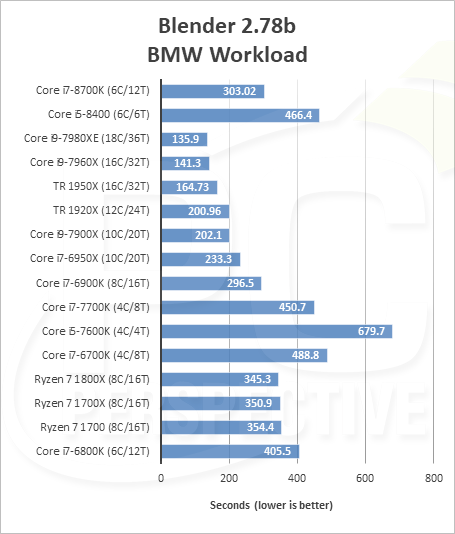 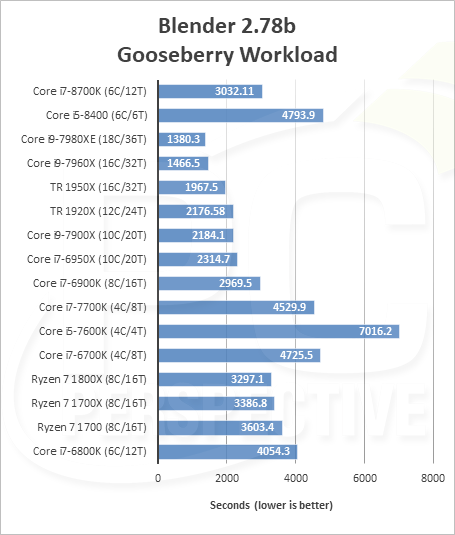 Blender is one of the multi-threaded workloads that shows an advantage to the Intel architecture over the AMD Ryzen systems. Here, the 6-core 8700K is able to outperform all of the Ryzen 7 processors in both of our tested workloads. Also in both workloads, the 7700K has a small edge over the Core i5-8400, but falls behind the 8700K by 48-49%!