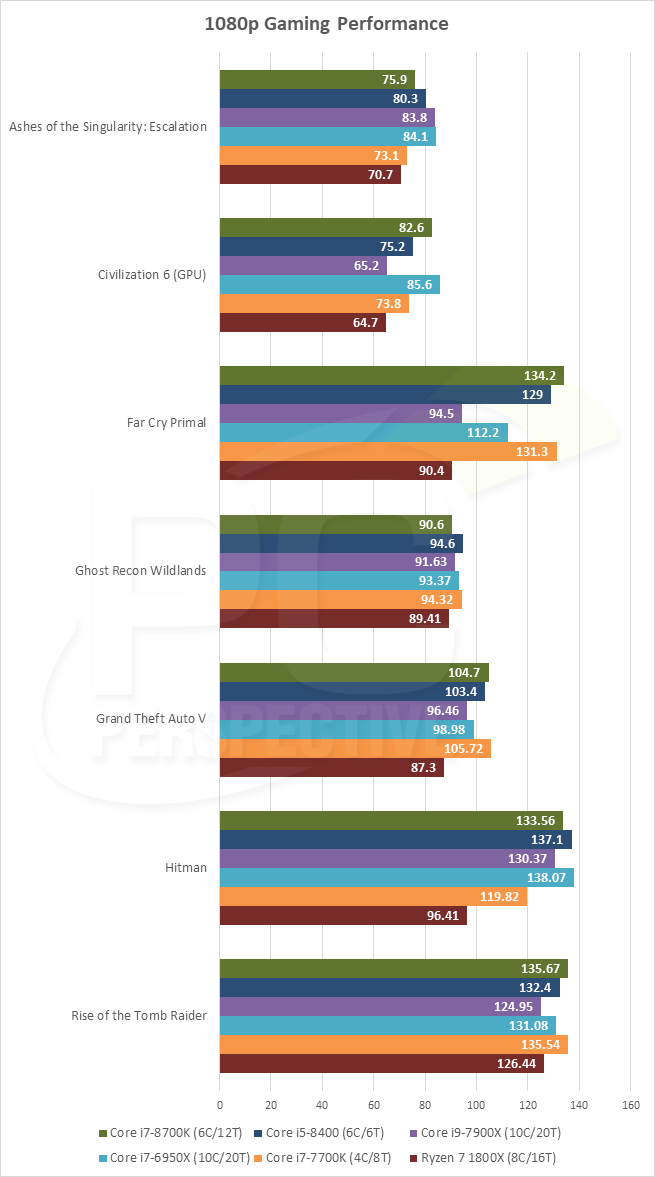 The graph is a bit messy, but in general, the Core i7-8700K becomes the new best gaming processor available for consumers. Its combination of increased core and thread count over Kaby Lake, as well as the clock speed increases of 200 MHz or so, give it the advantage over competing solutions. There are a couple of exceptions in our results. Ashes of the Singularity is faster on the 10-core processors. Scores are close enough in Ghost Recon Wildlands that the Core i5-8400 just eeks ahead of the 8700K (this could be due to a thread migration issue on the 8700K that was assigned to a HyperThreaded logical core by the OS ahead of when it should have). In a couple of instances, including Hitman, GTA: V, and Far Cry Primal, the 1080p gaming scores of the Ryzen 7 1800X are far enough behind to still be a problem.

Intel was adamant that they push the Core i7-8700K as the new “best” gaming processor you can purchase, and I see no reason to believe otherwise after looking at our testing and experiences. 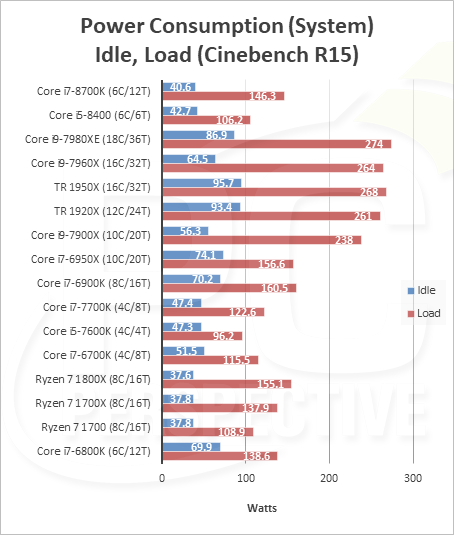 The added performance of the Core i7-8700K comes at a cost of about 24 watts over the Core i7-7700K. Interestingly, both are labeled as 91-95 watt TDP parts. Intel claims that the 7700K number was conservative, and that in a standard computing environment, it ran under the 90 watts it was engineered to. This does put the 8700K in line with the power draw of the Ryzen 7 1800X, which is also a claimed 95 watt TDP processor, so the numbers are lining up as they should.

Also worth noting is that the Core i5-8400 is only drawing 106 watts (total system) at the wall, 18 watts lower than the 7700K, but with similar performance levels in many of our multi-threaded tests.

For our quick overclocking, we were able to get the Core i7-8700K to run at 5.1 GHz, all cores enabled, fully loaded. Temperatures were pretty high, in the upper-80C range with a 240mm AIC cooler from Corsair, but everything was completely stable through our continued testing and benchmarking. We ran the CPU at 1.2v.

This results in a 700 MHz overclock over stock all-core clock speed settings! 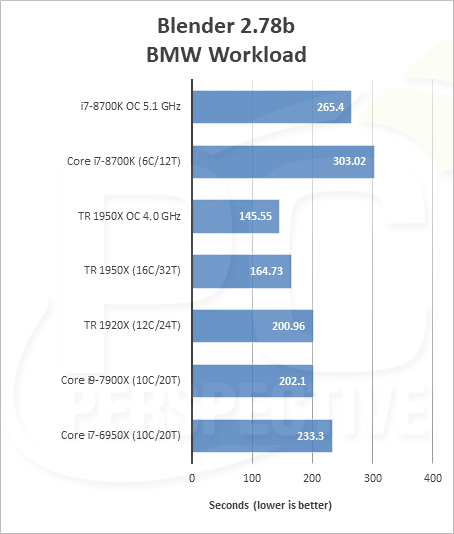 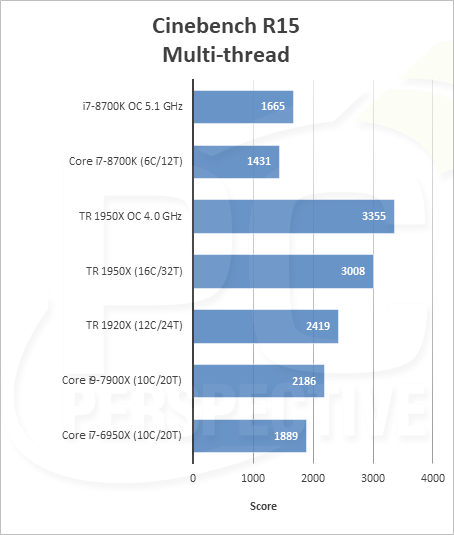 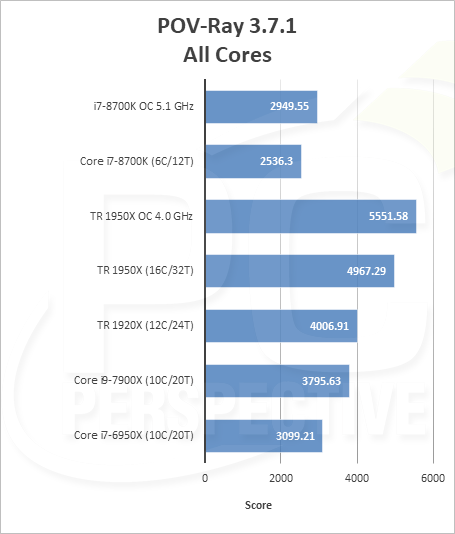 Our 8700K overclock nets us another 16% performance boost in multi-threaded applications, at the expense of 82 watts of additional power draw. We have a lot more to test around the overclocking of the Coffee Lake parts and the new Z370 chipset motherboard, so stay tuned for that!