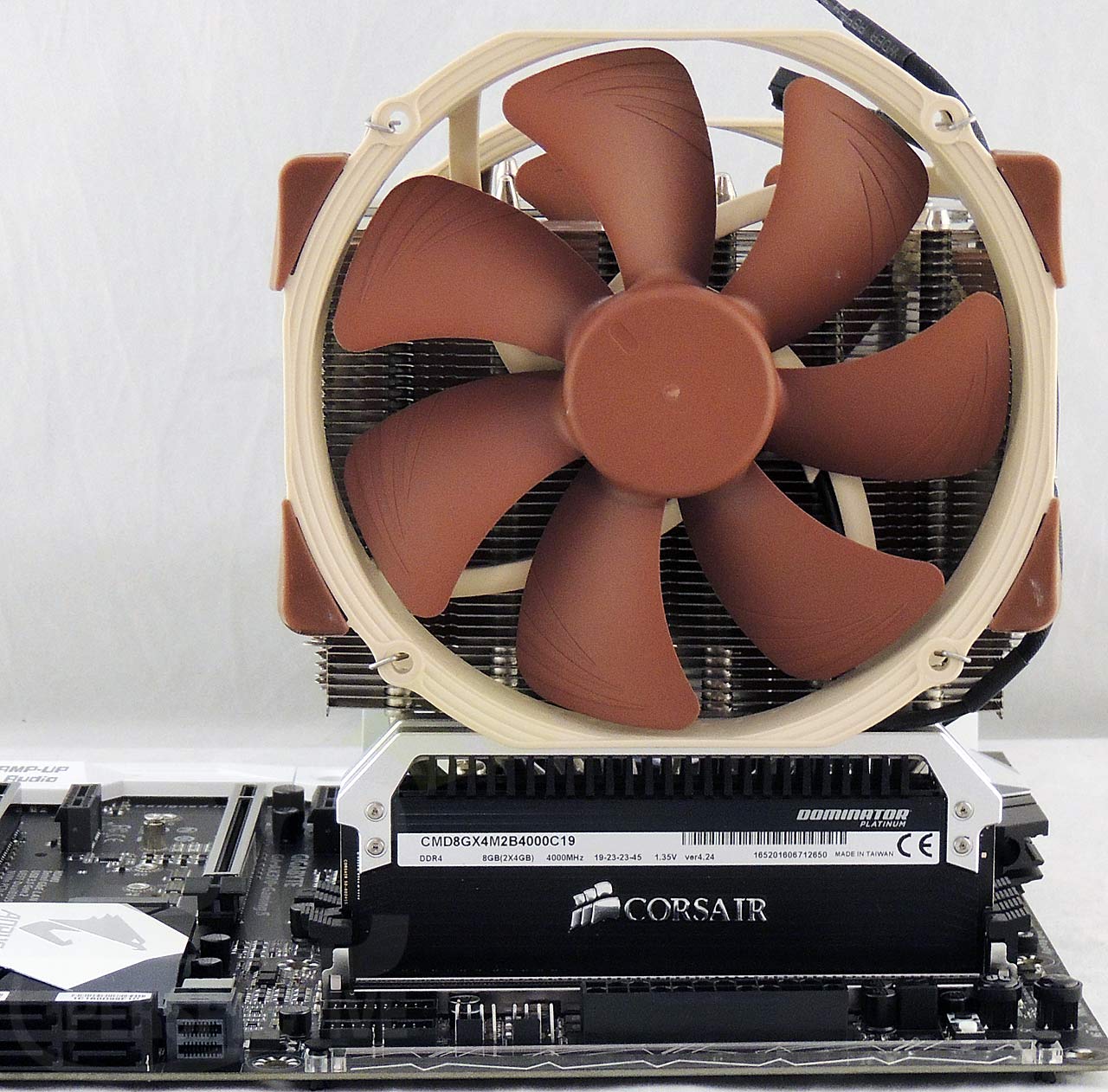 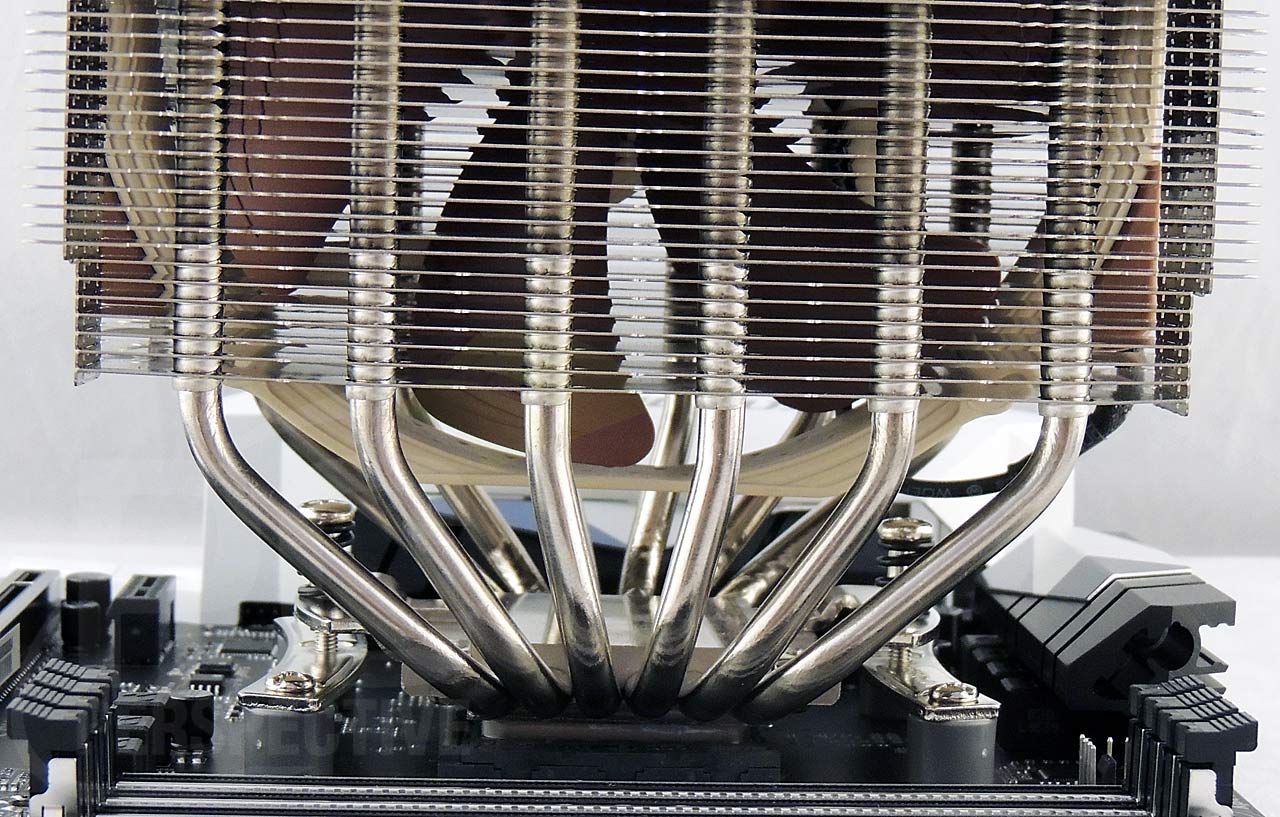 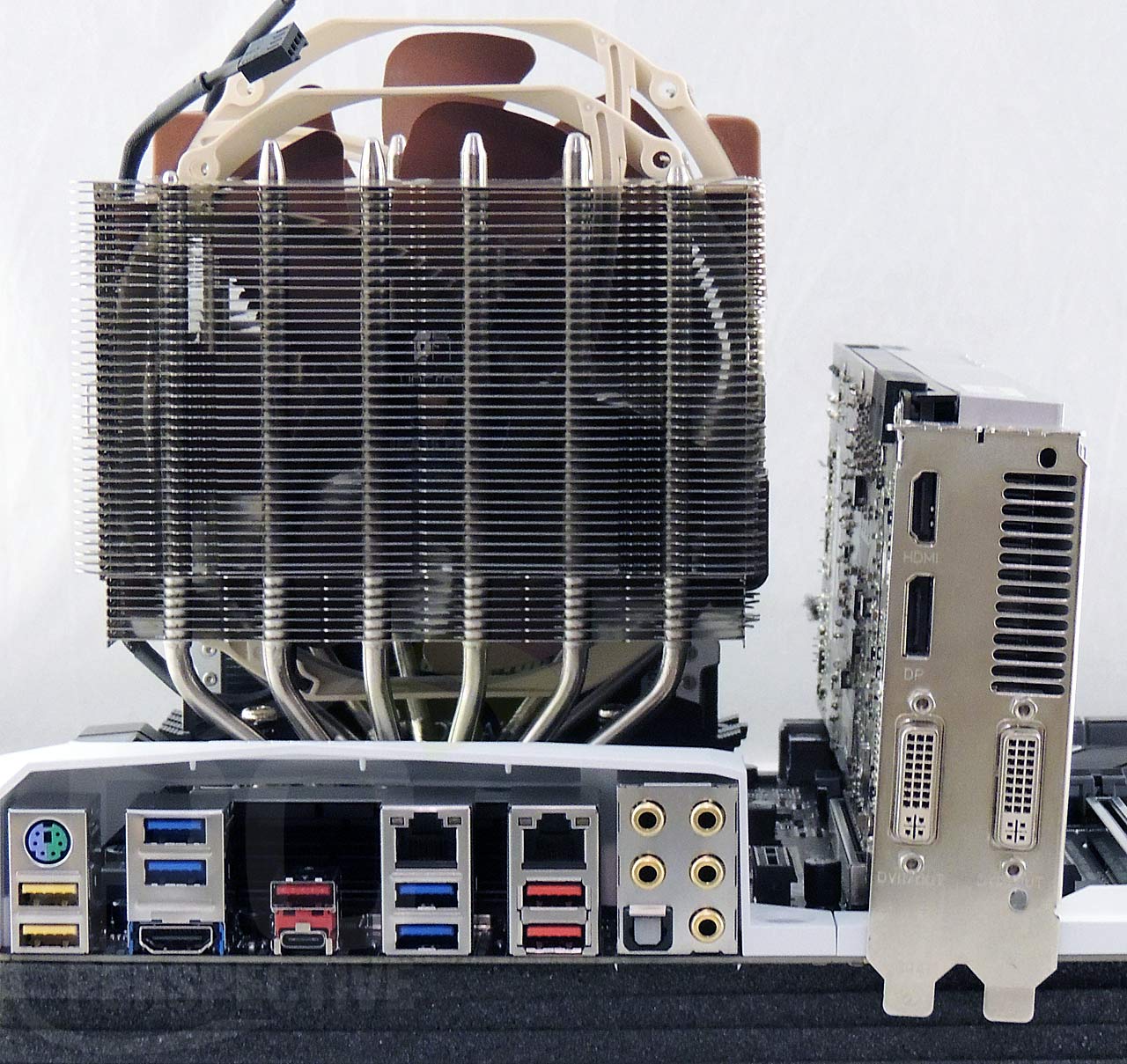 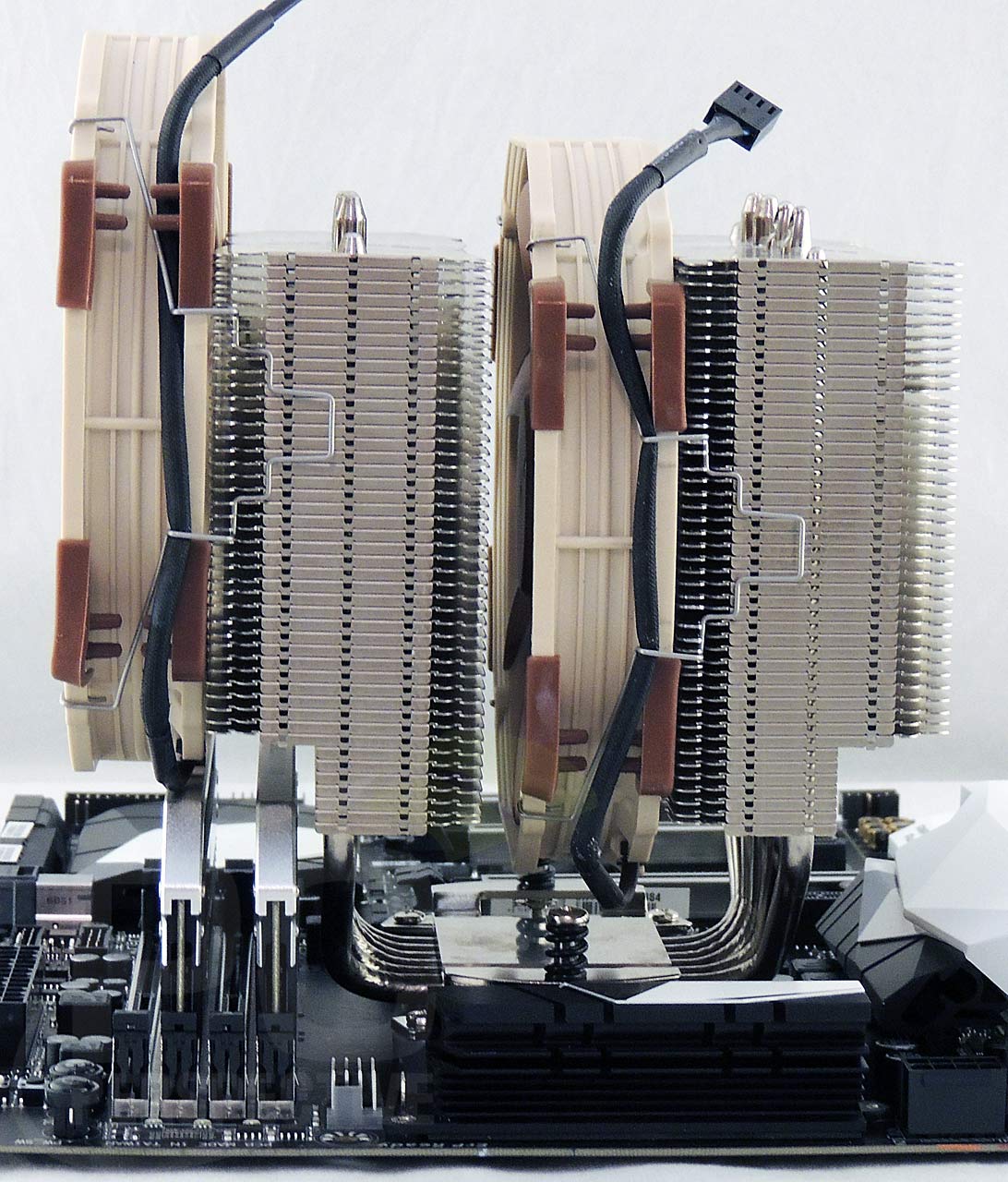 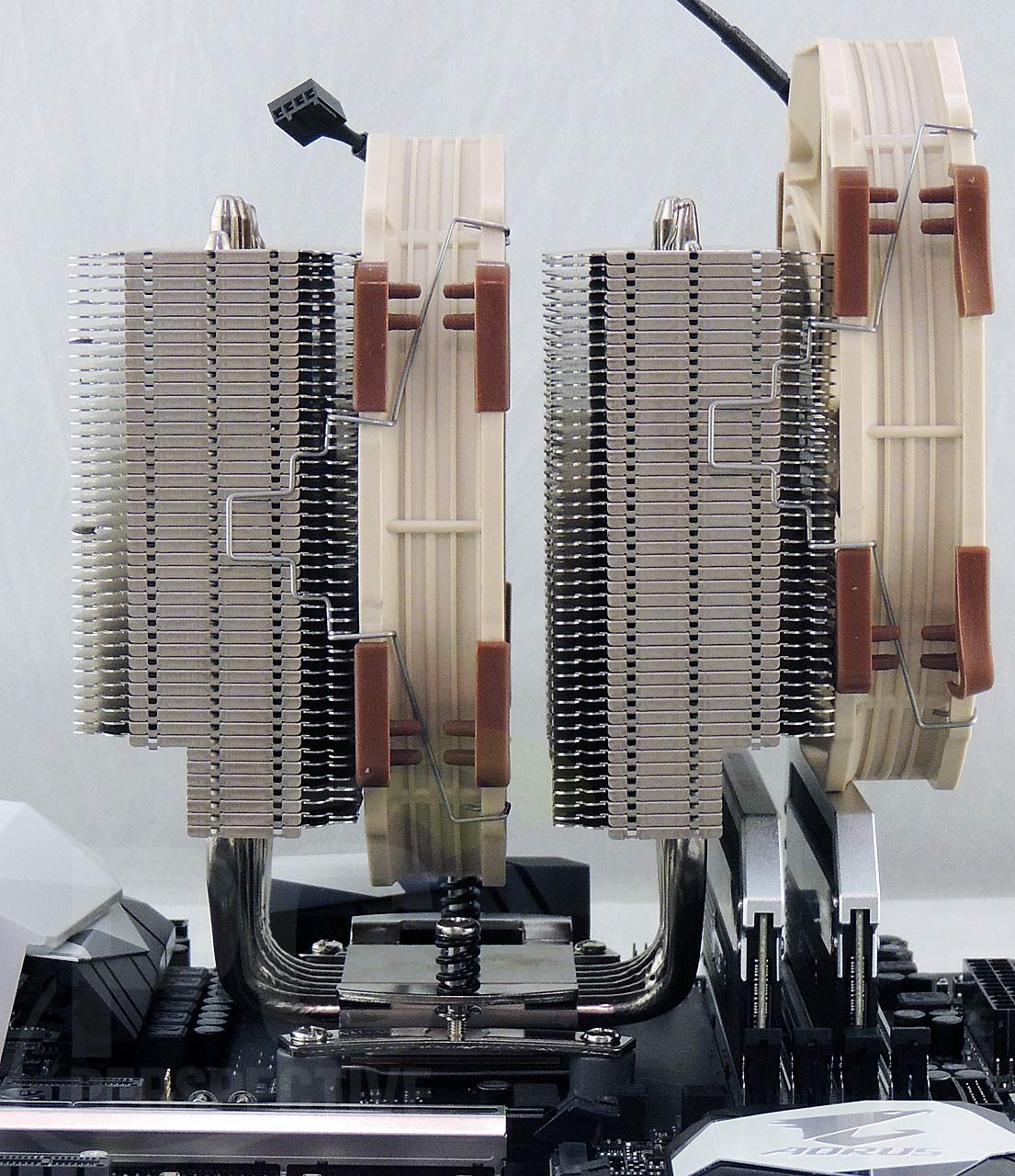 When oriented in its default configuration with air blown towards the rear panel of the case, the Noctua cooler fits into the CPU socket area of the AX370-Gaming 5 without issue. Further, the spacing between the CPU socket area and the primary PCIe x16 slot are sufficient to seat a video card with the cooler mounted. 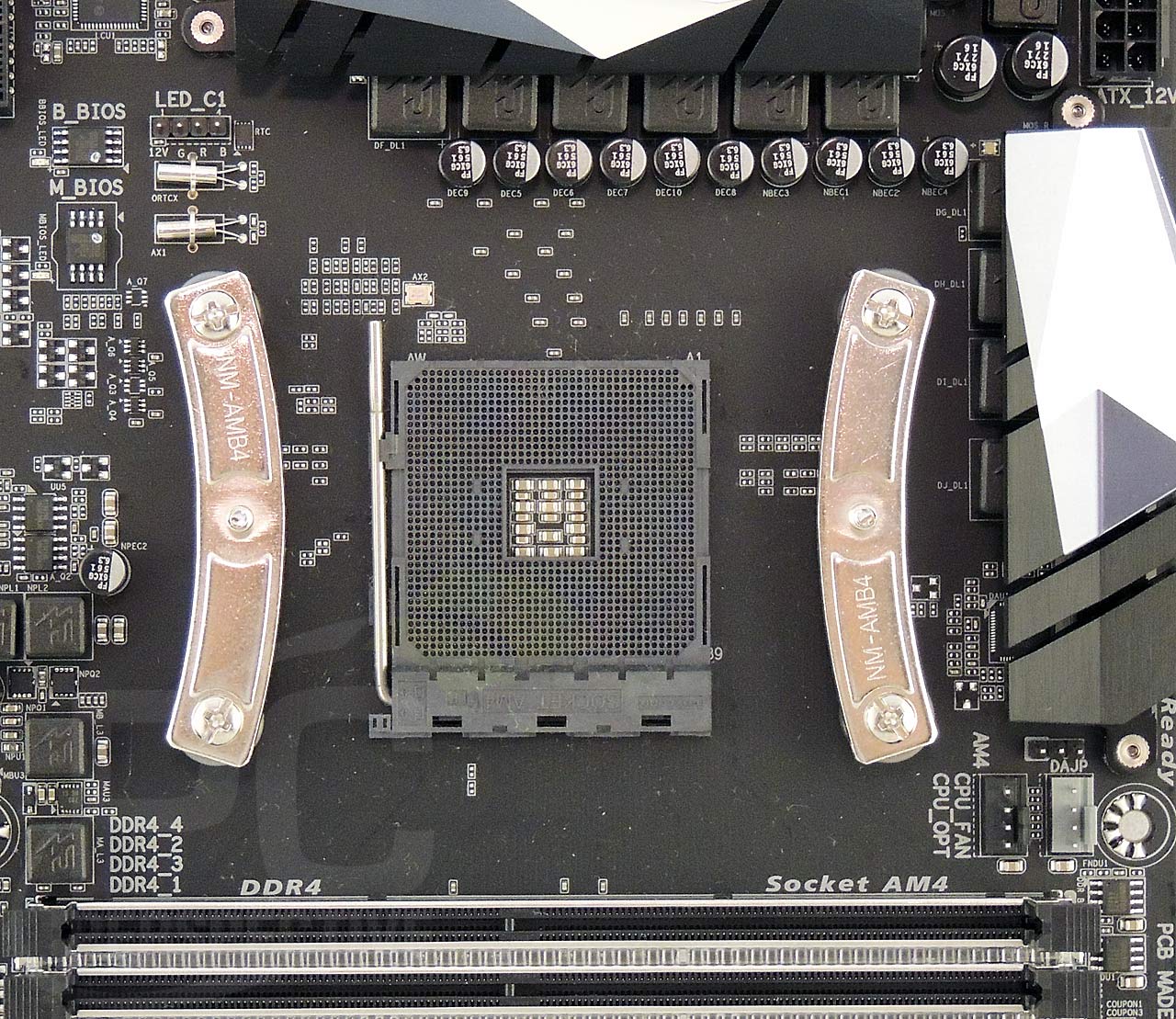 The Noctua hold down mechanism is large enough to qualify the socket space for use with the majority of mount methods included with a CPU cooler. The Noctua mount fits well to the CPU socket with no tight areas or contact points evident between it and the on board capacitors, chokes, or VRM heat sinks.

The AX370-Gaming 5 motherboard comes with all the necessary components to get the board up and running as well as some accessories to make building the system easier. 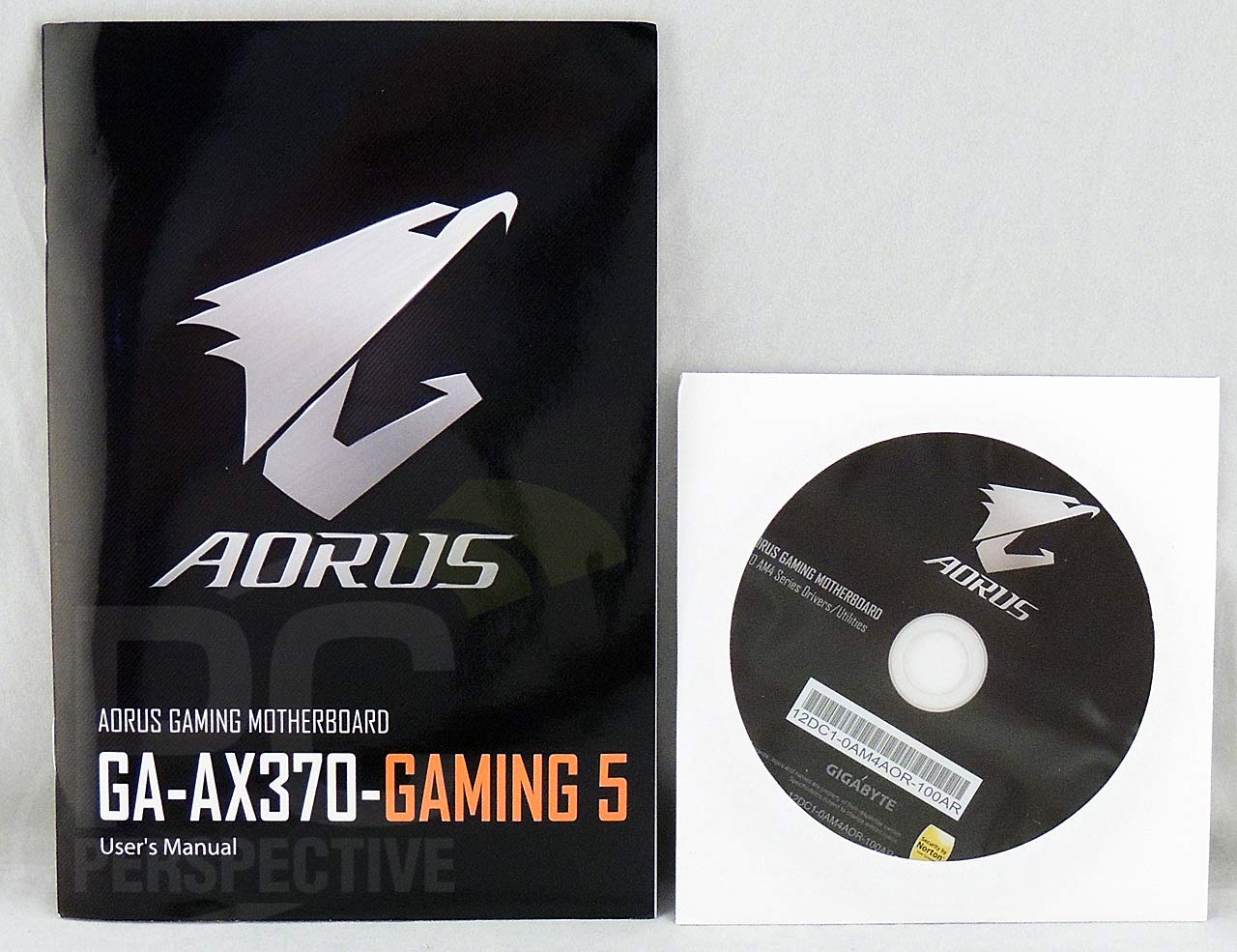 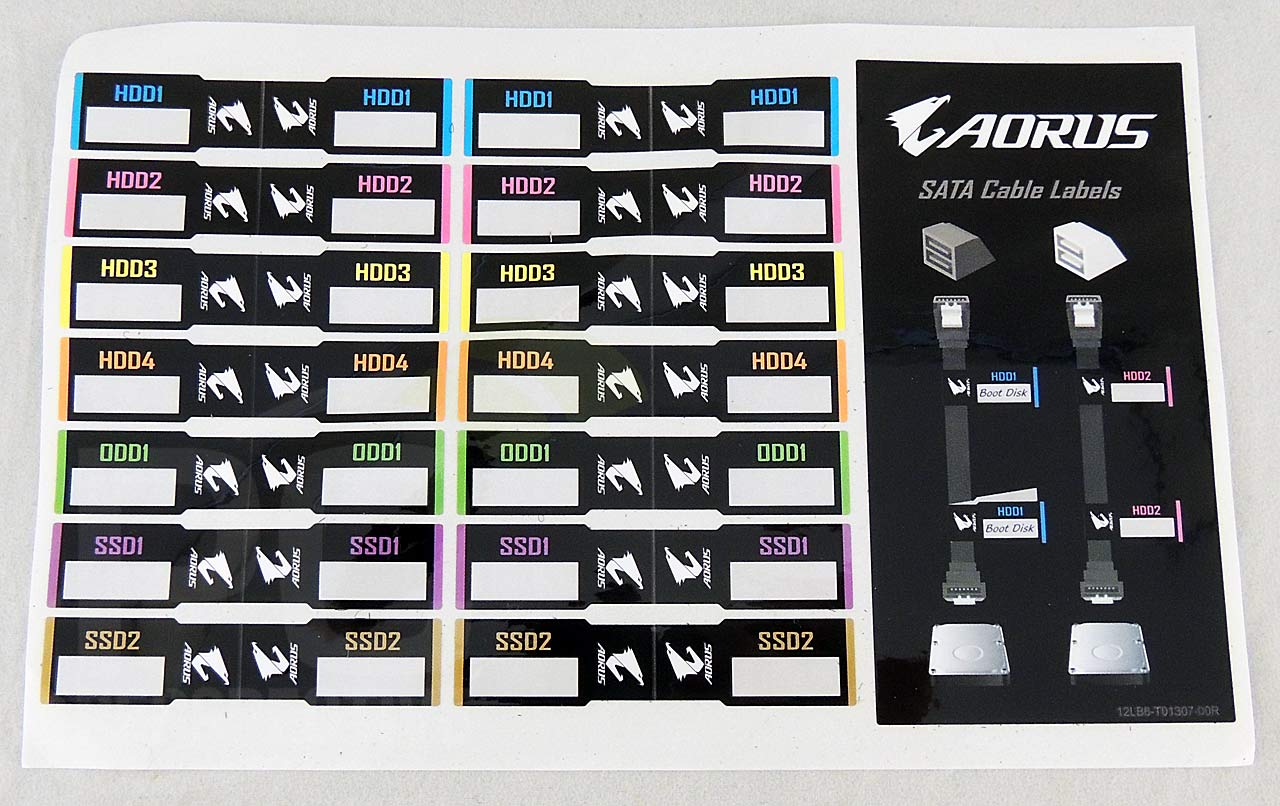 GIGABYTE did a fine job with the AX370-Gaming 5's motherboard manual, describing all integrated components and board functions in a clear and detailed language. Also included is a driver DVD with all necessary hardware drivers and Window's utilities, AORUS-branded cable labels, and AORUS-branded cable Velcro cable wraps. The cable labels can be used to label SATA cables, hard drives and SSDs.

The board's rear panel shield is an aluminum plate with a black plastic overlay. The port identifying text and icons are printed in white text on its surface. The contrast in color between the text / icons and plate background make for easy reading under most lighting conditions. 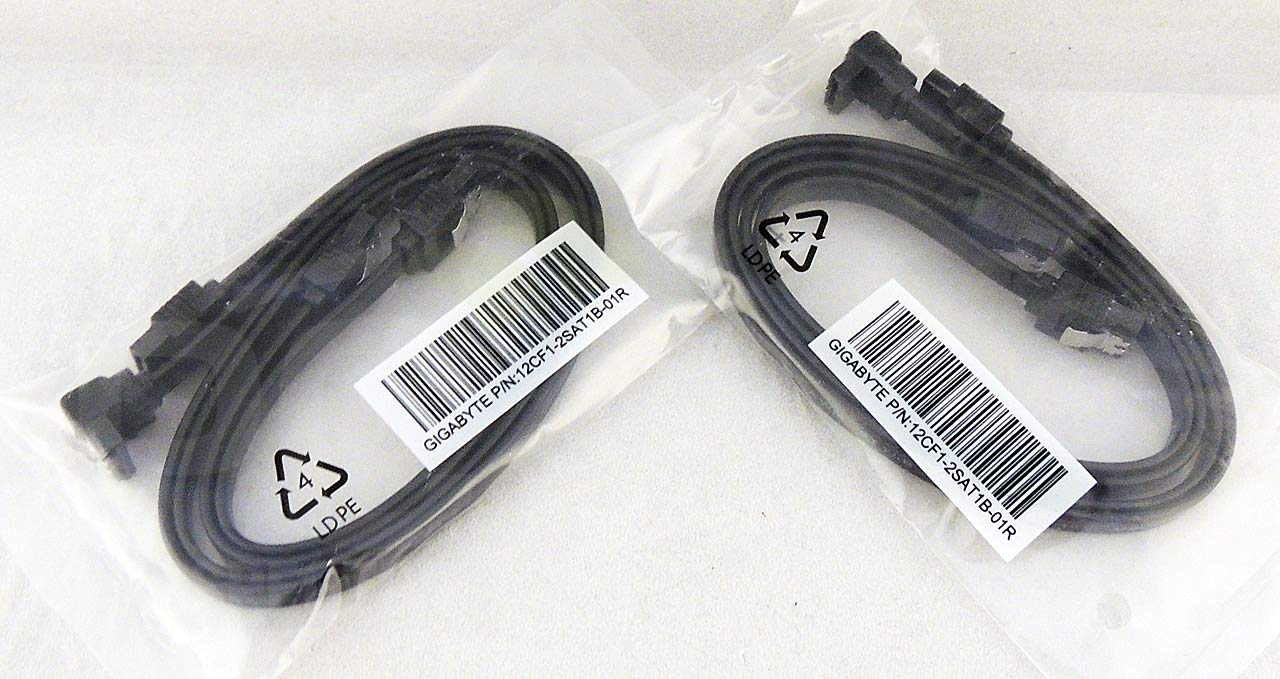 GIGABYTE included four black 6Gb/s rated SATA cables for use with the integrated port. The cables have integrated port locks and a mix of straight and 90 degree connectors. 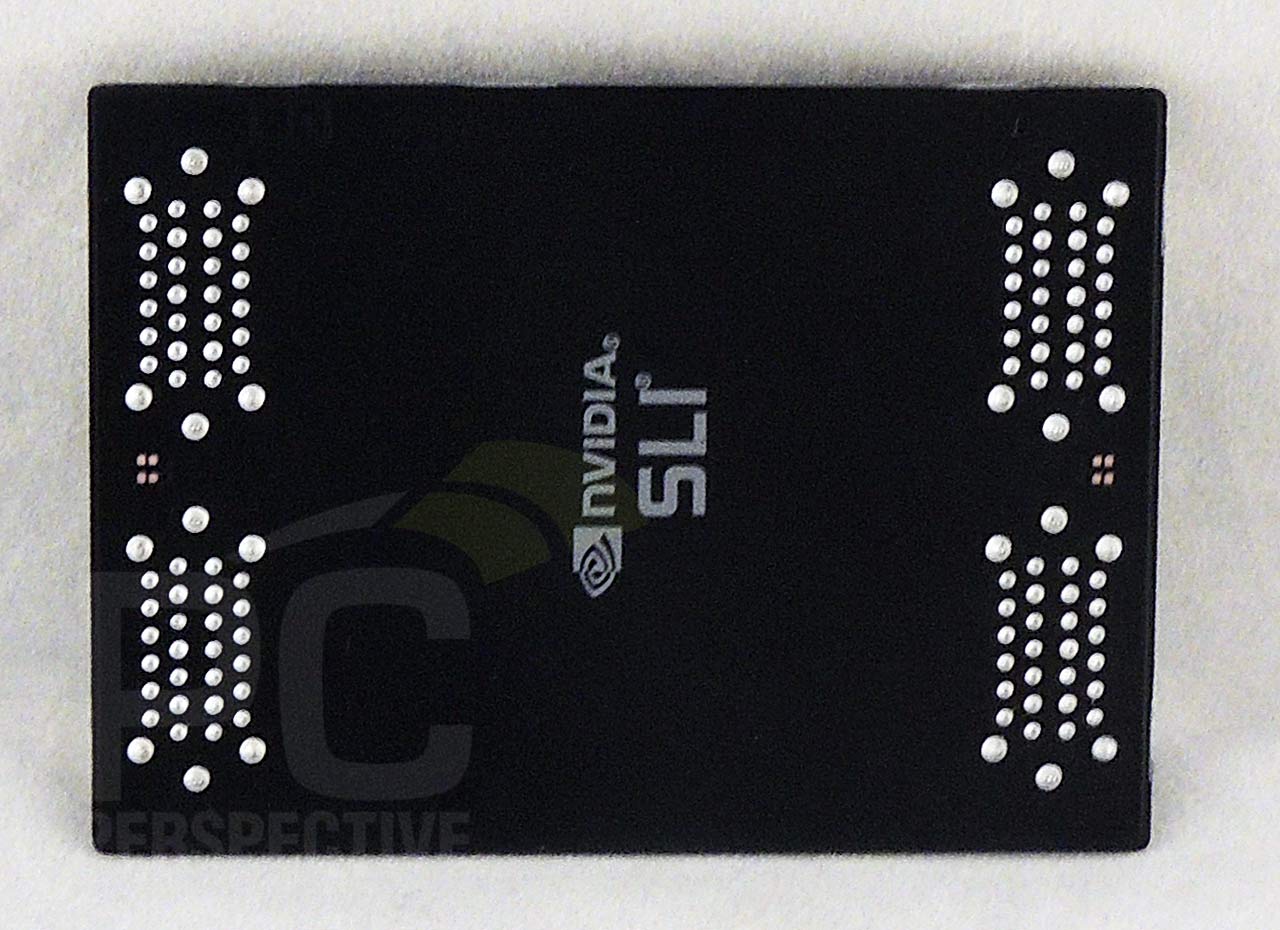 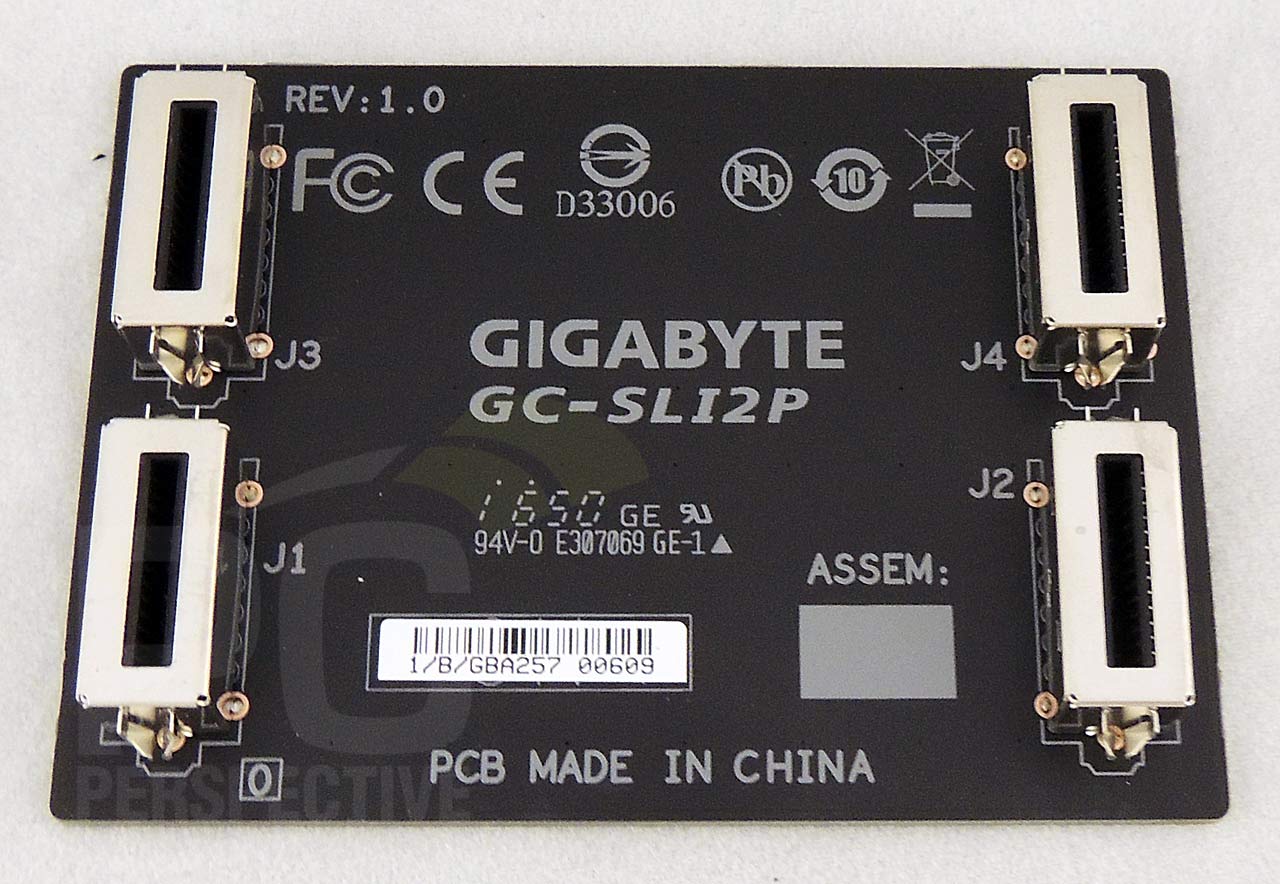 For multi-GPU use, GIGABYTe included a two-way NVIDIA HB Bridge adapter. made to fit between cards in the primary and secondary PCIe x16 slots. The connector ports are metal-reinforced for added strength. 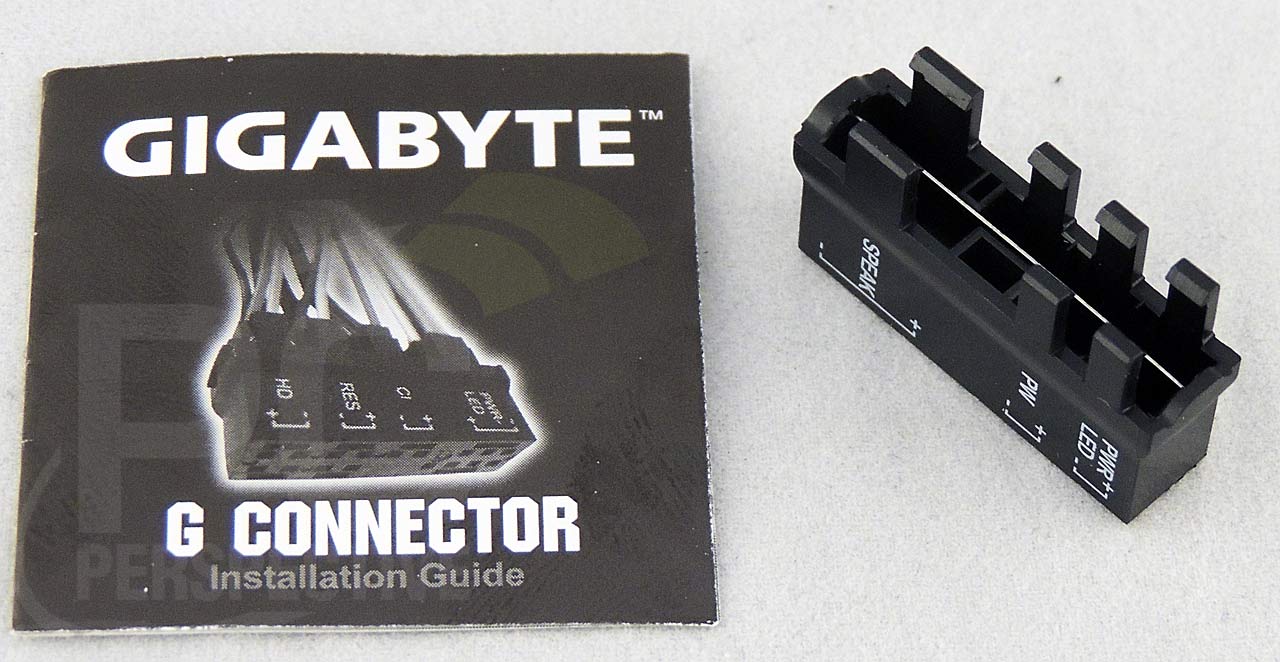 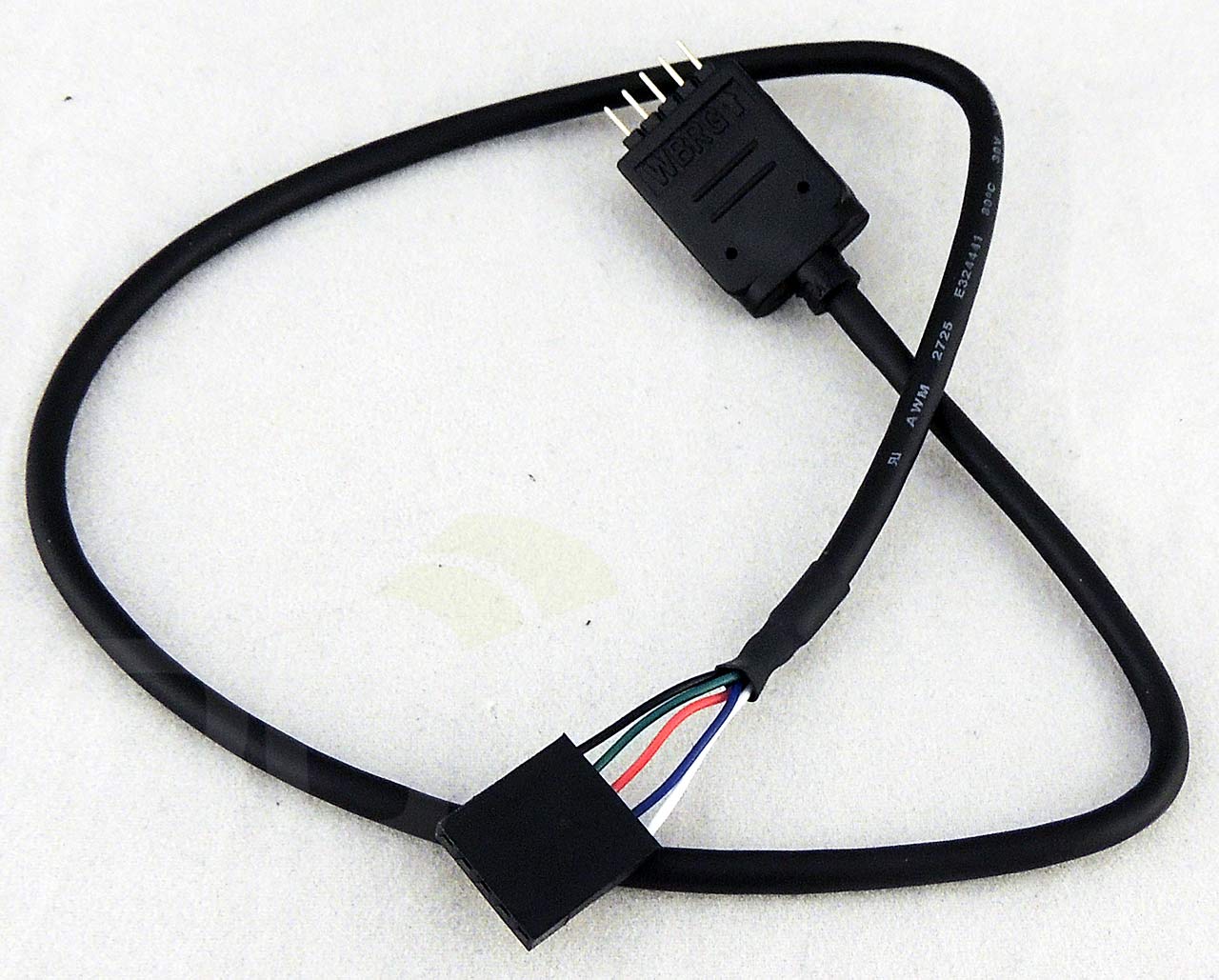 For use with the integrated 12V RGBW LED header, GIGABYTE included a five wire RGBW cable for syncing your case RGB or RGBW cable with the motherboard lighting configuration. Attached LED cable can be controlled via the UEFI or the included RGS Fusion applet.

GIGABYTE included two temperature diodes for temperature monitoring via the integrated board headers. 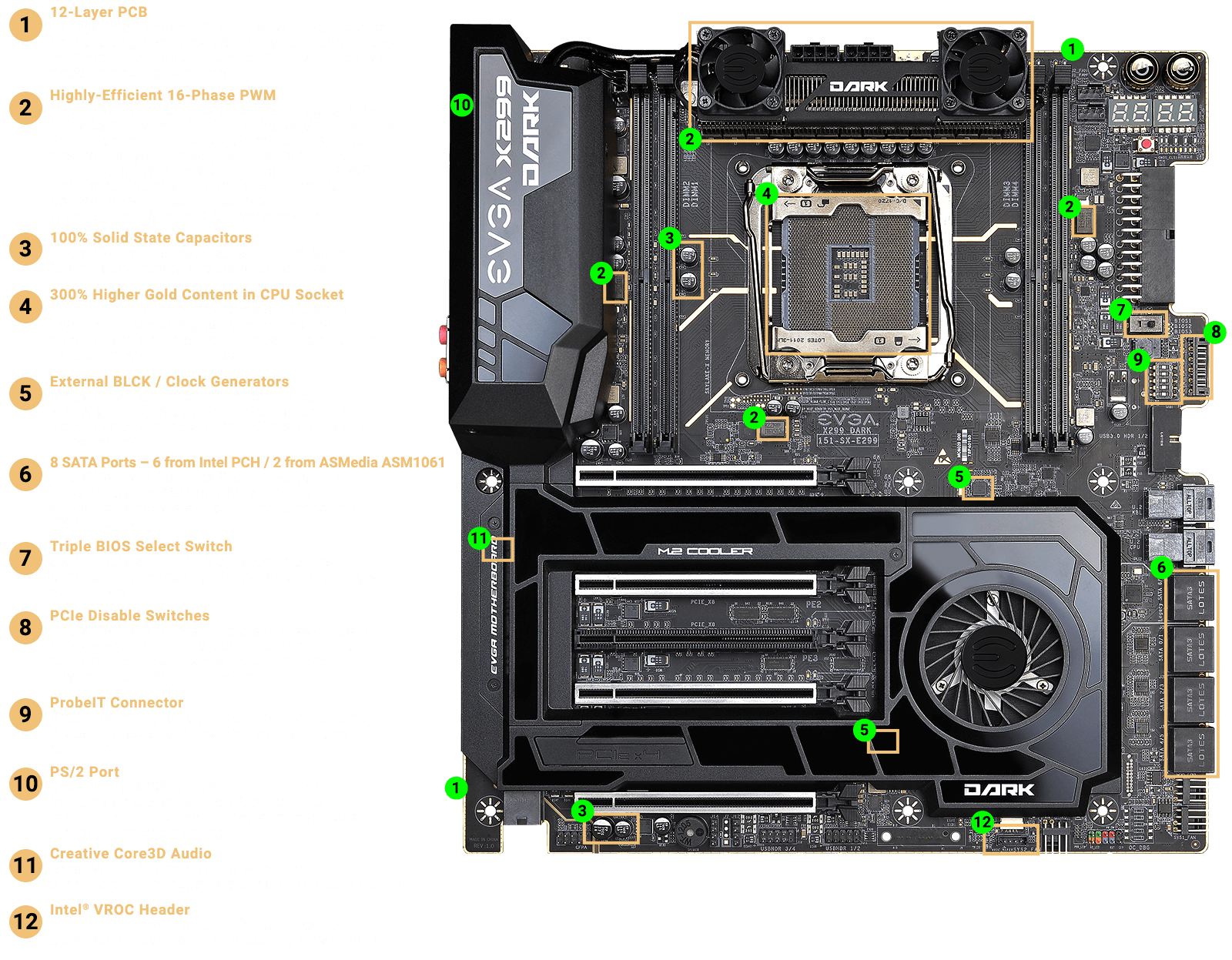