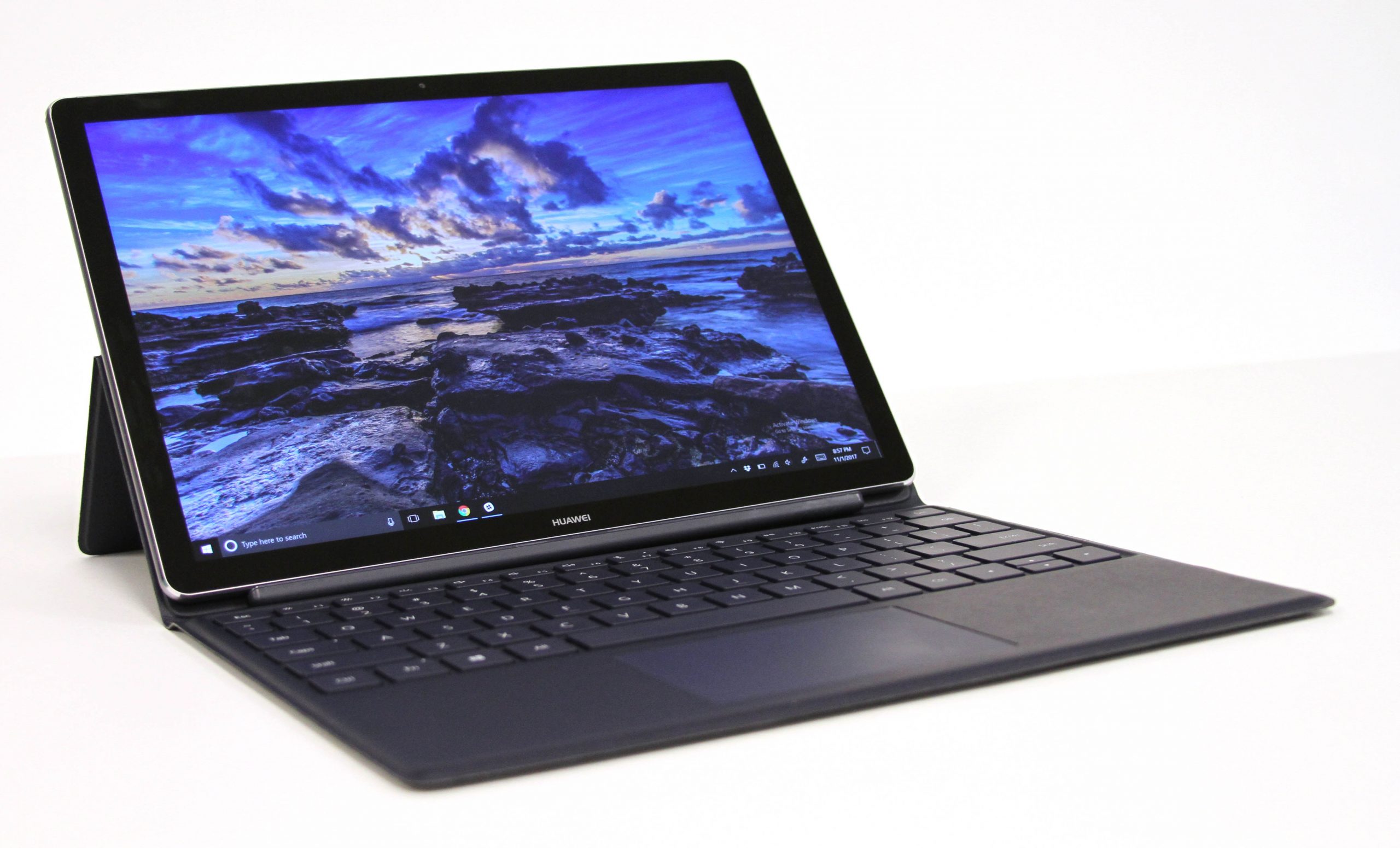 Have Huawei’s attempts at entering the PC market gotten them anywhere?

Despite their large global presence in smartphones, Huawei isn't a brand widely known to US consumers. While this has improved year by year with the introduction of unlocked phones from and their Mate brand, I don't think that most Americans realize how big of a consumer electronics company Huawei is.

One of the more recent categories that Huawei has entered is the Windows notebook and tablet market. Starting with the announcement of the original MateBook at Mobile World Congress in 2016 (see our subsequent review here), the MateBook line was expanded this year to include two traditional notebook form factors—the thin-and-light MateBook X, and the more mainstream MateBook D.

With the introduction of these new products, the 2-in-1 tablet formerly known as just the MateBook has been slightly revised and renamed to the MateBook E, the product that we are looking at today.

The MateBook E tablet itself seems to be largely unchanged from last year's model except for the upgrade to a Kaby Lake-based CPU. The form factors are identical, except for a slightly different set of contacts along the bottom to connect to the new keyboard dock. 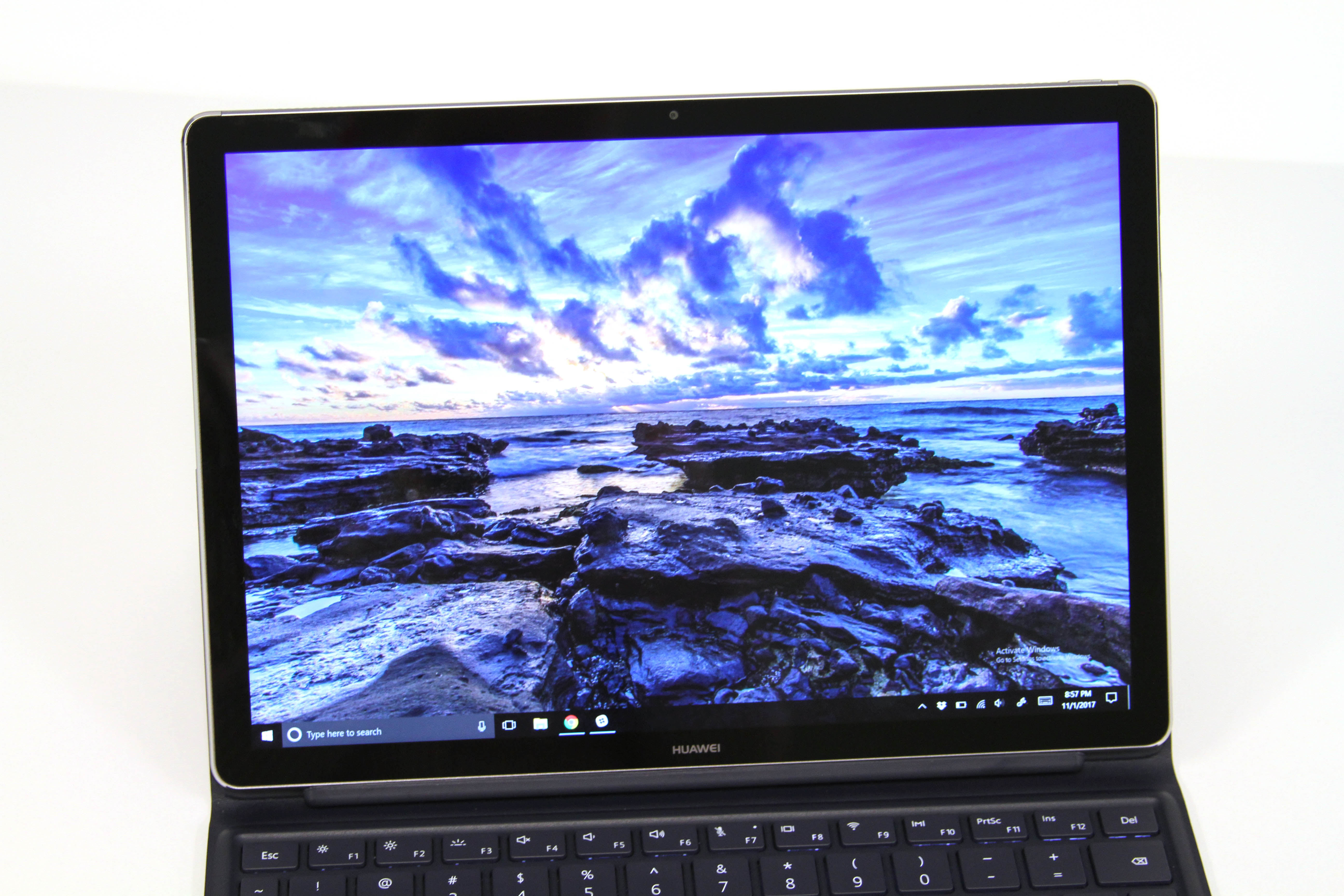 The 3:2 aspect ratio display makes the most out of the 12" form factor of the MateBook E. The 2160×1440 resolution is a great balance between extremely high resolution displays while still being usable without having to turn the display scaling feature of Windows 10 to 200%, like I have to do with some 4K mobile screens. 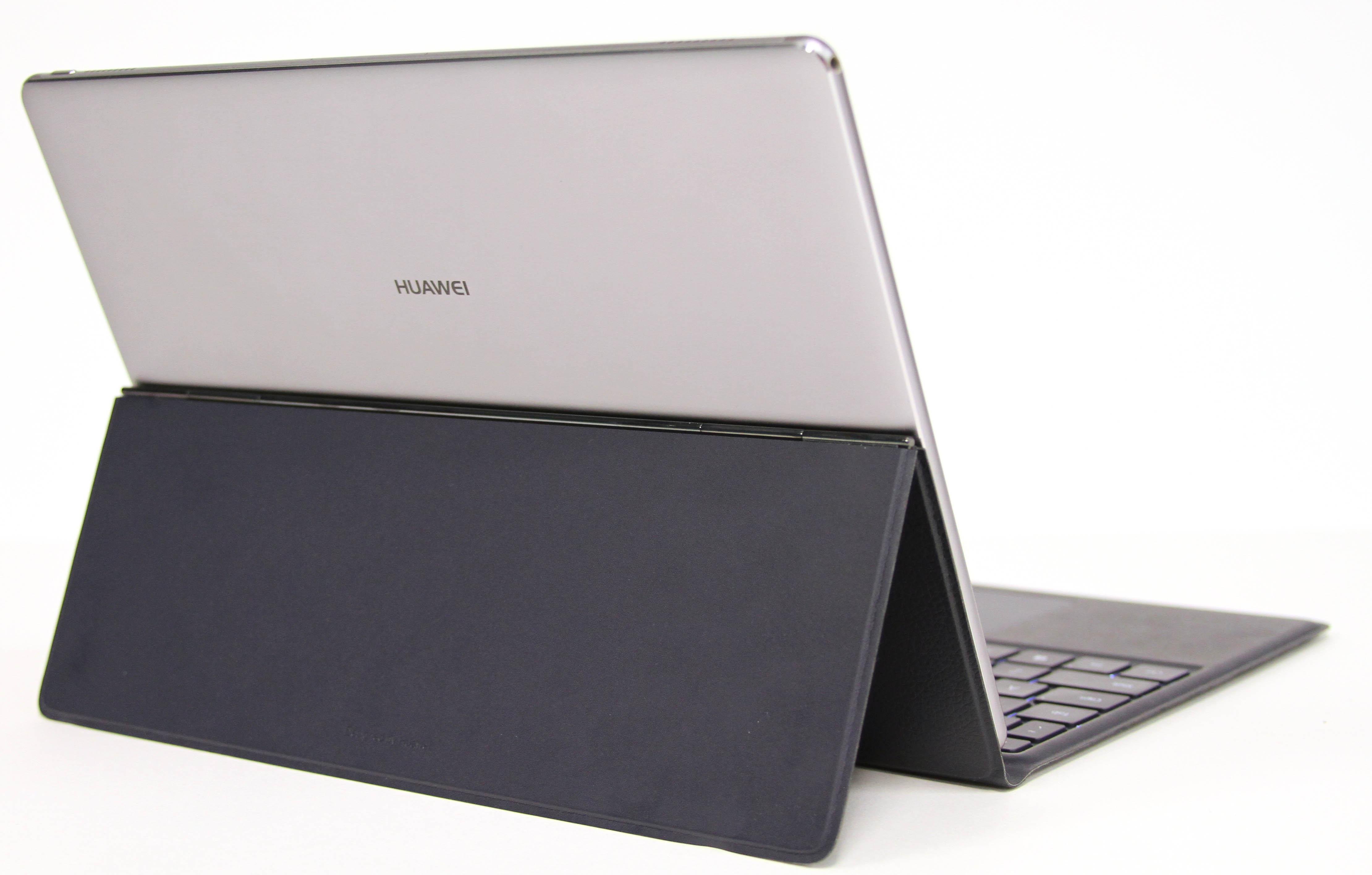 The new keyboard dock on the MateBook E brings welcome improvements from the previous design. Instead of a folding origami design like the iPad Pro, Huawei has moved to a design similar to the Surface Pro with the exception of the hinge being integrated into the keyboard instead of into the tablet. 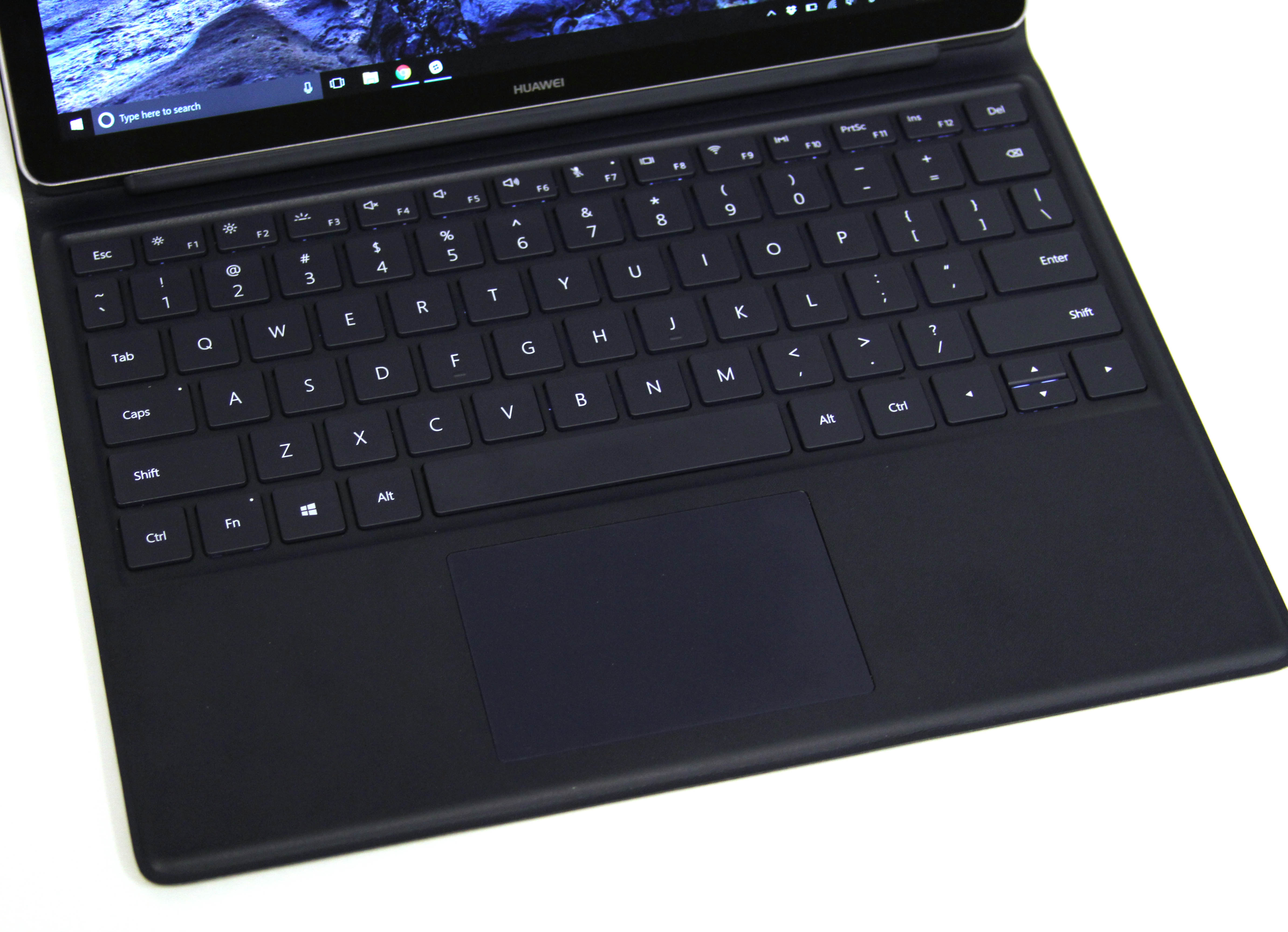 The keyboard itself is one of the better options I've used as far as tablet keyboards go. While the keys feel mushy compared to a traditional notebook keyboard, it didn't seem to affect the accuracy of my typing. 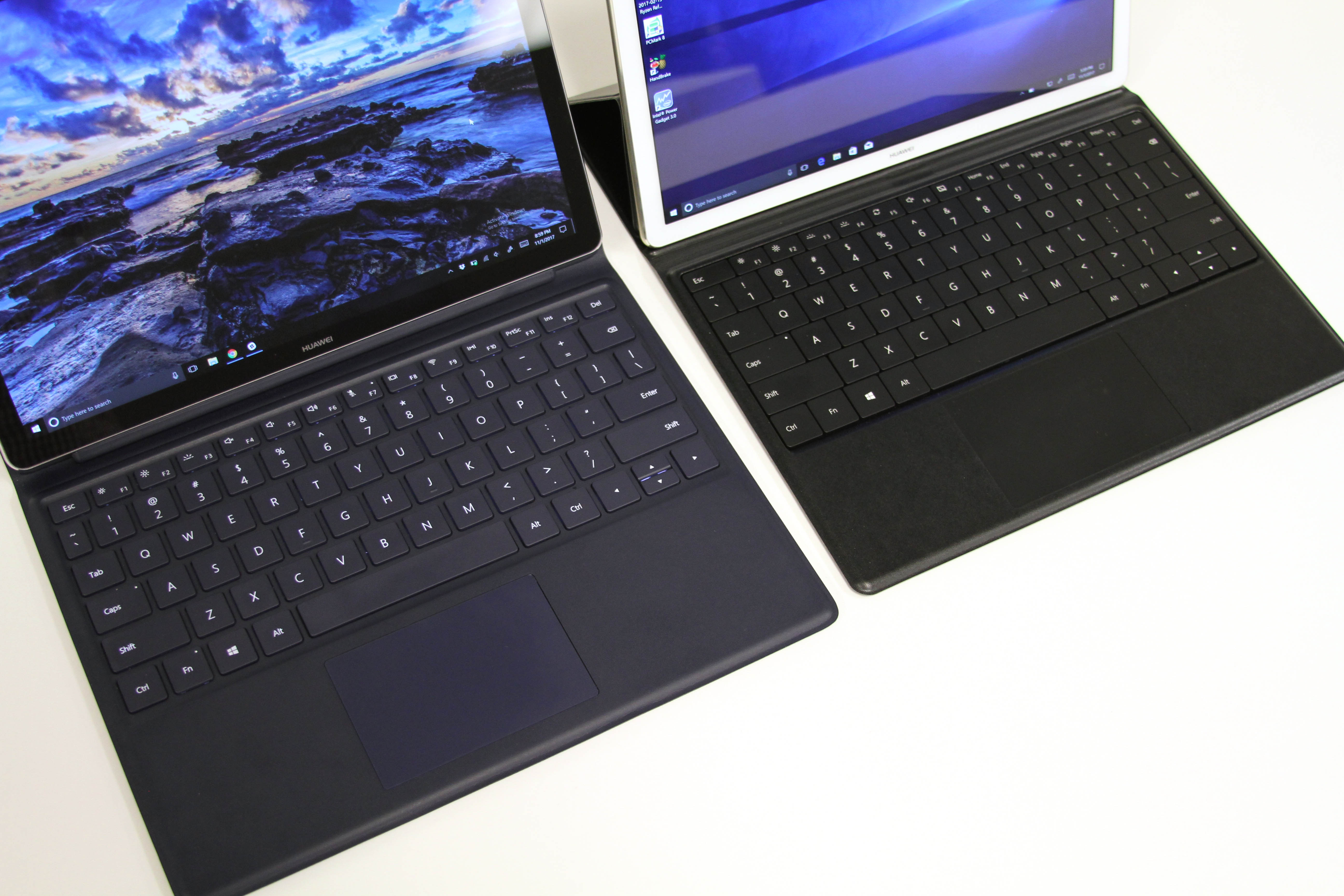 Additionally, the increased spacing between keys from last year's model means that the keys caps themselves are smaller than a "full-size" notebook keyboard. 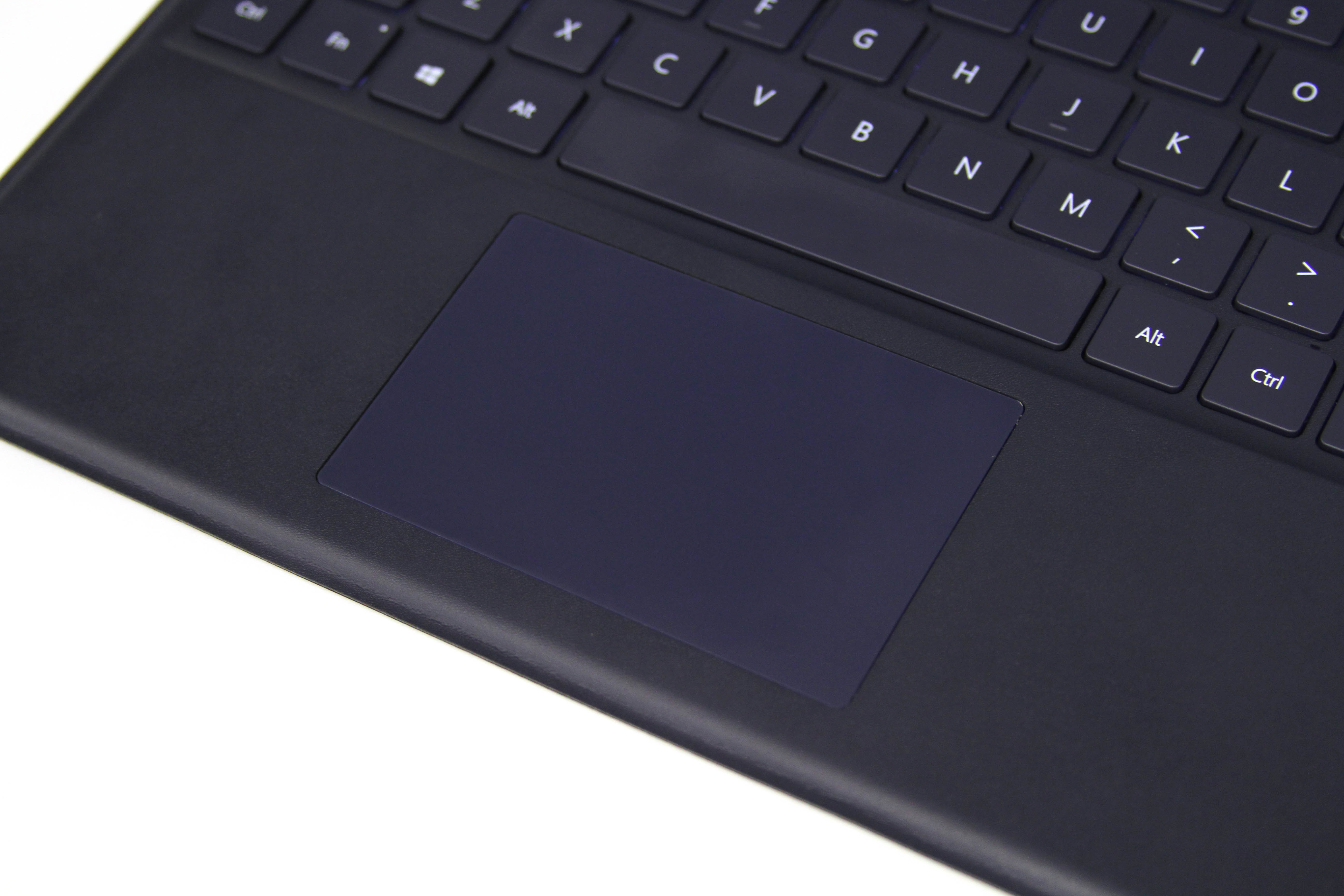 In a similar vein, the trackpad on the keyboard dock is better than I expected. Palm rejection is quite good, although it is less of a problem considering the relatively small size. I would have liked to see Huawei adopt a glass covered trackpad like the Surface Pro instead of the coated plastic that they currently use, which feels like it might deteriorate from finger oil and continued use.

My time with the MateBook E's keyboard dock hasn't been all pleasant, however. I had numerous connectivity issues when waking the tablet up from sleep mode, where both the keyboard and trackpad are unresponsive. They start to work again once I detach the tablet and reconnect it, but that's a less than ideal solution. This could likely be fixed with a software update, but we have no knowledge of one coming to address this issue.

One not so positive aspect inherited from the previous generation MateBook device is the ports or rather lack thereof. You are given one USB-C port, running at 5Gbps, and a 3.5mm audio jack for combination headphone and microphone, that's it. While the USB-C device ecosystem certainly has advanced since the last MateBook, the inability to charge and USB devices without an ungainly dongle is disappointing at best. 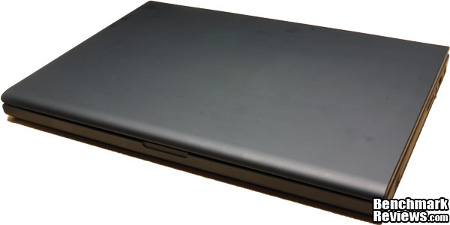 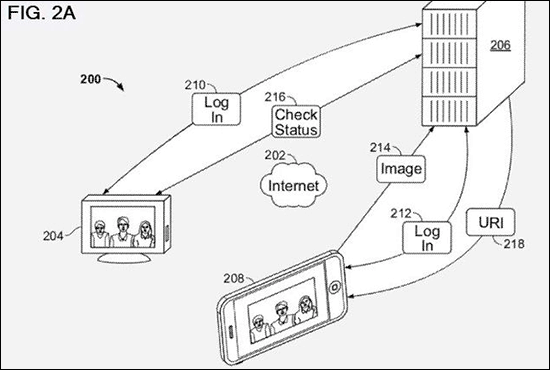