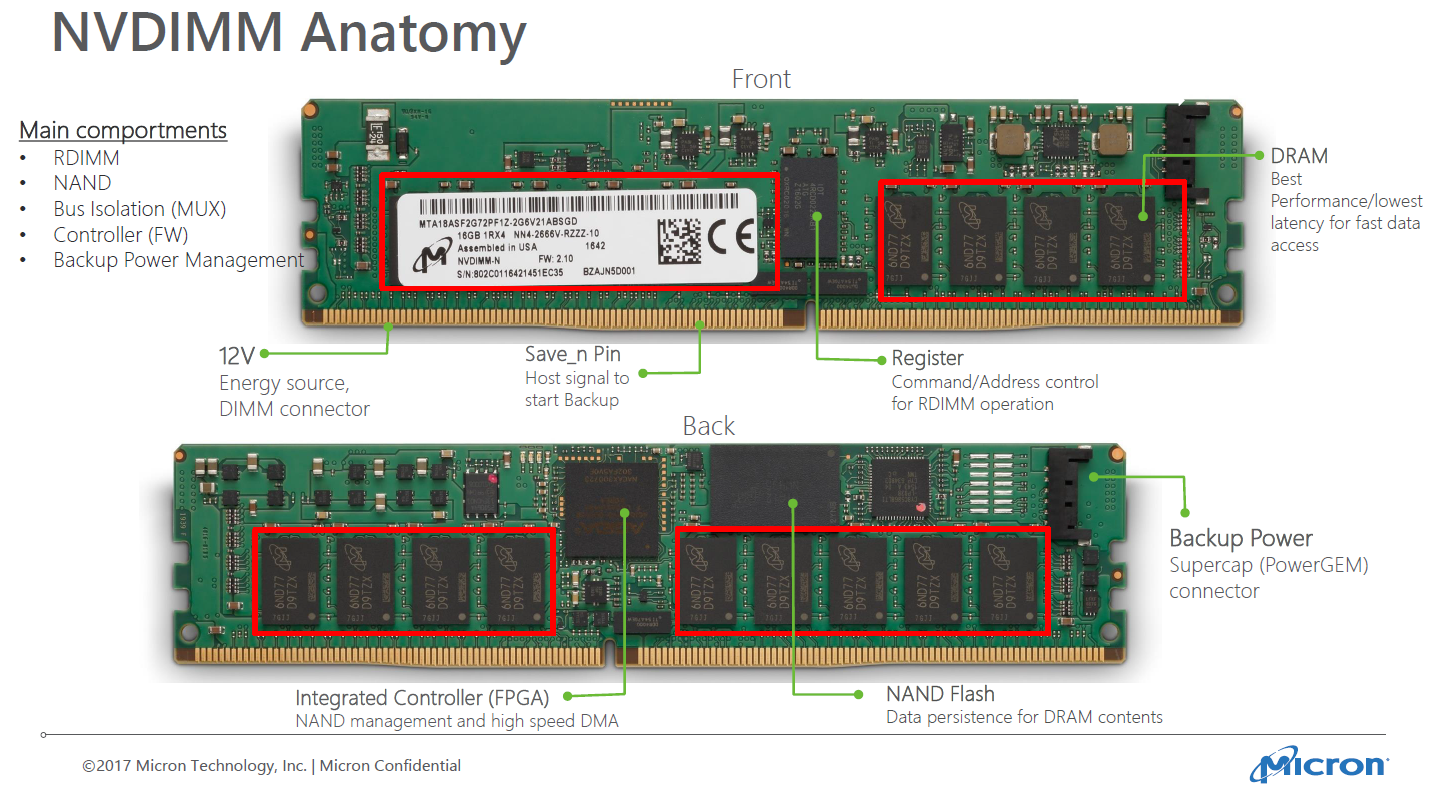 These come with 32GB of DRAM plus 64GB of SLC NAND flash. 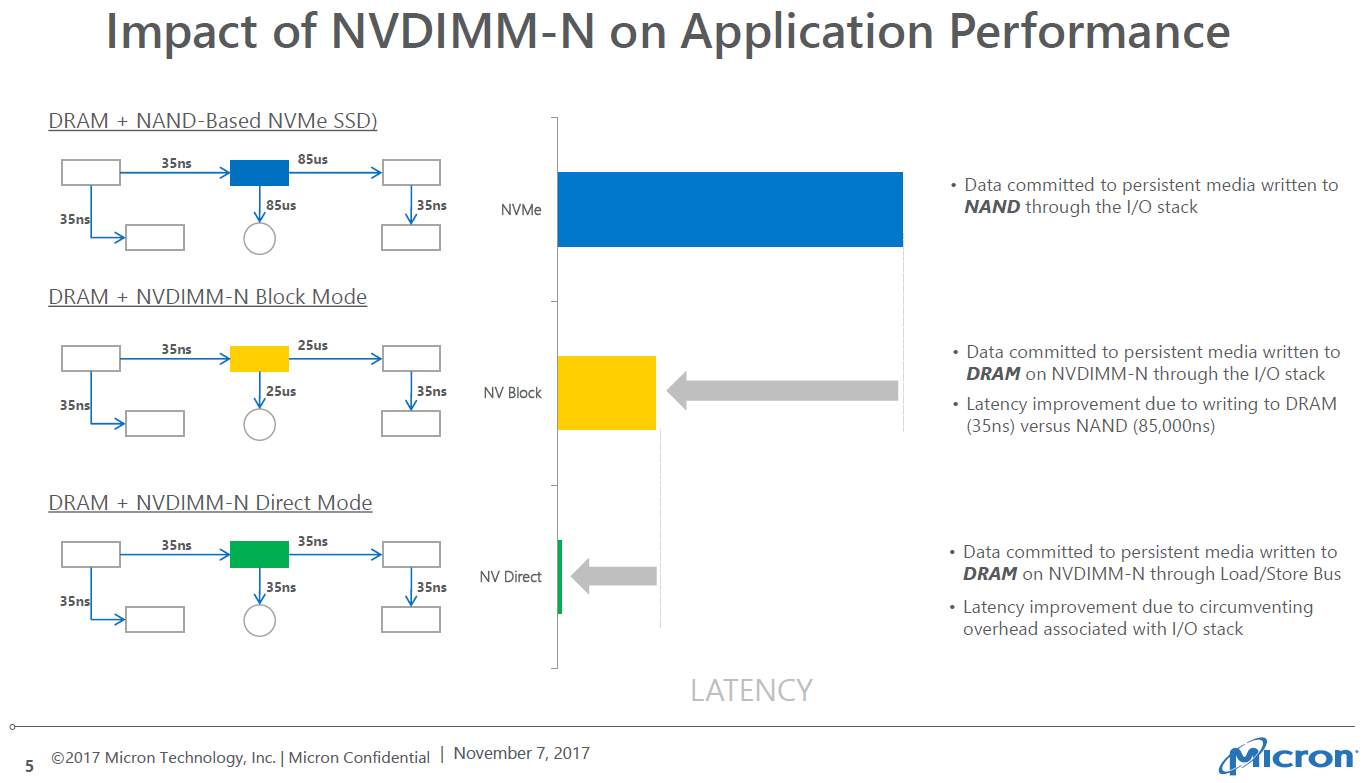 These are in the NVDIMM-N form factor and can offer some very impressive latency improvements over other non-volatile storage methods.

Next up is Intel, who recently presented at the UBS Global Technology Conference: 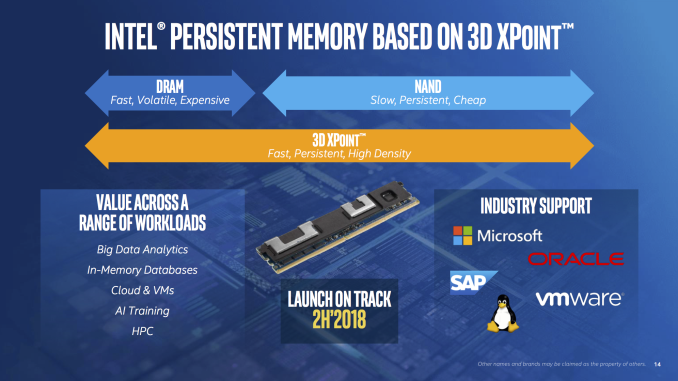 We've seen Intel's Optane in many different forms, and now it looks like we finally have a date for 3D XPoint DIMMs – 2nd half of 2018! There are lots of hurdles to overcome as the JEDEC spec is not yet finalized (and might not be by the time this launches). Motherboard and BIOS support also needs to be more widely adopted for this to take off as well.

Don't expect this to be in your desktop machine anytime soon, but one can hope!

Press blast for the Micron 32GB NVDIMM-N appears after the break.

As data center storage volumes grow, database queries increasingly need key datasets to be retained in-memory to improve access speeds due to the rising business requirement for higher availability. Many businesses are seeing increased value in placing fast memory near the processor to reduce the need to transfer data from far storage.

Persistent memory delivers a unique balance of latency, bandwidth, capacity and cost by delivering ultra-fast DRAM speeds for critical data. What sets it apart from standard server DRAM is its ability to preserve information in the event of a power loss. Micron's technology provides a unique solution for near-memory data analysis and addresses rising bandwidth demands of data-rich applications in markets such as finance, medicine, retail, and oil and gas exploration.

NVDIMM has emerged as a critical persistent memory technology due to its ability to deliver the performance levels of DRAM combined with the persistent reliability of NAND. It reduces the bandwidth gap between memory and storage.

Applications which require frequent updates — such as journaling or transactional logging of metadata — now have the capability to leverage NVDIMM for these functions instead of traditional far storage. Micron's NVDIMM allows customers to raise read-centric performance by 11 percent and write-centric performance by 63 percent for block level data.

VMware and Dell are collaborating with Micron to increase the performance for virtualized applications. With virtual persistent memory, customers can now run multiple operating systems in a virtualized environment while reducing overall network traffic.

"As the global leader in cloud infrastructure and business mobility, VMware recognized early the significant reduction of database and local storage latencies that Micron NVDIMM-N can bring to our virtualized customers using Dell PowerEdge servers," said Richard A. Brunner, chief platform architect and vice president of Server Platform Technologies at VMware, Inc. "Using the 16 GB NVDIMM-N from Micron for the Dell PowerEdge 14G servers, a future version of VMware vSphere(R) intends to efficiently grow the number and size of virtualized persistent memory workloads in the data center while ensuring the benefits of live migration, check-pointing, and legacy storage optimizations for NVDIMM. VMware looks forward to the improvements that can arise when the server industry starts deploying the new 32 GB Micron NVDIMM-N to our customers."

Demonstrations of the new persistent memory solutions using Micron NVDIMMs running on a Dell PowerEdge 14G server will be showcased at SC17 at the Micron Booth (#1963). 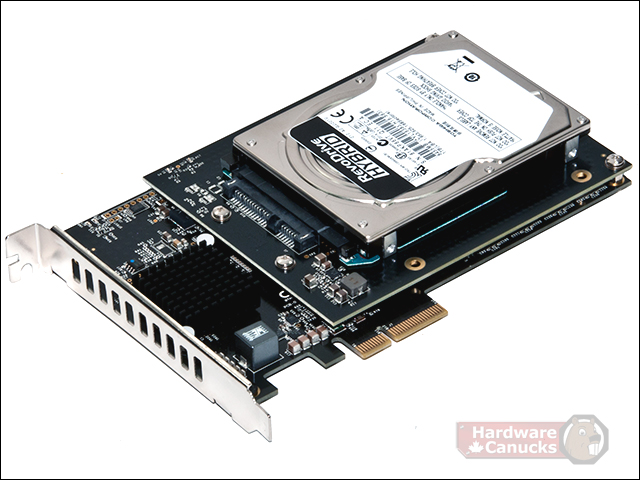 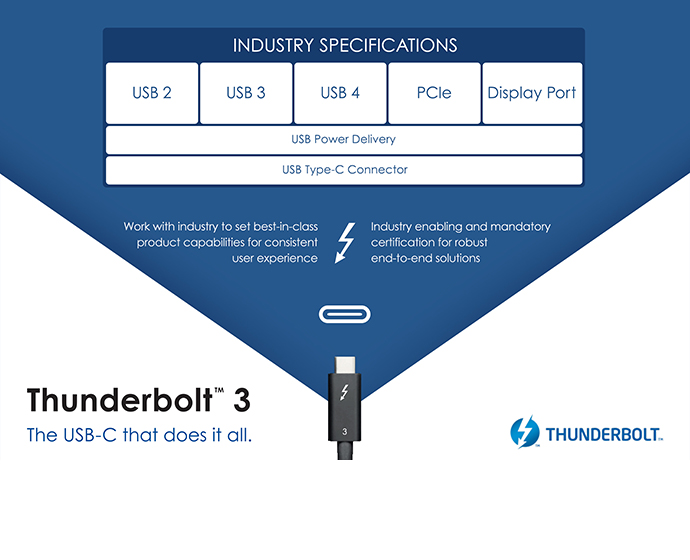 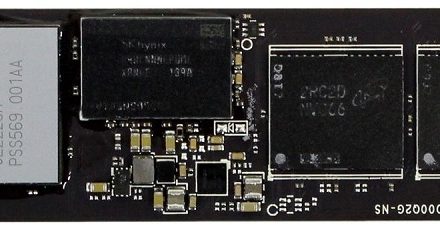