There have been a few NVIDIA datacenter stories popping up over the last couple of months. A month or so after Google started integrating Pascal-based Tesla P100s into their cloud, Amazon announced Telsa V100s for their rent-a-server service. They have also announced Volta-based solutions available or coming from Dell EMC, Hewlett Packard Enterprise, Huawei, IBM, Lenovo, Alibaba Cloud, Baidu Cloud, Microsoft Azure, Oracle Cloud, and Tencent Cloud.

This apparently translates to boatloads of money. Eyeball-estimating from their graph, it looks as though NVIDIA has already made about 50% more from datacenter sales in their first three quarters (fiscal year 2018) than all last year.

They are also seeing super-computer design wins, too. Earlier this year, Japan announced that it would get back into supercomputing, having lost ground to other nations in recent years, with a giant, AI-focused offering. Turns out that this design will use 4352 Tesla V100 GPUs to crank out 0.55 ExaFLOPs of (tensor mixed-precision) performance.

As for product announcements, this one isn’t too exciting for our readers, but should be very important for enterprise software developers. NVIDIA is creating optimized containers for various programming environments, such as TensorFlow and GAMESS, with their recommended blend of driver version, runtime libraries, and so forth, for various generations of GPUs (Pascal and higher). Moreover, NVIDIA claims that they will support it “for as long as they live”. Getting the right container for your hardware is just filling out a simple form and downloading the blob.

NVIDIA’s keynote is available on UStream, but they claim it will also be uploaded to their YouTube soon. 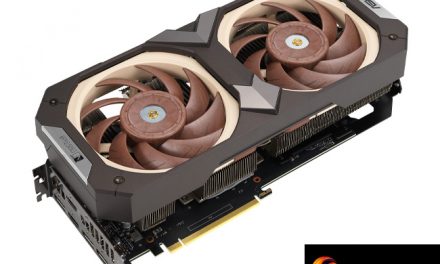