Iceberg Interactive, whom you may know from games like Killing Floor or the Stardrive series have released a new strategy game called Oriental Empires, and happened to send me a copy to try out.

On initial inspection it resembles recent Civilization games but with a more focused design as you take on a tribe in ancient China and attempt to become Emperor, or at least make your neighbours sorry that they ever met you.  Until you have been through 120 turns of the Grand Campaign you cannot access many of the tribes; not a bad thing as that first game is your tutorial.  Apart from an advisor popping up during turns or events, the game does not hold your hand and instead lets you figure out the game on your own.

That minimalist ideal is featured throughout the entire game, offering one of the cleanest interfaces I've seen in a game.  All of the information you need to maintain and grow your empire is contained in a tiny percentage of the screen or in a handful of in game menus.  This plays well as the terrain and look of the campaign map is quite striking and varies noticeably with the season.

Summer is a busy season for your workers and perhaps your armies. 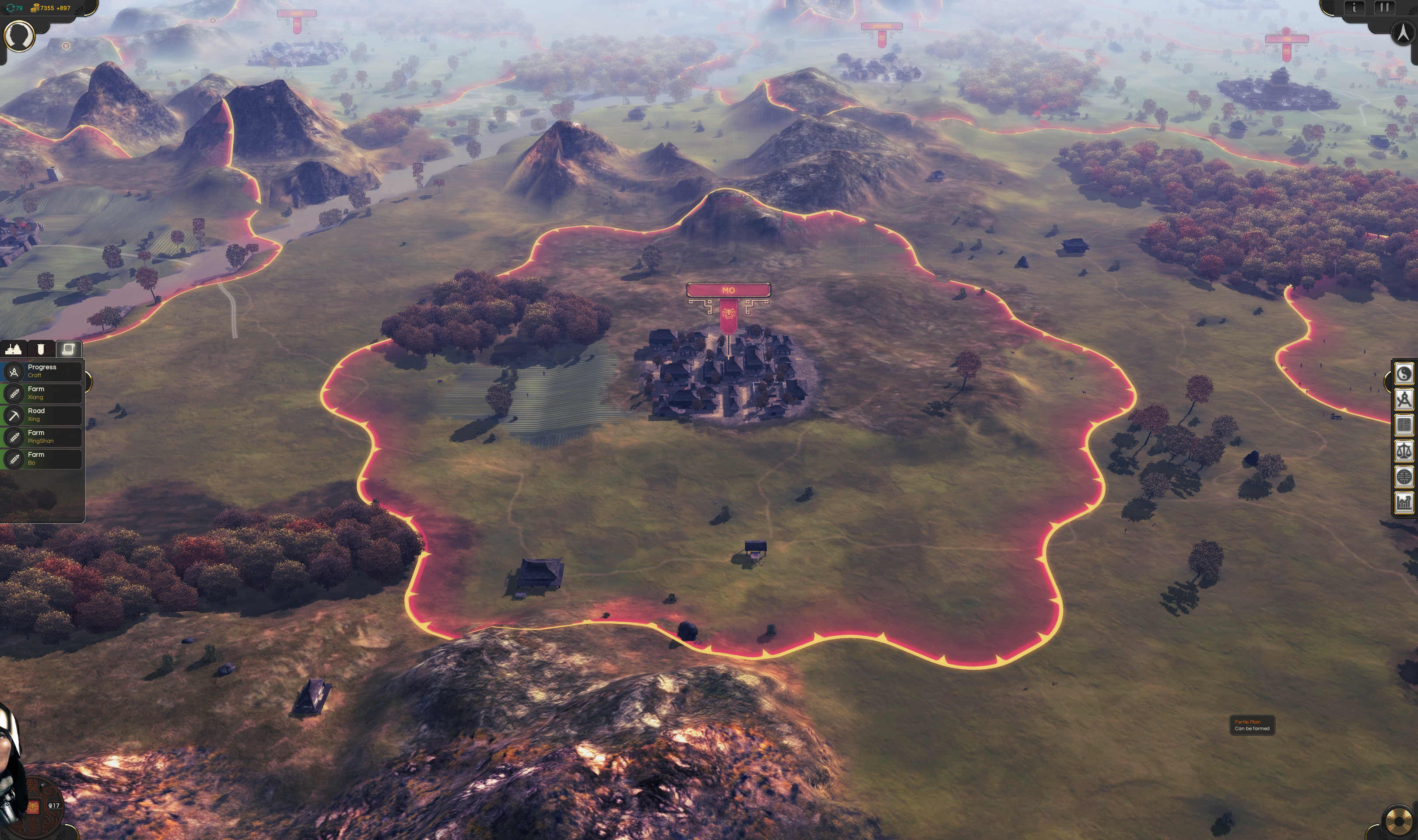 Fall colours indicate the coming of winter and snow.

Which also shrouds the peaks in fog.  The atmosphere thus created is quite relaxing, somewhat at odds with many 4X games and perhaps the most interesting thing about this game.

In these screenshots you can see the entire GUI that gives you the information you need to play.  The upper right shows your turn, income and occaisonally a helpful advsor offering suggestions.  Below that you will find a banner that toggles between displaying three lists.  The first is of your cites and their current build queues and population information, the second lists your armies compositions and if they currently have any orders while the last displays any events which effect your burgeoning empire.  The bottom shows your leader and his authority which, among other things, indicates the number of cities you can support without expecting quickly increasing unrest.

The right hand side lets you bring up the only other five menus which you use in this game.  From top to bottom they offer you diplomacy, technology, Imperial edicts you can or have applied to your Empire, player statistics to let you know how you are faring and the last offering detailed statistics of your empire and those competing tribes you have met.

Next, a bit about the gameplay mechanics. 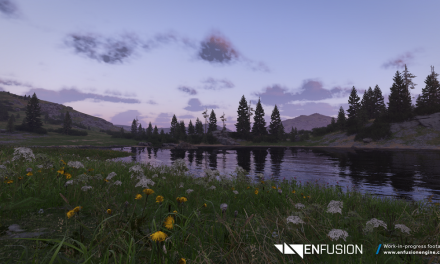 The new sound of ASUS

Now that radio can be good, you might want to save some of it 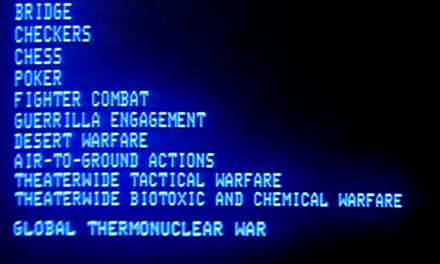