With all of the activity in both the GPU and CPU markets this year, it's hard to remember some of the launches in the first half of the year—including NVIDIA's GTX 1080 Ti. Maintaining the rank of fastest gaming GPU for the majority of the year, little has challenged NVIDIA's GP102-based offering, making it the defacto choice for high-end gamers.

Even though we've been giving a lot of attention to NVIDIA's new flagship TITAN V graphics card, the $3000 puts it out of the range of almost every gamer who doesn't have a day job involving deep learning. 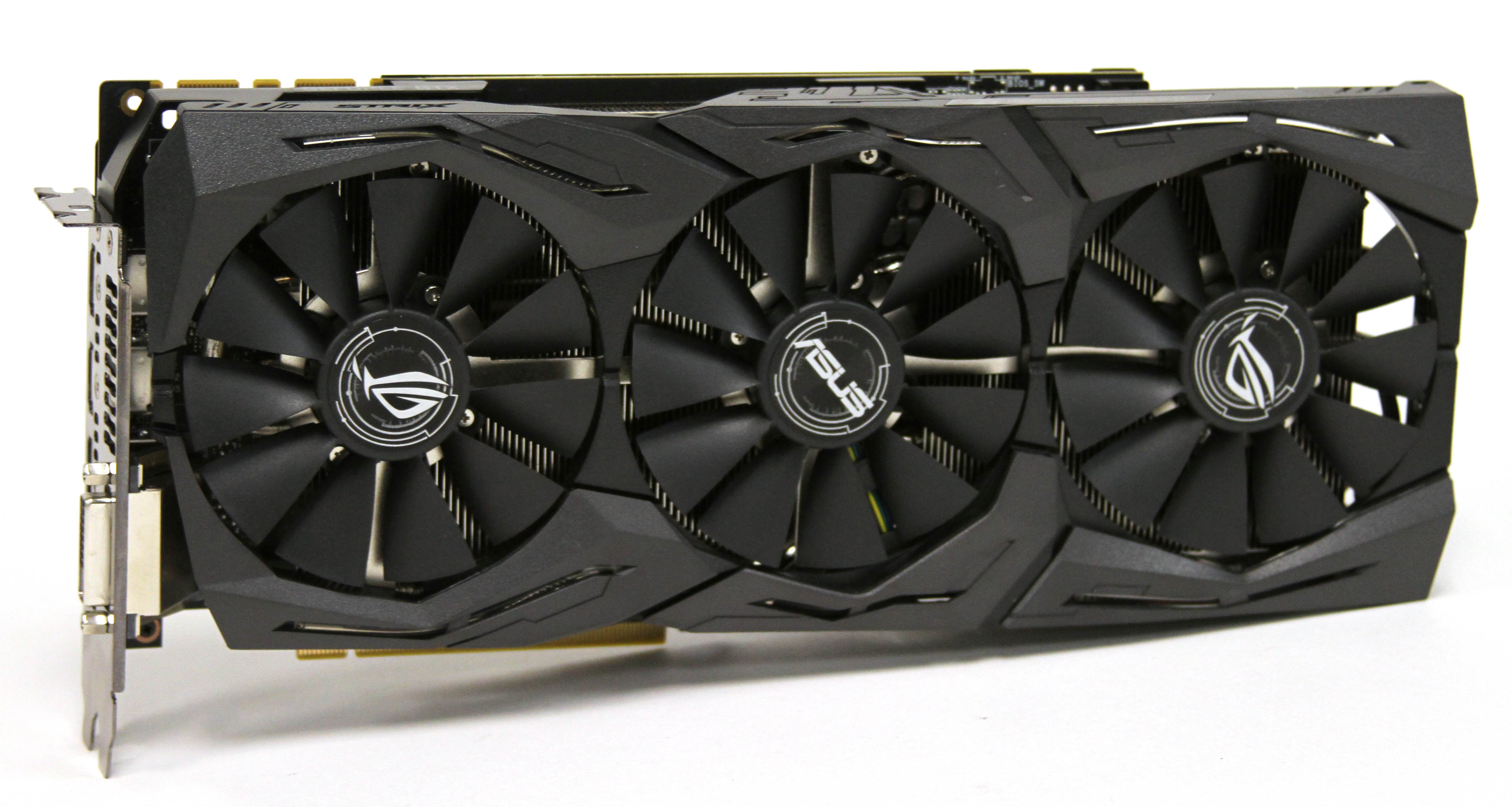 Today, we're taking a look back to the (slightly) more reasonable GP102 and the one of the most premiere offerings to feature it, the ASUS ROG Strix GTX 1080 Ti.

While the actual specifications of the GP102 GPU onboard the ASUS Strix GTX 1080 Ti hasn't changed at all, let's take a moment to refresh ourselves on where it sits in regards to the rest of the market.

If you'd like some additional details on the NVIDIA GTX 1080 Ti, or it's GP102 GPU, take a look at our review of the reference Founder's edition.

The GTX 1000 series of products from NVIDIA has marked a consolidation in ASUS's GPU offerings. Instead of having both Strix and Matrix products available, the Strix has supplanted everything to be the most premium option from ASUS for any given GPU, and the Strix GTX 1080 Ti doesn't disappoint. 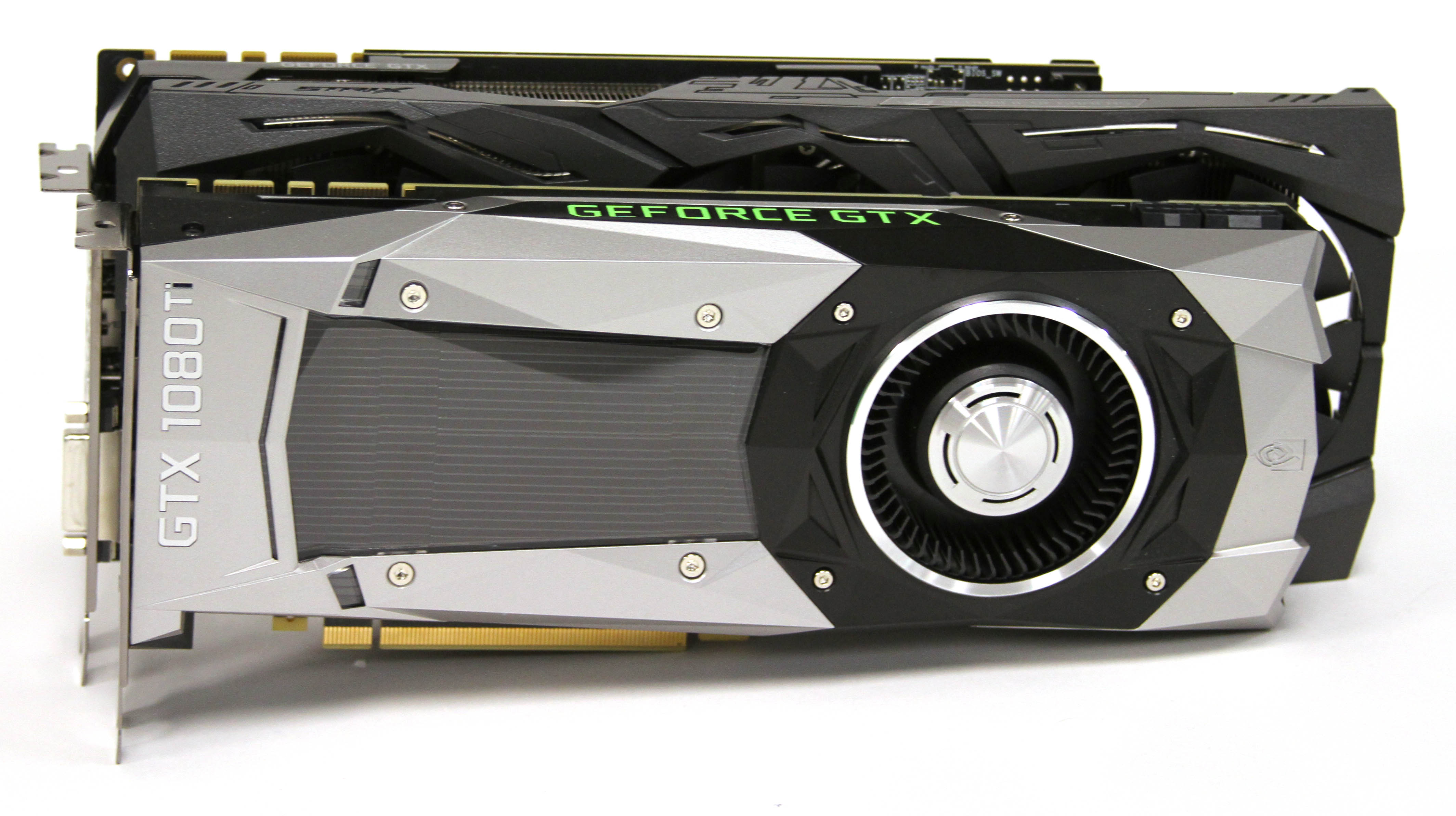 While it might not be the largest graphics card we've ever seen, the ASUS Strix GTX 1080 Ti is more massive in all dimensions compared to both the NVIDIA Founder's Edition card, as well as the EVGA ICX option we took a look at earlier this year. Compared to the Founder's Edition, the Strix GTX 1080 Ti is 1.23-in longer, 0.9-in taller, and takes up an extra PCIe slot in width.

In particular, the Strix is difficult to fit in smaller form-factor cases that might have the available length but are more constrained on GPU height. However, if you have a mid or full tower chassis and don't care about GPU size, the massive cooler on the Strix has a lot to offer.

The cooler design of the Strix GTX 1080 Ti is based on a massive heatsink array with six heat pipes, mated to a triple fan setup. By taking up 2.5 slots, ASUS is able to implement a taller heatsink with more surface area for cooling.

This is evident by what ASUS calls "0dB Technology." Essentially, the fans on the graphics card won't turn on until the GPU reaches 55 degrees Celsius. We observed this working as expected during our time with the Strix 1080 Ti. This would be great for running less demanding or older titles with V-Sync on, which wouldn't tax the GPU very much and allow for near silent operation. 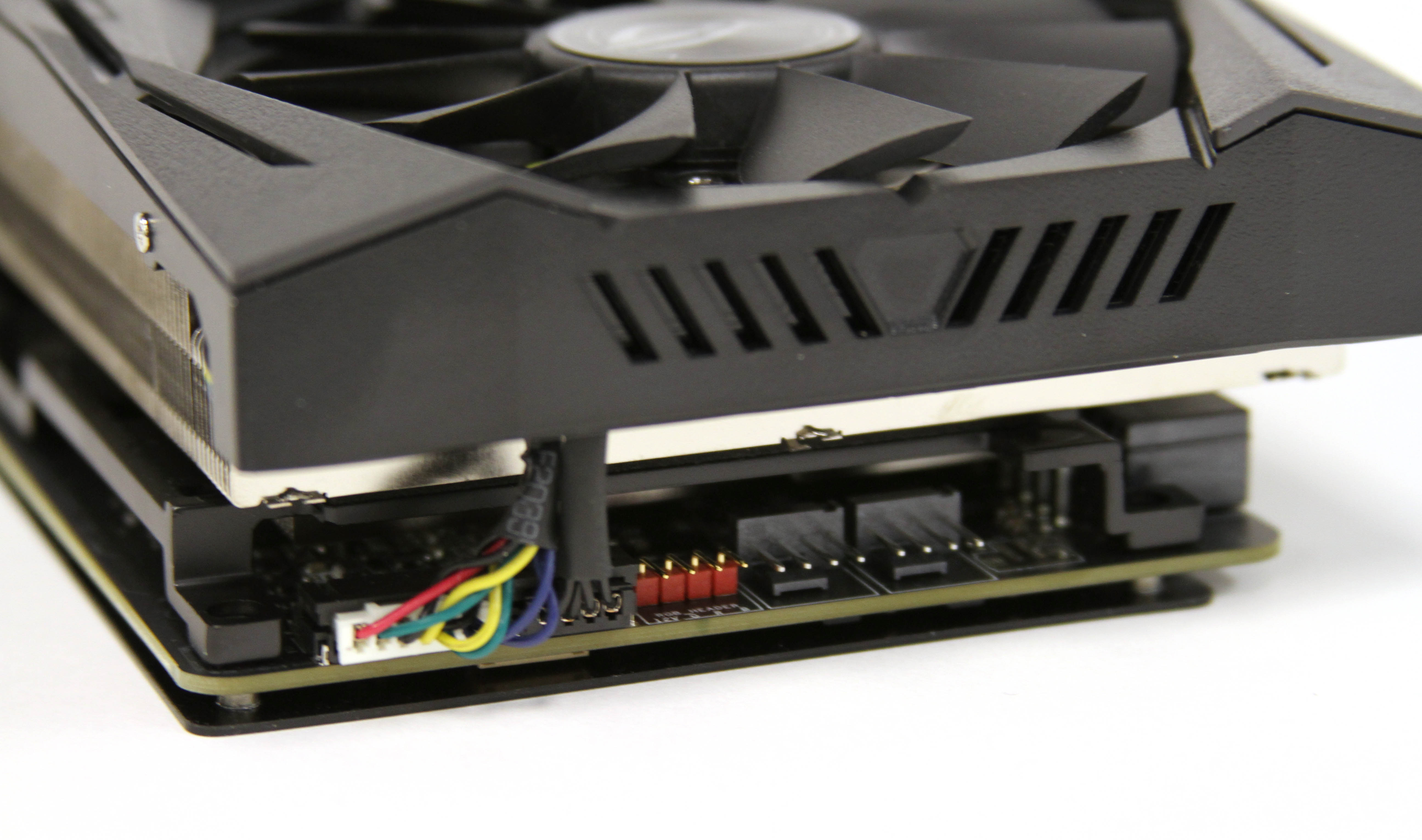 Another interesting cooling feature found on the Strix GTX 1080 Ti involves the addition of two 4-pin fan headers on the end of the card. These fan headers, in conjunction with ASUS GPU Tweak II software, allows you to set custom fan curves based on GPU and/or CPU temperature for connected case fans. This feature would be great for front intake fans on a case, so you could ramp them up when your GPU is hot in order to push more air to the card.

Of course, as with any flagship computer hardware product these days, RGB is available in full force with the Strix GTX 1080 Ti. Not only are there built-in RGB LEDs on the fan shroud itself, but there is s header for an RGB LED strips on the card. This could be good if you want to sync additional LEDs with your graphics card, or if your motherboard doesn't support RGB expansion. 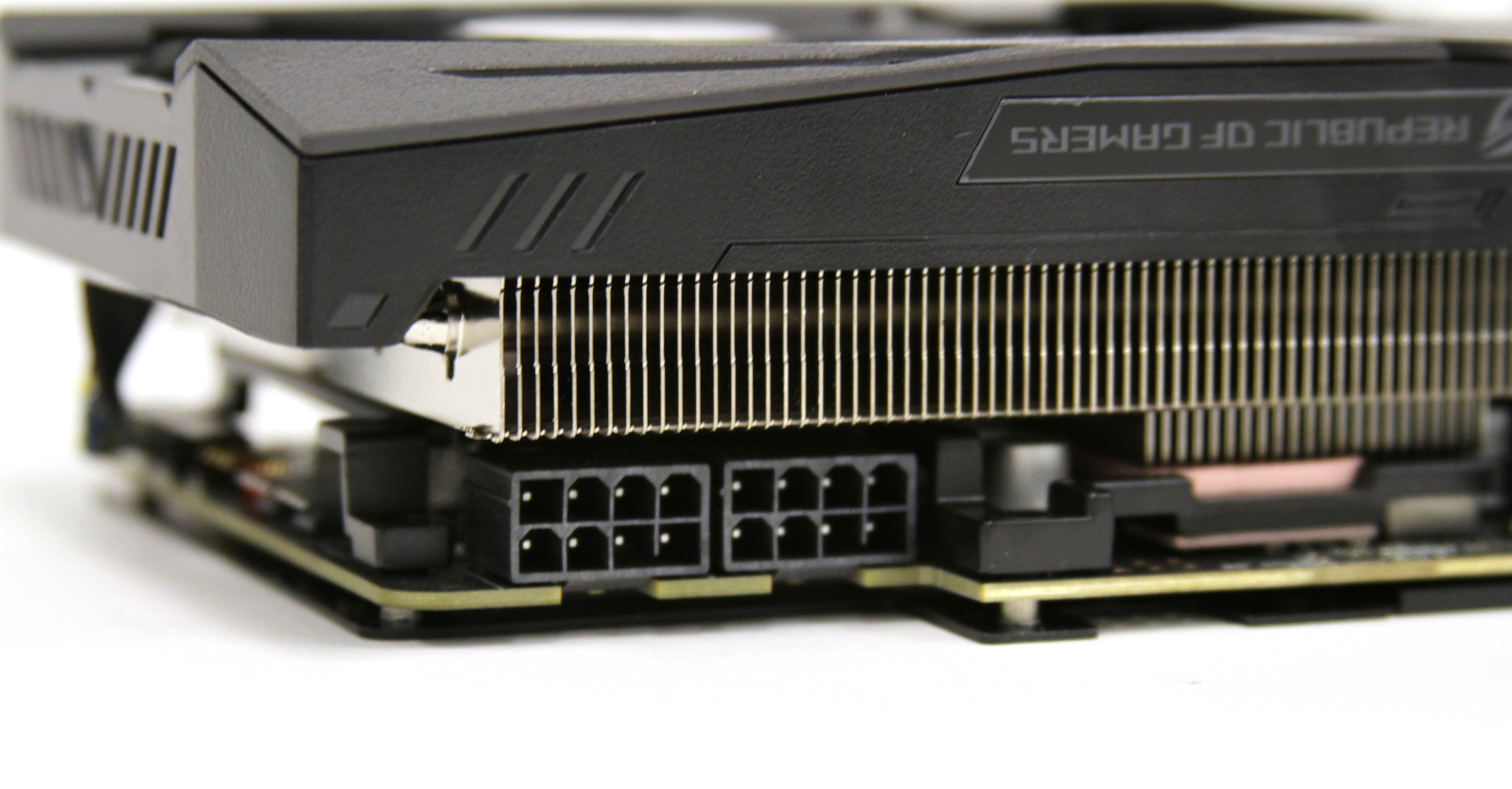 While the Founder's Edition GTX 1080 Ti sports one 8-pin and one 6-pin PCIe power connector, the Strix 1080 Ti bumps that to two 8-pin connectors, allowing for an extra 75W of power draw while overclocking.

A much-welcomed revision from the NVIDIA Founder's edition, the Strix 1080 Ti adds a dual-link DVI connector back to the mix along with 4 DisplayPort connectors and a full-size HDMI port.