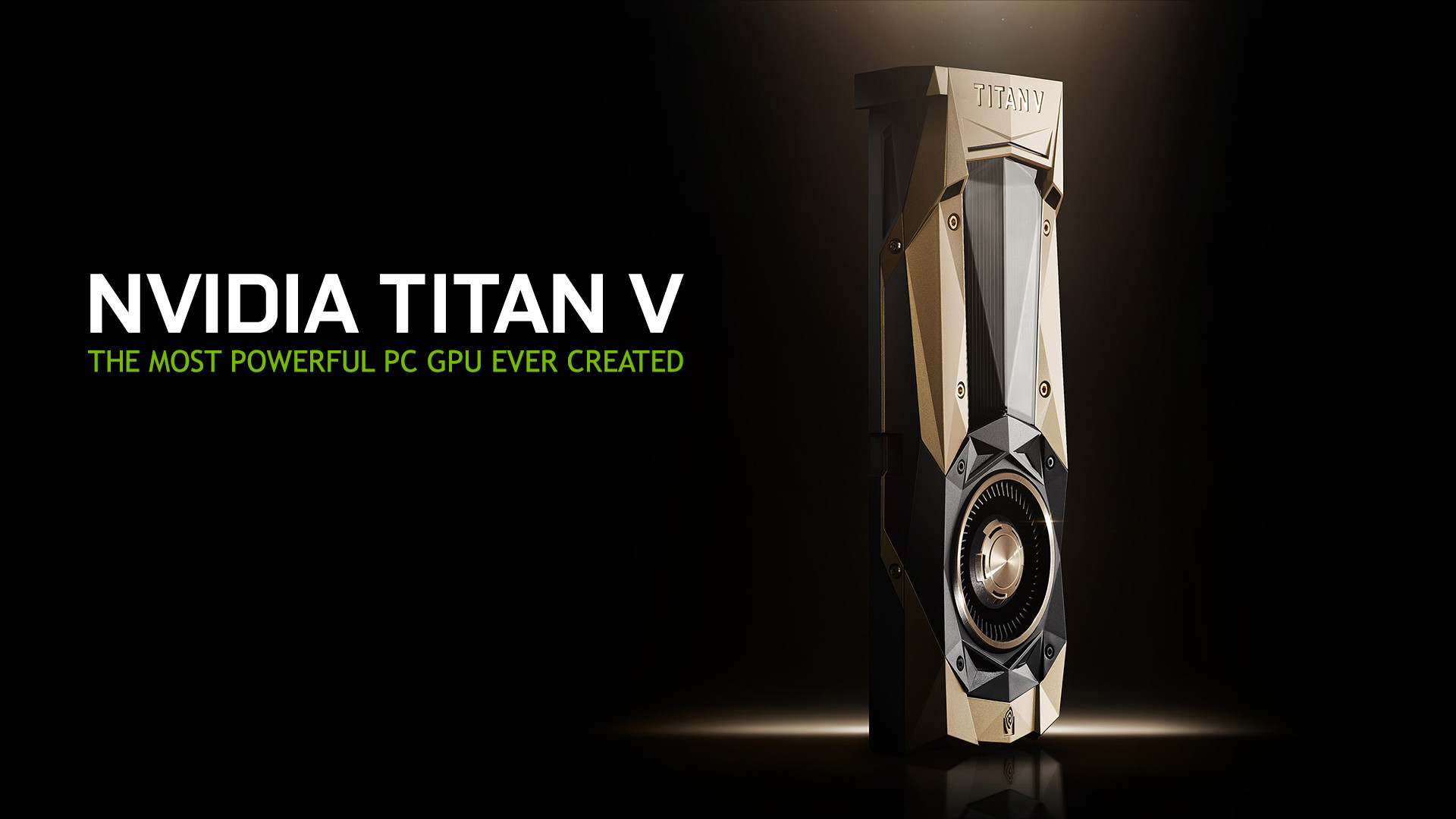 NVIDIA made a surprising move late Thursday with the simultaneous announcement and launch of the Titan V, the first consumer/prosumer graphics card based on the Volta architecture.

Like recent flagship Titan-branded cards, the Titan V will be available exclusively from NVIDIA for $2,999. Labeled "the most powerful graphics card ever created for the PC," Titan V sports 12GB of HBM2 memory, 5120 CUDA cores, and a 1455MHz boost clock, giving the card 110 teraflops of maximum compute performance. Check out the full specs below:

The NVIDIA Titan V's 110 teraflops of compute performance compares to a maximum of about 12 teraflops on the Titan Xp, a greater than 9X increase in a single generation. Note that this is a very specific claim though, and references the AI compute capability of the Tensor cores rather than we traditionally measure for GPUs (single precision FLOPS). In that metric, the Titan V only truly offers a jump to 14 TFLOPS. The addition of expensive HBM2 memory also adds to the high price compared to its predecessor. 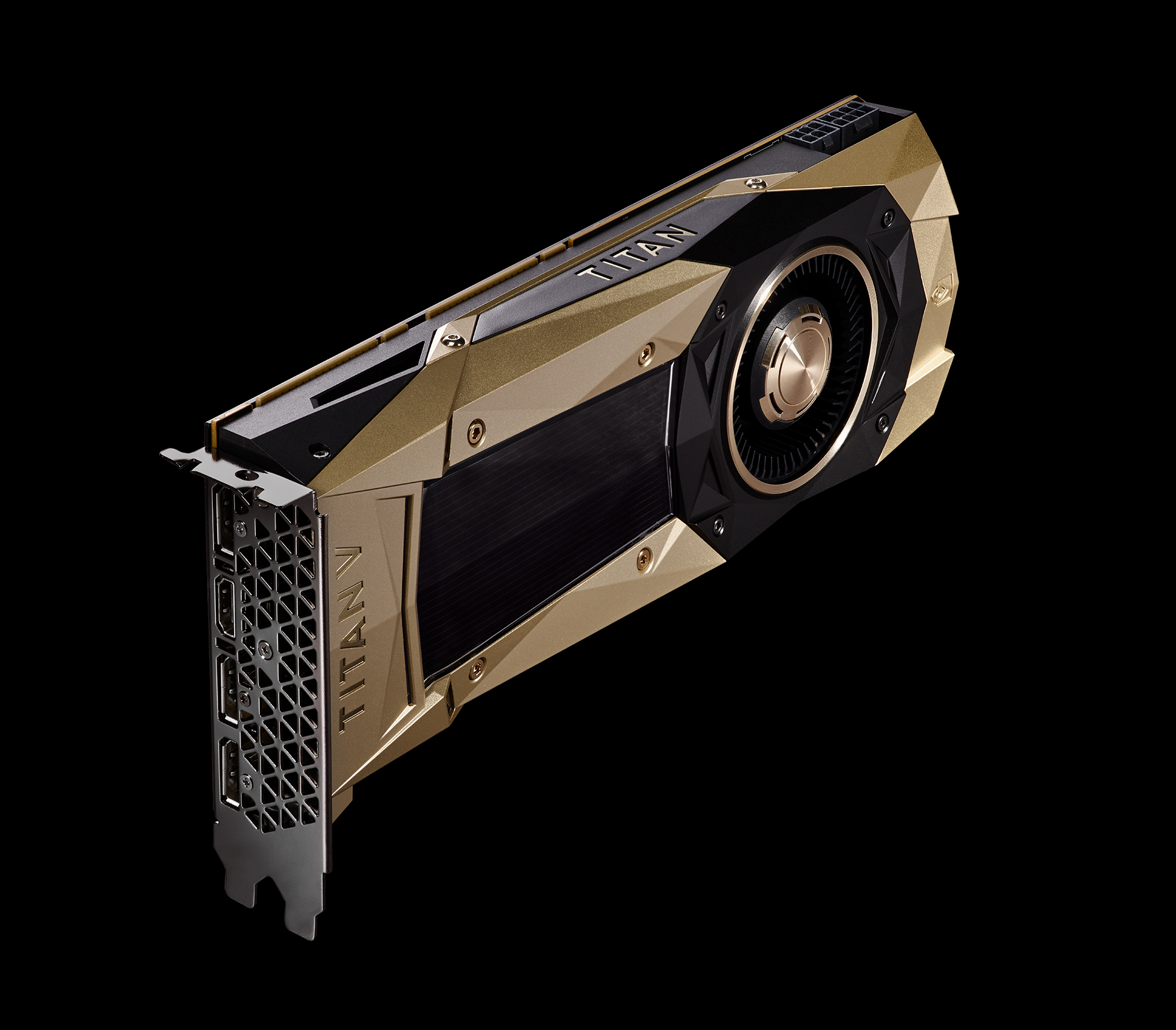 The Titan V is available now from NVIDIA.com for $2,999, with a limit of 2 per customer. And hey, there's free shipping too.