Synaptics, the California-based "human interface solution developer" founded in 1986, is no stranger to PC input and interface devices with more than 5 billion units shipped to OEM partners and a large patent portfolio. Today, the company is getting into the lucrative smartphone market in a big way with its Clear ID In-Display fingerprint sensor which sits just under and scans a user's fingerprint through a standard smartphone display (including glass overlay and screen protector).

Current sensors sit in a fixed position at OEM discretion and activate only when needed. Future in-display sensors will target larger areas and eventually the entire display.

Synaptics has designed and positioned the FS9500 fingerprint sensor at smartphones with so-called Infinity Displays and seeks to address the problem of where and how to mount a biometrics sensor (or even a camera for that matter, but that's a different problem) on smartphones that are moving towards edge to edge displays with no physical button area or bezels to mount front facing sensors! Rather than requiring an unusual cut out display (like the iPhone X) or settling for larger bezels, Synaptics has instead opted to take advantage of the large display area by laminating the thin fingerprint senor module to the underside of the display and using the OLED display itself as the light source to illuminate the user's fingerprint so that the optimized CMOS image sensor can scan the fingerprint from the reflected light bounced through the gaps in between pixels.

Synaptics claims it is using "Quantum Matcher" and "PurePrint" machine learning technology to enhance security as well as to adapt to different external lighting environments (e.g. direct sunlight), and as a result its fingerprint sensor is able to work faster and in more situations than competing 3D facial recognition systems. Specifically, the company claims its fingerprint sensor is able to accurately read a user's fingerprint in 0.7 seconds versus 1.4 seconds for a facial recognition camera biometrics sensor. The Clear ID In-Display fingerprint sensor is rated at an approximate 99% spoof rejection rate thanks to the AI-powered PurePrint technology that discerns real fingerprints from fakes along with an on-board encryption module that establishes an encrypted connection from the biometrics sensor to the phone. 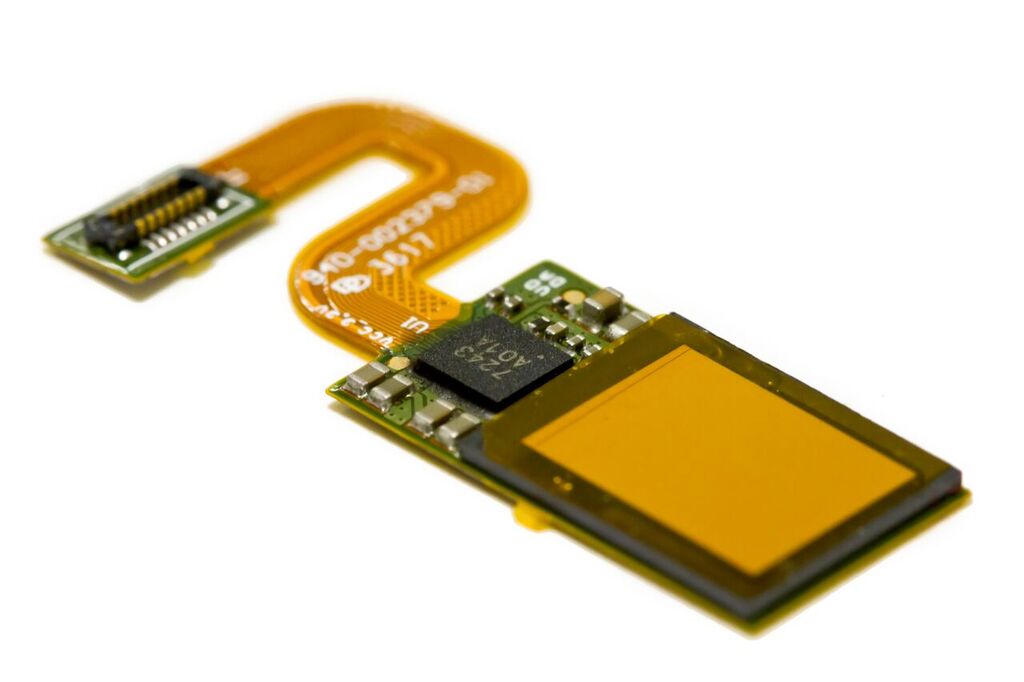 With the biggest hurdle to the continued relevance of the fingerprint sensor on modern smartphones solved by placing it under the display itself, smartphone users are able to continue to enjoy the benefits of fingerprint biometrics versus the fancy new facial recognition systems (which are admittedly cool, but do seem a bit "gimmicky" to me) including being able to unlock the phone naturally by picking it up, not having to look directly at it before it will unlock, and being able to quickly unlock the phone even in bad lighting (too dark or too bright) situations.

If it works as well as they claim, it seems like a neat way to integrate a secure fingerprint reader. Fortunately, we should not have to wait long to see it in action with devices using the technology expected as soon as next year. Perhaps we will see more information or even product announcements and design wins at CES! (Also, how the heck is it almost CES already?? heh)

Interestingly, Synaptics is not the first company to attempt the under display fingerprint sensor, with Qualcomm showing off an "ultrasonic" sensor earlier this year and Samsung reportedly filing patents for a pressure sensitive in display sensor, but Synaptics may well be the first to actually deliver, and with a product that is faster and able to work with thicker "top stacks" (the distance between top of sensor and finger including the display, glass overlay, and screen protector) up to 1.5mm.

The following are some additional images from the announcement. 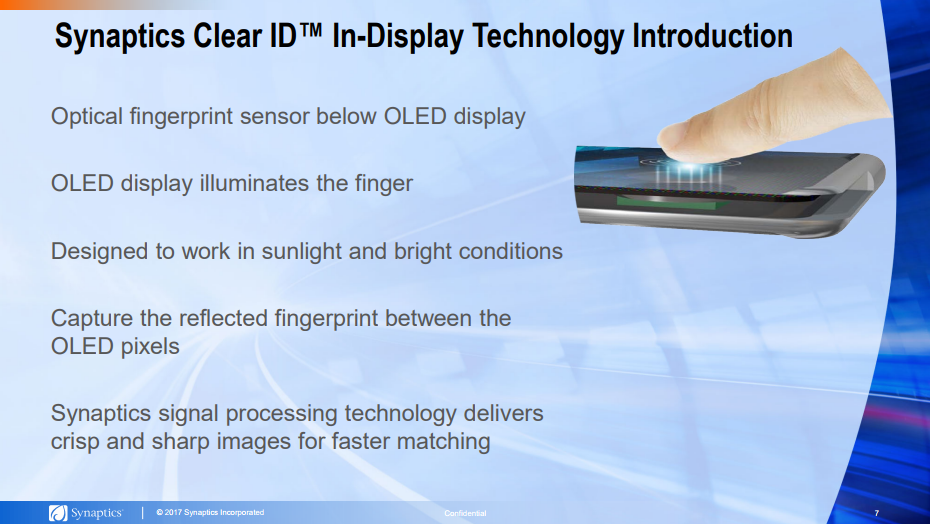 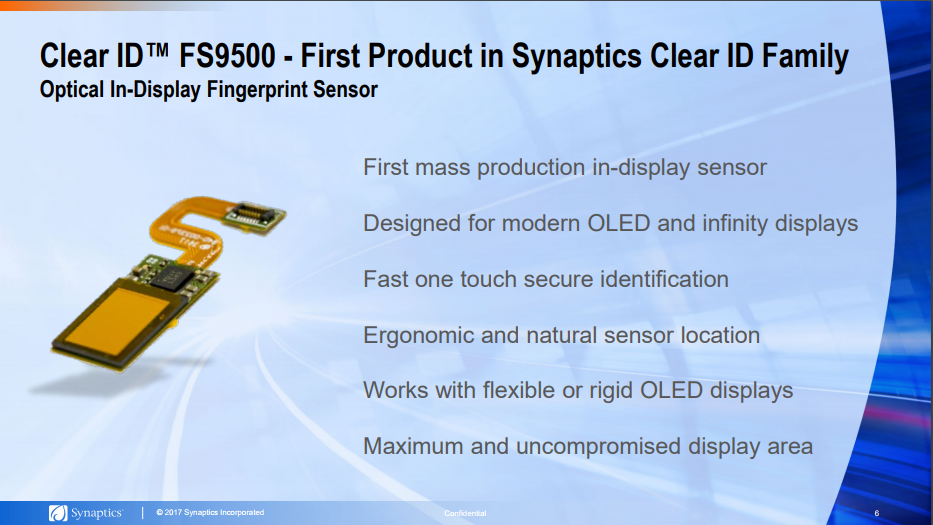 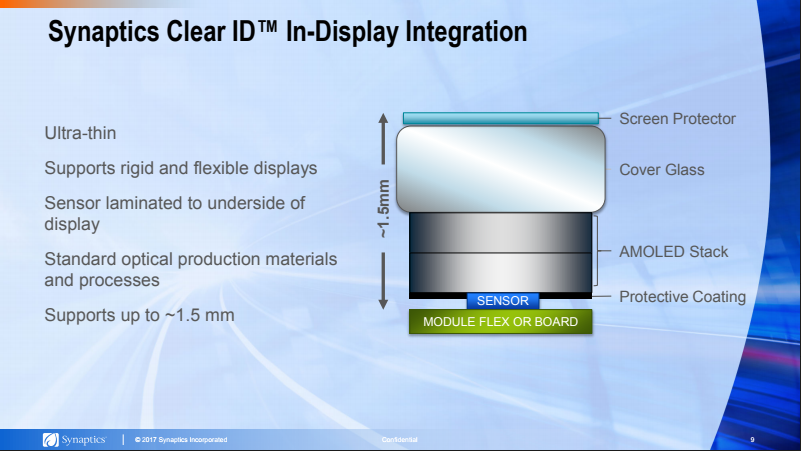 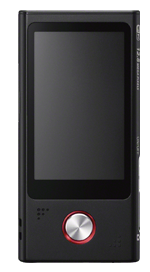