ASUS today announced the XG Station Pro, a Thunderbolt 3-based external GPU enclosure tailored for both gamers and professionals. The XG Station Pro can accommodate full-size GPUs up to 2.5 slots wide, including large cards such as the ROG Strix 1080 Ti and Radeon RX Vega 64.

Featuring a "contemporary design with clean lines and subtle styling," the XG Station Pro has a footprint of 4.3-inches x 14.8-inches, thanks to ASUS's decision to use an external power supply. In order to provide enough juice for high-end graphics cards, ASUS is borrowing the power supply design from its GX800 gaming laptop, which puts out up to 330 watts.

The XG Station Pro's chassis, designed by case maker In Win, has a smooth dark gray finish with a black PCB and sleeved PCIe power cables. It features a soft white internal glow that can be controlled by ASUS's Aura software, including Aura Sync to synchronize lighting with your compatible ASUS and ROG graphics cards and laptops. 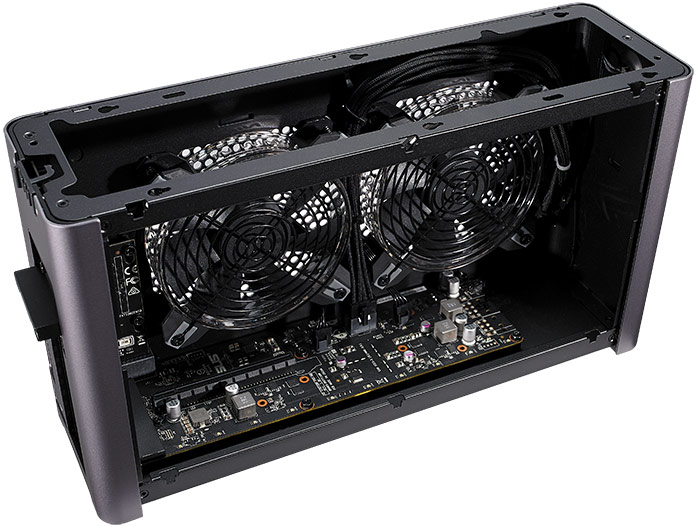 Inside the XG Station Pro, dual 120mm PWM fans provide exhaust out of the right side of the chassis. The fans automatically ramp down and even shut off below certain temperatures, but users can also manually control the fans with the ASUS GPU Tweak II application. 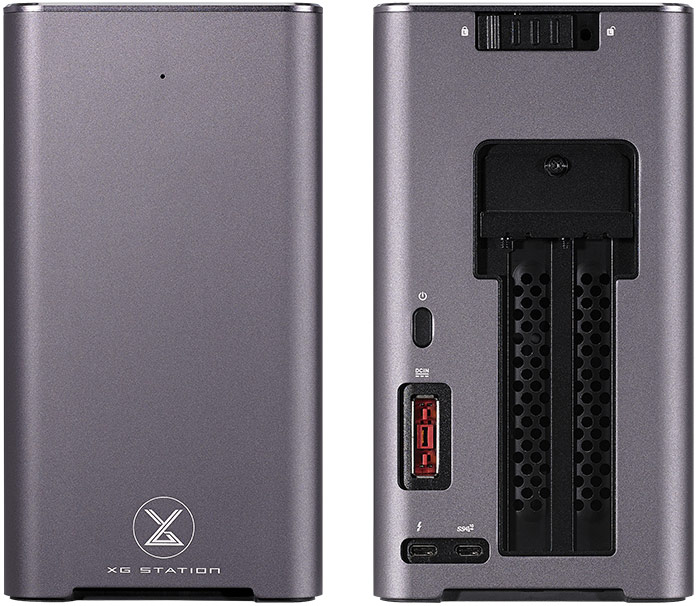 Around back, users will find an extra USB Type-C 3.1 Gen 2 port, which can supply up to 15 watts of power to compatible devices such as smartphones and external storage. Finally, ASUS notes that it includes the require Thunderbolt 3 cable in the box, something that many Thunderbolt-based devices seem to lack.

The ASUS XG Station Pro will launch later this month for $329 with support for both AMD and NVIDIA GPUs in Windows 10, and just AMD Vega-based GPUs in macOS Sierra and newer.