Though AMD might not use the term APU anymore, that’s what we are looking at today. The Ryzen + Vega processor (single die implementation, to be clear) for desktop solutions will begin shipping February 12 and will bring high-performance integrated graphics to low cost PCs. Fully titled the “AMD Ryzen Desktop Processor with Radeon Vega Graphics”, this new processor will utilize the same AM4 socket and motherboards that have been shipping since March of 2017. Finally, a good use for those display outputs! 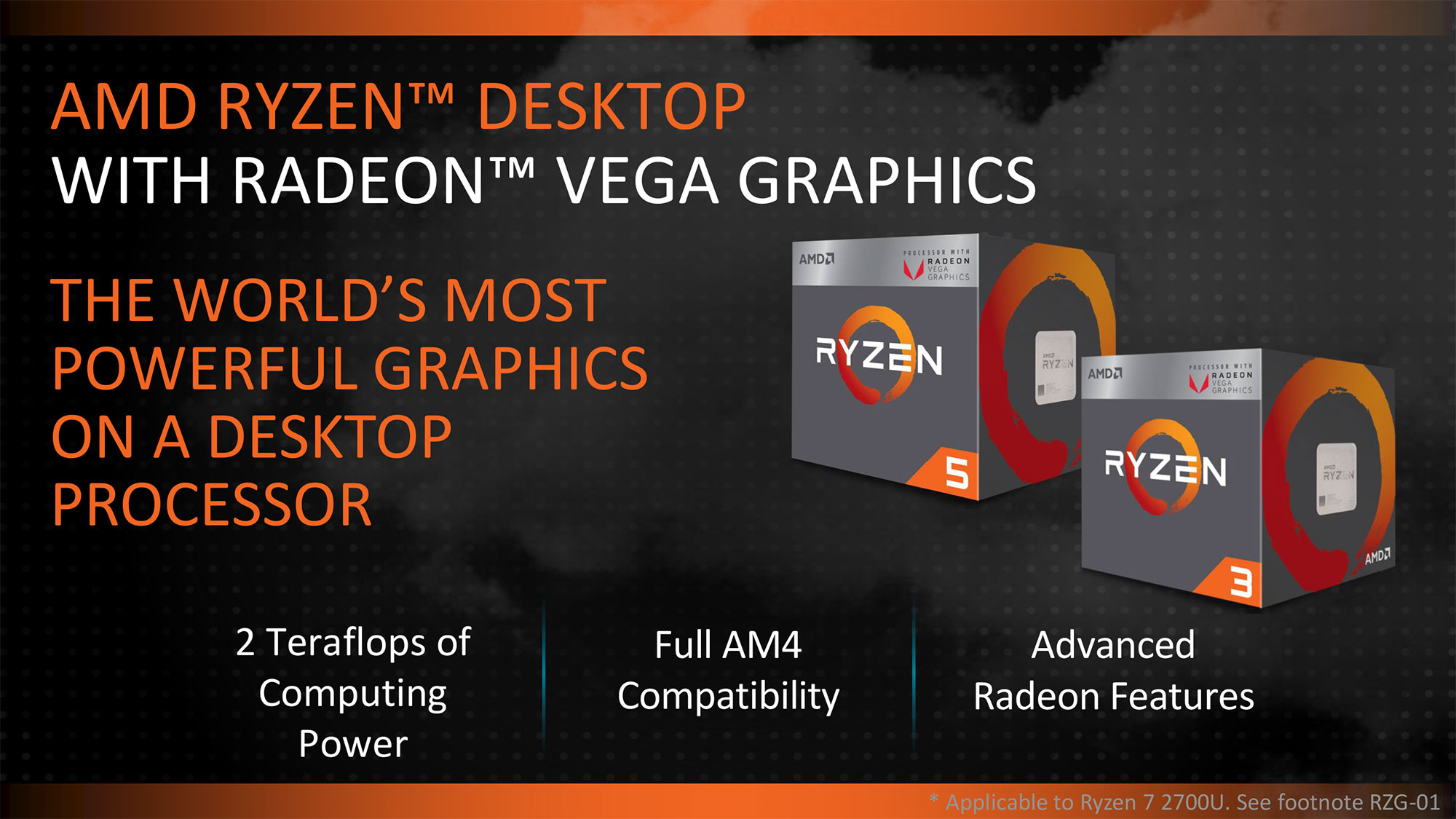 Though enthusiasts might have little interest in these parts, it is an important step for AMD. Building a low-cost PC with a Ryzen CPU has been difficult due to the requirement of a discrete graphics card. Nearly all of Intel’s processors have integrated graphics, and though we might complain about the performance it provides in games, the truth is that the value of not needing another component is crucial for reducing costs. 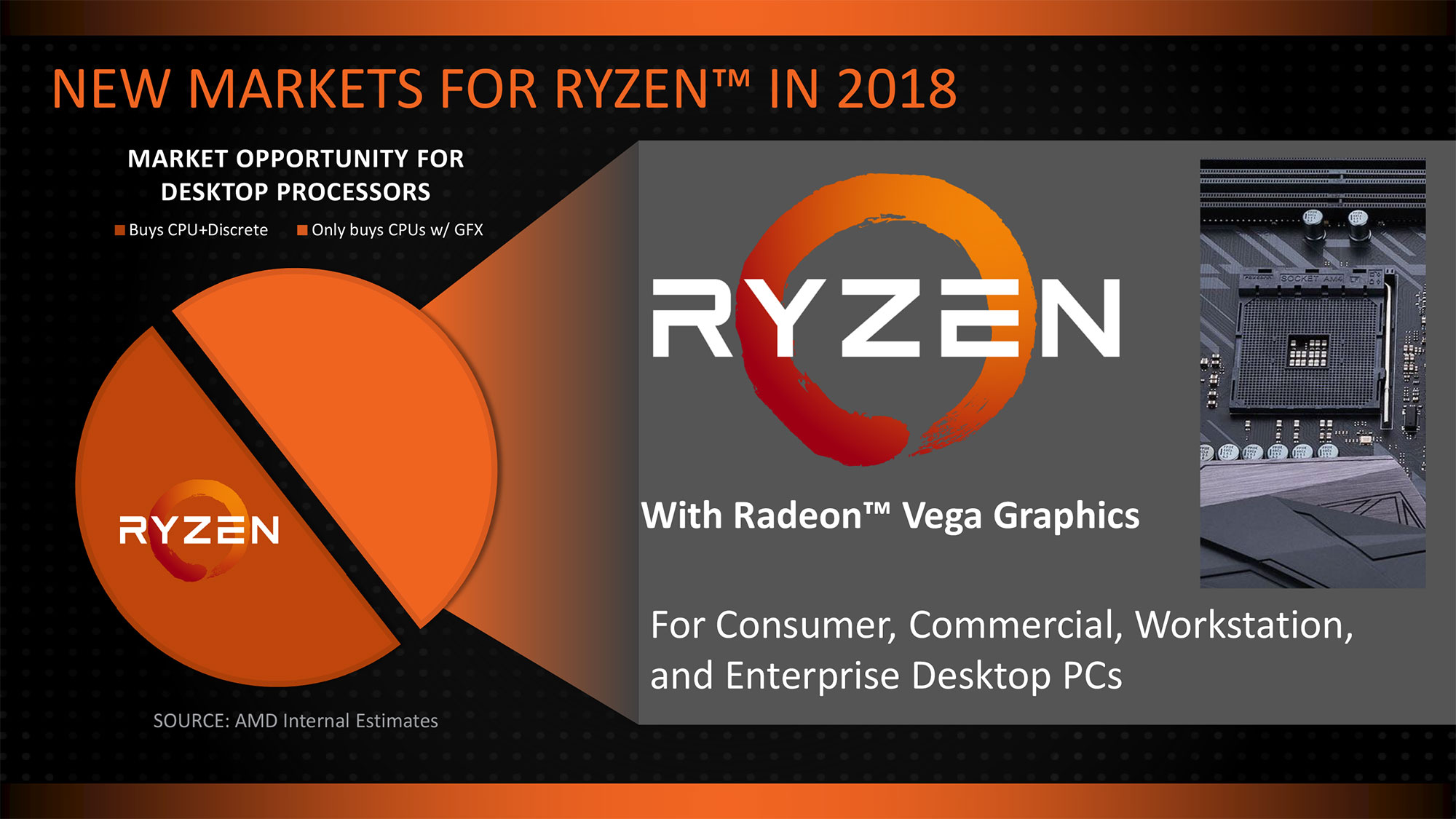 Without an APU that had both graphics and the company’s greatly improved Zen CPU architecture, AMD was leaving a lot of potential sales on the table. Also, the market for entry-level gaming in small form factor designs is significant.

The pricing configuration gives AMD some impressive placement. The $169 Ryzen 5 2400G will offer much better graphics performance than the $30 more expensive Core i5-8400 (based on current pricing) and has equivalent performance to the $100+ higher Core i5-8400 and NVIDIA GT 1030 discrete solution. 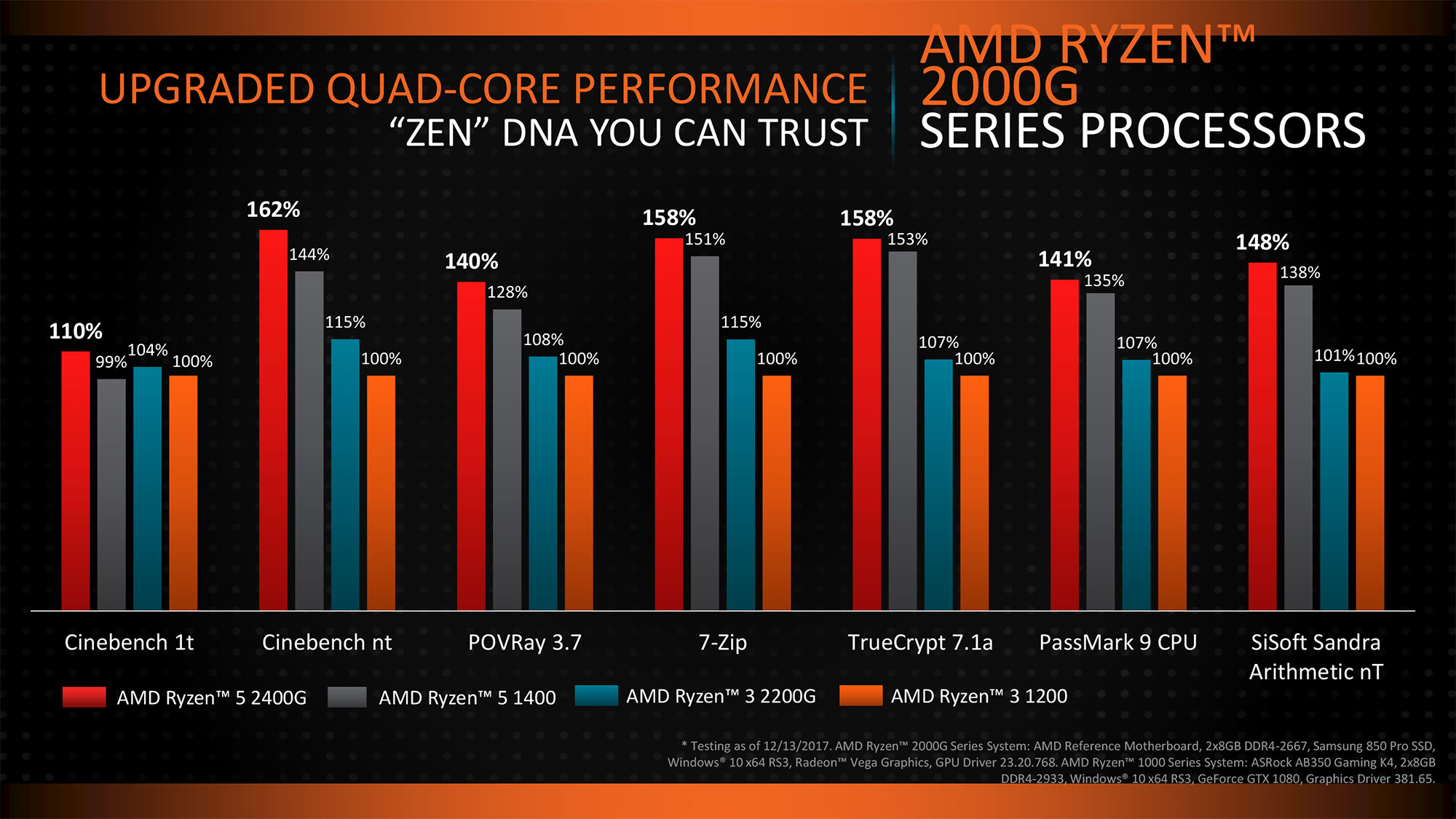 When looking at CPU performance, the new Ryzen processors offer higher scores than the units they are replacing. They do this while adding Vega graphics capability and matching or lower prices. 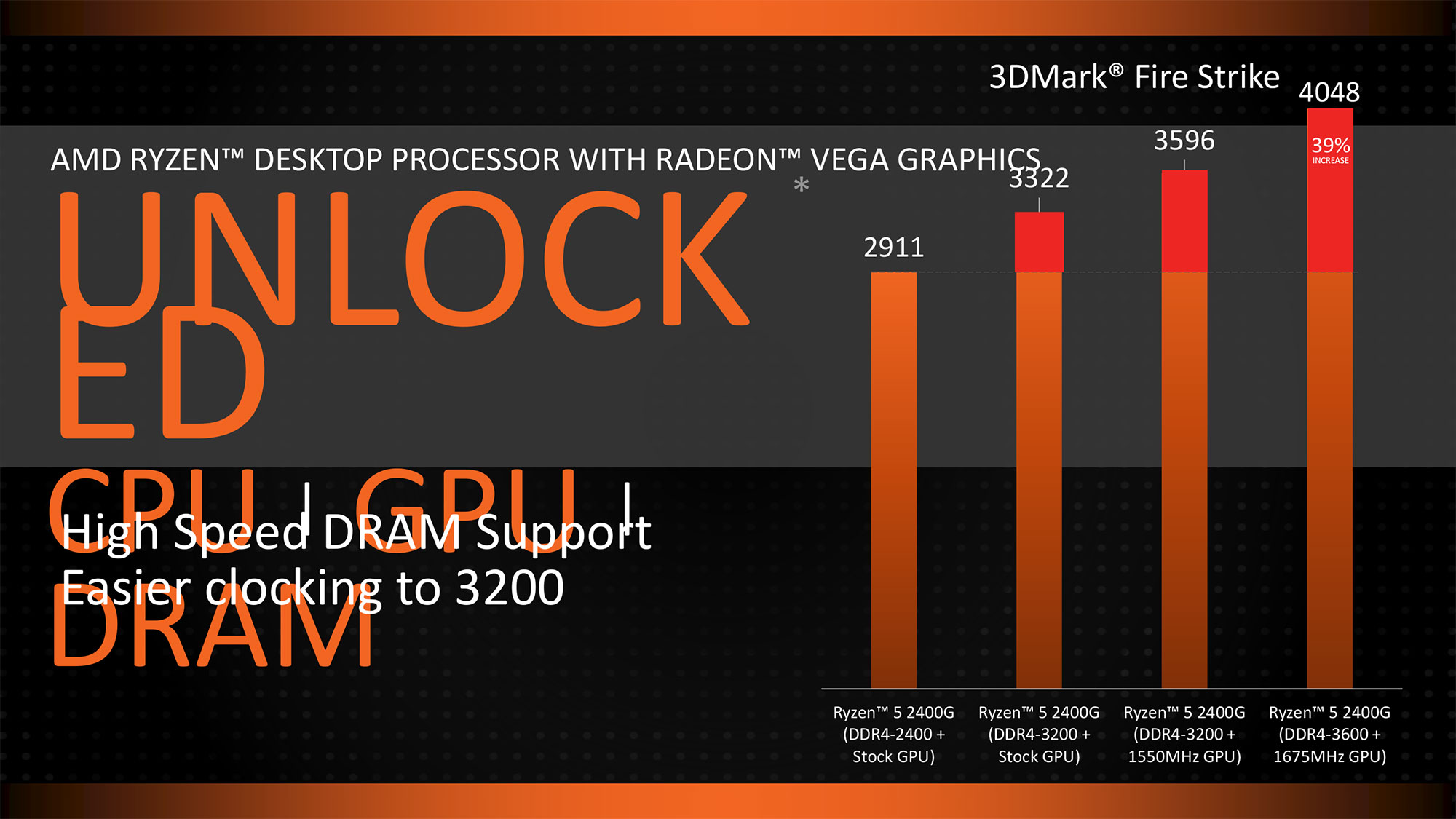 AMD even went as far to show the overclocking headroom that the Ryzen APU can offer. During an on-site demo we saw the Ryzen 5 2400G improve its 3DMark score by 39% with memory frequency and GPU clock speed increases. Moving the GPU clock from ~1100 MHz to 1675 MHz will mean a significant increase in power consumption, and I do question the size of the audience that wants to overclock an APU. Still – cool to see!

The Ryzen CPU with Vega graphics is a product we all expected to see, it’s the first perfect marriage of AMD’s revitalized CPU division and its considerable advantage in integrated graphics. It has been a long time since one of AMD’s APUs appeared interesting to me and stoked my desire to build a low-cost, mainstream gaming build. Looks for reviews in just a few short weeks!