HP today announced an update to its Spectre x360 15-inch convertible laptop, introducing a new model based on Intel's "Kaby Lake-G" platform: an 8th generation Core processor paired with integrated AMD Radeon RX Vega M graphics. For those who who need NVIDIA graphics, a model of the Spectre x360 15 with Kaby Lake-R processors and NVIDIA's GeForce MX150 is also available.

The new 2018 model of the Spectre x360 15 retains similar styling to its 2017 predecessor, but with a few important changes. Overall thickness is increased from 17.9mm to 19.45mm in order to accommodate the more powerful internal hardware (a change that HP advertises as "2.5X more performance for about a grain of rice thicker"), and the weight increases from 2017's 4.43lbs to 4.62lbs for the Kaby Lake-R model and 4.72lbs for Kaby Lake-G.

The 2018 model also sees a redesigned keyboard. The speaker grills that flanked the 2017 model's keyboard are gone in order to make room for a new edge-to-edge keyboard with numeric keypad. As a result, the laptop's touchpad is shifted left to remain centered with the main keyboard.

Other features include the 15.6-inch Corning Gorilla Glass touchscreen display with a 4K UHD resolution, an 84 Wh battery (good for 13.5 hours of battery life on the Kaby Lake-R model and 12 hours for Kaby Lake-G), USB 3.1 Type-A, HDMI 2.0, an SD Card Reader, and up to two Thunderbolt 3 ports depending on configuration. 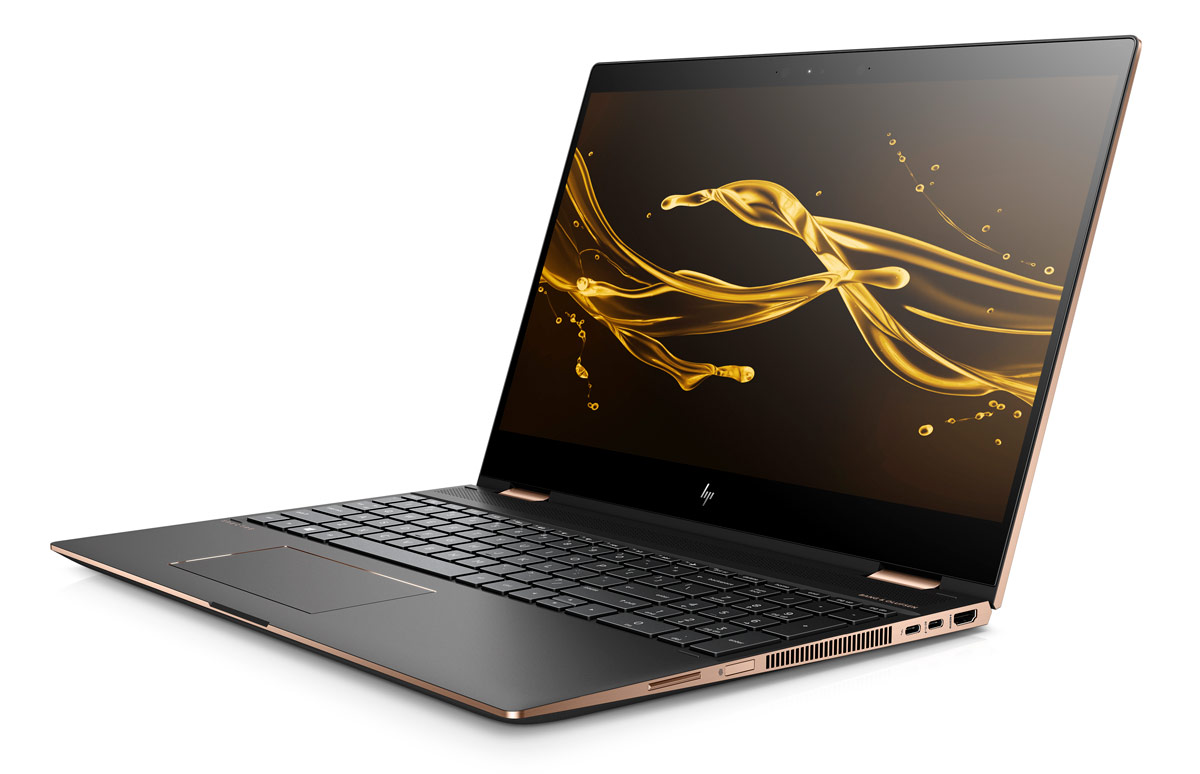 Beyond the standard configurations shown above, storage upgrades up to 2TB will also be available, although upgrade pricing is not yet available. All models include the standard HP Pen, with the more advanced HP Tilt Pen available as a $90 accessory. 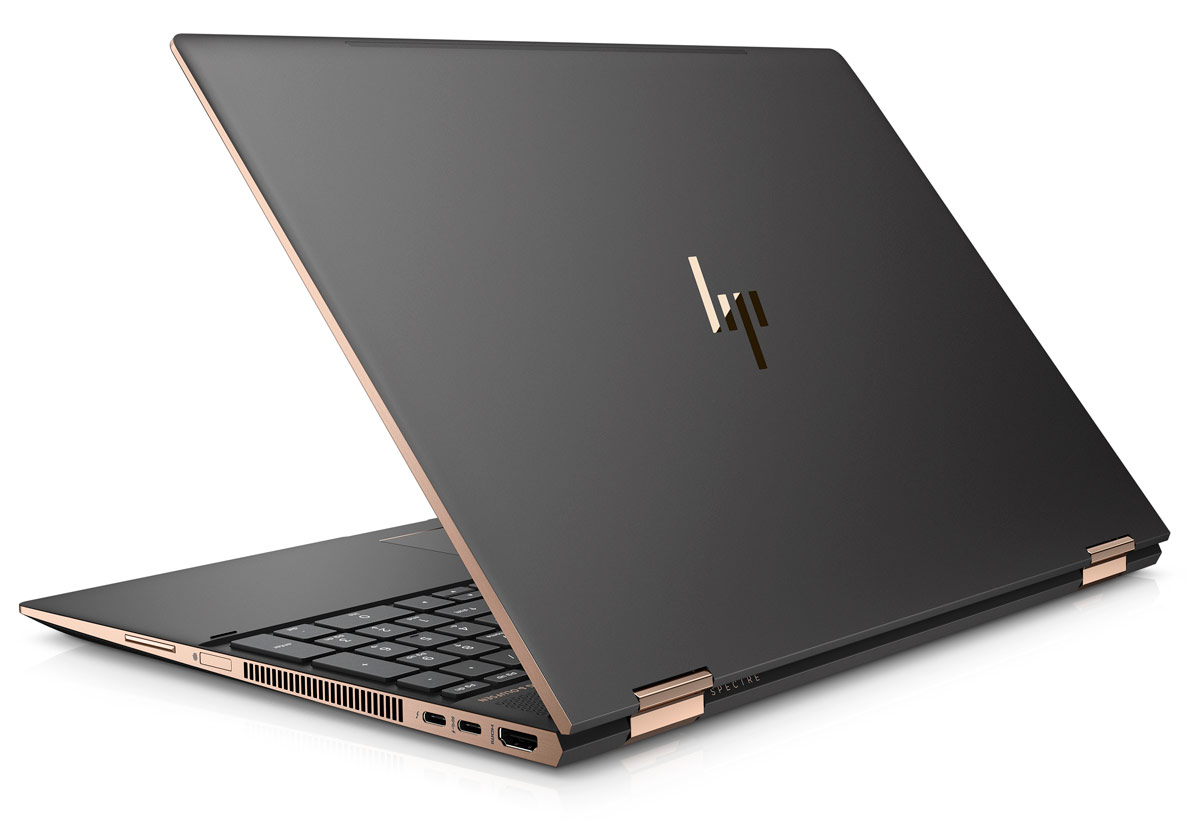 The HP Spectre x360 15 will be available starting March 18th from HP.com and Best Buy. 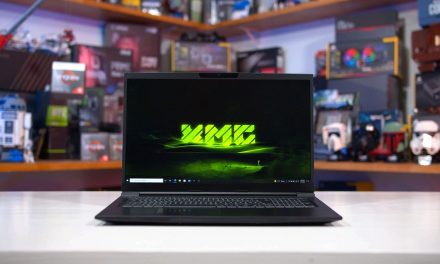