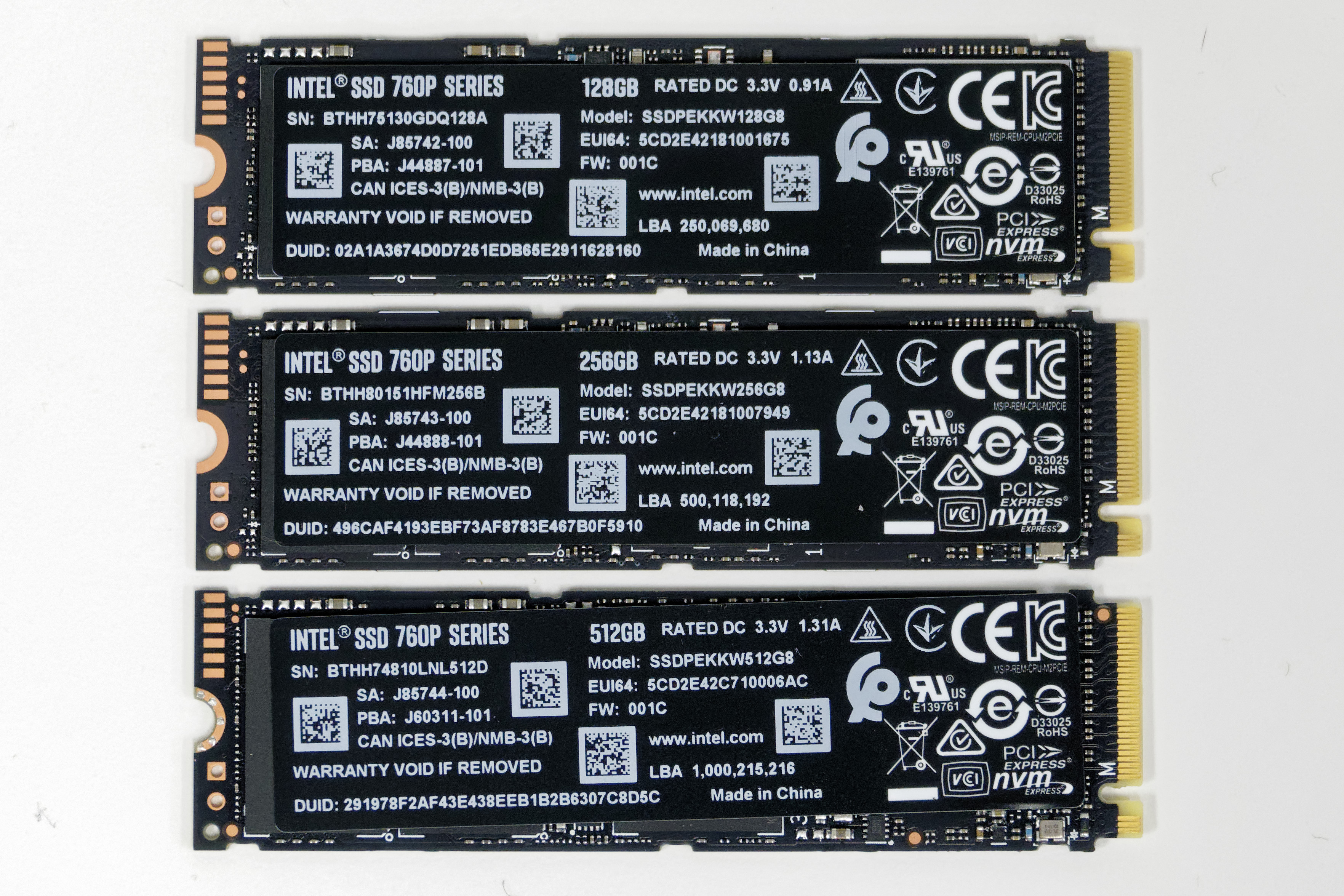 The front was uneventful, but the rear shows that a different PCB layout is used for the 512GB and higher models (2TB model will have packages installed at the rear). 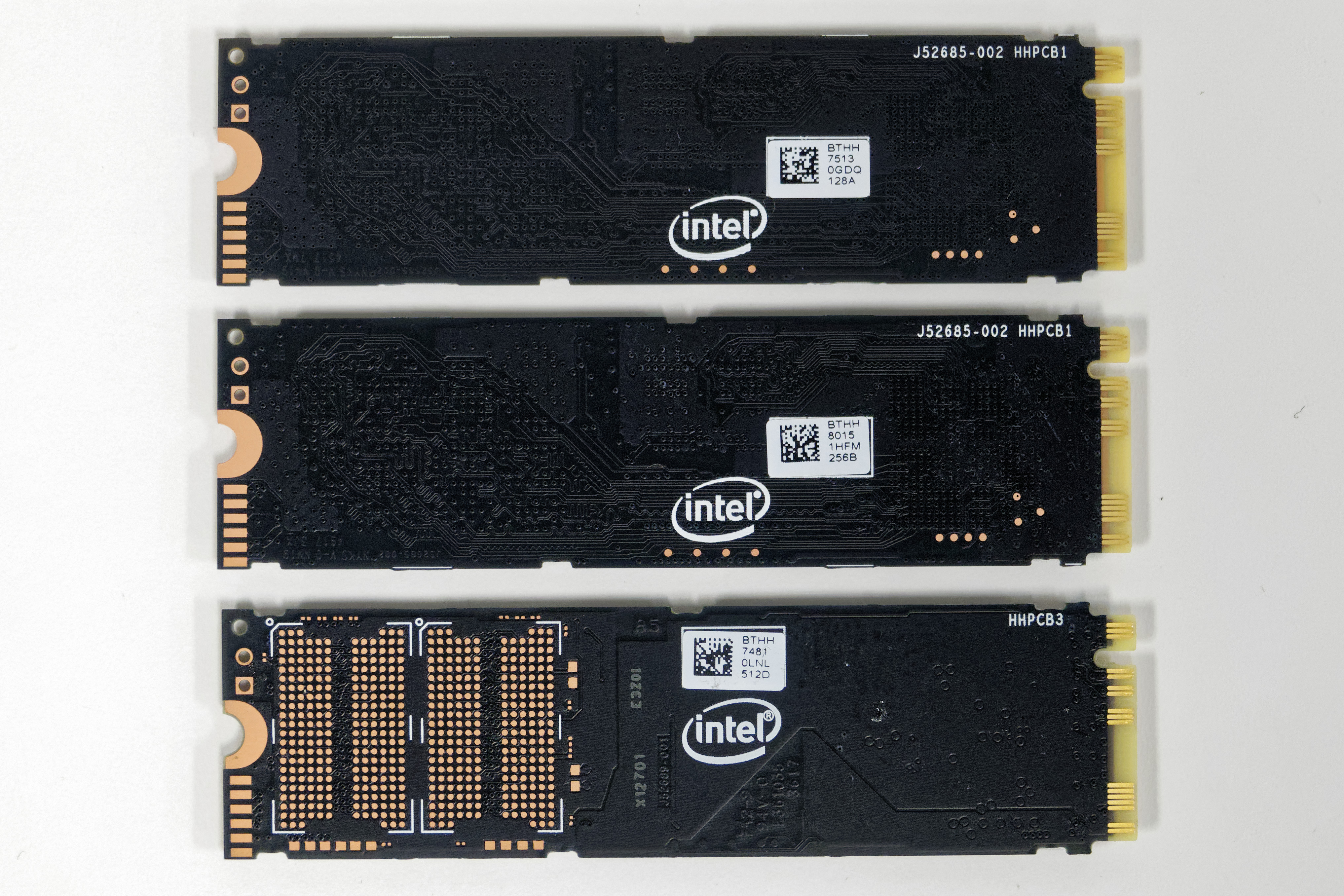 Being M.2 SSDs, there is not much to take apart, but I can peel back a label or two for us to take a peek: 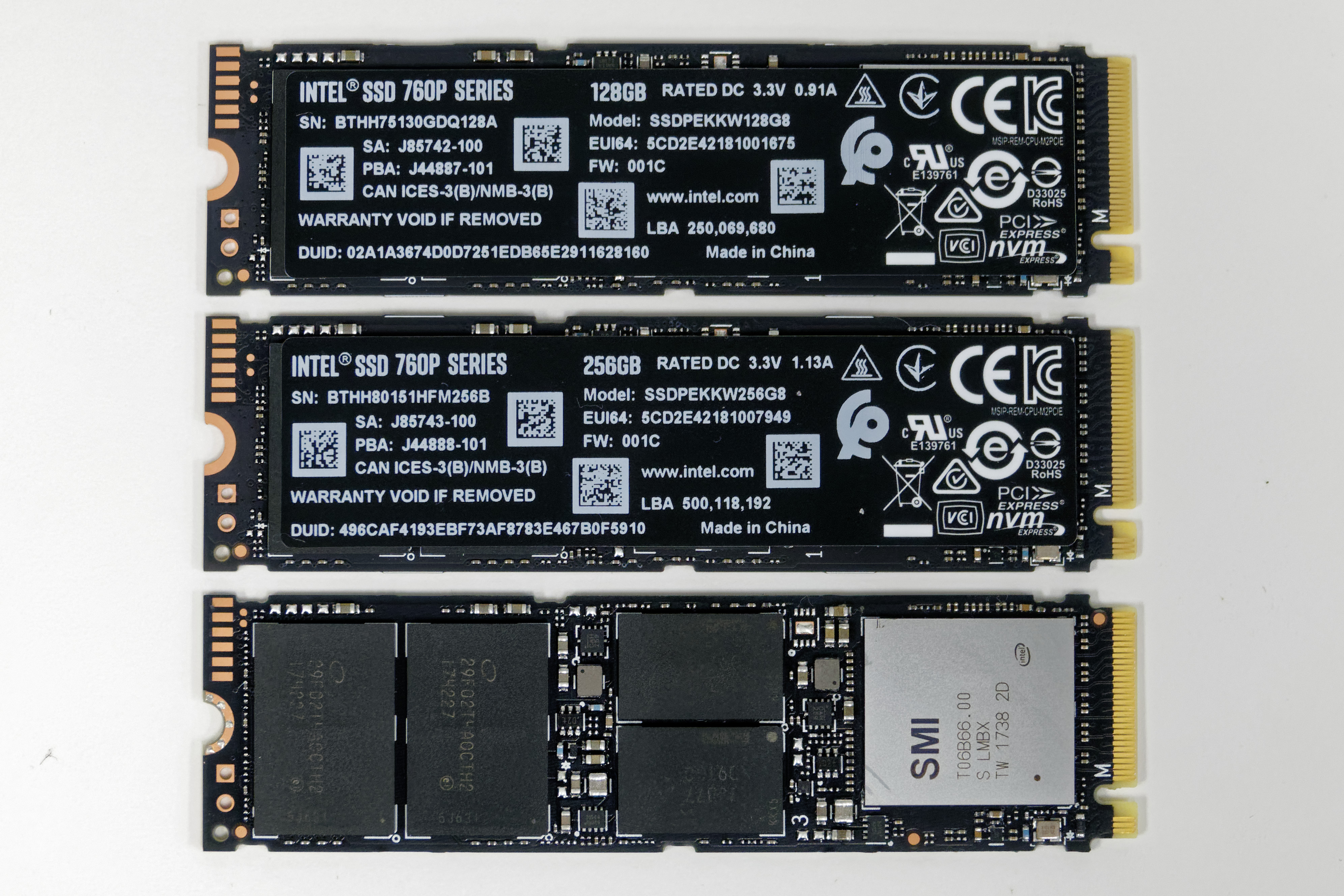 I only removed the label from the 512GB capacity as that one had completed testing at the time this photo was taken. I generally try to not disturb these labels as they contain a copper layer and disturbing the adhesive as originally applied may impact thermal performance.

To fill in some of the gaps not easily discernable from the above pictures, the 128GB model has a single NAND package installed, and the 128GB and 256GB both have a single package of DDR installed. The 512GB capacities, along with the different PCB design, actually push the NAND packages closer to the edge of the PCB to make room for the additional RAM / different RAM orientation.

The controller at play here is the Silicon Motion 2262 (datasheet). This is one of SMI's newer 8-channel PCIe 3.0 x4 NVMe controllers, and as they are known for, Intel has customized the firmware to meet their own stringent quality control and testing specifications. 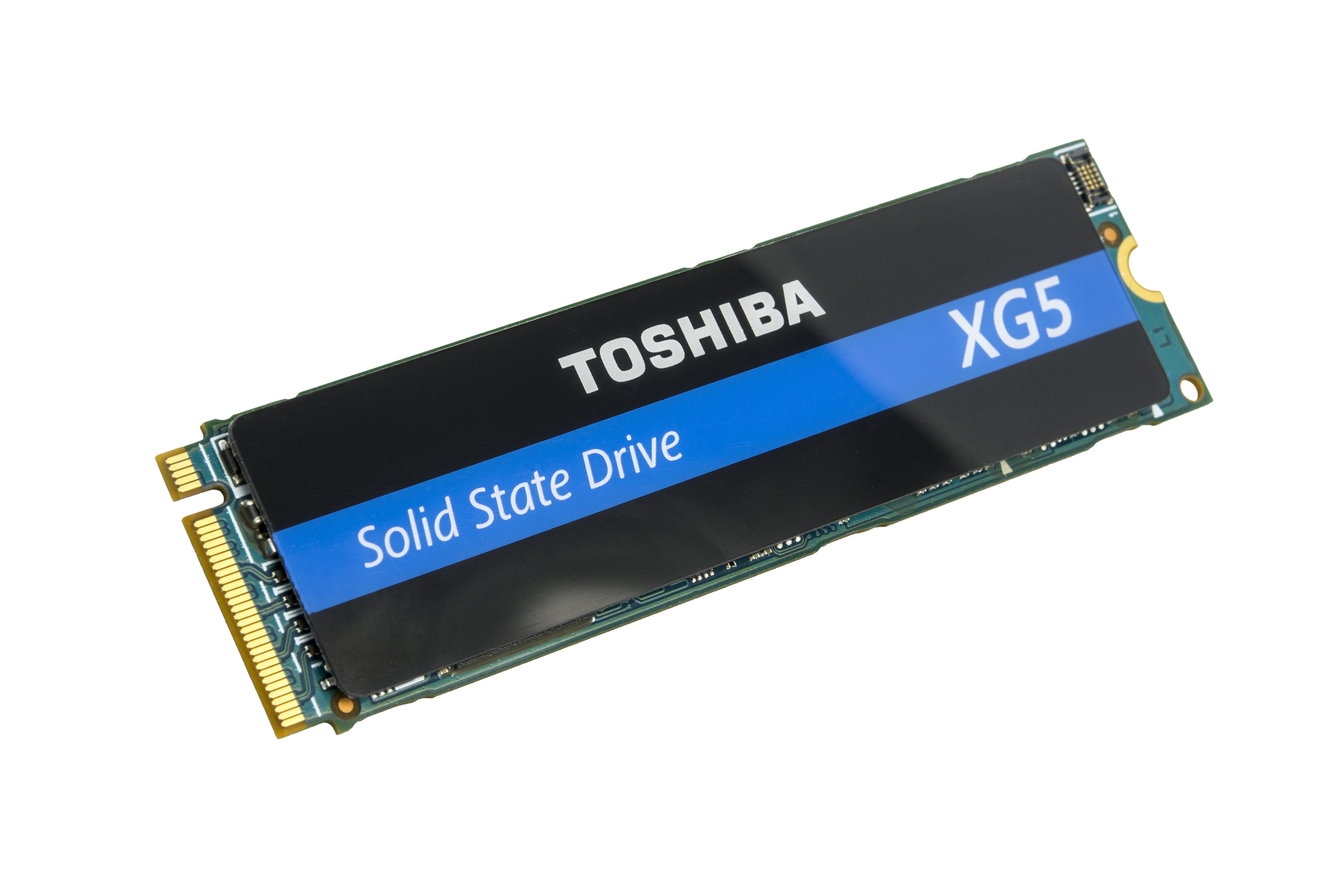