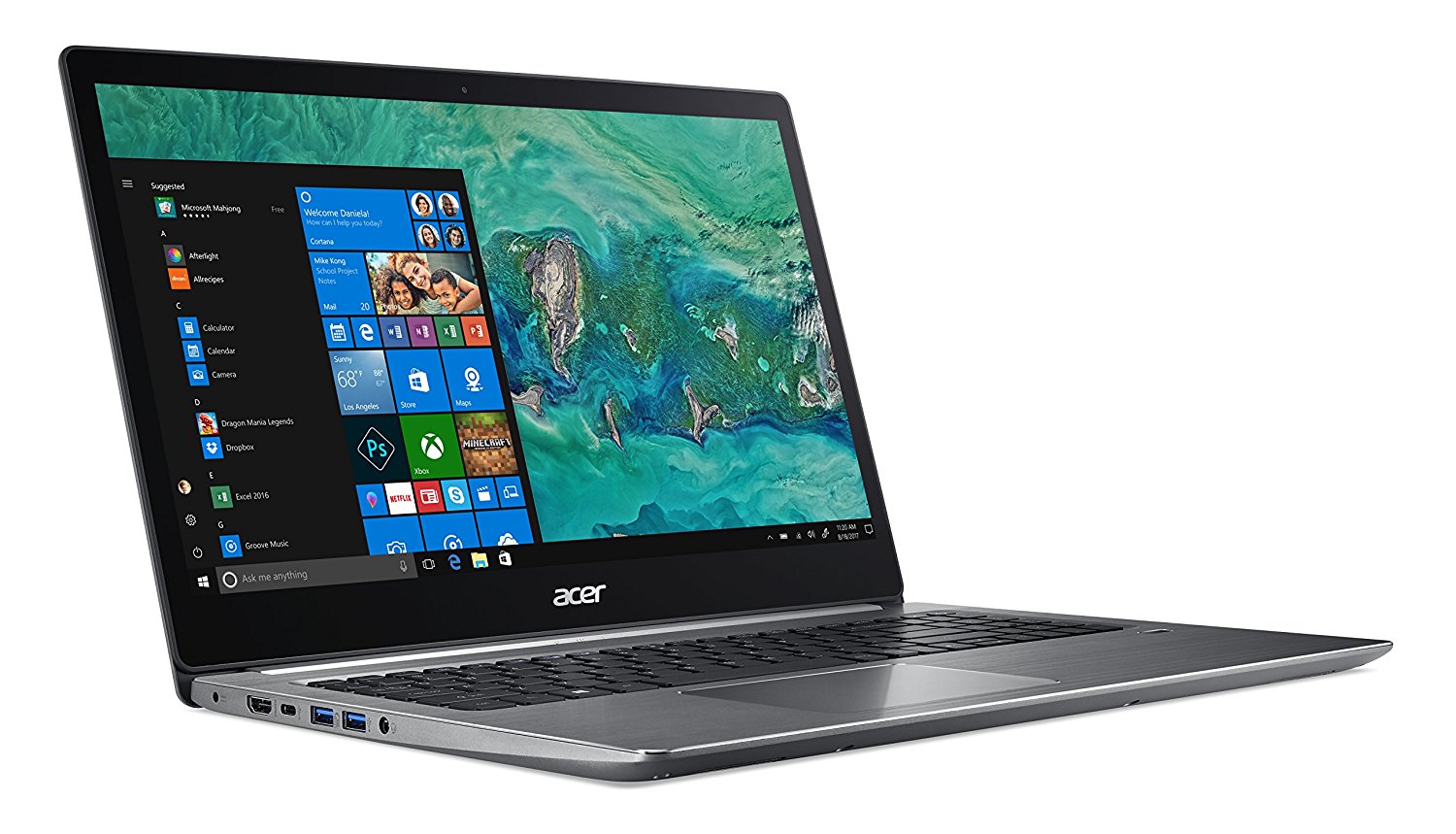 Last October, when AMD launched their mobile-oriented Ryzen Processor with Radeon Vega Graphics product line (Raven Ridge), they talked about several different notebooks that would be shipping with these new parts. However, up until now, there has only been one officially launched and shipping product—the HP Envy x360.

We have an article on the performance of the Ryzen 5 2500U and the HP Envy x360 coming very soon, but today Ryzen Mobile-enabled notebooks have become available to order from both Acer and Lenovo.

First, we'll take a look at Acer's offering, the Swift 3.

For anyone who might be familiar with Acer's current notebook offerings, the Ryzen Swift 3 will seem very similar. From the photos, it appears to be nearly identical to its 8th Generation Intel equipped counterpart. That's certainly not a negative though, as I have been impressed with the Intel variant during some recent testing.

As far as specs are concerned, Acer seems to be checking all of the boxes. RAM will ship in a dual-channel configuration (although we don't know at what speed it will be running, likely 2133 or 2400,) but will not be user replaceable according to questions answered by an Acer representative on their Amazon listing.

Additionally, Acer seems to be the only notebook maker set to ship the Ryzen 5 2700U variant. Not only does the 2700U give users increased clock speeds of 200MHz at base speeds on the CPU portion, but the GPU sees a significant bump. The 2700U gets an upgrade from Vega 8 graphics with 512 stream processors running at 1100MHz to Vega 10 graphics with 640 stream processors at 1300MHz. This should provide a nice performance boost for the extra $200 Acer is asking.

The Acer Swift 3 is set to start shipping on February 9th from Amazon.

Next up is Lenovo, with their Ideapad 720S.

The only 13" Ryzen Mobile option to be announced, the Lenovo Ideapad 720S also shares a lot of design DNA with Lenovo's Intel counterparts.

Disappointingly, the Lenovo Ideapad 720S will ship only in a single memory channel configuration. This will significantly affect the performance of the integrated graphics, as it is highly dependant on memory bandwidth. I wouldn't expect the memory to be user upgradable either; it's likely a single DIMMs worth of memory soldered onto the motherboard.

Curiously, although AMD listed a 2700U variant of the Ideapad 720S in their slides in October, those models have yet to be seen. However, we've seen this before from Lenovo where they start skipping a single SKU that is the most popular configuration and then filling out the rest of the options shortly after.

The Lenovo Ideapad 720S is available to order now directly from Lenovo, with an estimated shipping date or 5-7 business days.

At a price premium above the Acer Swift 3, the Ideapad 720S seems like a hard sell with lack of dual channel memory. However, for users who may be set on a 13" screen size, it appears it will be the only option.

Overall, I am excited to see more AMD-powered options in the thin-and-light notebook category, and I look forward to getting our hands on some of these new models soon!