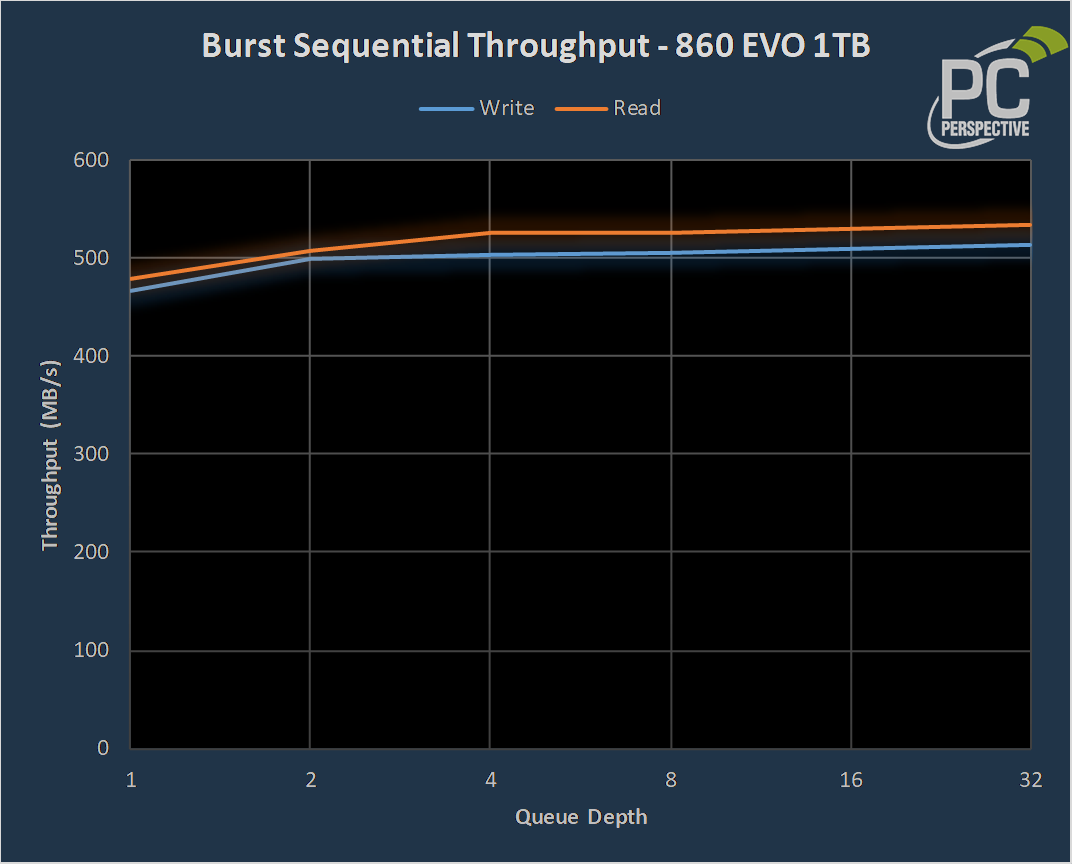 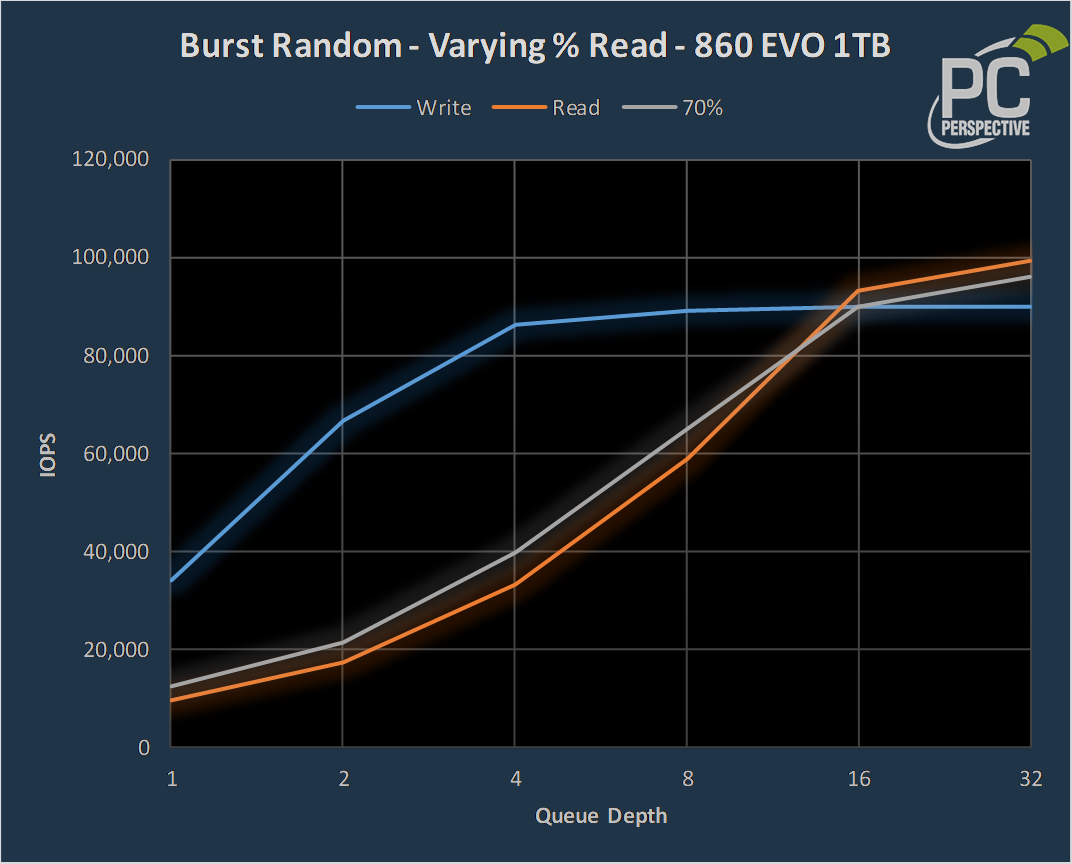 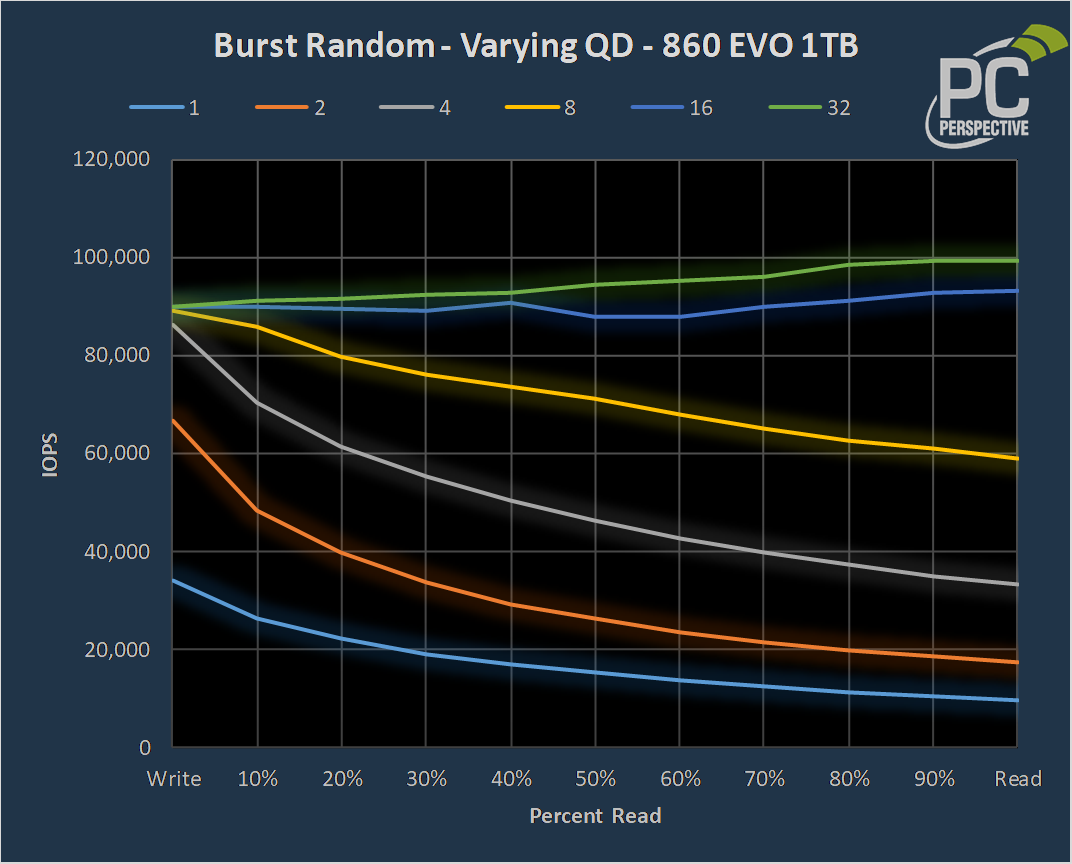 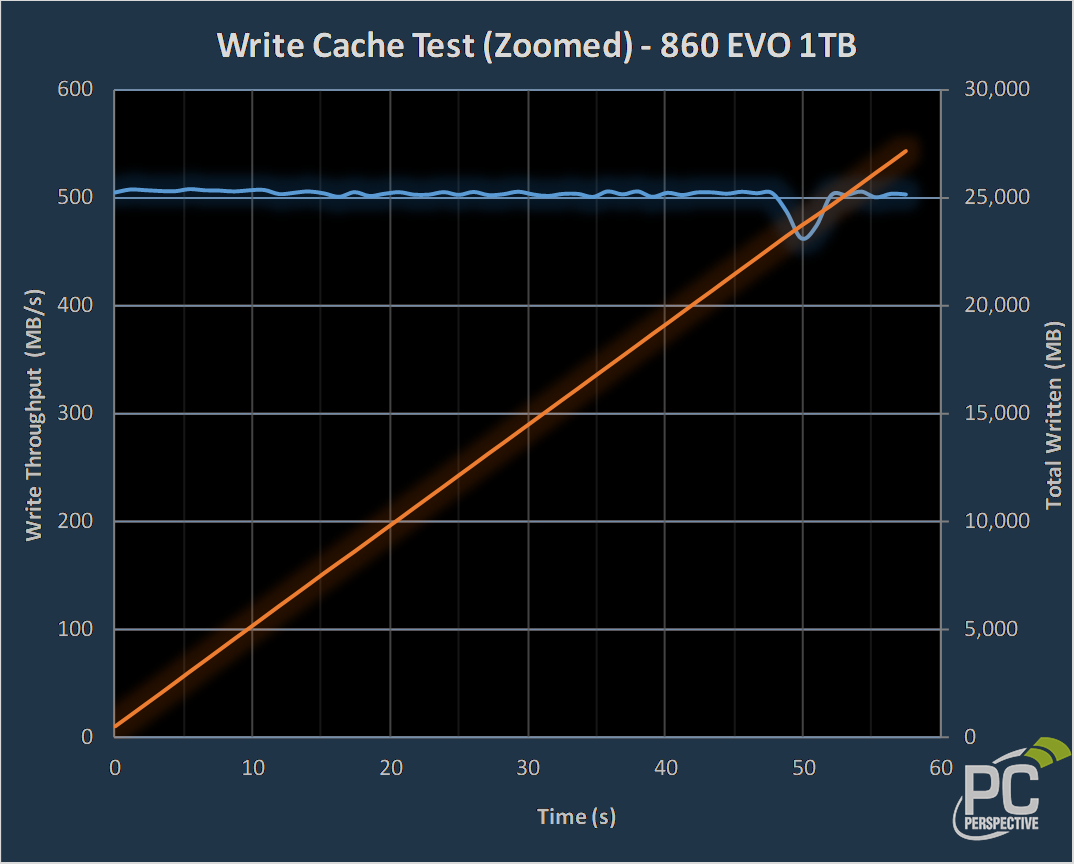 Since our 860 EVO came in the form of a 1TB sample, and we know from previous testing that Samsung's V-NAND can saturate SATA with only a 500GB capacity, it comes as no surprise that there was zero performance falloff even after >25GB was written to the SSD. 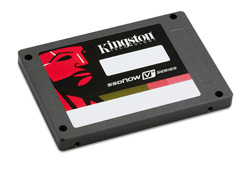