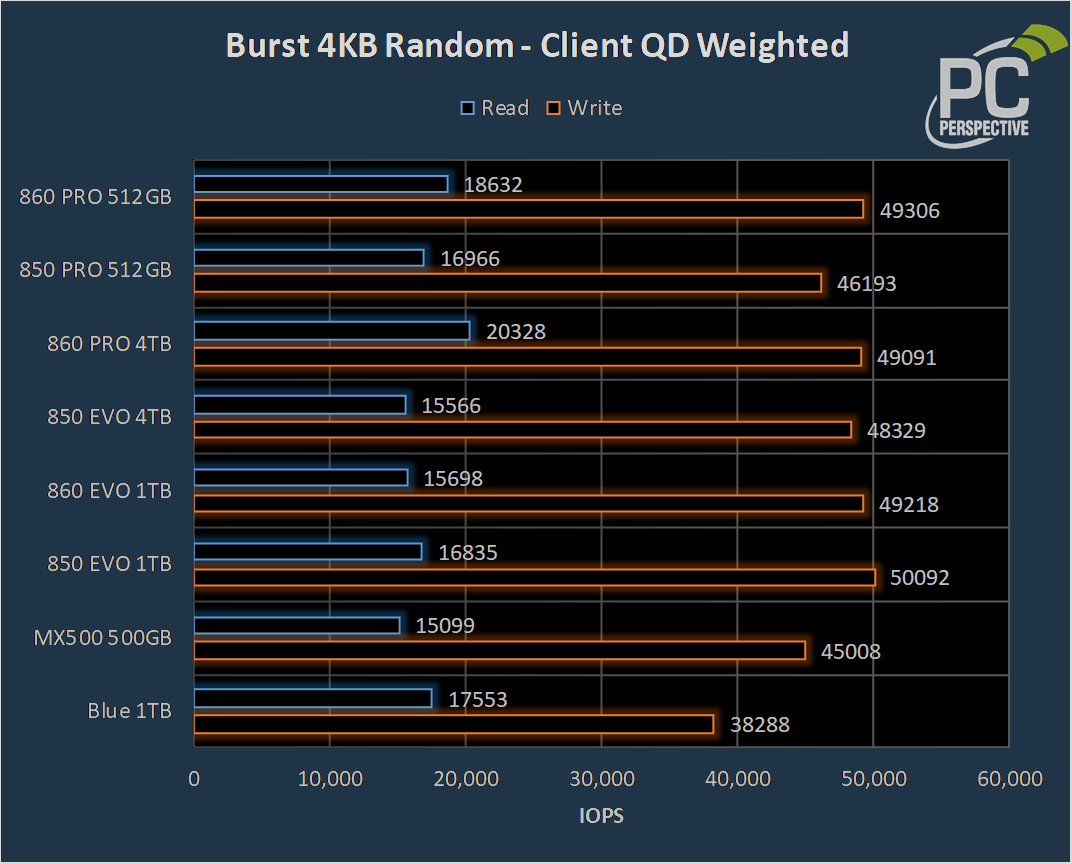 The focus here should be on the burst read (blue bars) performance, as that translates directly to how random reads will actually 'feel' when using the system. Scores are overall great here across the board, with the 860's seeing an incremental improvement over their predecessors. The highest low-QD read IOPS came from the 4TB PRO model – that >20k value nearly surpasses some NVMe products (not listed on this chart)! 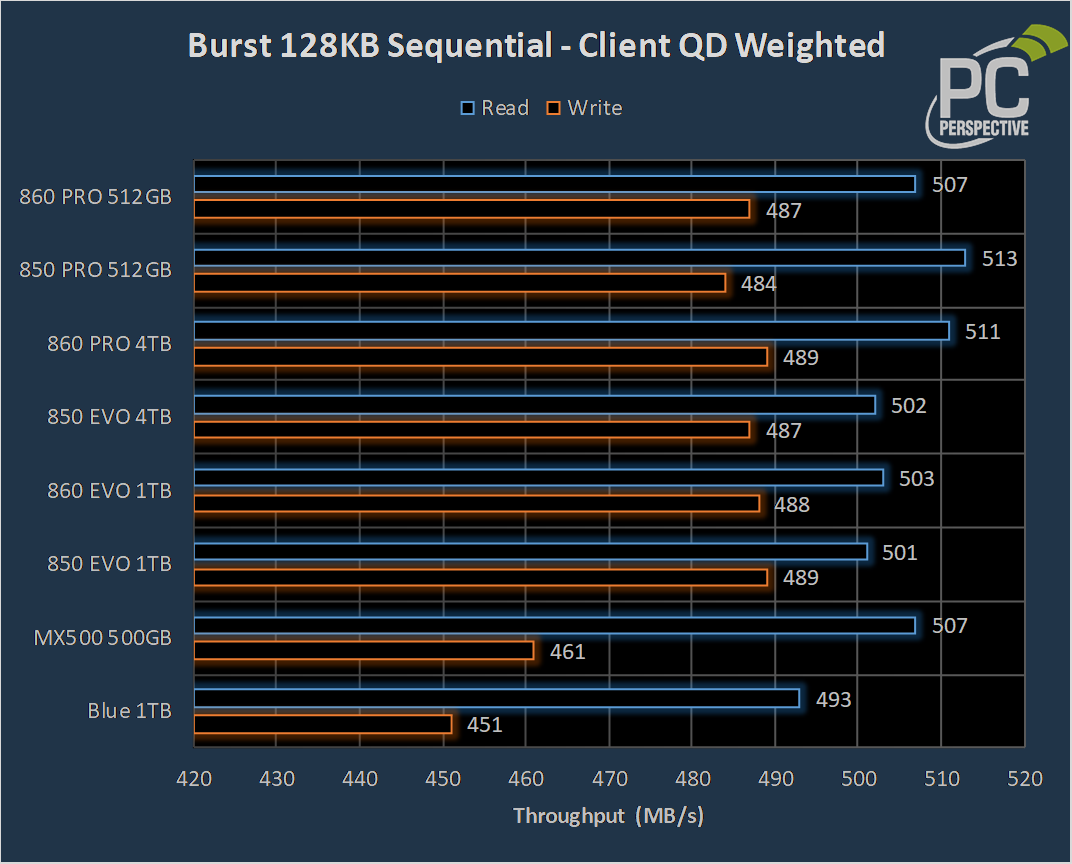 SATA SSDs generally just saturate the interface and call it a day. That said, there is still some variance. We see a boost to PRO models in reads, while the SLC caches of the EVO models maintain competitive writes. 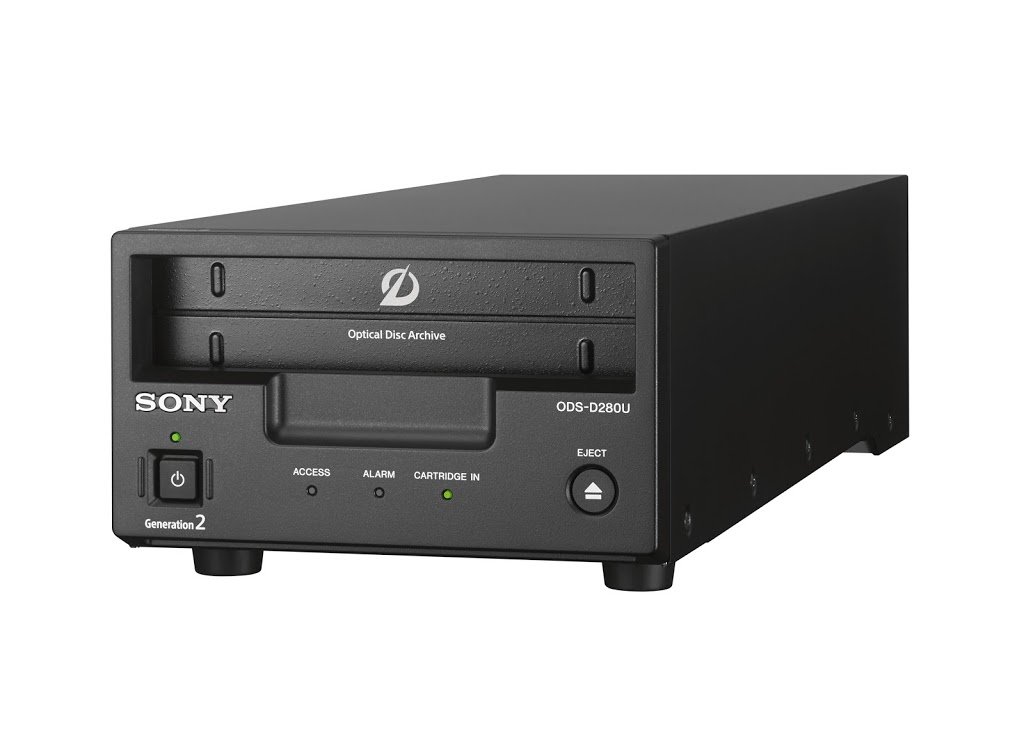 More test results of the new Samsung 960 Pro, if your brain still has the free space to store it