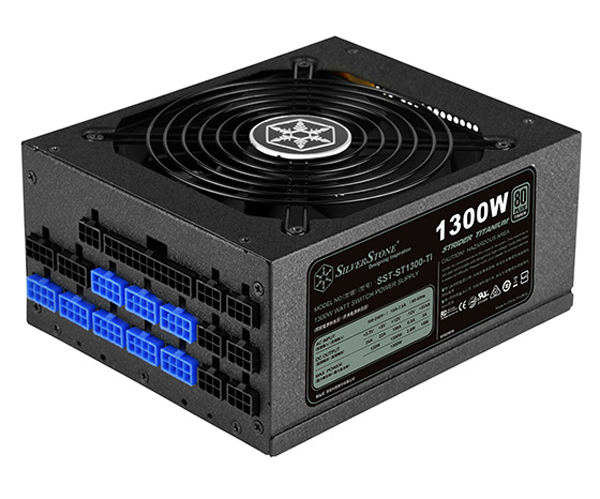 Establishing an accurate load is critical to testing and evaluating a PC power supply.  PCPerspective’s power supply test bench can place a precise DC load on the PSU under test.  Each power supply is tested under controlled, demanding conditions up to its maximum rated load (at 40ºC). Our current suite of tests includes:

The SilverStone Titanium ST1300-TI power supply was evaluated on both features and performance.  A full range of equipment was used to test the power supply under controlled load conditions.

To simulate demanding and maximum loading conditions, the ST1300-TI power supply was connected to the load testers and supplied with a constant 120 VAC.  In this test we are interested in seeing how well a PSU can maintain the various output voltages while operating under different loads.

The ATX12V V2.2 tolerance for voltages states how much each output (rail) is allowed to fluctuate and has tighter tolerances now for the +12V outputs.  We have included a second table of expanded tolerances (±1% to ±6%) for reference.

The following tables list the DC voltage results for the SilverStone Titanium Series 1300W PSU while operating on 120 VAC, 60 Hz.

The power supply produced very good voltage regulation on all of the DC outputs with the three main rails staying within ±2% of the recommended ATX guidelines; well within SilverStone’s claimed ±3%.

The amount of AC ripple and noise present on the DC outputs was checked using a digital oscilloscope.  This AC component may be present in the KHz range where most switching power supplies operate or it may be more prevalent at the 60 Hz line frequency.  We adjust the O-scope time base to look for AC ripple at both low and high frequencies.  The ATX12V V2.2 specification for DC output noise/ripple is defined in the ATX12V Power Supply Design Guide.

On the surface the results of the AC ripple and noise tests all look pretty good, but at certain load combinations we saw some erratic behavior, specifically on the 12V output.  At various loads the AC ripple would jump up and then come back down again as the load was increased. This seems to be a characteristic of some new high efficiency designs as we have seen this before while testing other high efficiency power supplies, but not to this extent. At one point as we were adjusting the loads from 75% up to 100%, the AC ripple shot up to 182 mV p-p at about 85% load. This was a huge jump and far exceeds the recommended guidelines. And it is a constant AC component riding on the DC output, not just a transient blip. However increasing the load a little more (2~3%) caused the AC ripple to drop back down and get under control again. It’s like the power supply circuit resonates at particular loads. We have notified SilverStone about this and they are looking into the issue. Part of the problem is unless you are specifically looking for it you may not see it. It was by chance we caught that one load combination but we have also been able to retest and reproduce the problem.

Overall, the ST1300-TI exhibited good AC ripple and noise suppression when measured at the standard 10%-20%-50%-75%-100% load points, but we can’t ignore the erratic behavior. Excess AC ripple and noise on a PSU’s DC outputs can stress your PCs components and potentially shorten its life. 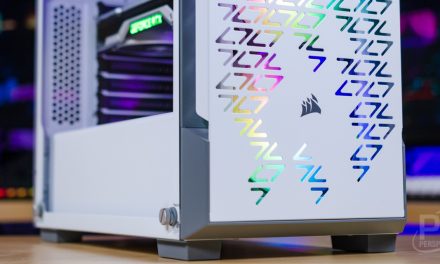