First up, the data that is probably most interesting and compelling for the new AMD processor, we’ll look at the integrated graphics performance of the 2400G and 2200G. With the Vega graphics system and upgraded GCN architecture, in addition to higher stream processor and GPU clock count than any previous APU, we have expectations of decent performance for 720p and 1080p gaming.

*Update (2/19)* While this testing was performed at DDR4-2400 only due to time constraints for the initial review, we have now also taken a look at the performance of up to DDR4-3200 memory speeds with the R5 2400G 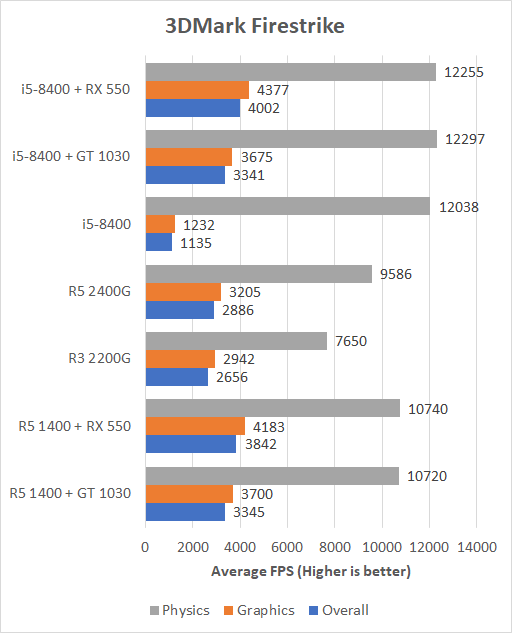 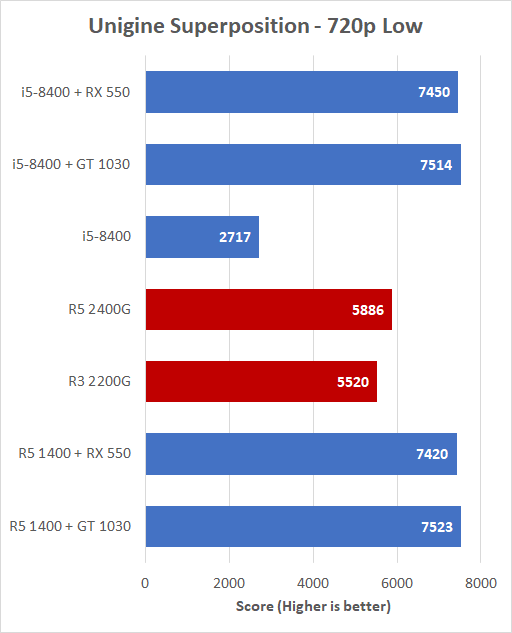 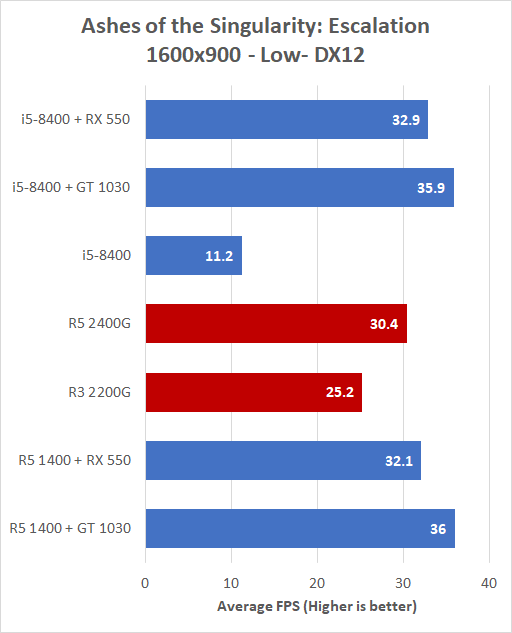 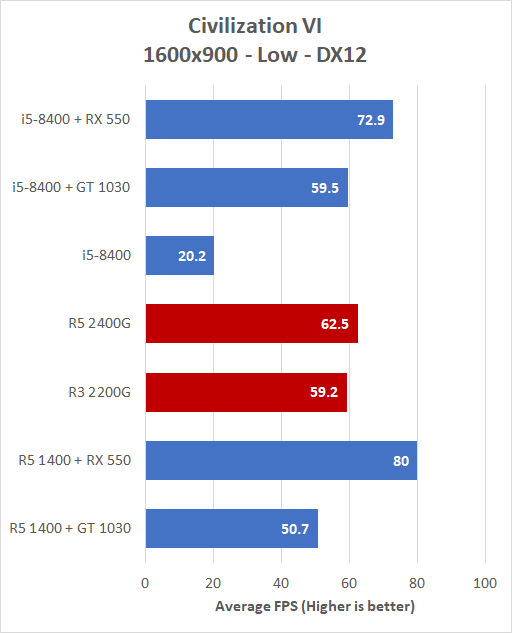 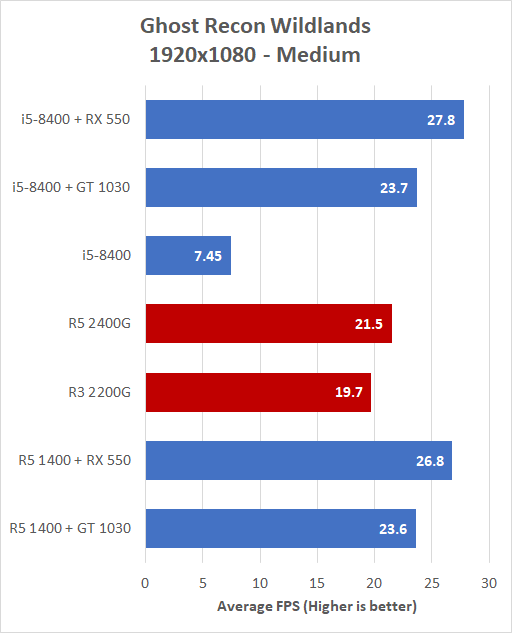 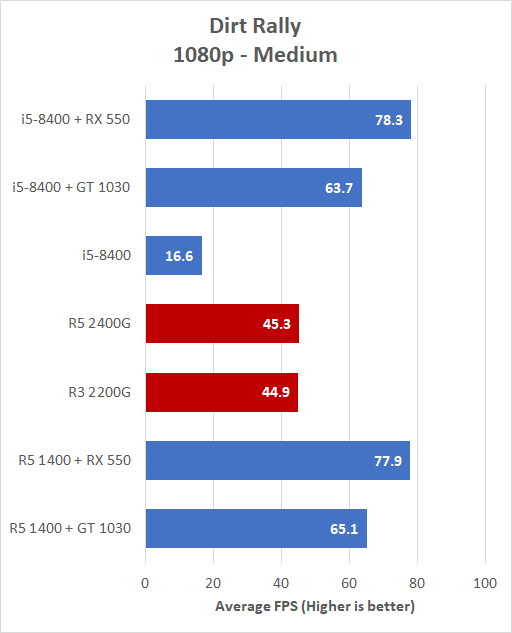 Compared to the HD 630 Graphics in a processor like the Core i5-8400, the graphics system in the new Ryzen APUs is world's faster. In most of our tests, including Civ6, Ashes, and Wildlands, the AMD Vega-based integrated graphics is 2-3x faster than what the Intel HD Graphics 630 can provide. That's not 20-30% mind you, 200-300%! AMD is clearly still the king of processor graphics!

Looking at how the Ryzen 5 2400G compares to the GT 1030 and RX 550, it’s clear this is a much more interesting fight. However, the results show that AMD can offer discrete-level graphics performance on a desktop processor that are slightly behind that of of the tested parts. That is a  constantly moving target, as the discrete market changes, but the Raven Ridge APU is an impressive piece of hardware.