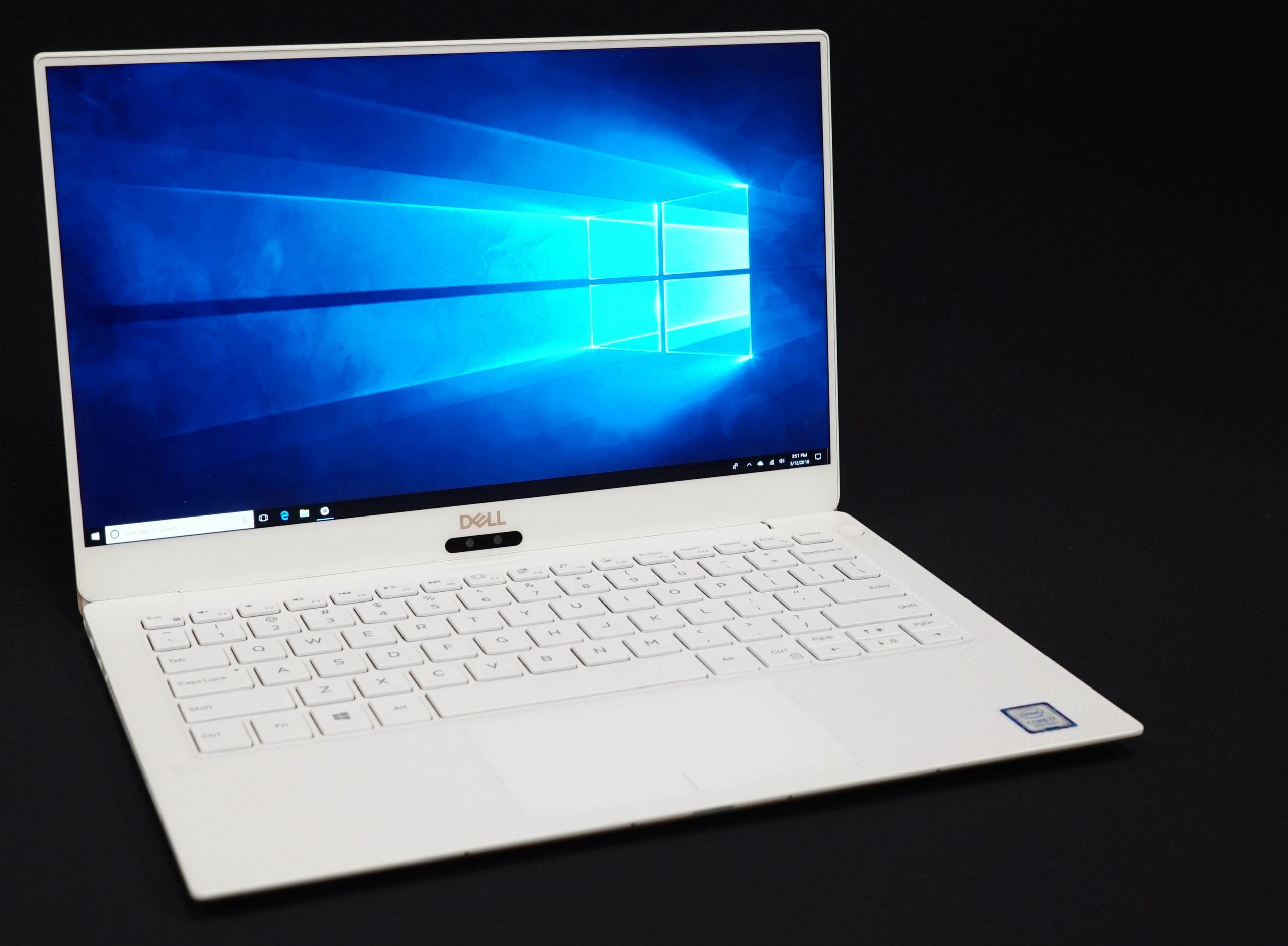 Can Dell take the XPS 13 to the next level?

Since it's introduction in early 2015, the modern iteration of the Dell XPS 13 has been one of the most influential computers in recent history. An example of the rise of desirable Windows-based notebooks back into the premium market, the XPS 13 has done what only a few OEMs have been able to—inspire knockoffs. Now, the market is filled with similar designs including ultrathin bezels (and some even copying the compromises of webcam placement), at similar price points.

Even though it's been regarded as one of the best PC notebooks for its entire tenure, it was clear for a while that Dell must move the brand of their flagship notebook forward, and here it is, the redesigned XPS 13 9370 for 2018.

From a quick glance, the 2018 XPS 13 is quite similar to the outgoing 9360 model from last year. Apart from this new, radical Alpine White and Rose Gold color scheme of our particular review unit, you would be hard-pressed to spot it as unique in public. However, once you start to dig in, the changes become quite evident.

While the new XPS 13 maintains the same physical footprint as the previous iterations, it loses a significant amount of thickness. Still retaining the wedge shape, although much less exaggerated now, the XPS 13 9370 measures only 0.46" at its thickest point, compared to 0.6" on the previous design. While tenths of inches may not seem like a huge difference, this amounts to a 23% reduction in thickness, which is noticeable for a highly portable item like a notebook.

This new-found thinness is enabled in part by one of the more controversial aspects of the new XPS 13, the move to all USB-C ports. On the left-hand side of the XPS 13, you'll find 2 Thunderbolt-3 enabled ports, as well as a physical battery life indicator.

On the opposing side is one more Type-C port, this time USB 3.1 Gen 1 port and a micro SD card reader.

While the moving to exclusively USB-C ports may be off-putting to some consumers, I think Dell has handled it in an intelligent way.Dell includes a simple USB-C to USB-A dongle in the box with all XPS 13 notebooks. They started this trend on the XPS 13 2-in-1 and I think it is a very consumer friendly practice, that every notebook manufacturer should take note of.

All of the USB-C ports on the XPS 13 can be used for charging, providing a lot of flexibility for different environments instead of straining the cable to plug it into the opposite side of the notebook than your wall plug is on.

Additionally, Dell has finally moved to a x4 interface for the Thunderbolt 3 ports on the new XPS 13, something which the community of external GPU users will be thrilled to hear.

As far as the hardware specifications of the XPS 13 9370, little has changed from the 9360, which was available with 8th generation processors towards the end of its life. Potential purchasers will still find CPU options up to the i7-8550U, up to 16GB of RAM, NVME SSDs, and the same option of a 1080p  non-touch or 4K touch-screen display. 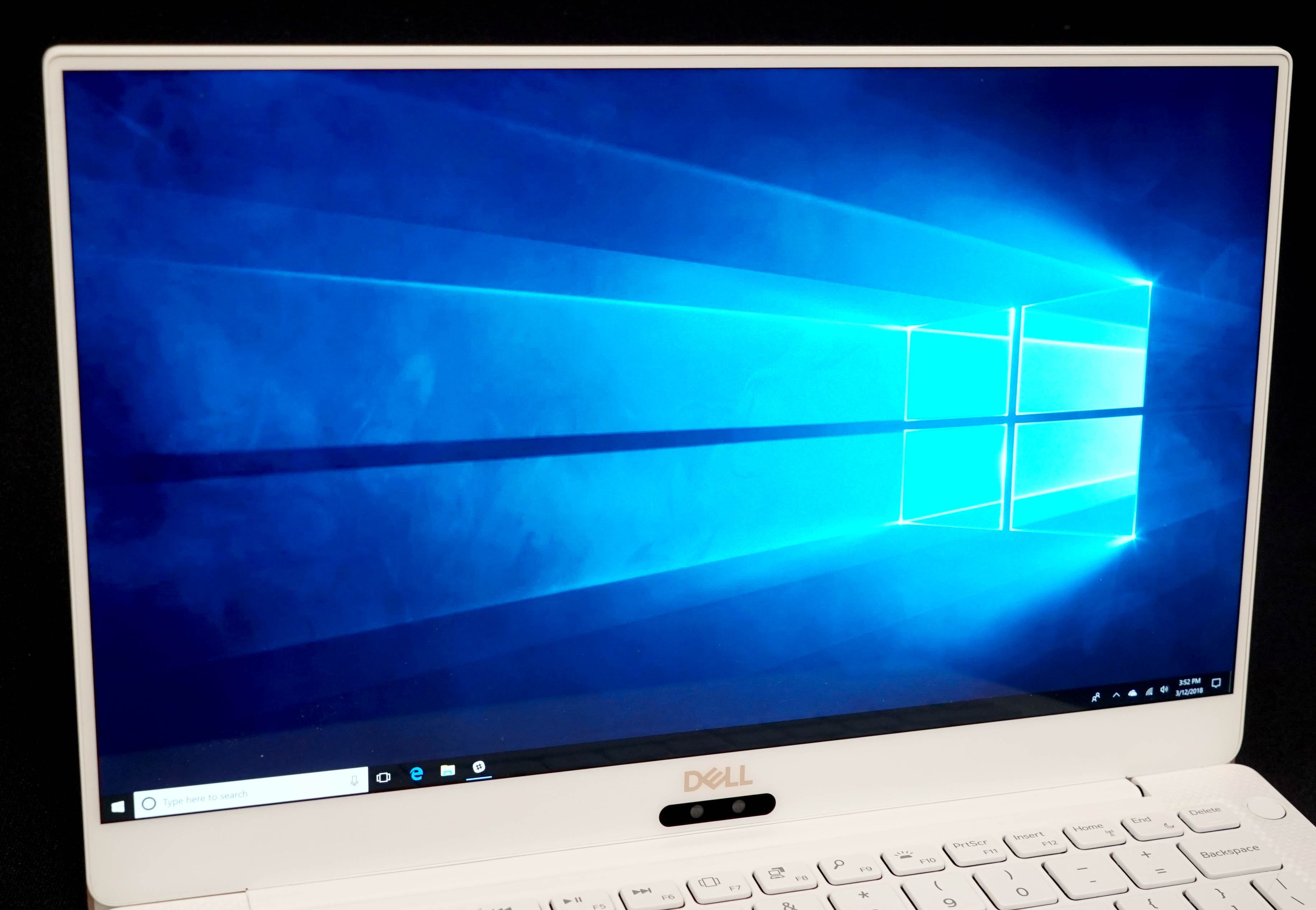 The InfinityEdge display has always been the standout feature of the XPS 13, and that doesn't change with the 9370 model. The 3840x2160 4K touchscreen display looks great and conforms to 100% sRGB color gamut. 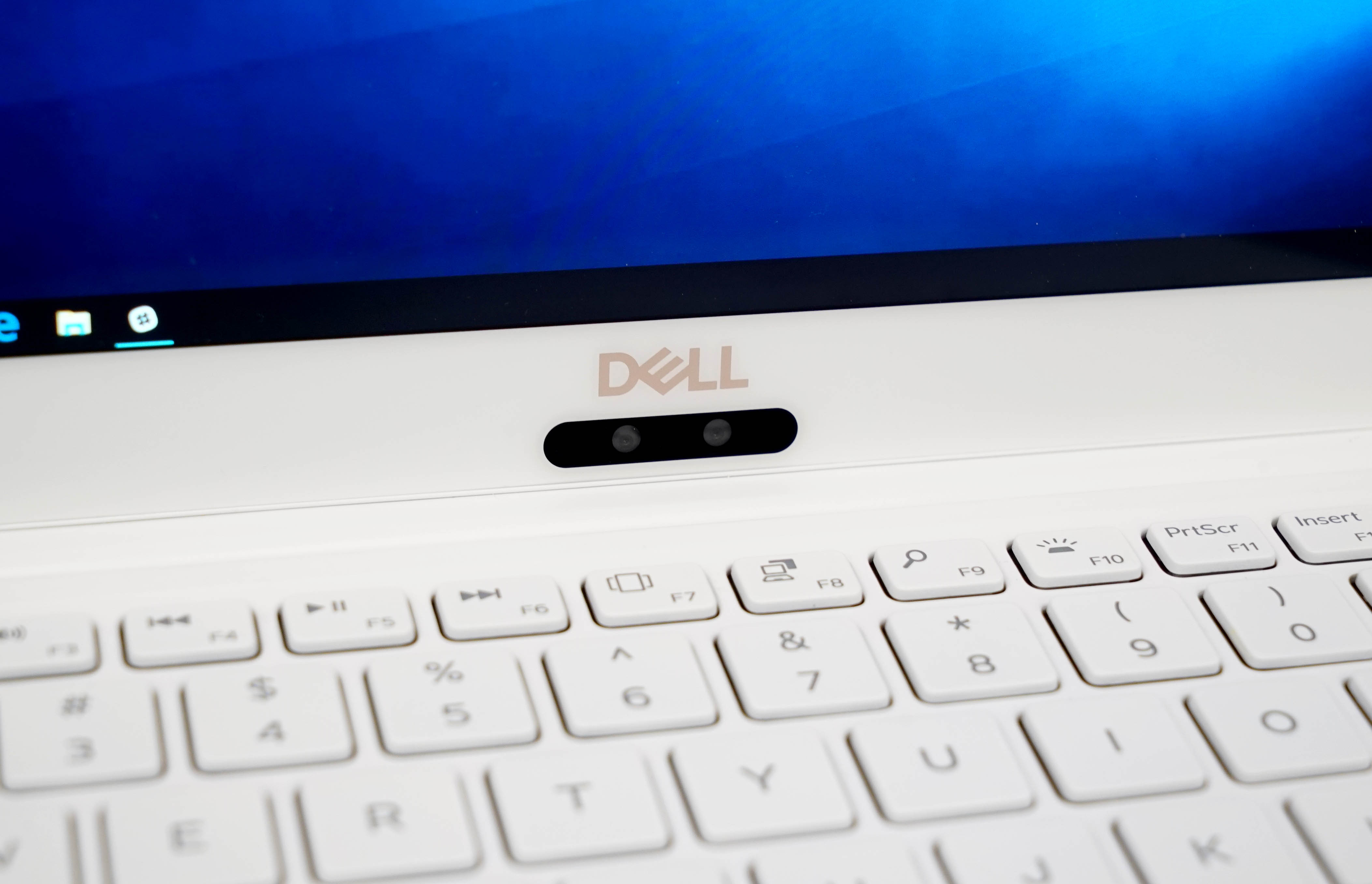 Underneath the display, however, is a new addition. Taking inspiration from the XPS 13 2-in-1 introduced last year, the mainline XPS 13 now features a Window Hello-enabled IR camera in the center of the bottom bezel, instead of the lower left-hand corner.

Windows Hello works great with the webcam in this placement, and in my eyes redeems including a webcam on the XPS 13. With the previous models, I was convinced that they should just leave the webcam off, but Window Hello gives it a reason to exist. 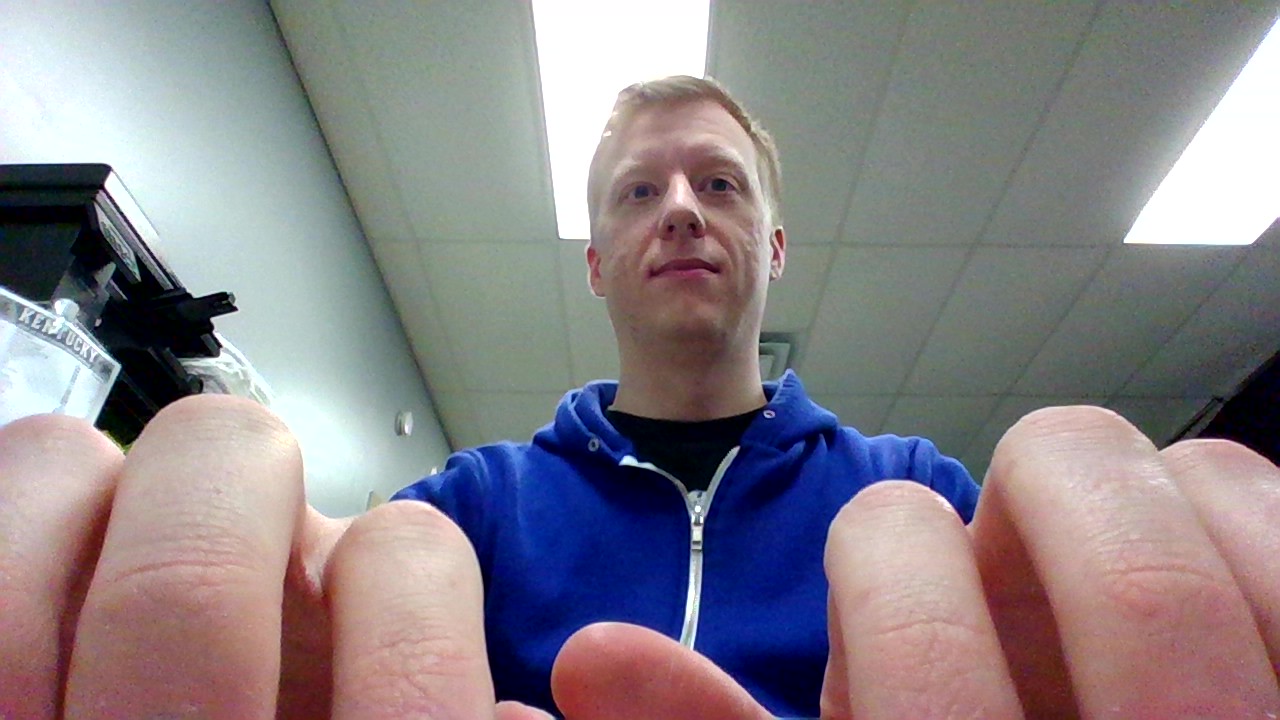 For video conferencing, the webcam remains as useless as ever. Moving the webcam to the center doesn't help the "looking up your nose" aspect that the XPS 13 has become notorious for. If you're attempting to type while using the webcam, all the person on the other end of the call will see is your fingers furiously typing away. 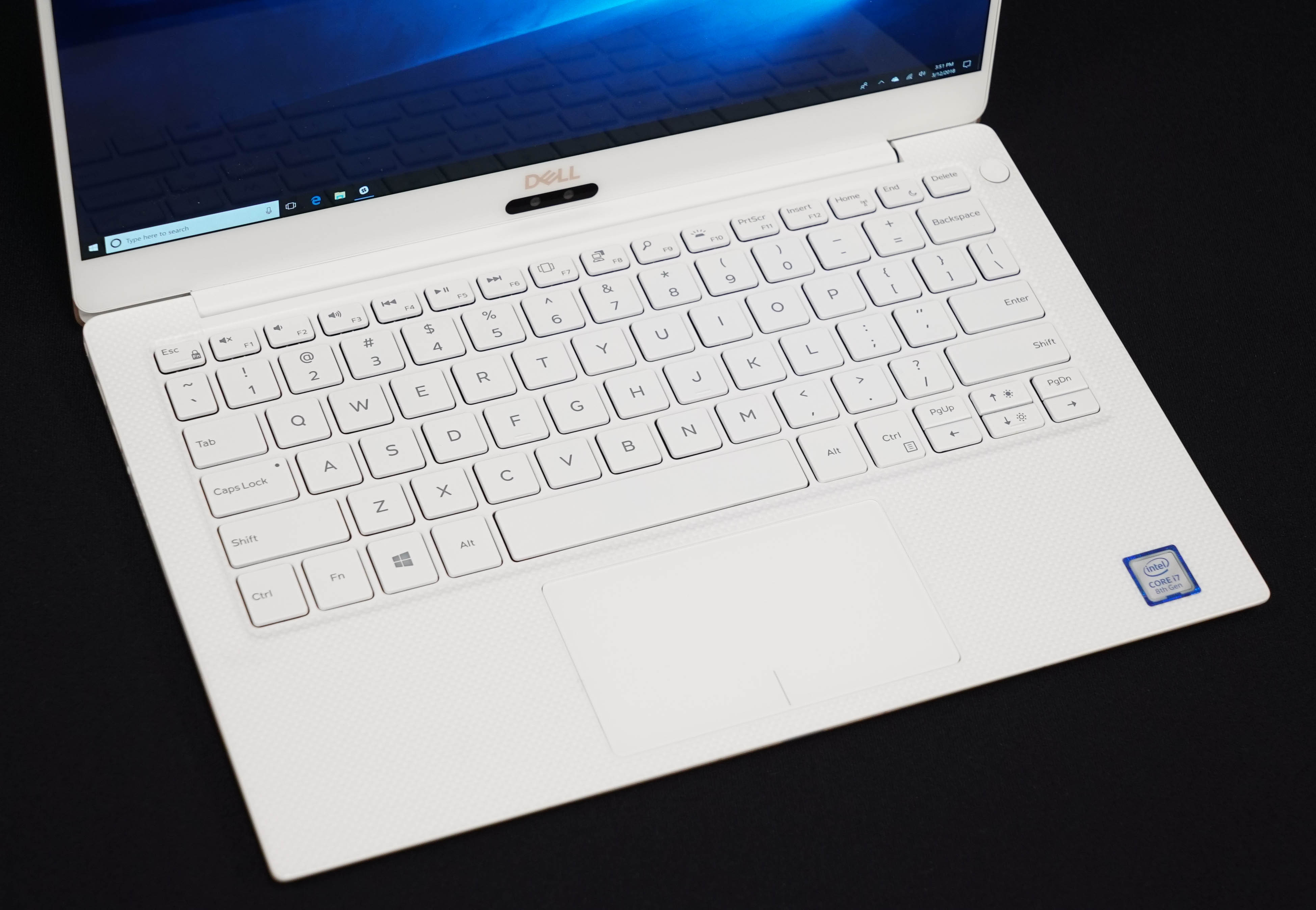 The keyboard and mouse have always been strong points for the XPS 13 lineup, and they remain mostly unchanged here. The keyboard maintains a surprising amount of key travel considering the thickness reduction, and the trackpad has a satisfying click. Little seems to have changed here from the previous XPS 13 generation.

The palm rest of this new Alpine White XPS 13, however, sees some impressive changes. Gone are the soft touch plastic palm rests with a faux carbon fiber finish from the previous XPS 13 iterations. 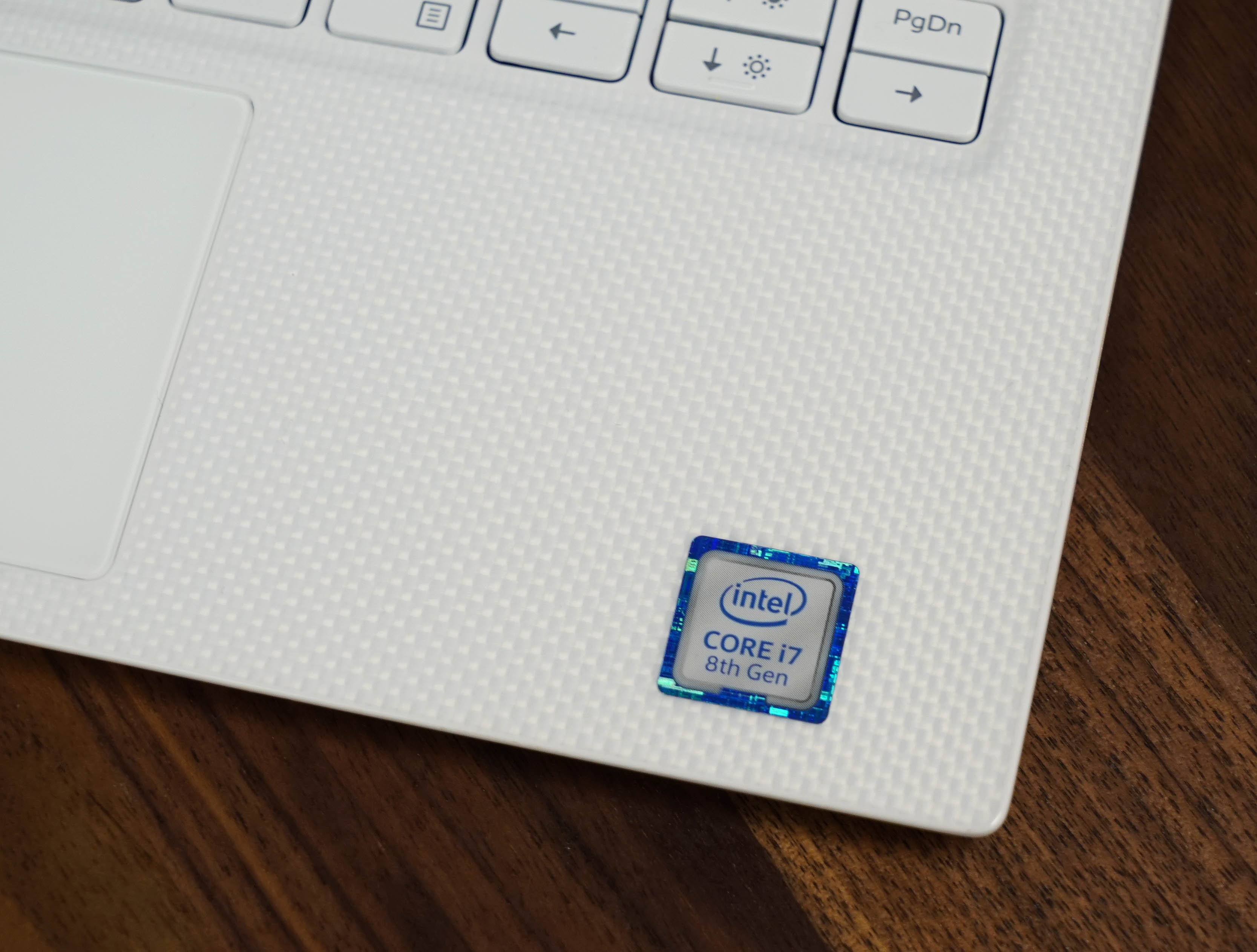 Now, the XPS 13 features wrist wrests actually constructed from a woven glass fiber, which provides a matte texture compared. Dell says this new technology helps them to develop a white notebook that is resistant to yellowing from body oils and UV light. While it remains to be seen if these claims are valid, I do like the physical texture of these new palm rests, and I think they contribute to helping the XPS 13 9370 feel more premium than the previous 9360 model.

Additionally, the interior of the new XPS 13 sees some advancements in material technology. Dell partnered with GORE (yes, the company responsible for the GORE-TEX material you might find your winter coat) to integrate a new thermal material which they say provides thermal conductivity levels lower than air to help keep the notebook as cool as possible. 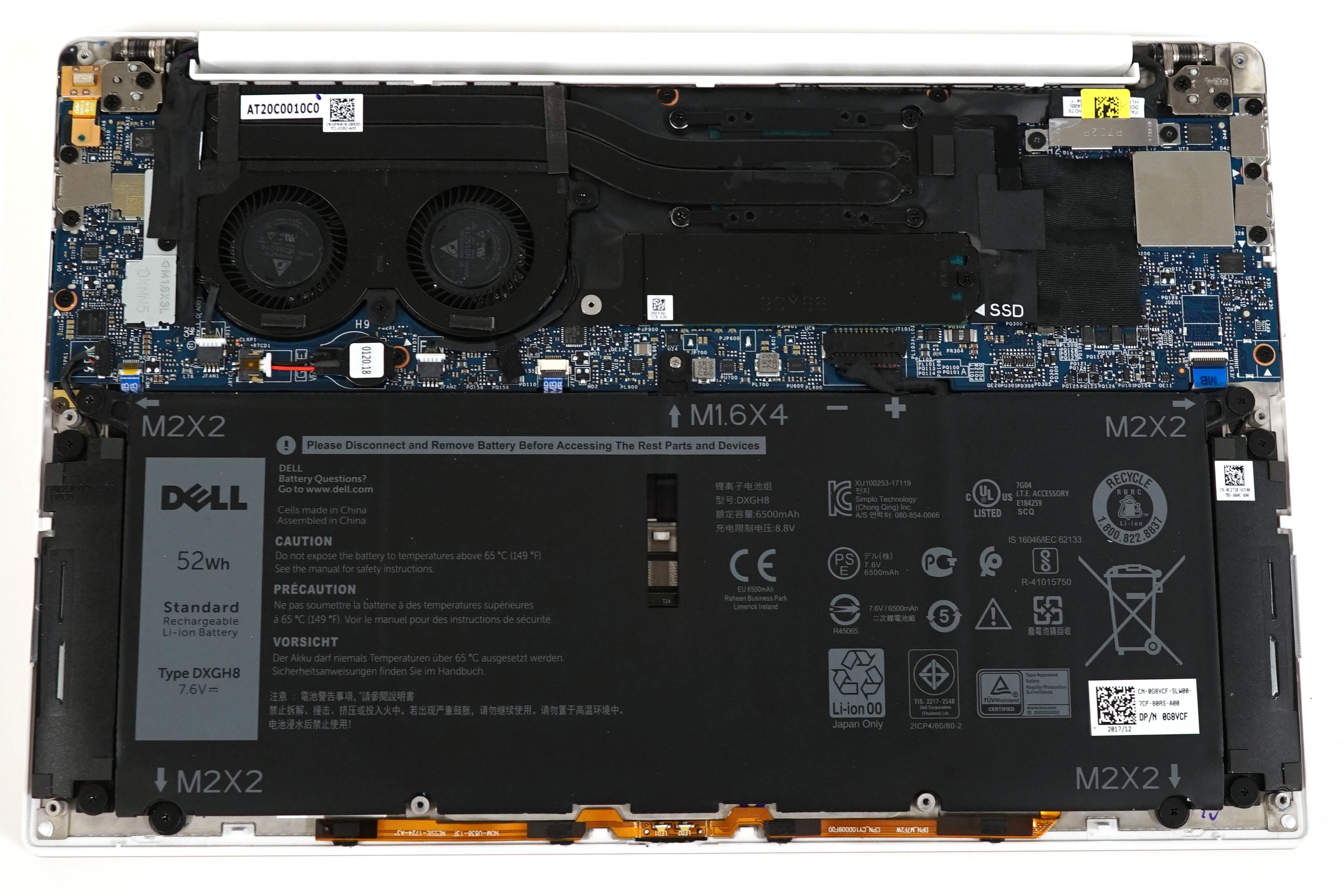 As far as upgradability is concerned, not much has changed here from the previous XPS 13 design. While the RAM is soldered to the motherboard and nonupgradable, the SSD uses a standard M.2 connector and is removable, meaning you should be able to replace the storage on your own down the road.

Editor's Note: the previous version of this review incorrectly listed the screen as a QHD+ (3200x1800) display instead of a 4K (3840x2160) display. These errors have been corrected, but do not change any opinions stated in this review. 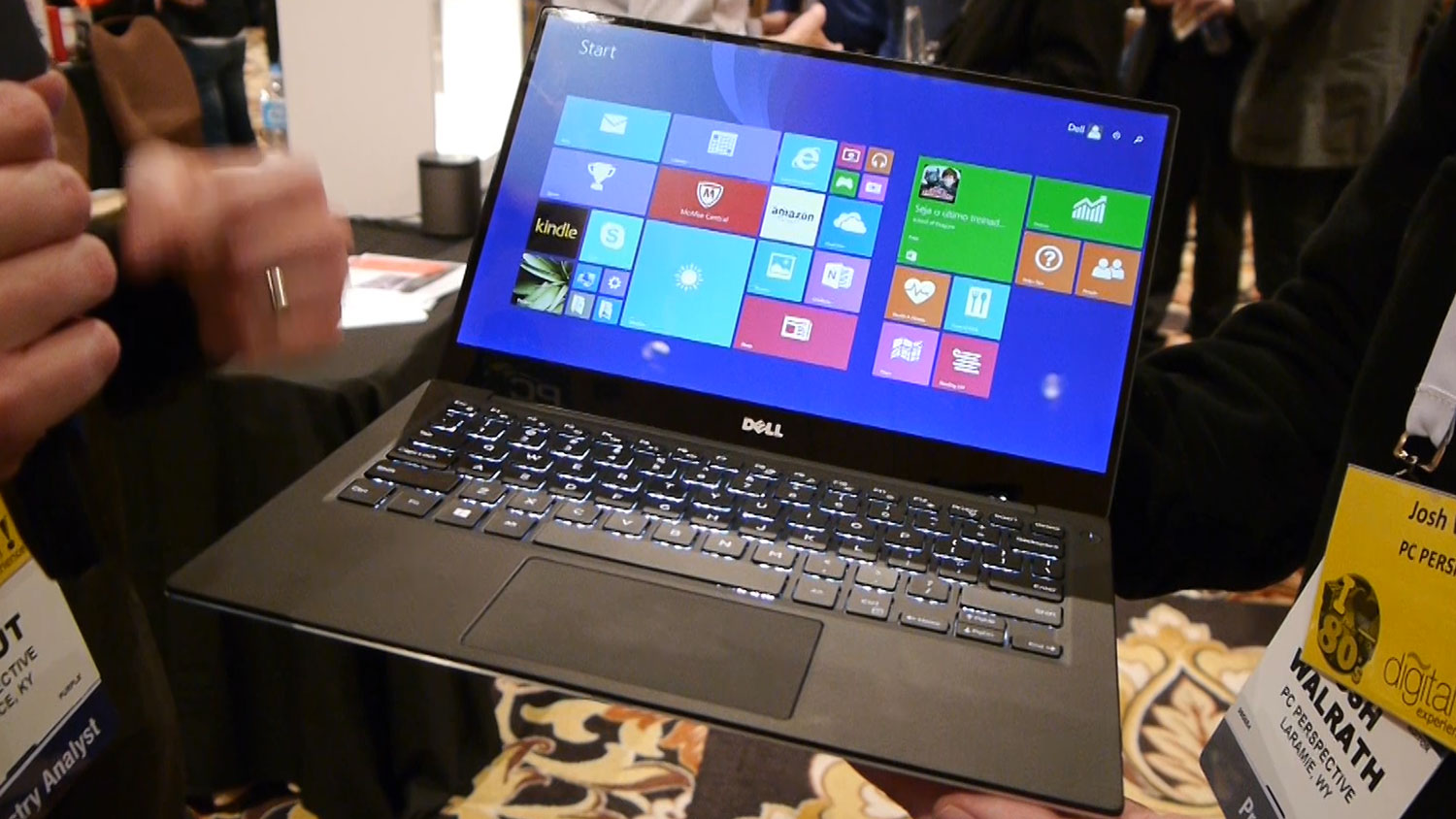