In continuing follow up from the spectacle that surrounded the Meltdown and Spectre security vulnerabilities released in January, Intel announced that it has provided patches and updates that address 100% of the products it has launched in the last 5 years. The company also revealed its plan for updated chip designs that will address both the security and performance concerns surrounding the vulnerabilities.

Intel hopes that by releasing new chips to address the security and performance questions quickly it will cement its position as the leader in the enterprise compute space. Customers like Amazon, Microsoft, and Google that run the world’s largest data centers are looking for improved products to make up for the performance loss and assurances moving forward that a similar situation won’t impact their bottom line.

For current products, patches provide mitigations for the security flaws in the form operating system updates (for Windows, Linux) and what are called microcode updates, a small-scale firmware that helps provide instruction processing updates for a processor. Distributed by Intel OEMs (system vendors and component providers) as well as Microsoft, the patches have seemingly negated the risks for consumers and enterprise customer data, but with a questionable impact on performance.

The mitigations cause the processors to operate differently than originally designed and will cause performance slowdowns on some workloads. These performance degradations are the source of the handful of class-action lawsuits hanging over Intel’s head and are a potential sore spot for its relationship with partners. Details on the performance gaps from the security mitigations have been sparse from Intel, with only small updates posted on corporate blogs. And because the problem has been so widespread, covering the entire Intel product line of the last 10 years, researchers are struggling to keep up.

The new chips that Intel is promising will address both security and performance considerations in silicon rather than software, and will be available in 2018. For the data center this is the Cascade Lake server processor, and for the consumer and business markets this is known as Cannon Lake. Both will include what Intel is calling “virtual fences” between user and operating system privilege levels and will create a significant additional obstacle for potential vulnerabilities.

The chips will also lay the ground work and foundation for future security improvement, providing a method to more easily update the security of the processors through patching.

By moving the security mitigations from software (both operating system and firmware) into silicon, Intel is reducing the performance impact that Spectre and Meltdown cause on select computing tasks. Assurances that future generations of parts won’t suffer from a performance hit is good news for Intel and its customer base, but I don’t think currently afflicted customers will be satisfied at the assertion they need to buy updated Intel chips to avoid the performance penalty. It will be interesting to see how, if at all, the legal disputes are affected. 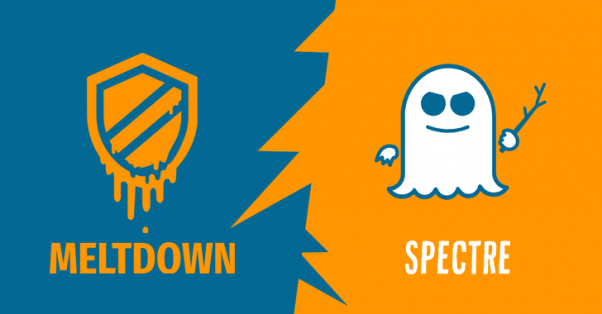 The speed at which Intel is releasing updated chips to the market is an impressive engineering feat, and indicates at top-level directive to get this fixed as quickly as possible. In the span of just 12 months (from Intel’s apparent notification of the security vulnerability to the expected release of this new hardware) the company will have integrated fairly significant architectural changes. While this may have been a costly more for the company, it is a drop in the bucket compared to the potential risks of lowered consumer trust or partner migration to competitive AMD processors.

For its part, AMD has had its own security issues pop up this week from a research firm called CTS Labs. While there are extenuating circumstances that cloud the release of the information, AMD does now have a template for how to quickly and effectively address a hardware-level security problem, if it exists.

The full content of Intel's posted story on the subject is included below:

In addressing the vulnerabilities reported by Google Project Zero earlier this year, Intel and the technology industry have faced a significant challenge. Thousands of people across the industry have worked tirelessly to make sure we delivered on our collective priority: protecting customers and their data. I am humbled and thankful for the commitment and effort shown by so many people around the globe. And, I am reassured that when the need is great, companies – and even competitors – will work together to address that need.

But there is still work to do. The security landscape is constantly evolving and we know that there will always be new threats. This was the impetus for the Security-First Pledge I penned in January. Intel has a long history of focusing on security, and now, more than ever, we are committed to the principles I outlined in that pledge: customer-first urgency, transparent and timely communications, and ongoing security assurance.

Today, I want to provide several updates that show continued progress to fulfill that pledge. First, we have now released microcode updates for 100 percent of Intel products launched in the past five years that require protection against the side-channel method vulnerabilities discovered by Google. As part of this, I want to recognize and express my appreciation to all of the industry partners who worked closely with us to develop and test these updates, and make sure they were ready for production.

With these updates now available, I encourage everyone to make sure they are always keeping their systems up-to-date. It’s one of the easiest ways to stay protected. I also want to take the opportunity to share more details of what we are doing at the hardware level to protect against these vulnerabilities in the future. This was something I committed to during our most recent earnings call.

While Variant 1 will continue to be addressed via software mitigations, we are making changes to our hardware design to further address the other two. We have redesigned parts of the processor to introduce new levels of protection through partitioning that will protect against both Variants 2 and 3. Think of this partitioning as additional “protective walls” between applications and user privilege levels to create an obstacle for bad actors.

These changes will begin with our next-generation Intel® Xeon® Scalable processors (code-named Cascade Lake) as well as 8th Generation Intel® Core™ processors expected to ship in the second half of 2018. As we bring these new products to market, ensuring that they deliver the performance improvements people expect from us is critical. Our goal is to offer not only the best performance, but also the best secure performance.

But again, our work is not done. This is not a singular event; it is a long-term commitment. One that we take very seriously. Customer-first urgency, transparent and timely communications, and ongoing security assurance. This is our pledge and it’s what you can count on from me, and from all of Intel.