Now that we've gotten our hands on quite a few notebooks sporting Intel's 8th Generation quad-core mobile processors, we can start to make some interesting comparisons. We've also included for the first time the AMD Ryzen 5 2500U-powered HP Envy X360.

In Cinebench R15, we see the Razer Blade Stealth with a strong single-threaded score, but it falls behind to last place with the multi-threaded benchmark.

Video transcoding in Handbrake shows the AMD-powered HP Envy x360 coming out in first for CPU rendering speed by almost 6% over the Razer Blade Stealth. In the GPU-accelerated Quick Sync test, the Blade Stealth is 8% slower than the Dell Inspiron 13 7373. 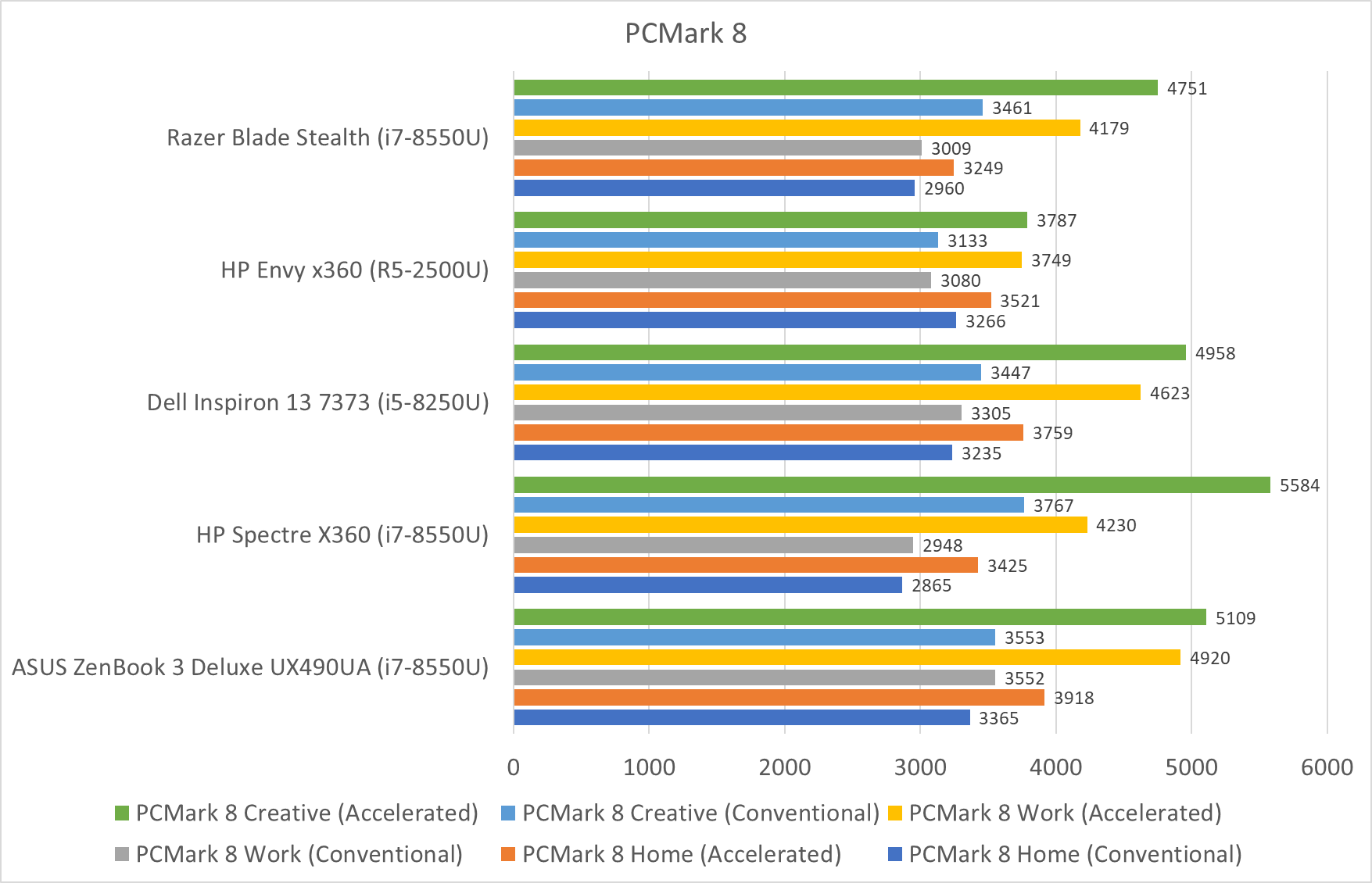 PCMark 8 shows mediocre performance for the Razer Blade Stealth. While it's marginally faster than the R5-2500U powered HP Envy, the Blade Stealth loses to every other 8th Generation-equipped notebook tested.

One thing not apparent from these numbers is how quiet the Razer Blade Stealth is when under full CPU load. While running benchmarks in the office, I couldn't hear the fans over the ambient noise until very close to the computer, something of an oddity of modern notebook designs.

I think some of the performance gap between the Razer Blade Stealth can be explained by prioritizing lower operating noise levels over absolute cooling performance.

Overall, the Razer Blade Stealth holds its own against the other 8th Generation Intel notebooks and strikes the best balance between noise levels and performance we have seen yet out of a notebook equipped with one of these processors.

For a look at storage performance of the Samsung PM961 SSD found in the Razer Blade Stealth, we turned to the disk benchmarking utility ATTO. 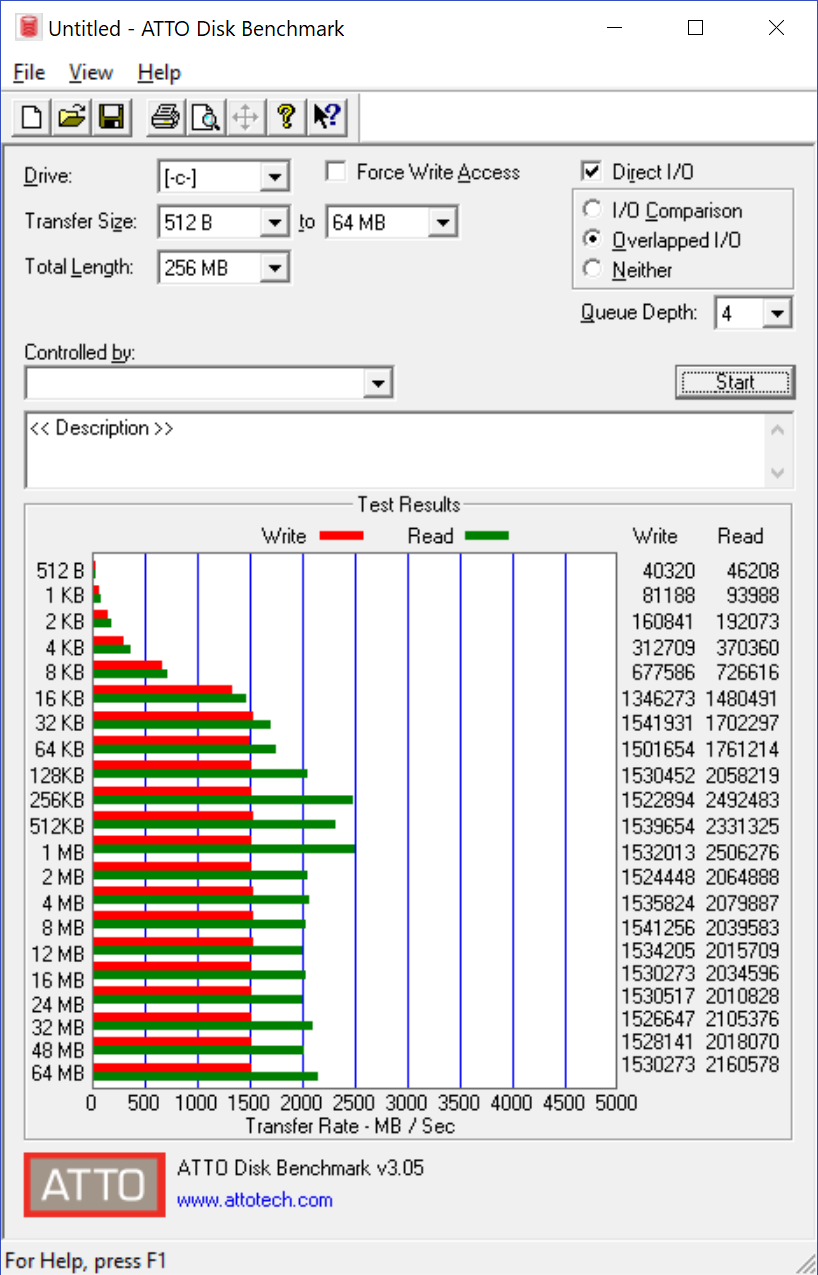 Sequential performance in ATTO is in line with what we've come to expect from the Samsung PM961 (the OEM version of the Samsung 960 EVO). This is class-leading performance as far as M.2 NVMe SSDs are concerned.

A tour of a Turion