Samsung is expanding its Z-NAND based "Z-SSD" products with a new M.2 solid state drive for workstations and high-performance compute servers. Previously only available in half-height AIC (add-in-card) form factors, the SZ983 M.2 sports a M.2 22110 form factor and NVMe compatible PCI-E 3.0 x4 interface. The new drive was shown off at Samsung's booth during the Open Compute Project Summit in San Jose and was spotted by Anandtech who managed to snap a couple photos of it.

The new M.2 Z-SSD will come in 240GB and 480GB capacities and sports an 8 channel Phoenix controller. The drive on display at OCP Summit 2018 had a part number of MZ1JB240HMGG-000FB-001. Comparing it to the SZ985 PCI-E SSD, this new M.2 drive appears to also have a DRAM cache as well as capacitors to protect data in the event of power loss (data writes would be able to completely write from the cache to the drive before safe shutdown) though we don't know if this drive has the same 1.5GB of LPDDR4 cache or not. Note that the sticker of the M.2 drive reads SZ983 while Samsung elsewhere had the M.2 labeled as the SZ985 (M.2) so it's unclear which name will stick when this actually launches though hopefully it's the former just to avoid confusion. The Phoenix (formerly Polaris v2) controller is allegedly going to also be used on some of the higher end V-NAND drives though we'll have to wait and see if that happens or not.

Anyway, back to performance numbers, Samsung rates the M.2 Z-SSD at 3200 MB/s sequential reads and 2800 MB/s sequential writes (so a bit slower than the SZ985 at writes). Samsung did not talk random IOPS numbers. The drive is rated at the same 30 DWPD (drive writes per day) endurance rating as the SZ985 and will have the same 5-year warranty. I am curious if the M.2 NVMe drive is able to hit the same (or close to) random IOPS numbers as the PCI-E card which is rated at up to 750,000 read and 170,000 write IOPS.

Z-NAND is interesting as it represents a middle ground between V-NAND and other 3D NAND flash and 3D XPoint memory in both terms of cost and latency performance with Z-NAND being closer in latency to XPoint than V-NAND. Where it gets interesting is that Z-NAND is essentially V-NAND just run at a different mode and yet they are able to reduce write latency by 5-times (12-to-20 microseconds) and cell read latency by up to 10-times (16 microseconds). While Samsung is already working on second generation Z-NAND, these drives are using first generation Z-NAND which is the more performance (lowest latency) type but costs quite a bit more than 2nd generation which is only a bit slower (more read latency). Judging by the form 110mm form factor, this M.2 drive is aimed squarely at datacenter and workstation usage and is not likely to lead to a consumer Optane 800P (et al) competitor, but if it does well enough we may see some prosumer and consumer Z-NAND based options in the future with newer generations of Z-NAND as they get the right balance of cost and latency for the desktop gaming and enthusiast market. 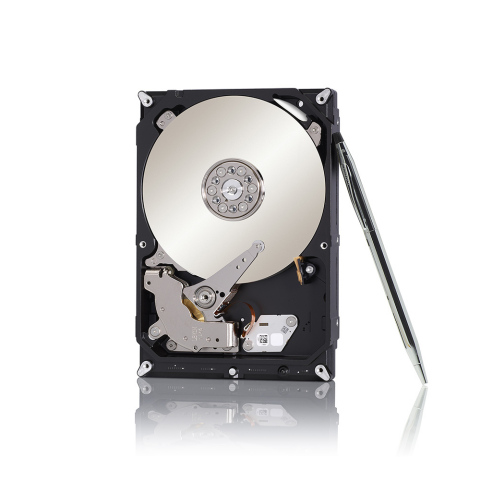