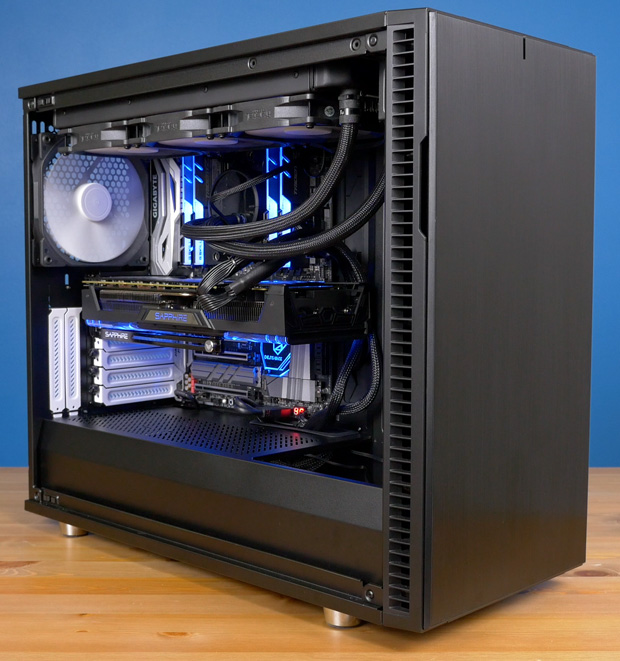 Here is a bit of a feel good movie from The Tech Report, who were nice enough to reach out to AMD, ASUS and several other companies to donate parts to create a brand new video editing machine for a friend of the site.  The system build is more than impressive, a ThreadRipper 1950X on a Gigabyte Designaire EX with a Vega 56 Nitro + and a host of other components.  Check out the reaction from Stephen, who has been using a Mac Pro which is now almost eight years old in their video reveal and build.

"A good friend of mine, Stephen Georg, recently came to me with a problem. Our mutual friend Dan Settembrini is a video editor by trade, and he helps Stephen create videos for his YouTube channels. Problem is, Dan's editing rig is a mid-2010 Mac Pro. We surprised Dan with a new video-editing PC for the ages with a little help from TR's friends."

A great addition to any HTPC

Not your regular systems guide