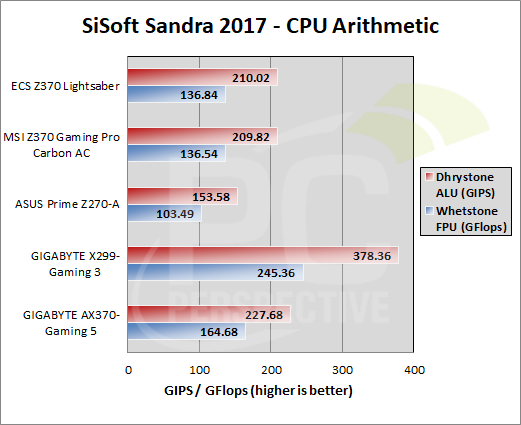 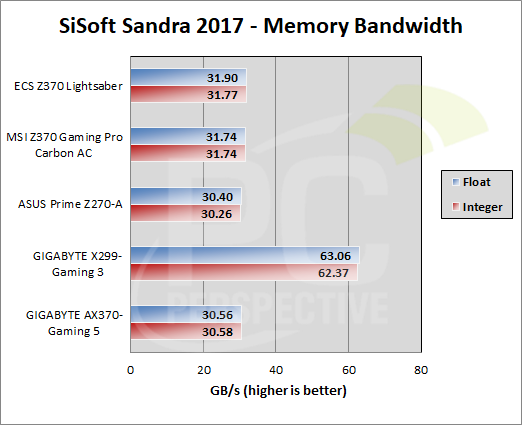 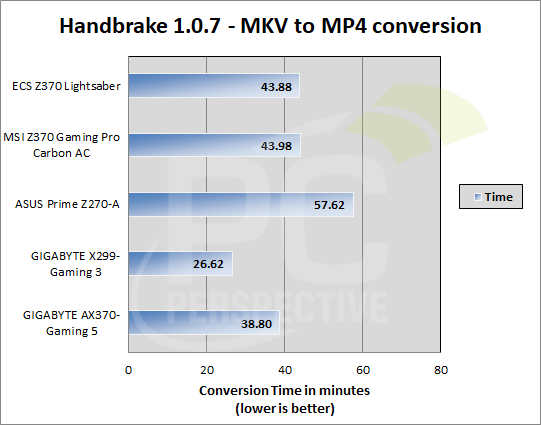 Video encoding is one of the more system intensive operations, making it a good test to measure system performance quirks under elevated usage scenarios. The Z370 Lightsaber motherboard continues to show strong performance against the other test systems, further indicating the board's optimal design. 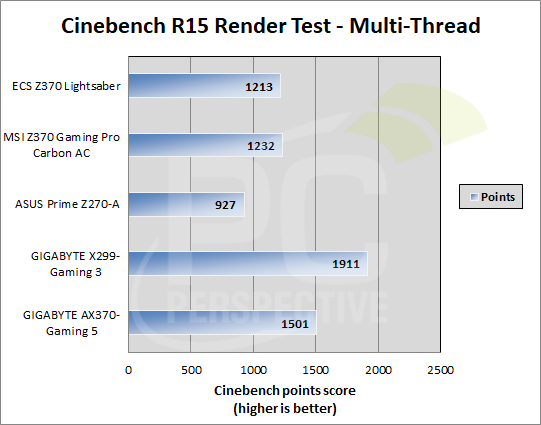 The content rendering test posed no issues to the Z370 Lightsaber board with its performance staying close to that of the other Z370-based test system. 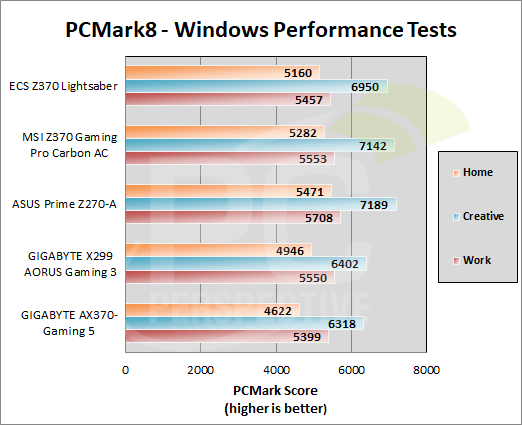 The Z370 Lightsaber motherboard easily kept pace with the other Intel Z370-base test system, as expected. This benchmark better illustrates board performance in real-world business-style applications.