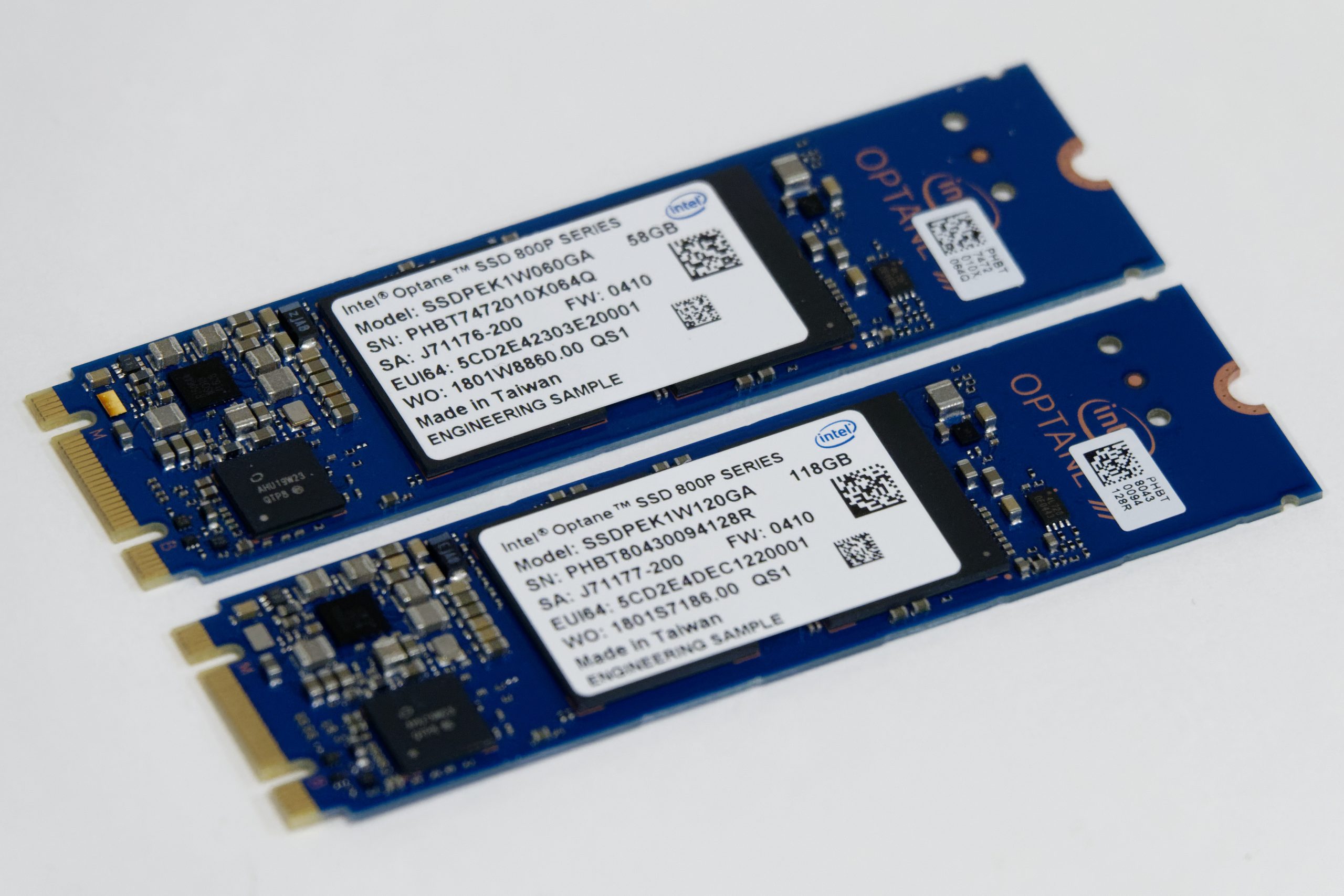 Remember *way* back just before CES 2017, when we caught that 'Optane Memory Storage Accelerator' entry on some Lenovo laptop release docs? Well, those obviously never happened, and we figured out why a few months later when we reviewed Intel's Optane Memory products and realized that the first iteration of these products had no apparent hardware power management capabilities, meaning they would draw excessive power while idling in a mobile platform.

While the Optane Memory launch was a year ago, just last month we tested the 800P – what was meant to be the true usable standalone M.2 packaging for Optane. This part was nearly physically identical to Optane Memory, but with some tweaks to available capacities, and more importantly, support for hardware lower power idle states. While this opened the door for use in laptops, it still did not completely close the loop on an Optane-based caching solution for mobile platforms. That loop gets closed today:

Along with a round of other new 8th generation CPU announcements (covered by Ken here), Intel has also launched a 'Core Plus' series, which are essentially the same 8th gen Core i3 / i5 / i7 parts, but with the addition of Optane Memory caching. These will be a newer, more power efficient version of the Optane Memory caching parts. While these were previously available in 16GB and 32GB capacities, this new round will add a 64GB tier to the mix.

Not sure what all of this 'Optane' / '3D XPoint' stuff is all about? Check out my article detailing how it all works here

Balancing a stack of data on a spinning platter