As to be expected from a notebook with a massive 75Wh battery, the Surface Book 2 turns in an impressive result in our web browser battery life test, just over 10 hours. This is far and away our best battery life result for an 8th generation quad-core powered notebook so far.

While it launched at $2,000, the specific configuration of the Microsoft Surface Book 2 reviewed in this article is currently listed at $1,850 directly from Microsoft.

Personally, I purchased my Surface Book 2 from a local Microcenter store a few weeks ago for $1,650, a $200 discount from Microsoft's already discounted price. At the time of writing, this deal was still available from Microcenter.

At the Microsoft price of $1850, or even the discounted price of $1650 I purchased the Surface Book 2 for, I don't think it makes sense for a lot of consumers. If you aren't using GPU-accelerated applications, the Dell XPS 13 provides a much better value and higher performance levels for a similar class of battery life.

However, if you are a user who needs a discrete GPU for work like 3D rendering or modeling applications, but still wants a relatively thin-and-light machine, the Surface Book 2 is a great option. It's one of the best-built computers I have ever used while providing above average performance, and killer battery life. 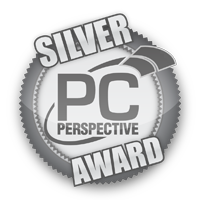