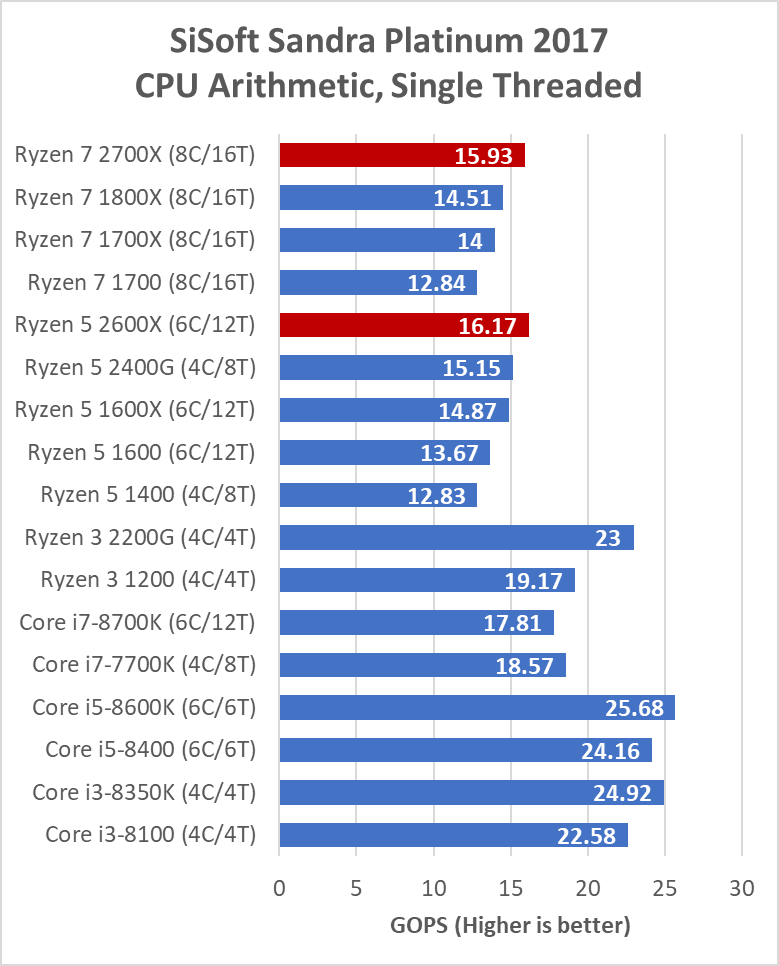 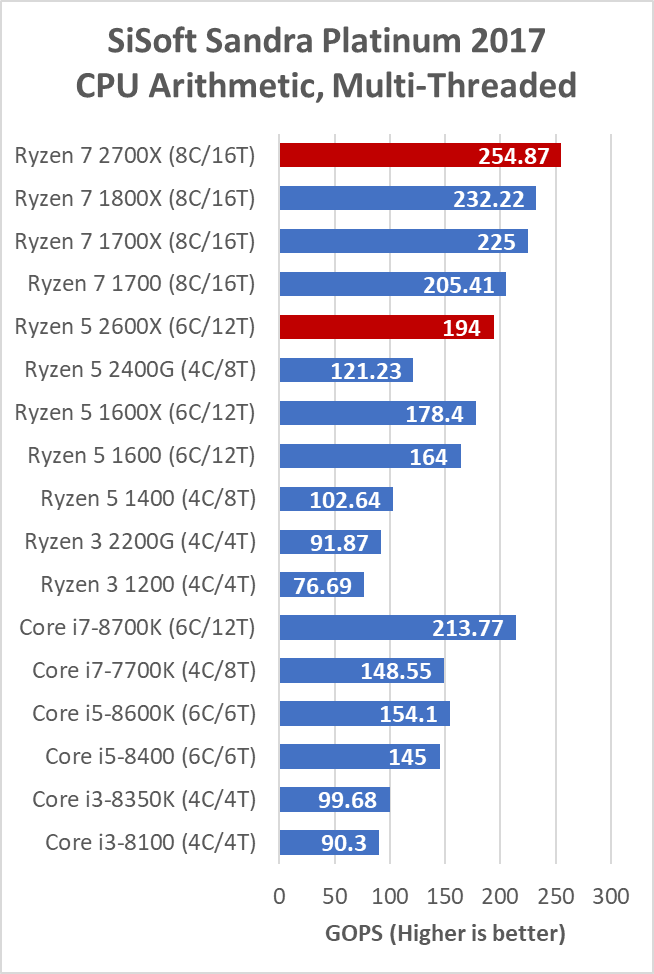 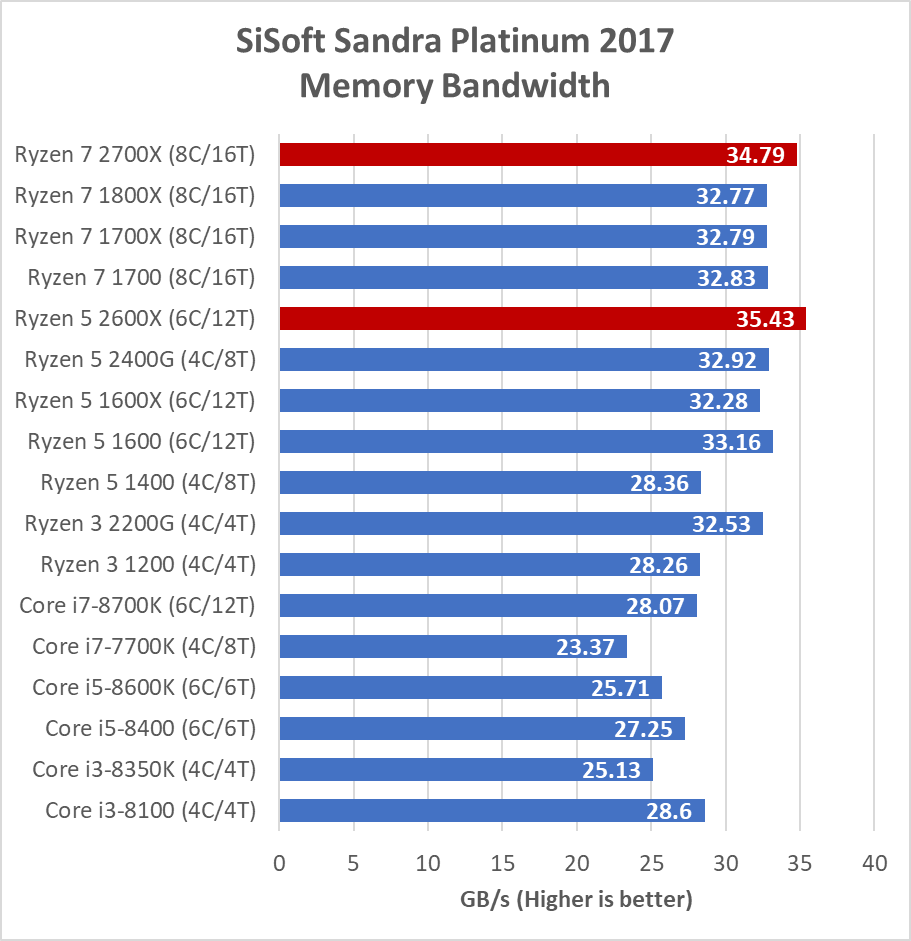 AMD's advantage in memory can be seen in the Sandra memory bandwidth test. With it's adherence to the JEDEC DDR4-2933 memory standard, the Ryzen 2000 series processors provide a 20% improvement in memory bandwidth over the Intel Coffee Lake parts. AMD has done impressive work with memory compatibility on Ryzen in the last year, and an out of box memory frequency of 2933MHz is quite impressive. 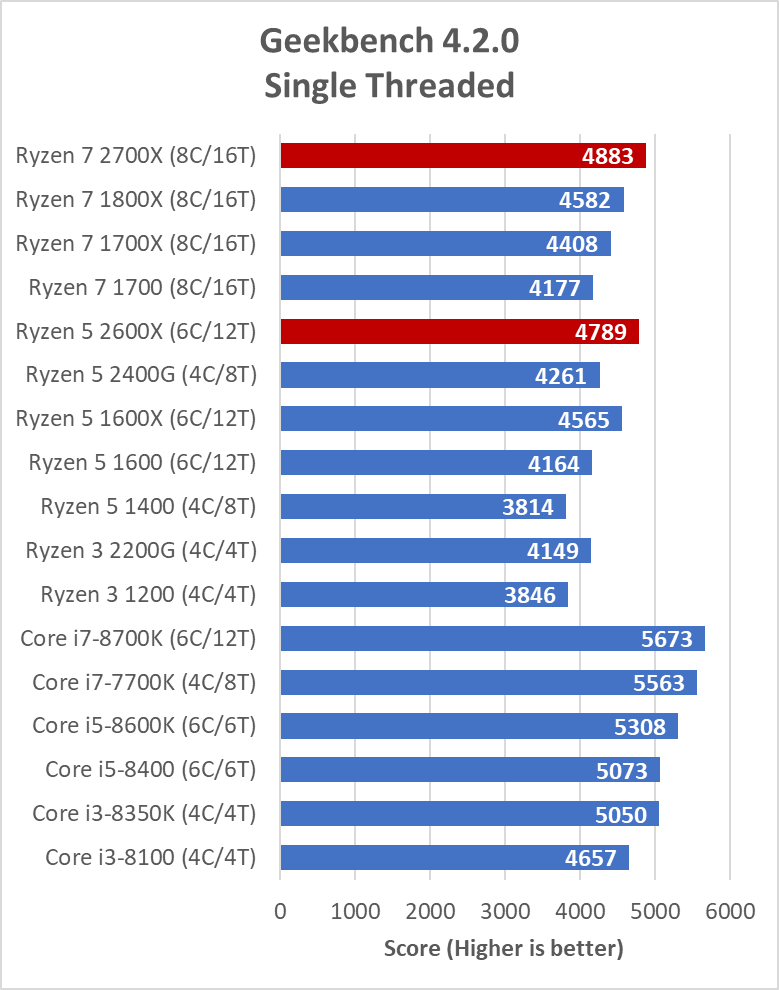 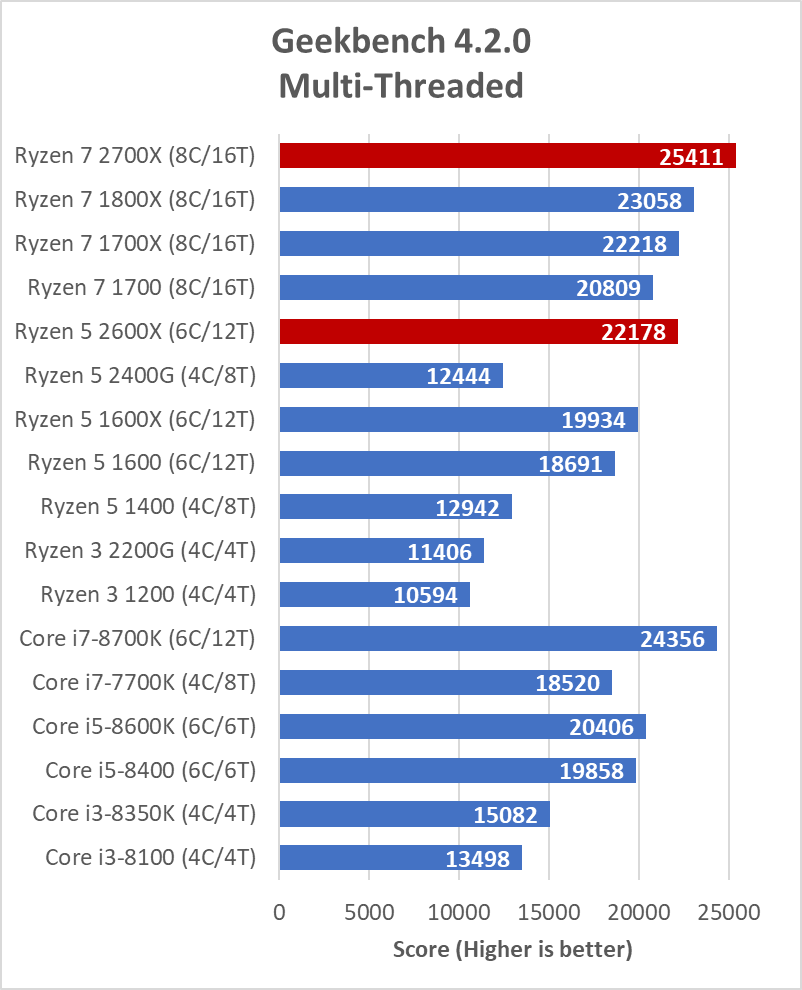 As expected, the additional threads of the Zen+ processors add up to large gains in heavily multi-threaded workloads. However, in the Geekbench single-threaded tests, the i7-8700K pulls away from the R7 2700X with a 17% higher score.

Generationally, the R7 2700X sees a 5% improvement in single-threaded Geekbench performance and a 10% increase in multi-threaded performance over the previous flagship R7 1800X CPU.

While the i7-8700K outperforms the Ryzen 7 2700X in the Euler3D benchmark, the AMD option remains competitive, with just a 5% performance gap with the benchmark running at 16 threads. 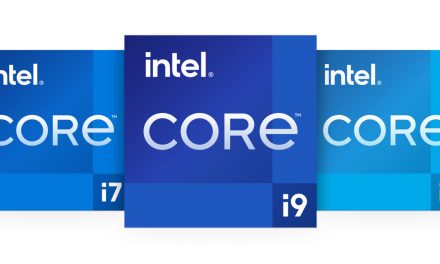