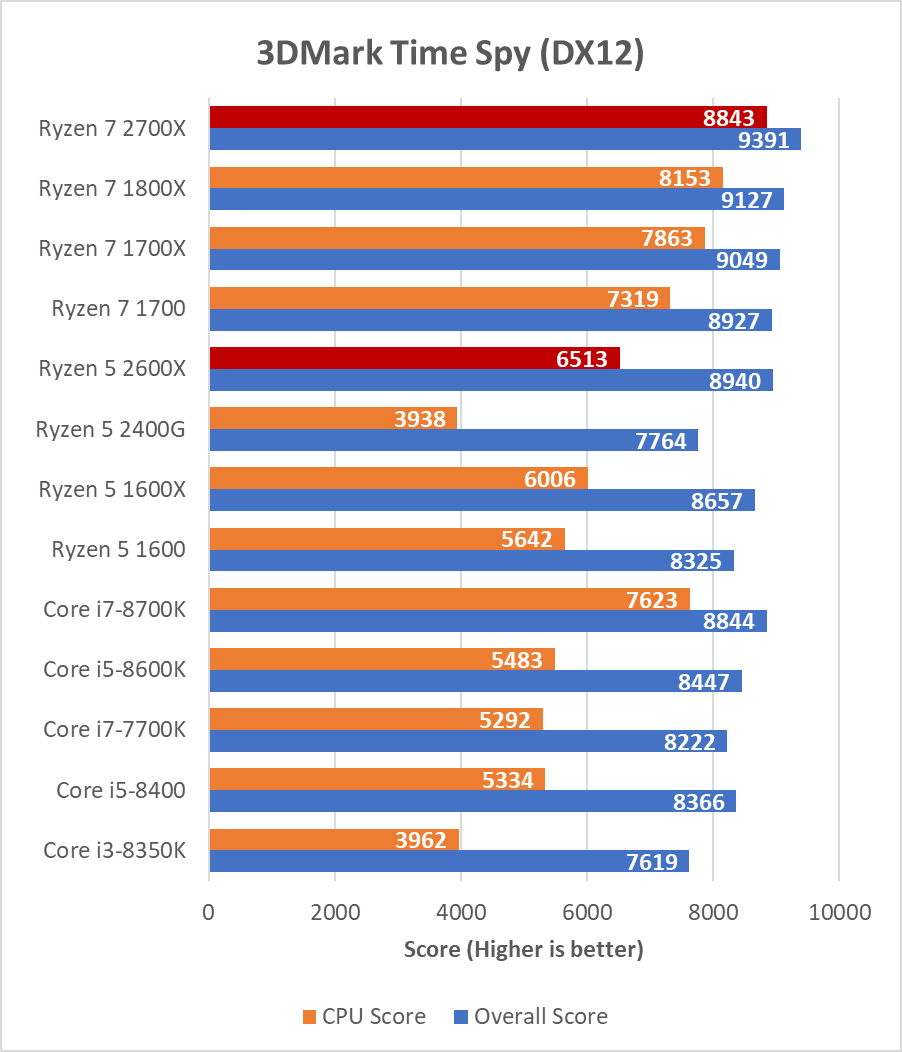 Despite the lower score in the CPU subtest of 3DMark's Time Spy benchmark, the Ryzen 7 2700X and Ryzen 5 2600X outperform the Coffee Lake parts in the combined test which heavily utilizes both the CPU and GPU in a more real-world gaming scenario. 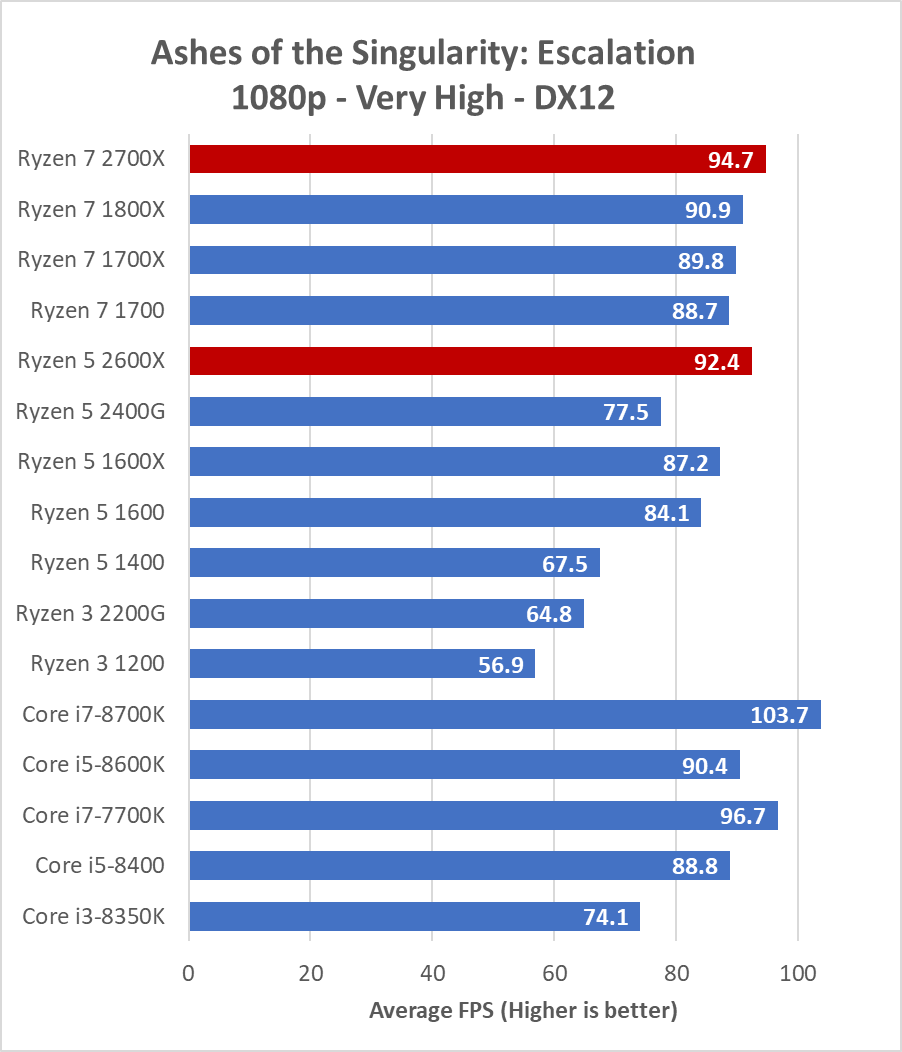 Ashes of the Singularity: Escalation is a game title that uses a lot of CPU resources for tasks such as massive battles and detailed simulations. The Ashes benchmark in DX12 mode shows a 10% performance deficit for the R7 2700X to the i7-8700K. However, the R5 2600X manages to outperform the i5-8600K by 2%. 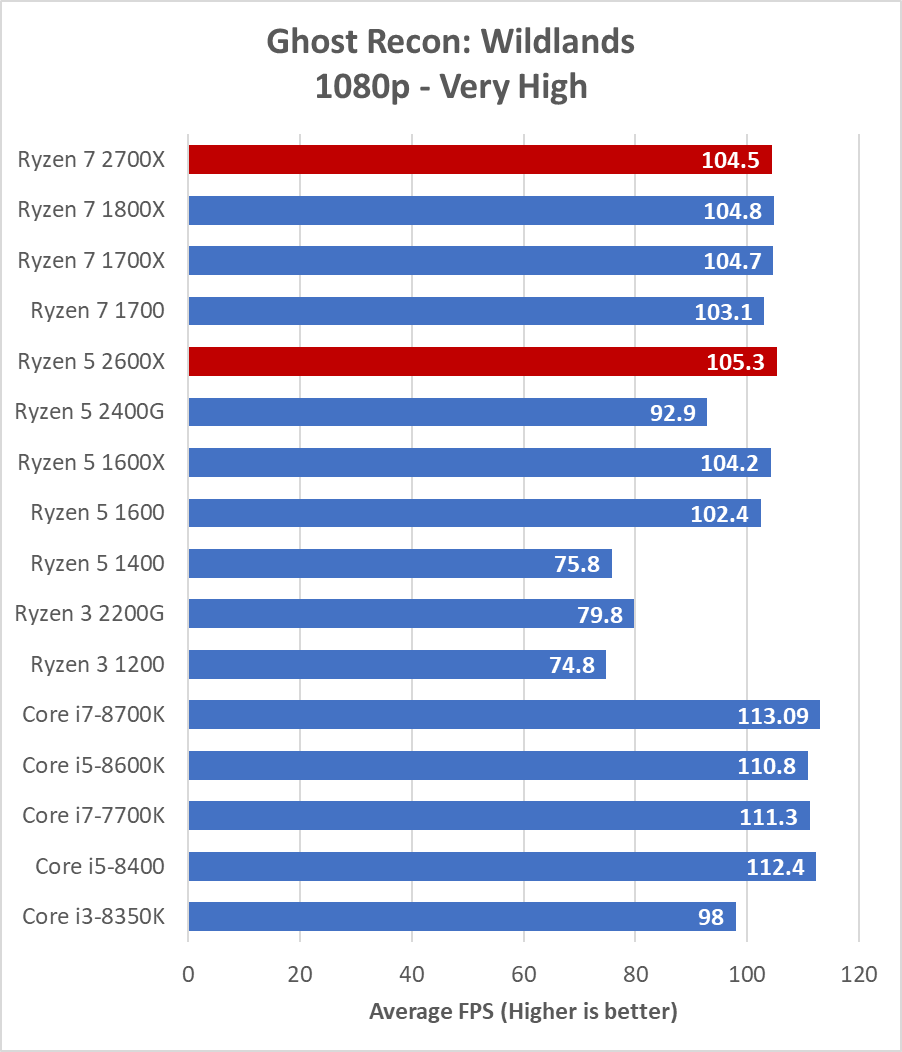 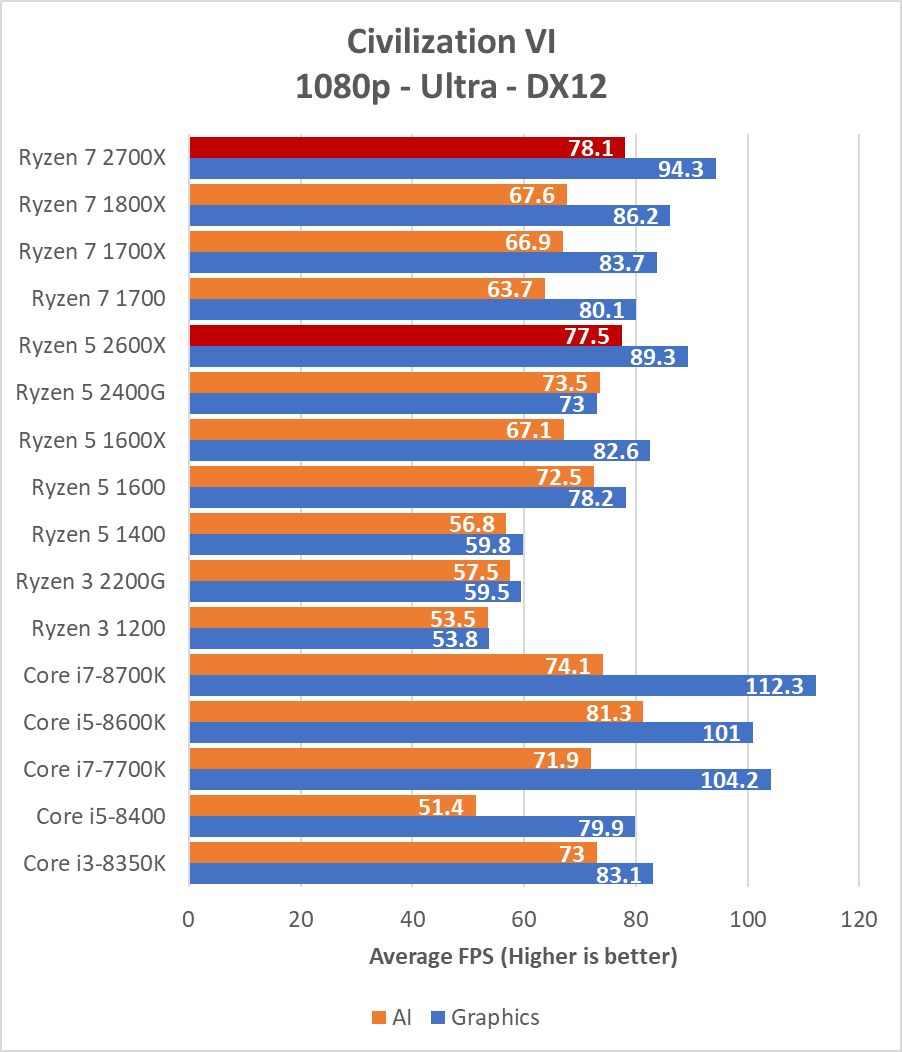 While the Ryzen 7 2700X manages to beat the i7-8700K in the more CPU-bound AI test, the Ryzen part loses to it's Intel counterpart handily in the graphics test. 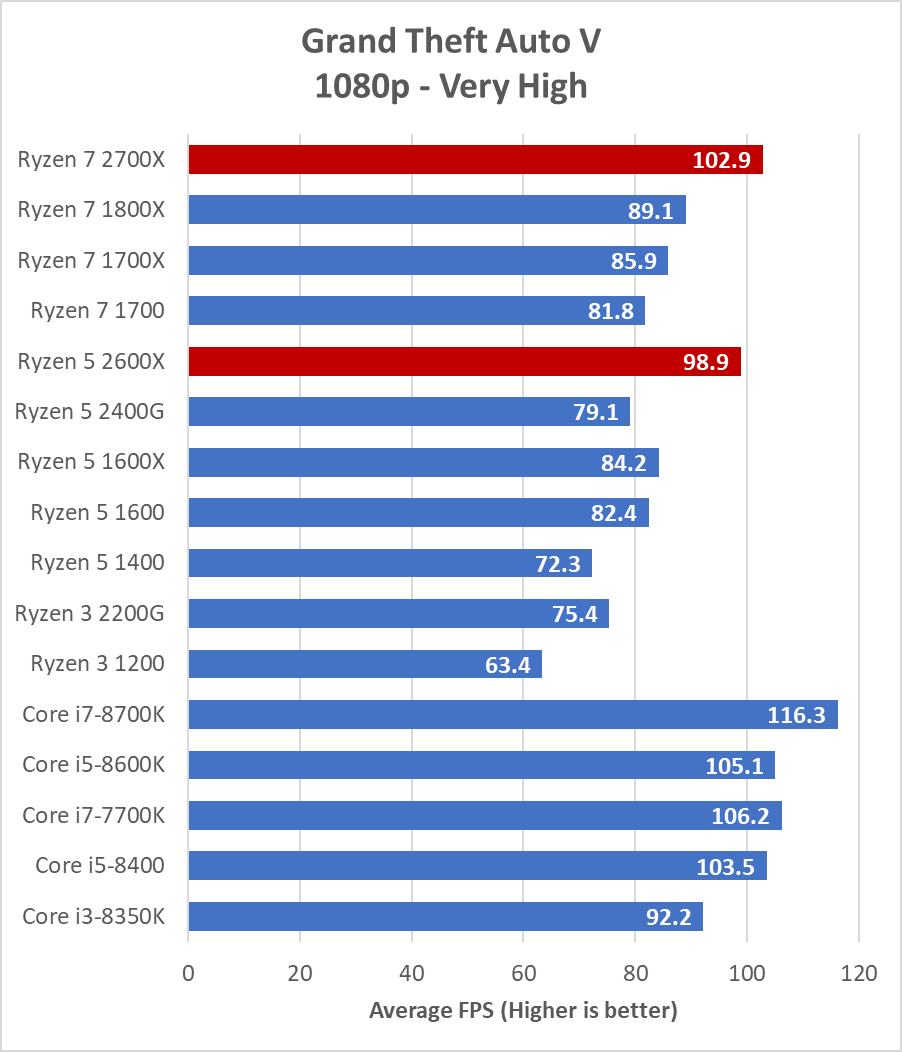 Grand Theft Auto V is another title that uses a lot of CPU resources. Here, we see a performance advantage of around 6-8% for the Intel Coffee Lake processors. 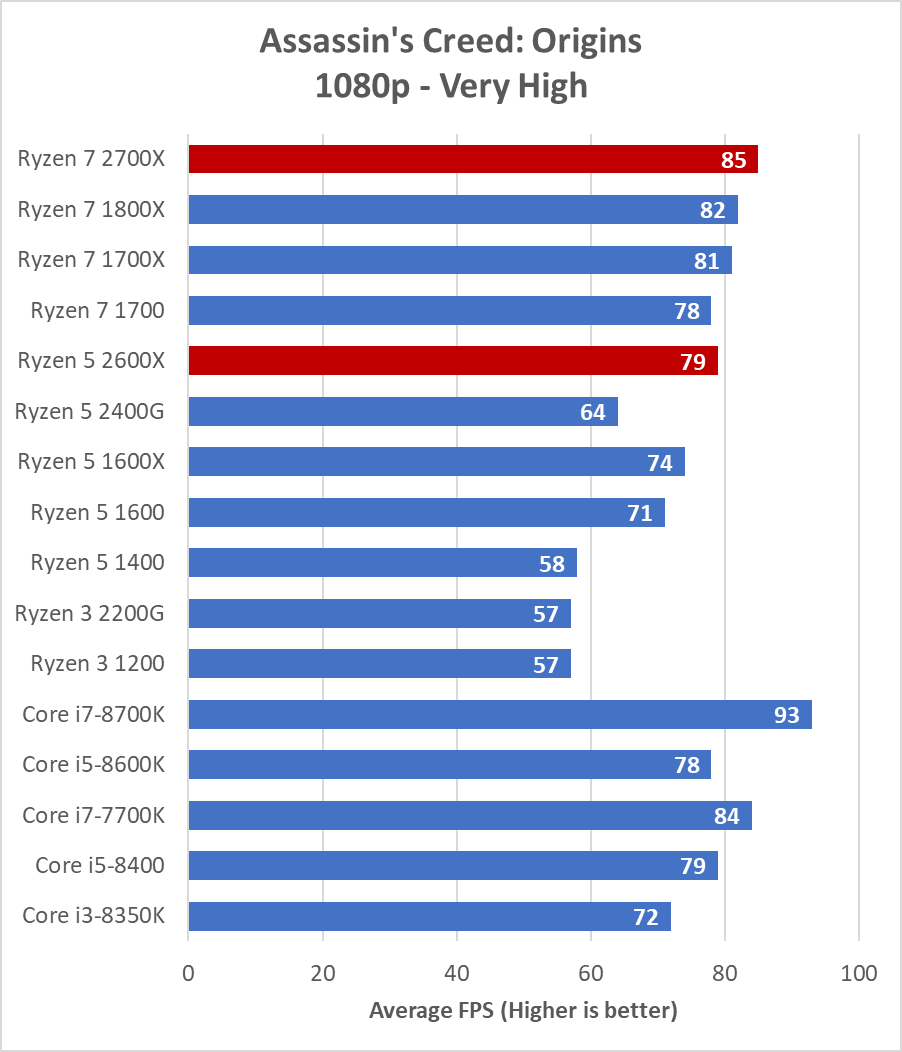 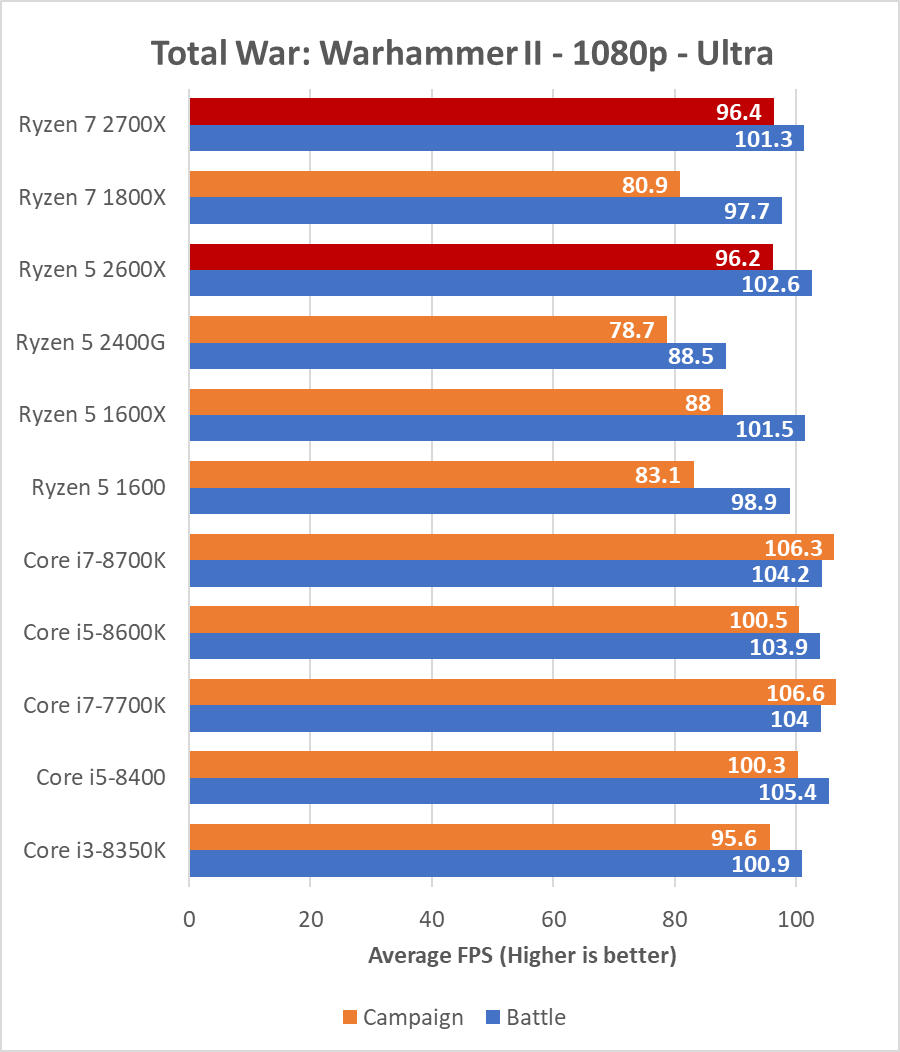 Once again, we see only small differences between individual processors in a given family here, pointing to the single-threaded performance being an important aspect. AMD processors lose to Intel on both scenarios, but the gap is much closer in the Battle benchmark over the Campaign test. 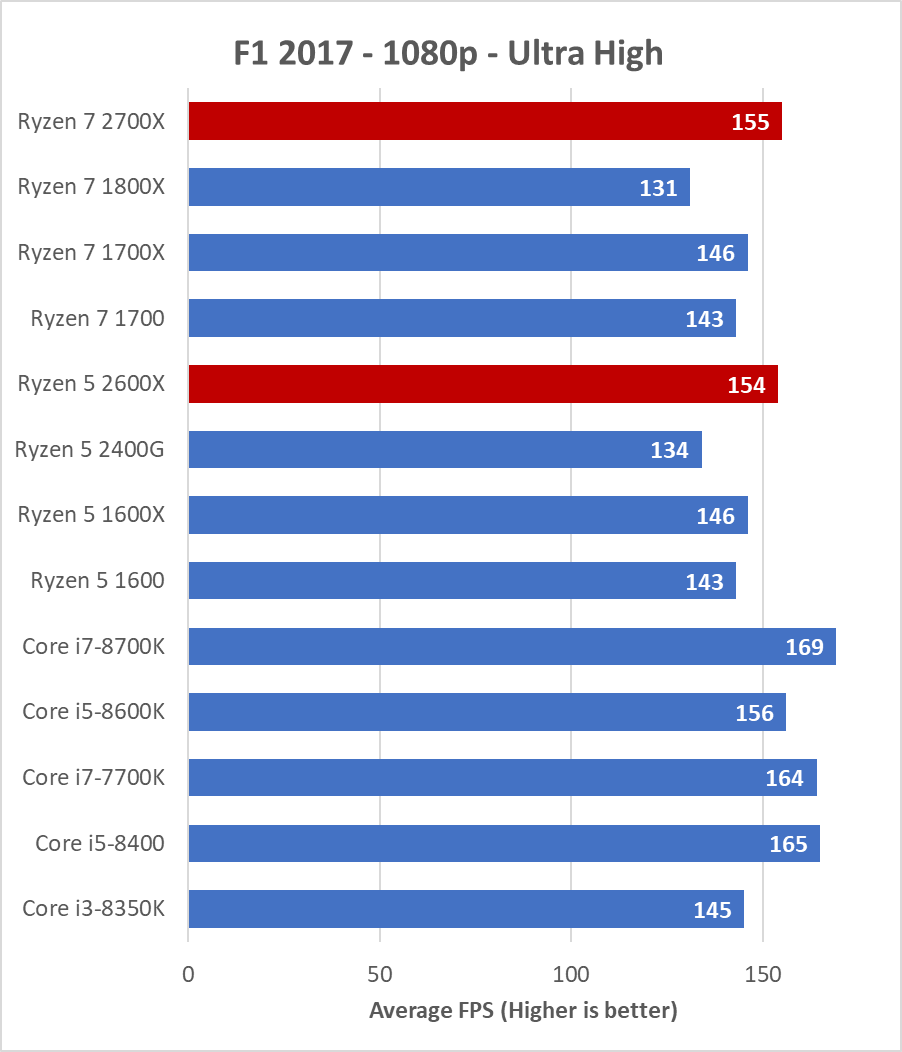 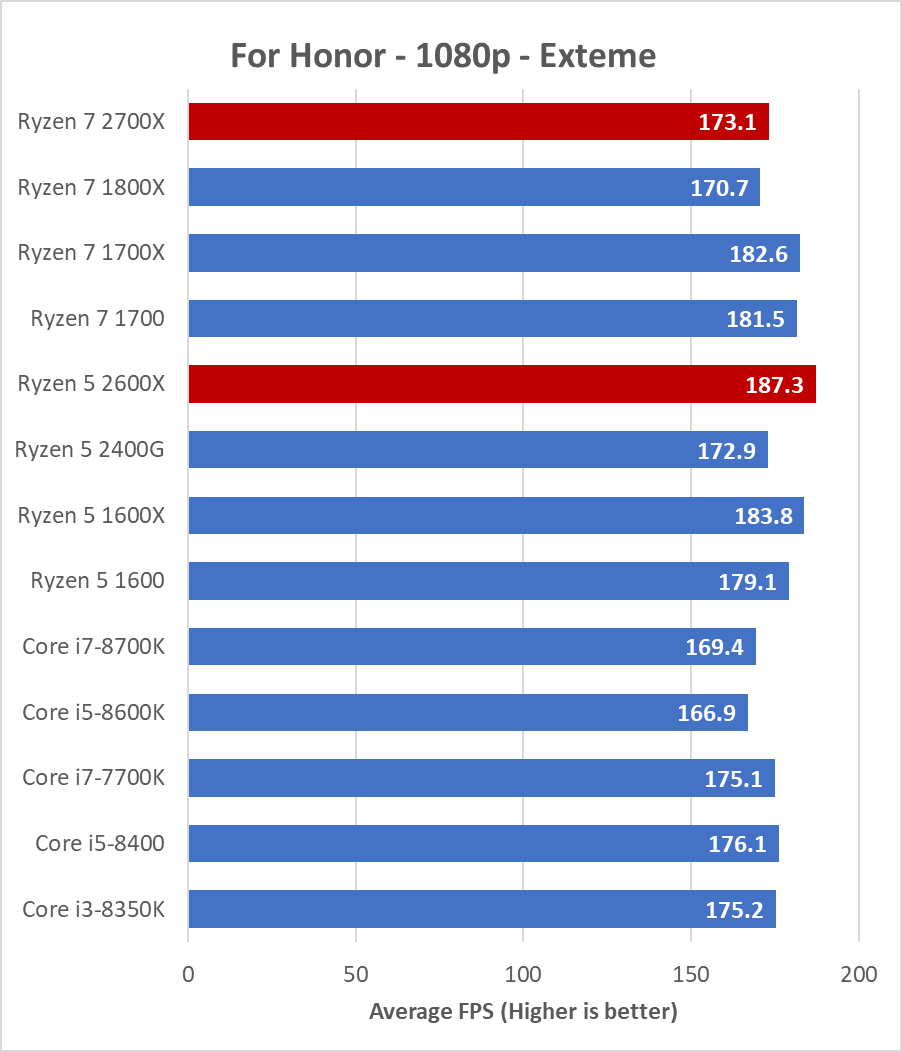 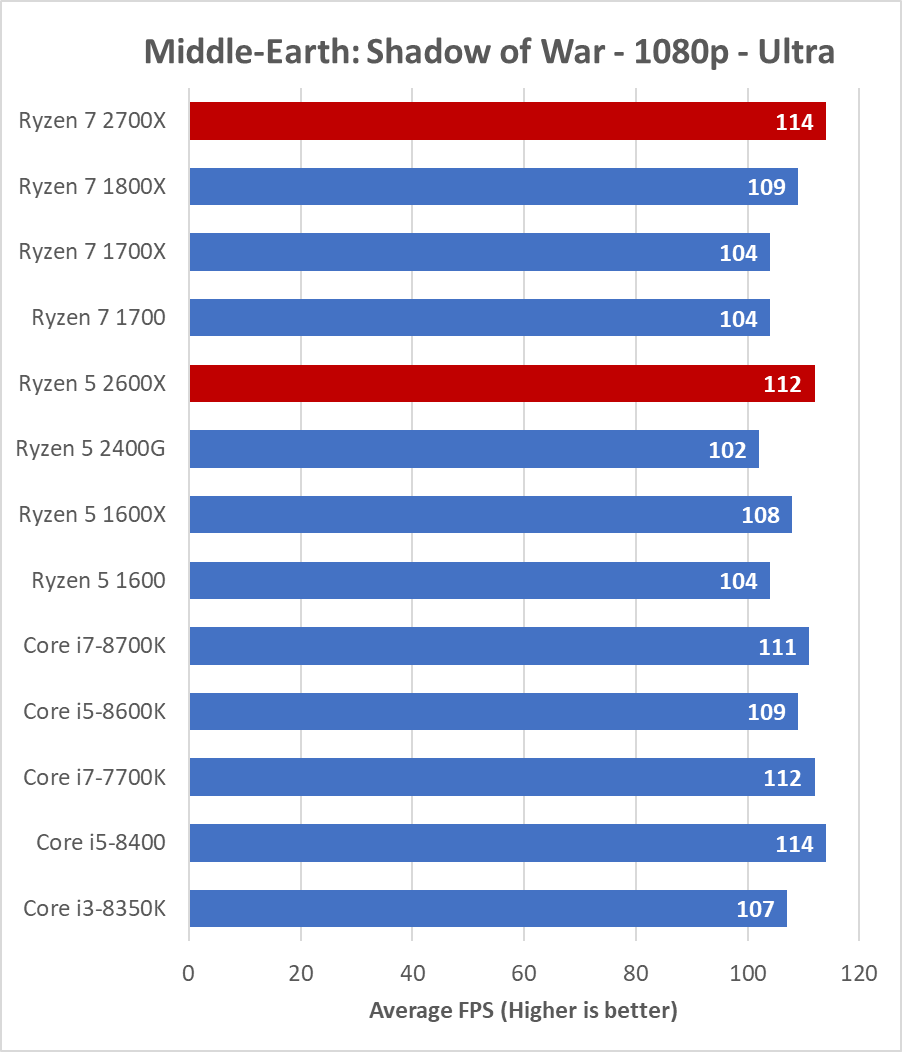 Middle-Earth: Shadow of War also shows a performance advantage to the Ryzen processors of around 3% over the Intel Coffee Lake CPUs. 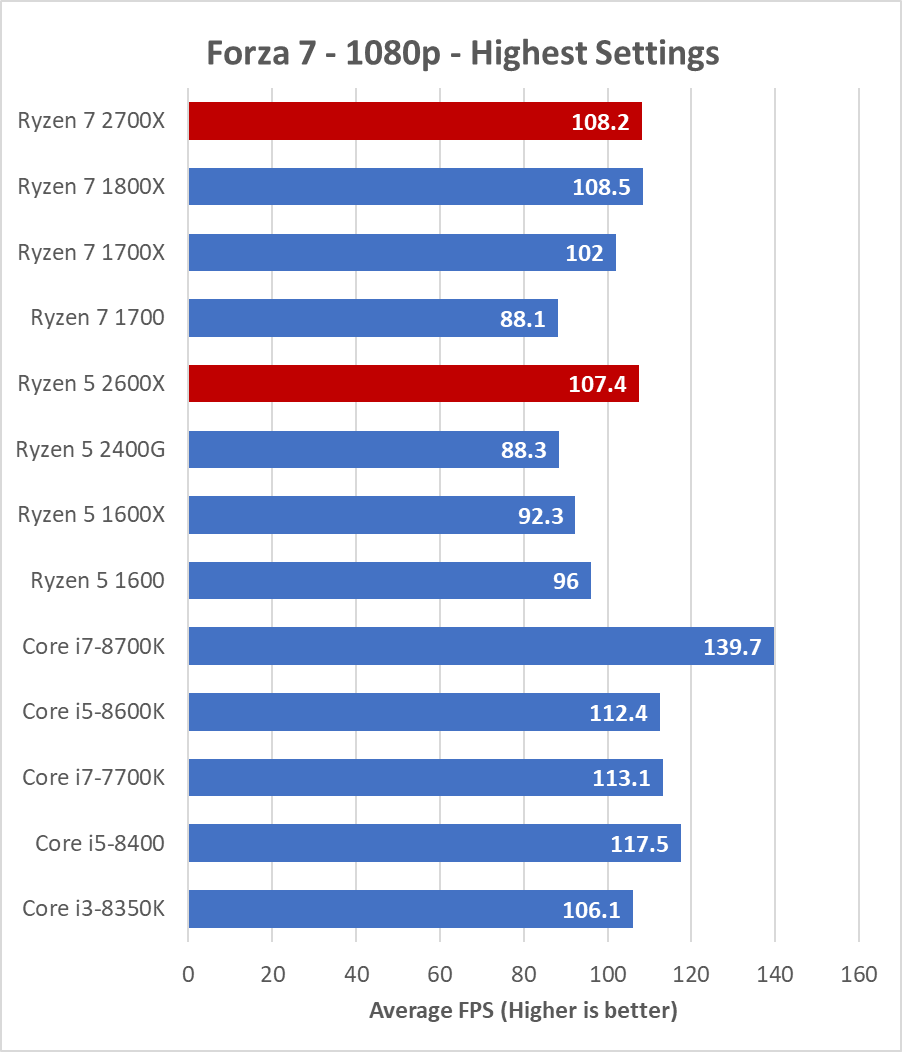 While 1080p gaming performance still largely shows an advantage for Intel over the new Ryzen 2000-series processors, AMD seems to be narrowing the gap. The performance advantage for Intel can be written off in a lot of scenarios, except for very CPU-heavy game titles may lead to a 10% delta. Gaming performance from the R7 1800X to the R7 2700X sees a healthy bump of 5-10% across the board, which shows tremendous progress from generation to generation on AMD's hardware.

In fact, the 1080p gaming performance of the Ryzen 7 2700X is close in most scenarios to Intel's last generation flagship desktop part, the Core i7-7700K, which has been touted by many as a fantastic chip for gaming across all resolutions.

The Ryzen 5 2600X has a very strong showing against the Intel Core i5-8600K in 1080p gaming, with it largely being a tradeoff between the two CPUs across our 10 tested games.