As we mentioned earlier, one of the interesting aspects of the Ryzen 7 2700X launch is its stock cooler. While stock coolers are generally a mundane topic, there are a few interesting things to look at.

First, high-end processors like the Ryzen 7 1800X and Core i7-8700K generally don't come with stock cooling solutions. Second, given the 105W TDP of the R7 2700X, it means that the included cooler has to have some substantial cooling capability in order to not throttle performance.

Based on the Wraith Max, which was originally intended as an OEM only part, but saw a retail release late last year, the Wraith Prism promises to be a capable cooling solution. In order to put it to the test, we first compared performance results of our R7 2700X sample running with a Corsair H110i AIO water cooler, versus the Wraith Prism.

AMD has done some clever things with the RGB LED implementation on this cooler. While you can still connect the cooler to the internal USB header of your system for control through Ryzen Master, AMD has also provided compatibility with the generic RGB strip header found on most modern motherboards. 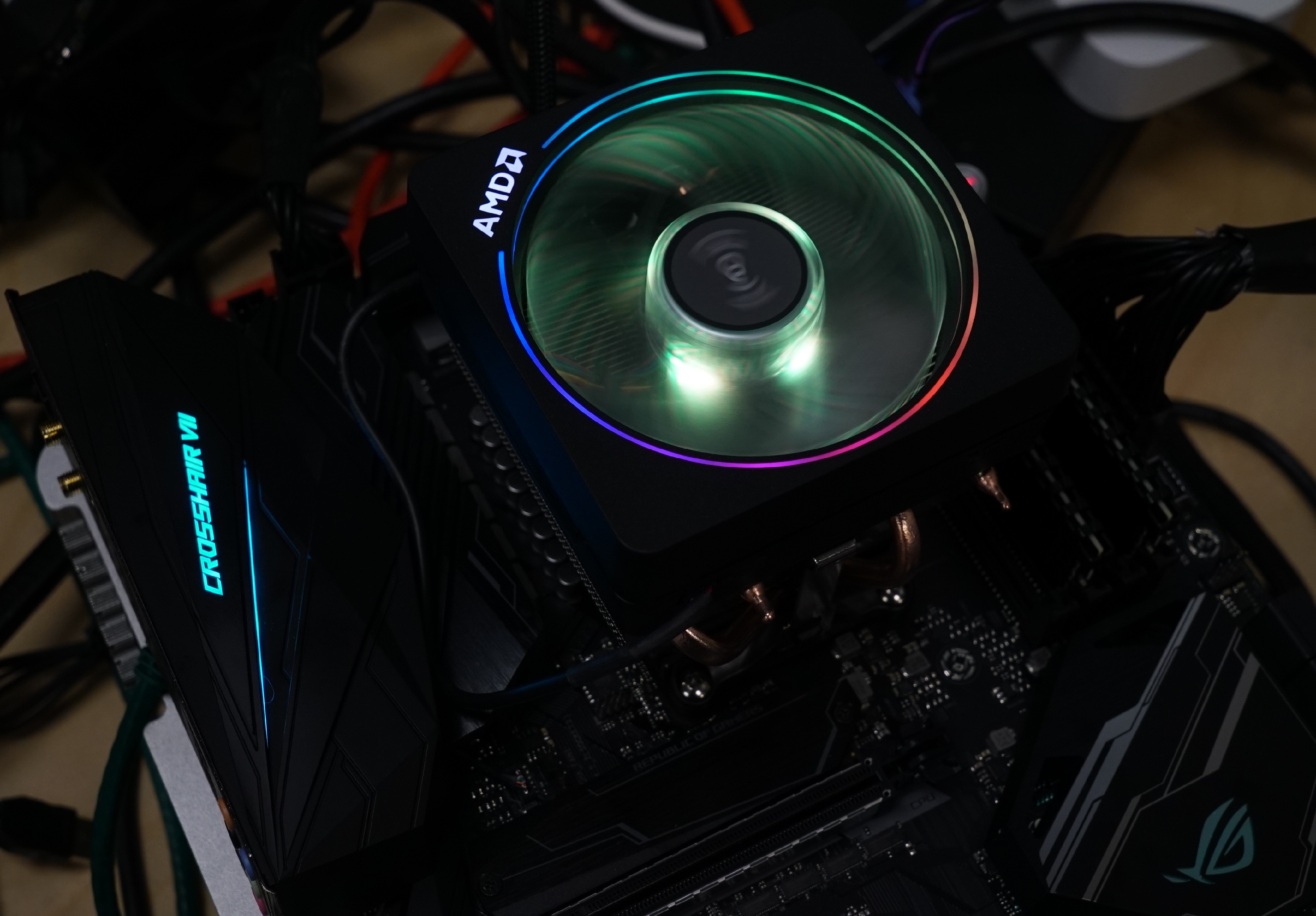 If you want the Wraith Prism to sync lighting with your motherboard, you can simply hook up the RGB header to the appropriate connection and it will be treated as an external RGB LED strip. In a sea of different applications to control different RGB LED-enabled components, we applaud AMD for providing a simpler option. 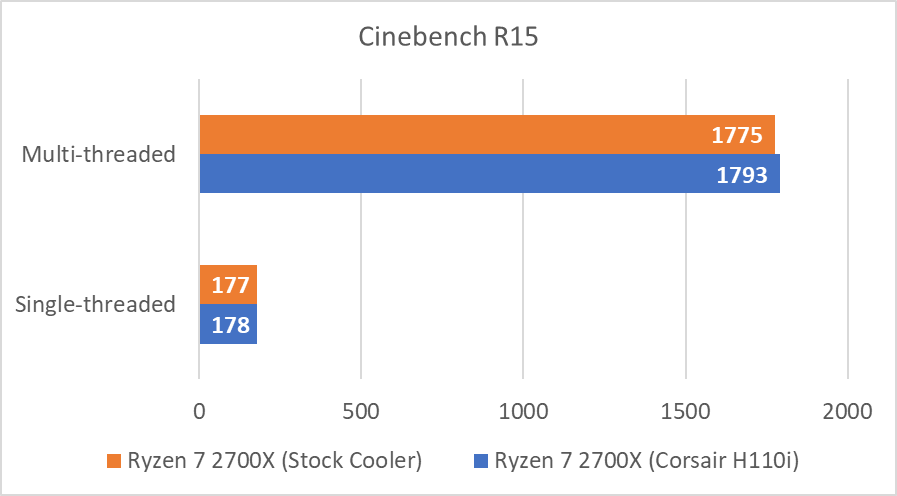 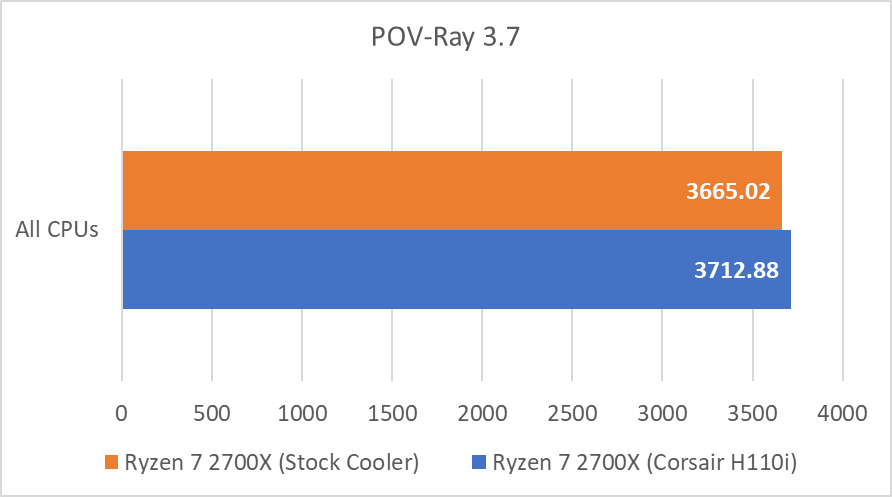 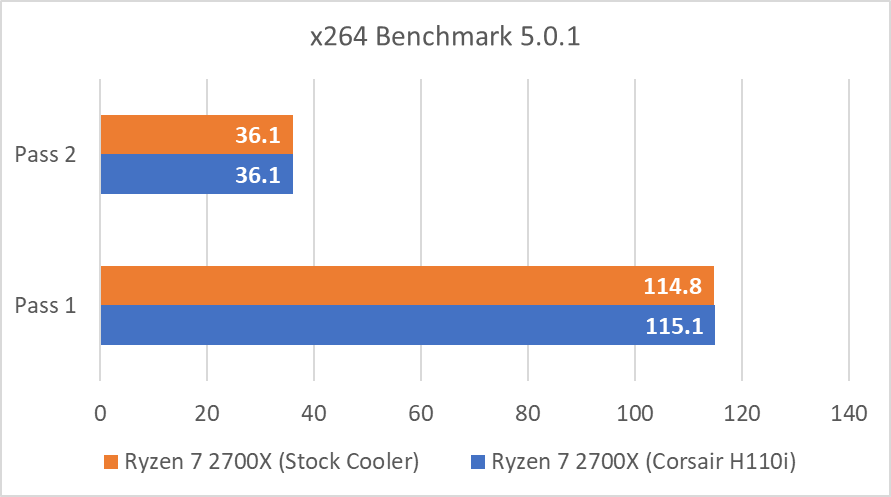 As you can see, the performance differences are negligible between the two cooling solutions. Given technologies such as Precision Boost 2.0, cooling solutions make a difference, even in stock configurations. The cooler the processor is, the longer it can stay at its maximum turbo frequencies, resulting in higher performance. 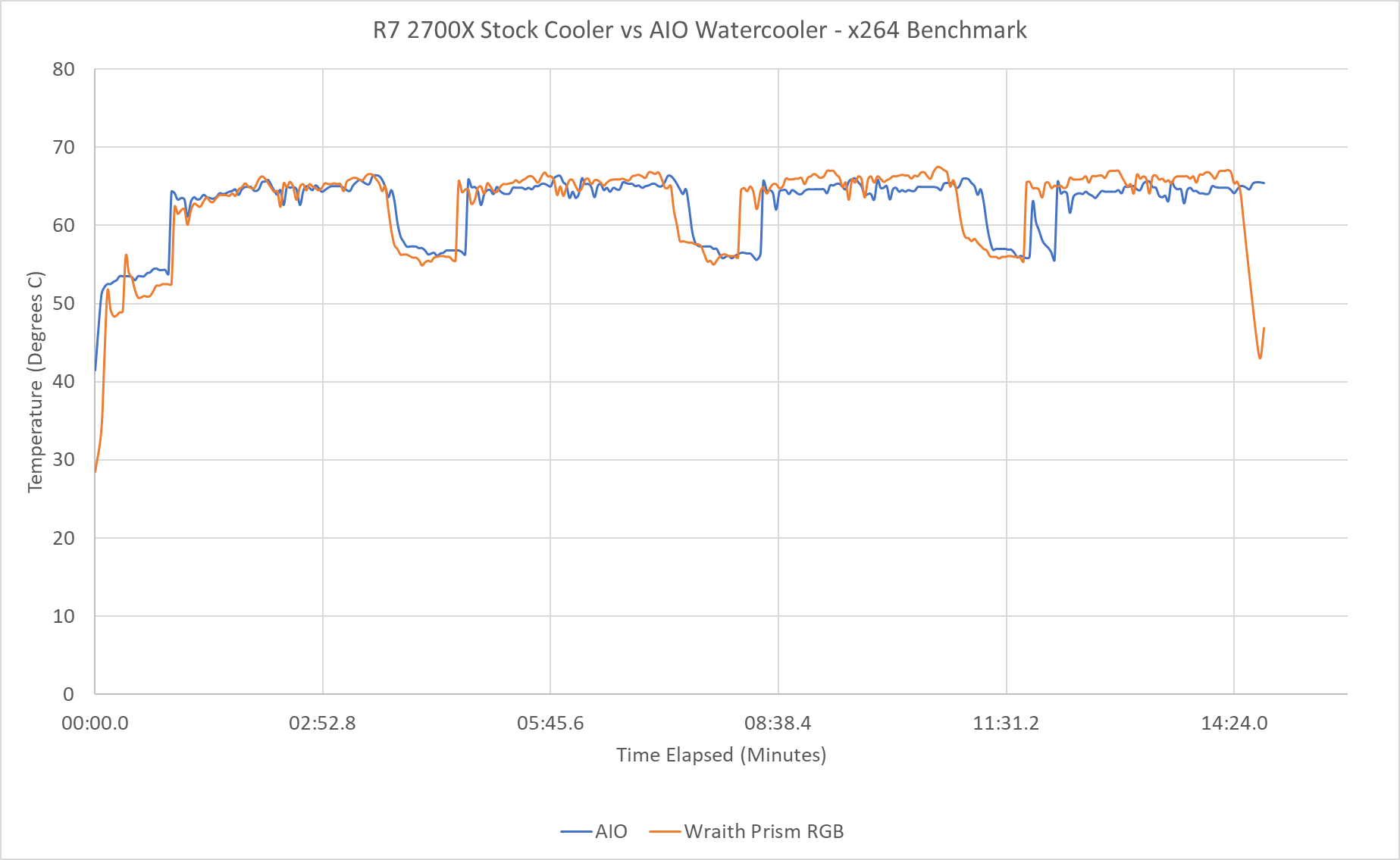 Looking at the CPU temperature of our R7 2700X on both cooling solutions, we see that at stock configurations the Wraith Prism holds it's own compared to the AIO water cooling solution. Both coolers easily stayed under 70 degrees Celcius, even under the heavy sustained load of the x264 benchmark.

Additionally, this means that the Wraith Prism should also provide at least a bit of thermal headroom for enthusiasts looking to overclock their CPU.